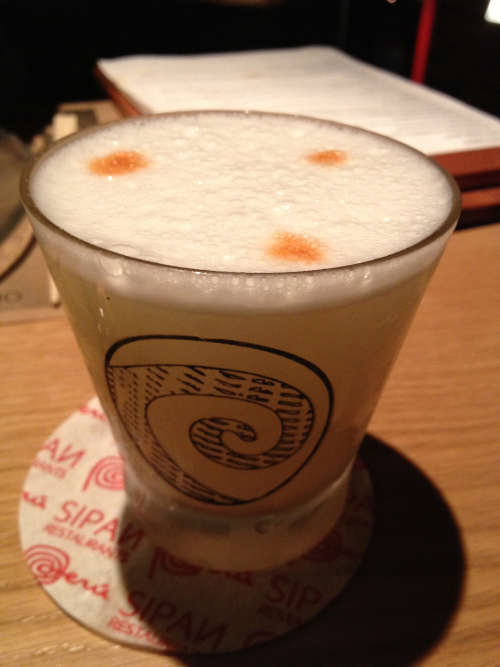 Price: Medium to high (by many diners in 2012 it was “the best ceviche in Buenos Aires so it does not come cheep, yet not too crazy). 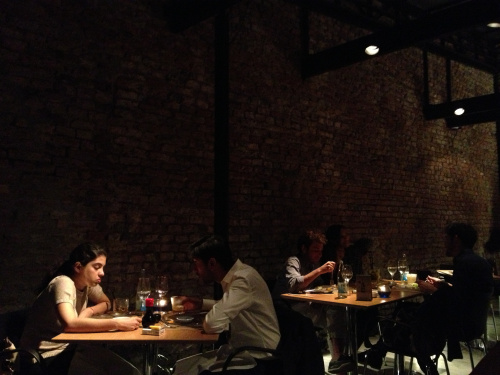 Atmosphere: Young creatives, buzzing and quite low-key considering that it is located at a fancy neighborhood hotel Palermitano. The service is off-beat but effective. Wear anything you want, although anything youthful looking would fir in the most. 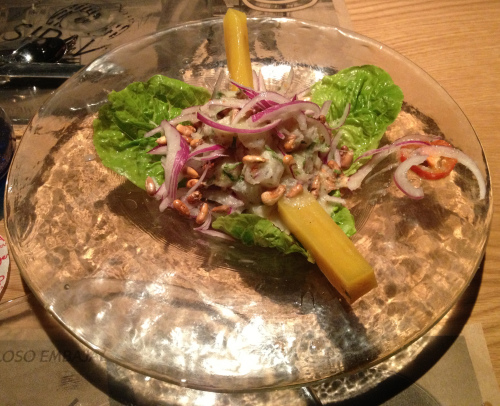 Food: Ceviche is a must here and was refreshing, juicy and intense as it should be. The white fish was fresh, corn kernels crisp, onion invigorating and the lime-based “Tigre di leche” sauce the server poured over it just after laying the plate on our table was not too sour, just right to add even more zest to the dish.
From the starters we got the Spicy shrimp, that were to our taste a bit over-flavored. The shrimps were sautéed in sundried chilly, garlic and yellow pepper sauce, served on fancy spoons to slip easily into your mouth at one bite. Unless you had a mouth of a whale you ended up hardly chewing the contents of the spoon as there was almost no space to chew in your mouth. I found it easier to grab each shrimp with my chopsticks and dip it in the rich sauce if needed, but to my taste not much of it was necessary. 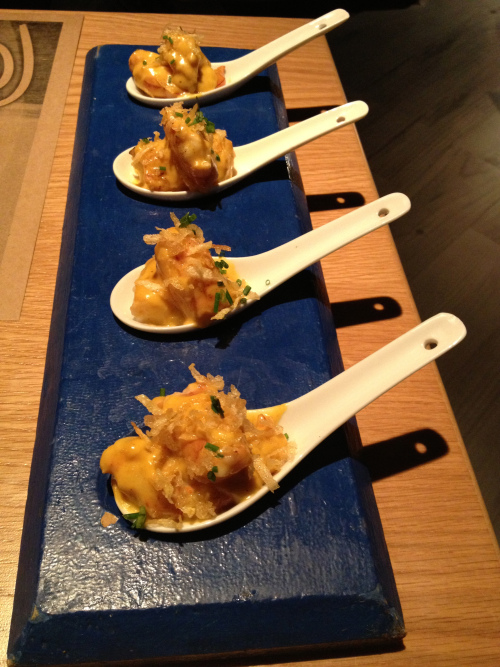 The Tiracuya Salmon tiradito (thinly sliced fish) had a perfectly delicate texture, yet it is better to share it with at least three people other wise you might end up a bit “over-salmoned”. It was served with passionfruit sauce bringing sweet and sour tone and with a crispy thin noodle-like topping, that was a bit tasteless yet fun to crunch on.
The Sipan roll looked superb, yet the super-sweet home-made teriyaki sauce made it more of a dessert rather than savory roll with shrimp, salmon tartar, cream cheese and avocado. 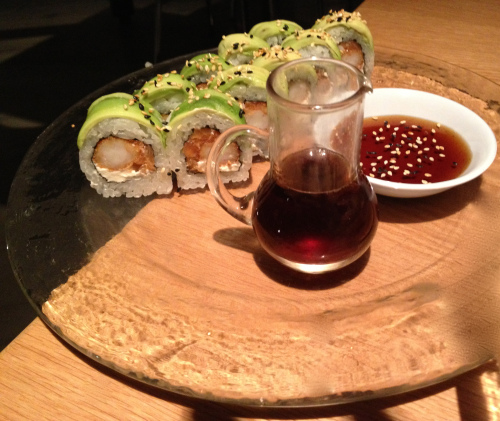 From the warm main courses we went for Seared seafood with vegetables that we saw our neighbors were having. We though that they could not finish it because of the portion being too big for them, yet, as we tasted in just a couple of moments later, it was too salty that eating it all might cause you a heart attack. The seafood was of a great quality and well cooked, just someone had to add an extra pinch of salt each time he stirred the veggies with the seafood. 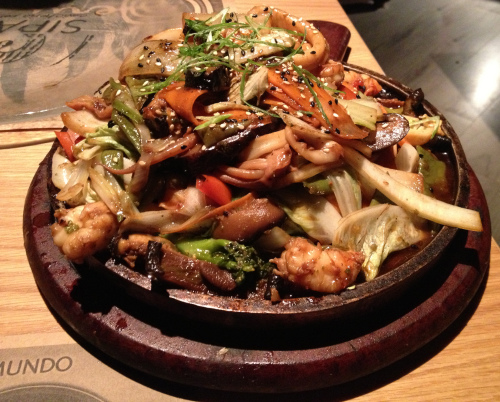 Overall, I would come back to this restaurant as it was better than the legendary South American chain of fancy peruvian eateries Osaka, but I would order just pisco sour and all kinds of  ceviche from the menu.
Cuisine: Peruvian, modern blend with Japanese – Nikkei cuisine
Visit: December 2012
Drinks: I had one of the best – if not the best – Pisco sours in my life here. Go for it as an aperitif before your dinner or sip this refreshing cocktail based on a grape spirit pisco, egg-whites, lime and sugar during your meal. Pisco sour works wonderfully with the modern peruvian dishes. Wine is an option too. Alsatian Riesling, steely Pinot Gris or even the spice-bomb of a Gewurtztraminer are my favorite choices with this type of food. Although Argentina makes some of the later as well. We got a bottle of Gewurtztraminer from Rutini and liked it, except it was a bit more sweet than we craved for, so keep it in mind.
Address: Hotel Palermitano, Uriarte 1648, Palermo, Buenos Aires, Argentina.
Contact: Tel:+(54) 11 4897-2100 or +(54) 11 4311-6875