Frenchie embodies an old Parisian ambiance blended with modern international gastronomic fare rooted in its French history.
The name of this culinary and vinous enterprise comes from a nickname given to its French chef and founder Gregory Marchand when he worked in the kitchen of Jamie Oliver’s restaurant Fifteen in London. The chef’s past also appears, like in an open book, on your plate. 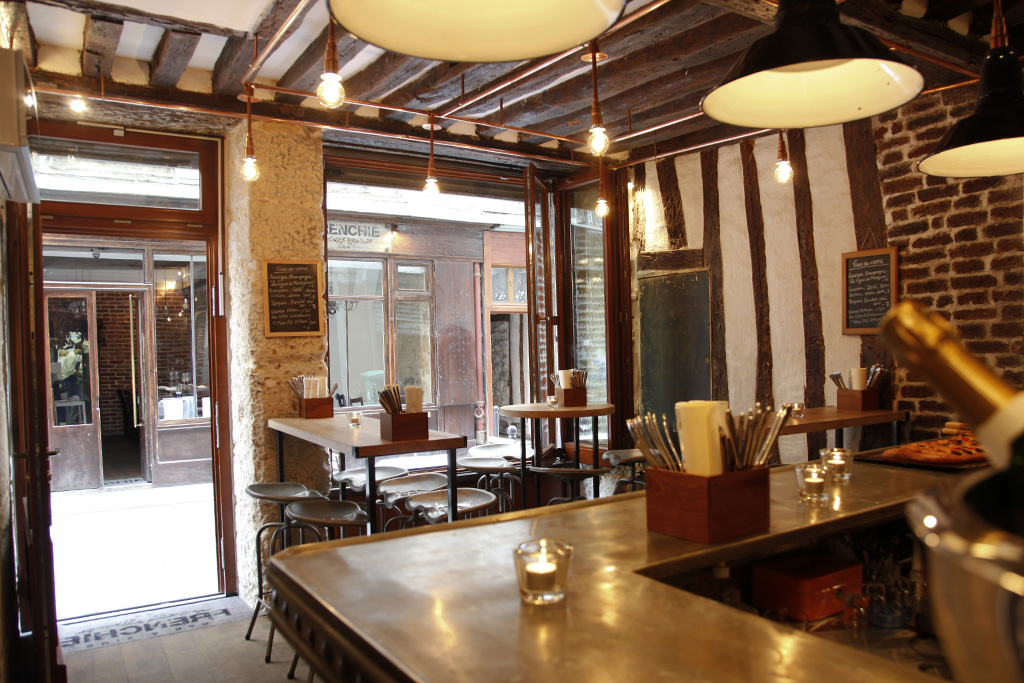 Frenchie today comprises a cosy wine bar on one side of the road, that is uplifted by its older sister (opened in 2009) – a gastronomic eatery of the same name just across, so the guests can peak from either to the other locale, scanning out what is happening over there. Usually, there is more action at the bar à vins. What connects them both is  casual generosity and excellent products. They aspire to “the motto is to share and have a good time.” 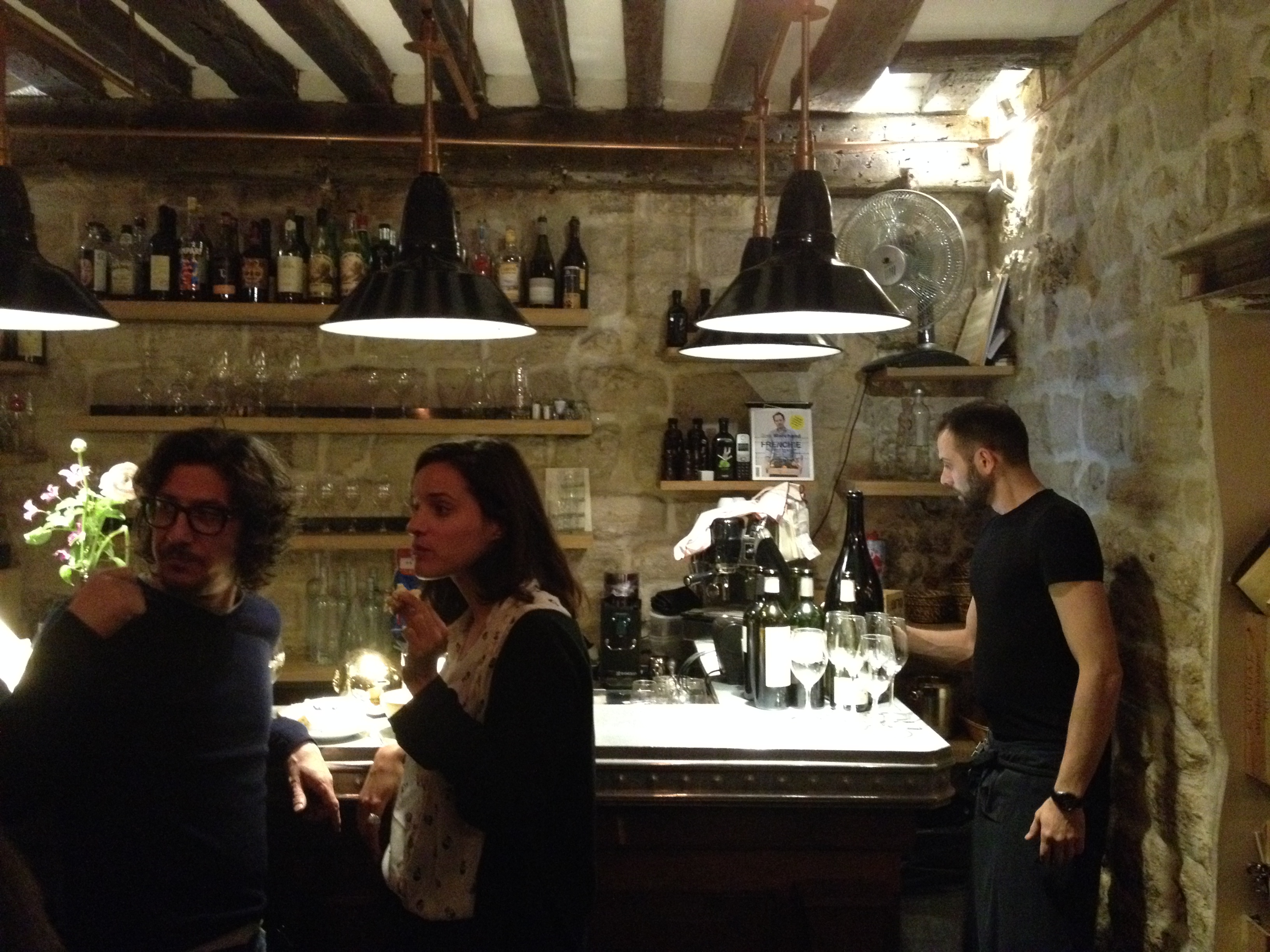 In their cosy, pocketed location near to the vibrant central Les Halles district, the restaurant, bar à vins and the third newest made-on-the-spot takeaway outlet, are  hidden away from the voracious tourist hives. The small cobblestone-laid Rue du Nil, is now the hangout for the fans of ‘bistronomy’ and great wines.

Poured by the amiable Frenchie’s sommelier AURÉLIEN MASSÉ are mostly old world wines, particularly from France, but also some from New world (currently only New Zealand). Affordability is at the heart of the list. Most of the bottles do not surpass €50 price tag. The wine menu however peaks in these red beauties:
Vega Sicilia « Unico » 2000 (€490)
Beaucastel, Châteauneuf-du-Pape «Hommage à Jacques Perrin » 2001 (€680)
Château Mouton Rothschild 1998 (< €1.000) 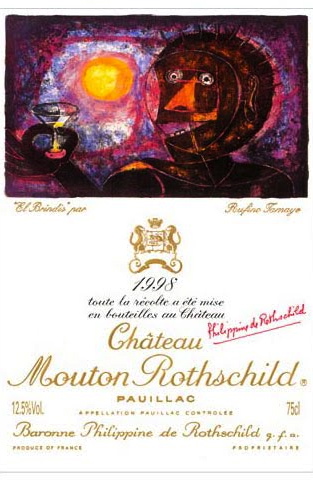 The list is constantly evolving though, so you should be open about your choices and let the knowledgeable sommelier advise you, just describe your preferences and taste and he will for sure surprise you with something enjoyable like he pleased us.
By his recommendation of a rare bottle of white Burgundy from Nuits-Saint-Georges Les Terres Blanches 2011 by Marchand Tawse, we learned that even this red-dominated appellation can strike a white gem. Made by a Canadian native Pascal Marchand, who adopted strict organic and biodynamic practices, this bottle is a less common blend of Pinot Blanc and Chardonnay showing mineral quality with crisp acidic grip strongly expressing the local soil. 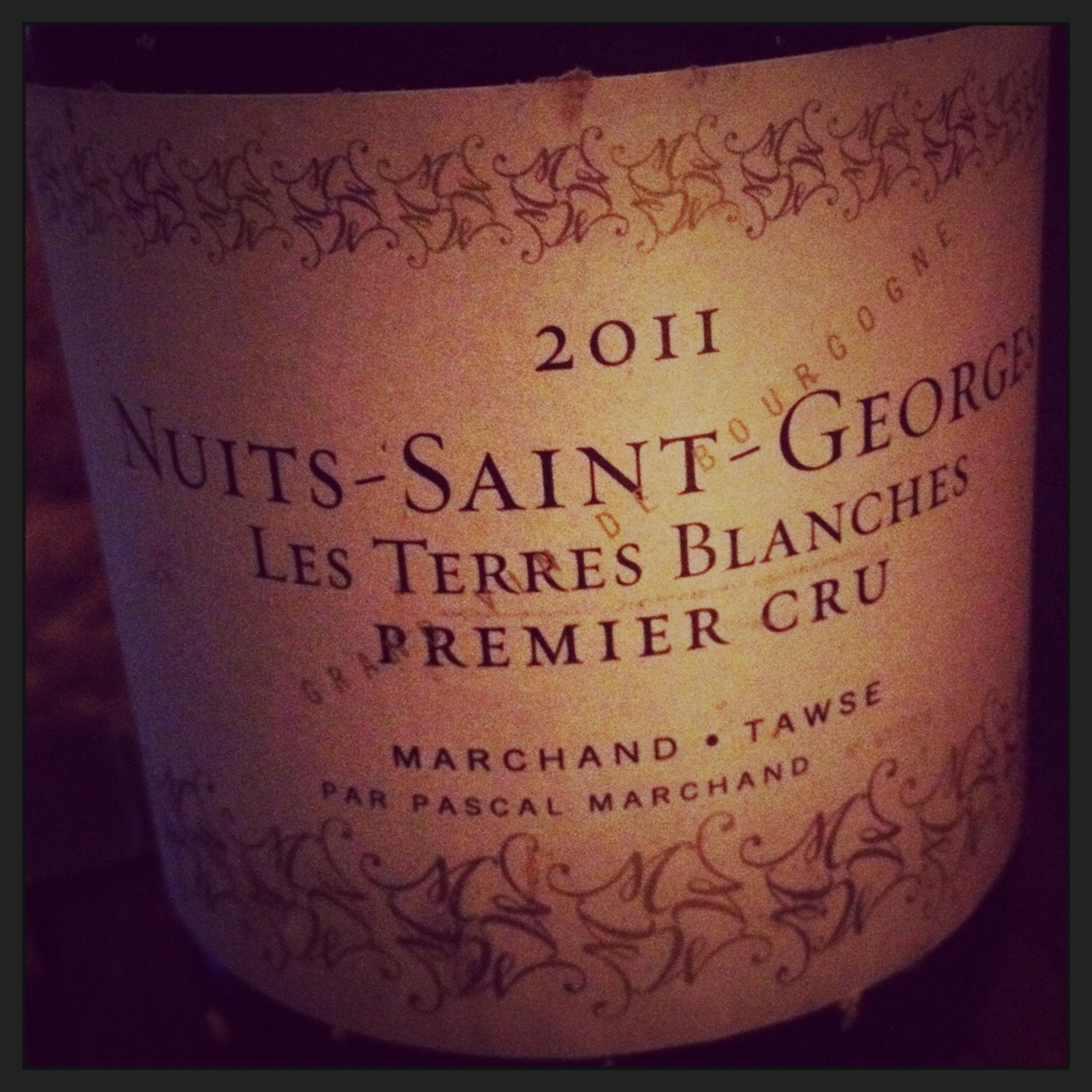 The cuisine at the restaurant and the bar has international influences of the well-travelled chef with experiences from London, Spain, Hong Kong and all-blending New York. He often combines French, Spanish, Italian and Asian ingredients in one dish. Cooking at the gastronomic restaurants of Jean Georges Vongerichten, inspired by the London’s River Cafe and his stint at the Gramercy Tavern in New York, accumulated in his first own venture back in his native country – the Frenchie in Paris. Excitment from contrast on the plate guides the chef’s creativity.
The ingredients come mainly from the popular chefs’s fresh food supplier Terroirs d’Avenir, that opened up on the same street so Frenchie always uses the superb vegetables, fish, meat and fruits sourced from its neighbor.
Terrines, homemade charcutterrie, a Foie gras in original variations inspired by the chef’s international experiences and starters like the adventurous Cream sea urchin from Brittany, starters using the Italian Burrata, and even en escape to Asia with plates inspired by various eastern ingredients. There are always some homemade pasta dishes, and daily changing fish, seafood and meat hearty dishes, that pair well with their wines.
The Rib-eye beef steak with french fries and homemade Bearnaise sauce is tongue-smackingly delicious and cries for a bold wine with lots of tannins and acidity to loosen up the weighty effects of the fat on your taste buds. The sauce is made to order fresh, so if you want more, order it ahead. It takes time to clarify the butter and emulsify it with the egg yolks in the bain-marie, then add some spark with a dash of white wine vinegar and finally bring the flavor to perfection with green herbs like shallots and tarragon. 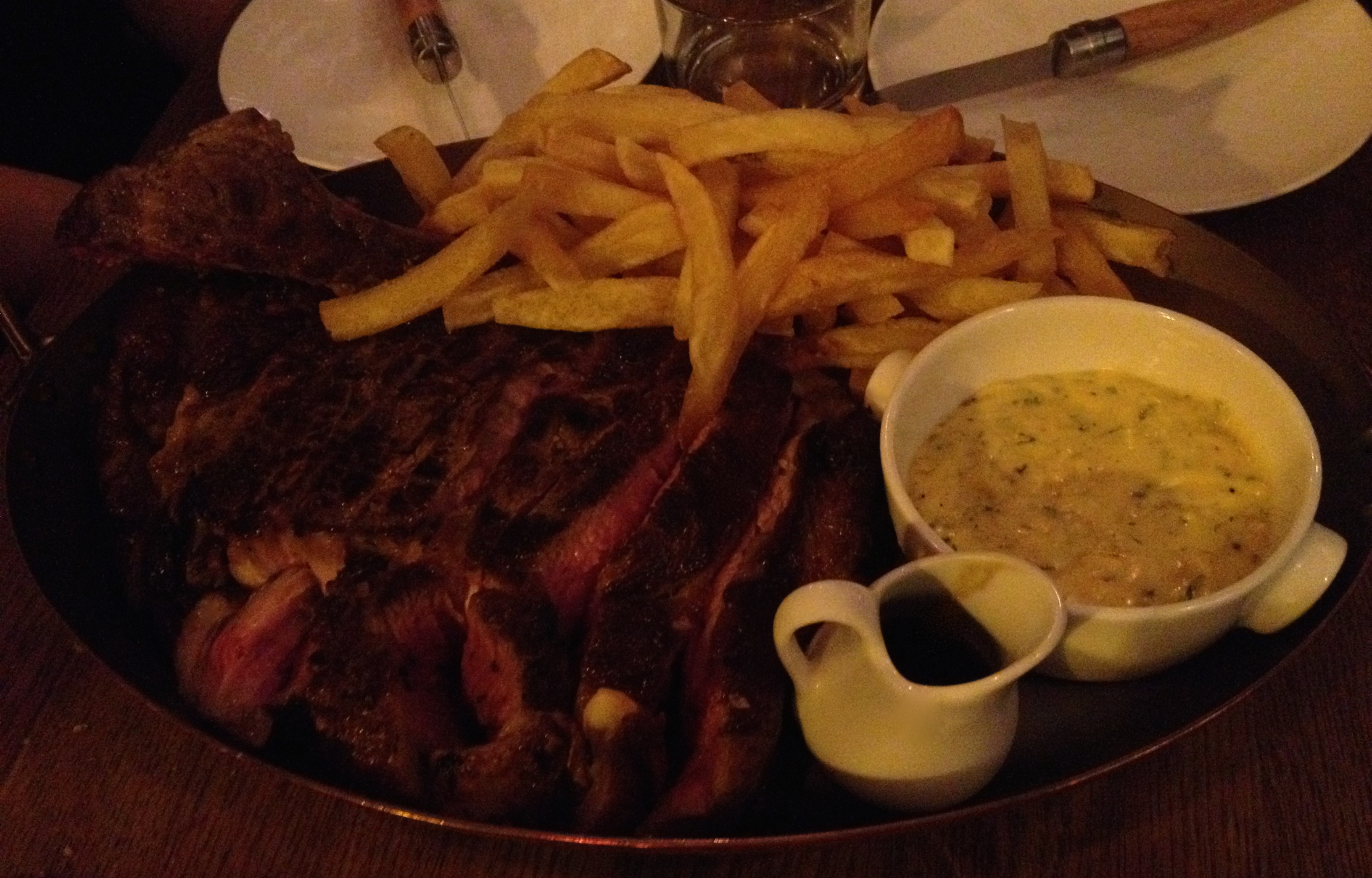 Curiously, much of the cheese comes from the UK and not from France. The chef’s English past comes to the surface once again in your cheese plate. Sourced from London’s Neal’s Yard Dairy, the cheeses are of the top quality and can be paired with wines on a request. Pecorino from Italy, Spanish Manchego and some French savory cheeses show up from time to time as well to please everyone. Cheese sometimes becomes a dessert when served with contrasting sweet condiments such as membrillo, honey comb or chutney.
Internationally inspired desserts like Honey ice cream with honeycomb, Chocolate pot with caramel butter and passion fruit or Amaretto panna cotta with avocado and chocolate stray away from the savory cheesy mode.
The wine bar is a younger, more spontaneous and approachable sister of the Frenchie restaurant, which still remains though the favorite choice crowning the local ‘bistronomy‘ trend.
If you need wine glasses for home use, Frenchie sells them at the bar as well. They really have it all; even a takeaway outlet on the same street with everything freshly made on the spot. Frenchie to Go is the youngest sibling to its two more grown-up sisters, that became such a hit in Paris.
Address: 5-6 Rue du Nil, 75002 Paris, France
Tel:+(33) 1 40 39 96 19