Modern and easy-going surfers from California to Hawaii pray by it as a quick-to-get, fresh, and tasty lunch break during an exciting day conquering the waves, but, do not get me wrong since I do not want to state here the obvious pizza, burger or a kebab! The nature of this aquatic sport and the thousands of fish swimming around brought up to the shore something fishy and fast – the fish and shrimp tacos. 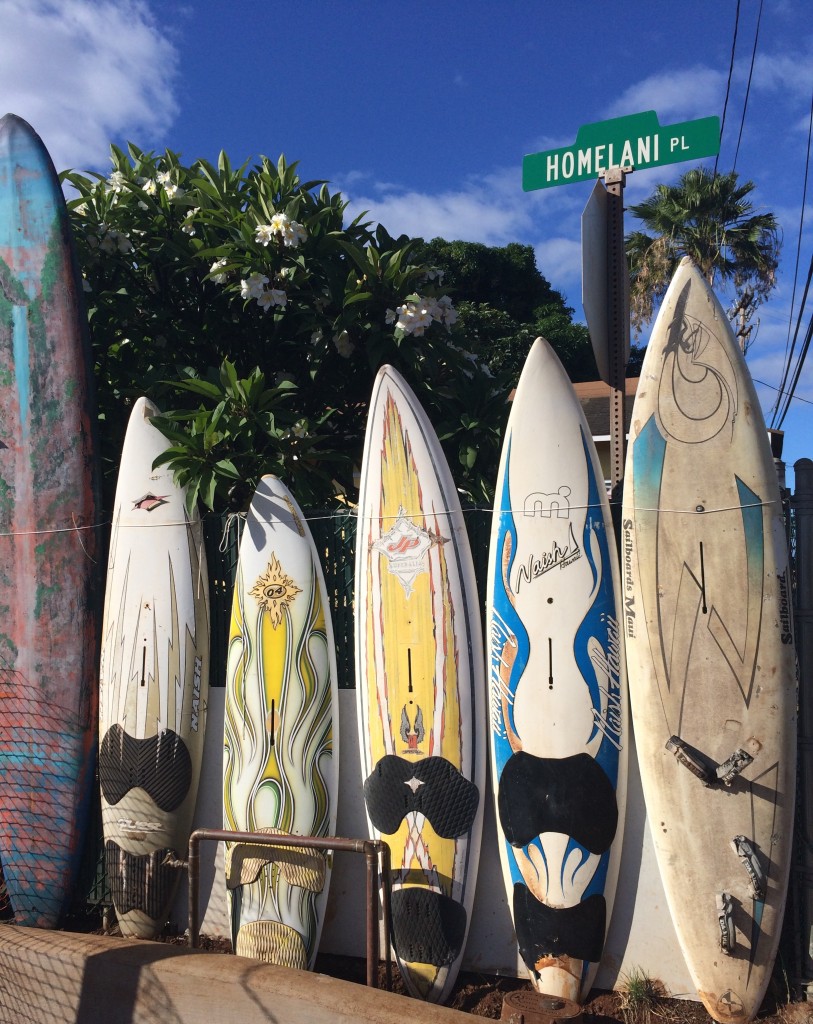 Taco, the queen of Mexico’s street foods, was allegedly born with the genes of the pre-Hispanic custom of picking up other foods with tortillas as utensils like fork spoon or chopsticks were not used. This ‘messy’ eating is not too dissimilar to the African tradition of using a flatbread as a ‘spoon’ to capture stews and other food stuff in order to transfer the meal to the mouth.
The taco tortilla is traditionally made from corn flour, but nowadays wheat is also used. It can be soft or hard shelled, but always wraps up in an U-shape similar to a small fishing boat.
As I brazed the waves of Waikiki and Maui, both boasting as being the surfers paradise, I dove into the surfers lifestyle with gulps [the picture below is the proof]. And, what I found is that now, back in Europe, I crave fish tacos like a hungry shark circling a voluptuous pray. 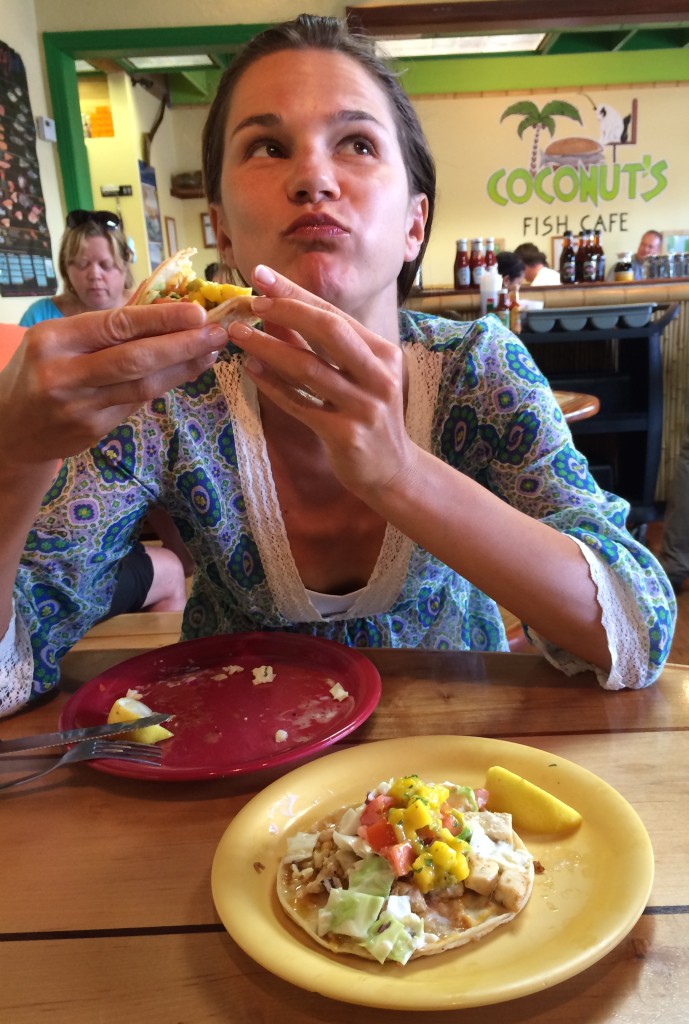 ‘Tacos de pescado’ (fish tacos) originated in Baja California region of the newly independent Mexico. The sea born snack was not considered as a main meal, but rather something in between to calm the hunger pangs.
Generally fish tacos accommodate a deboned grilled or fried fish, lettuce or shredded cabbage, pico de gallo, and a sour cream or citrus mayonnaise sauce, all layered on the top. Hard cheese is also often shredded on the small tortillas. A regional Hawaii variation is to serve them with mango or pineapple salsa.
After California became part of the US in the late 19th century, the Mexico-bordering Californians did not stop to refine the tortillas, added a few sun-loving ingredients such as lettuce, coleslaw dressing or a refreshing dollop of sour cream on top. 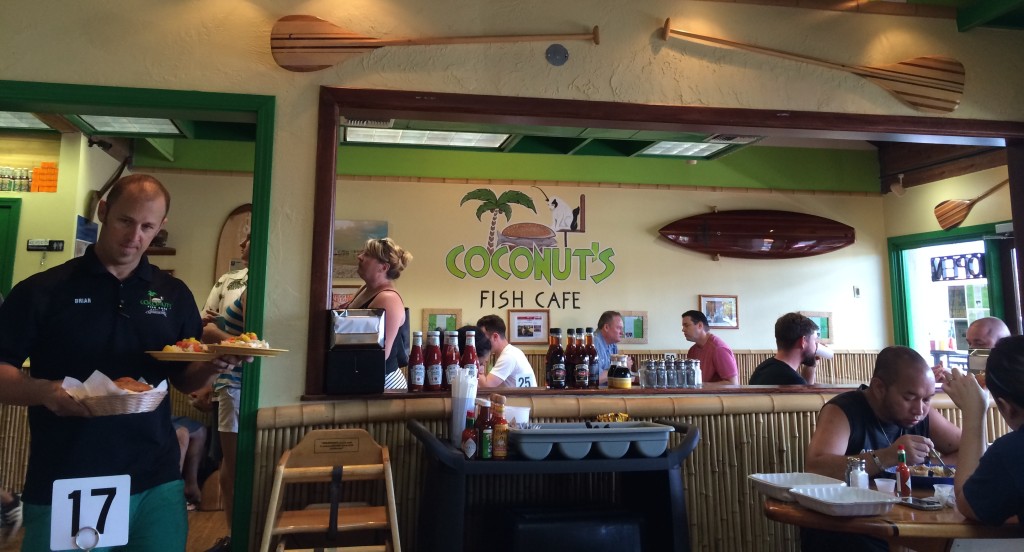 Whether it is a simple taco stand or a proper sit down affair, there always is available a wide range of sauces, toppings and add-ons.
Even my (as well as for other local surfers’) winner, the Coconut’s fish tacos in Maui, who already use 17 ingredients (inspired by the 17 different climates on the Maui island) in their generous tacos, still have a serving station with pickled chillies, chilly sauces and salsas, and also the American staple – ketchup. They served a wedge of lemon instated of lime with their tacos. The fish is moist and all the 17 ingredients play a well-rehearsed opera of flavours in the mouth.
Coconut’s fish tacos like most of its competitors in Hawaii profit from the abundance of ahi tuna fish in the surrounding ocean and serve it generously on almost everything. 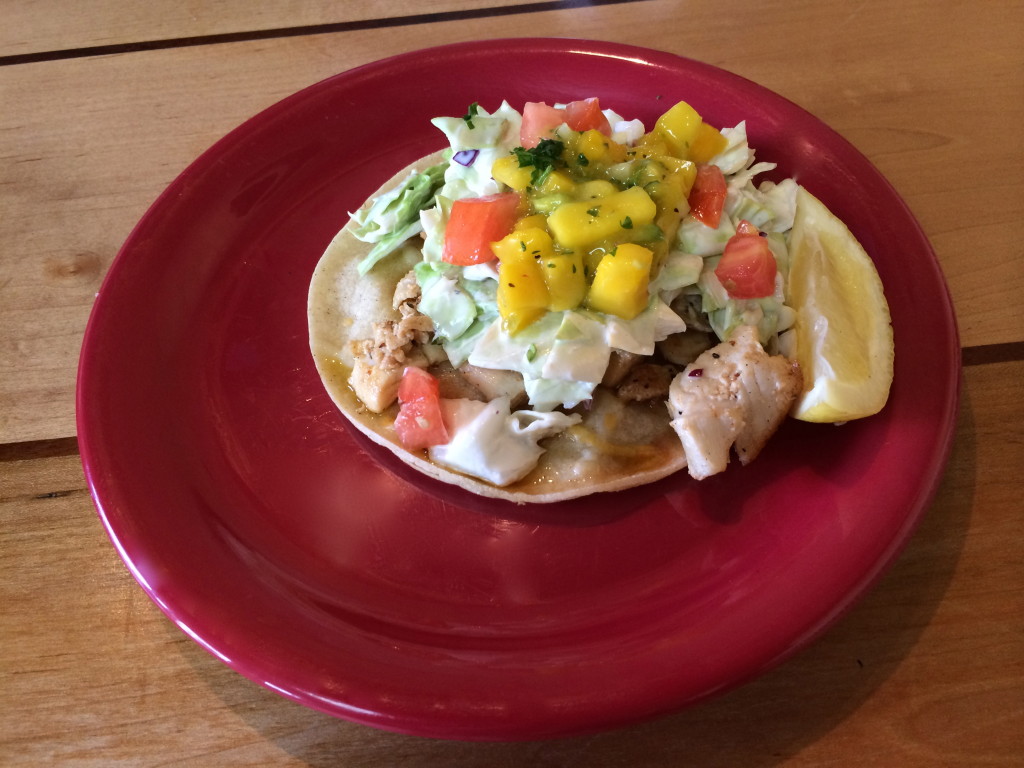 Another local taco specialist, the Maui Tacos, has star following. As many big Hollywood names stopped by for a quick bite when visiting the exotic island, the owner and the staff did not hesitate to take plenty of pictures. These are now displayed all over their humble taqueria (shop or place that makes tacos).
Their freely available add-ons include the common cilantro, minced onions, tomato salsa and various chilly pickles. Like at most places guacamole can be ordered for an extra cost. What I love at Maui Tacos the most is their Hawaii-style sweet and spicy pineapple salsa. 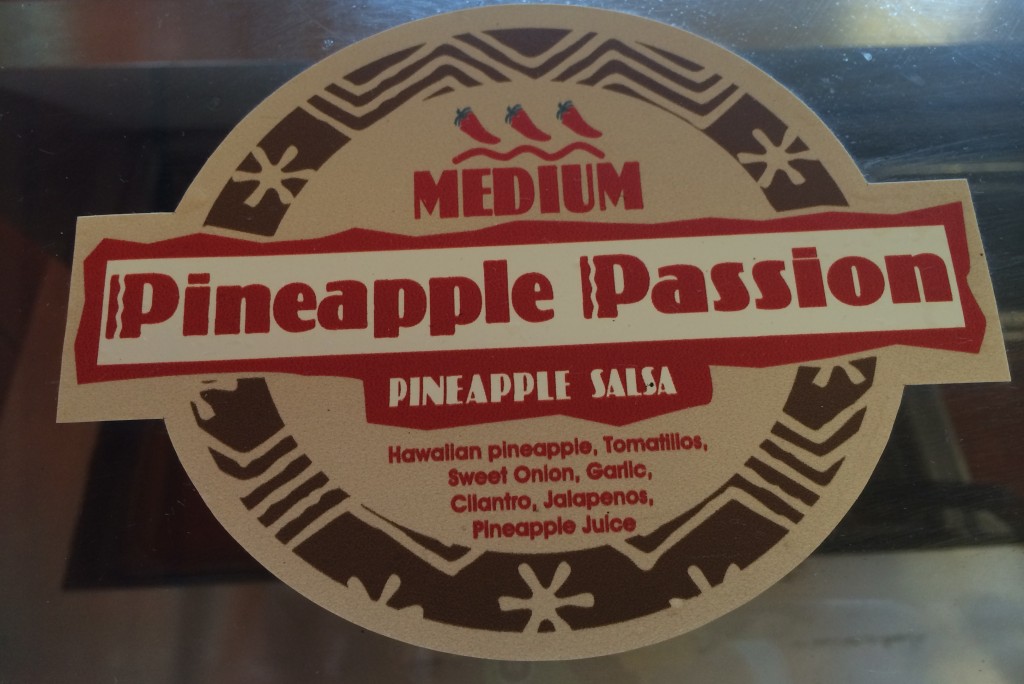 The North Shore of Oahu treasures by the locals and visitors frequented Cholo’s Homestyle Mexican eatery in Haleiwa. Its fish tacos made of “tender chunks of fresh Ahi grilled and seasoned to perfection, served on a soft, white corn tortilla with cheese, lettuce, tomatoes, onions & cilantro” for $6.00 each. With a sour juice of lime squeezed on it it makes a perfect light and refreshing starter or if ordered in combo plates a substantial fuel for the surfers that flood the area during the wavy winter months. 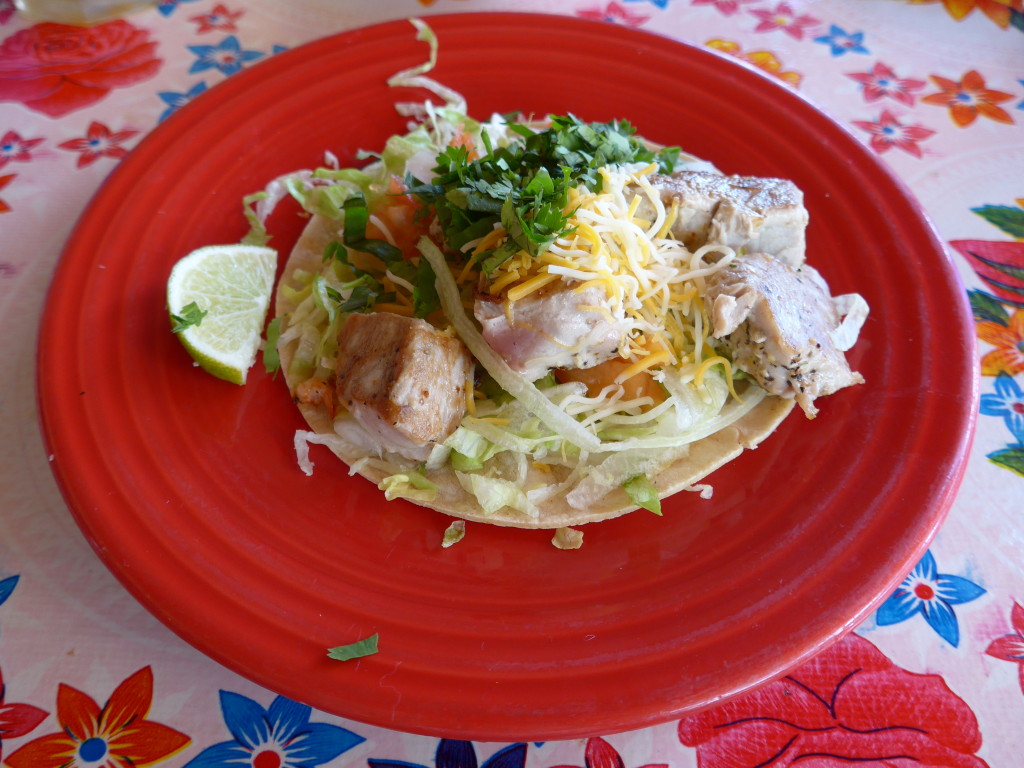 It is to the convenience, but also to the relish of the surfers, that the American influence on local cuisine transported tacos to Hawaii. With their quick preparation, no surfer does need to worry about missing a good wave. As much as I love Mediterranean food, I would welcome some fish taco stands along its picturesque coasts. Who takes on my idea?