Capri’s mountains and discreet beaches charmed once the Roman emperors, and still inspire its natural peace craving artists, writers, and a seclusion seeking movie stars. Jetting from Positano on the Amalfi Coast, the volcanic island of Ischia or from the Naples’ port, the rocky mass spiking from the Tyrrhenian sea was once an exclusive destination also for the European aristocrats. Now, that almost anyone can transfer here quite cheaply, the summers get very crowded and the place’s charm hides itself behind the veil of this colony of visitors.
You can lunch, as everyone does, at La Fontelina by the rocky horns of the postcards adorning Faraglioni. Naturally erected from the sea, the Faraglioni together with adventure and mystery exciting sea caves around the coast are the main draws for tourists. You can also soak the sun rays or hide under a striped blue-white umbrella on La Fontelina’s rocky beach.
But if you are a traveller, not a tourist, and really do not want to miss the real beauty of the island, then take a sunset or a sunrise hike up to its highest peak, the almost 600 meters (±2000feet) reaching Monte Solaro. The views are more than magical, as if climbing the Himalayas you may remain breath-less for a mindful moment, stunned by the might of the God of nature. The Roman Emperor Augustus himself, in his carved stone embodiment, welcomes you atop. On a perfectly clear day, bellow his statue deep down in the sea, dwell peacefully the Fargalioni. The fog can cover them with its hazy cloak, but the in-the-moment brief revelation is perhaps more exciting than the perfect blue plate of beauty served in front of you. 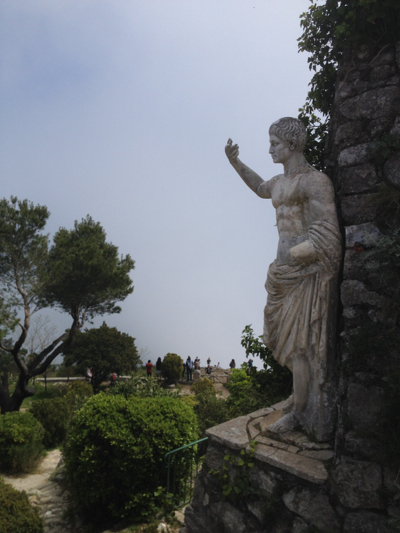 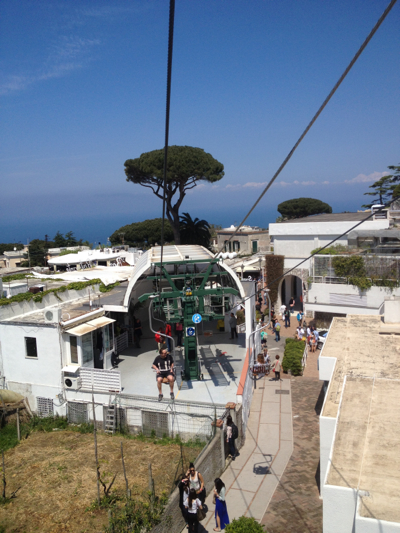 Capri is often enrobed in a mythical cloak of hanging clouds that float bellow certain elevation and you can be caught in this fluffy bed of cotton candy entertainment created in the sky on most days. Its dramatic setting, mountaineous, rocky surface, surrounded by choppy Mediterranean waters off the Italian Amalfi coast, they all contribute to the moody climate as well as to the diverse flora (reportedly over 900 species) growing spontaneously on its land. The flowers are pretty, they smell marvellously, but the beefy red tomatoes are utterly delectable!
You can take a chairlift for a lazy ride up the peak (a long waiting line almost guaranteed), for a broader and more meditative experience employ your legs in the labor they were naturally gifted with – walk. If the soles of your shoes have had enough after swishing downhill, right in the Anacapri town there are plenty of excellent Italian leather sandal makers who will customise each pair to your liking. Antonio Viva has opened his store near the stately Capri Palace hotel over a half century ago and still his “sandali caprese” last for years after your purchase. Even the occasional, bipolar shoppers like me succumb to their charms. A pair of these beauties fits like a second sole to anyone measured in-store. The Palace Hotel has remained a retreat of choice for celebrities. Their spa and the world-famous leg school alleviates any soreness after the island hikes. 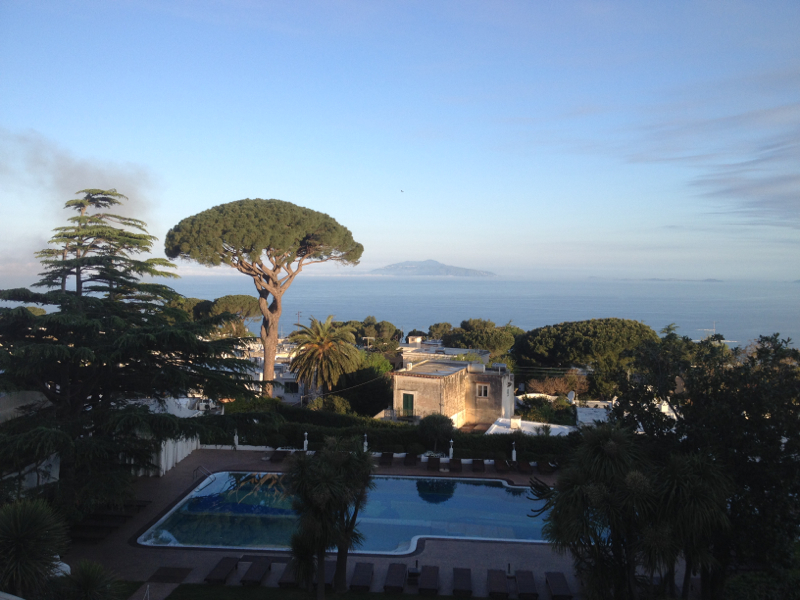 Whether you seek solitude, a romantic walk in a couple, or a family exploration of nature, the hike up to the Monte Solaro will glue firmly in your memory. It can rain during the spring and fall on some days, but the hiking paths are almost deserted. Devoted Christians can also pray as they pass through the Cavalry route. To massage your sporadically athletic buildup ahead of the trip, the hike is far from being as strenuous as over 2000 years ago was Jesus’s journey with the Cross on his shoulders.
Tune your soul and breath the purity of nature’s character, the journey up the Sun Mountain begins now. 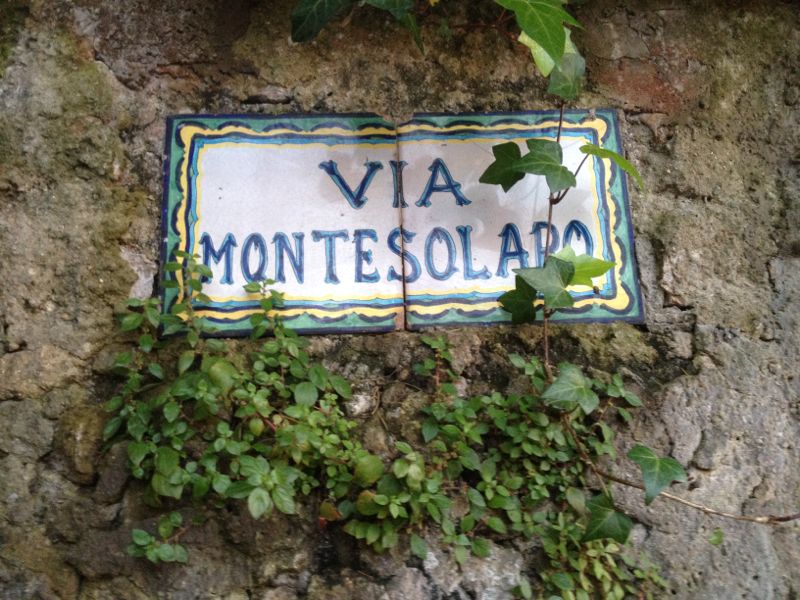 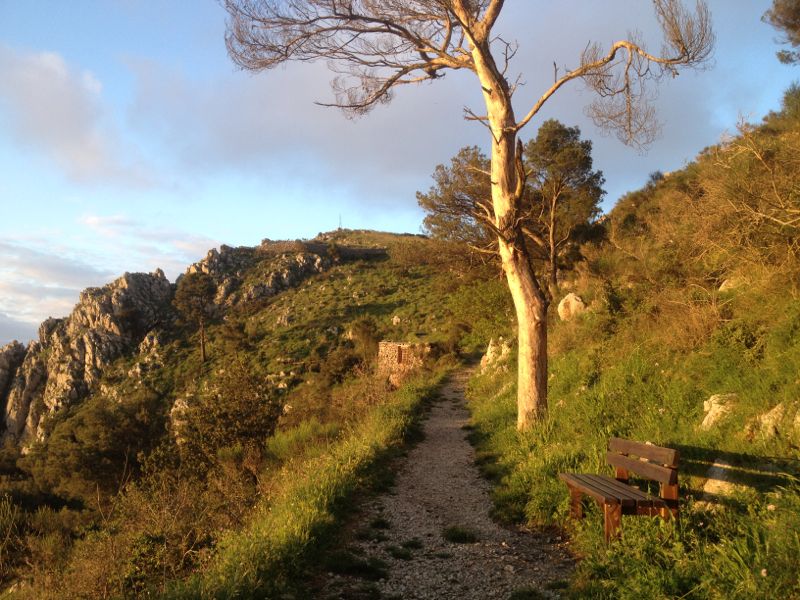 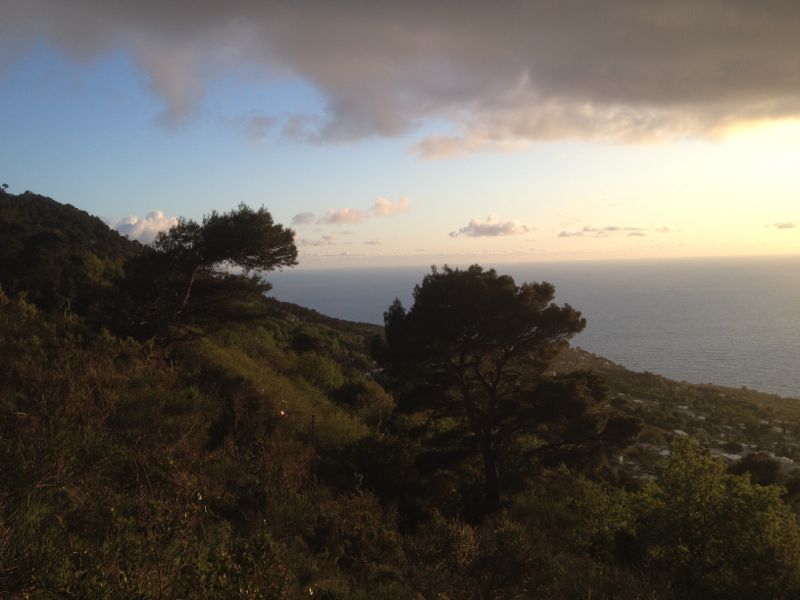 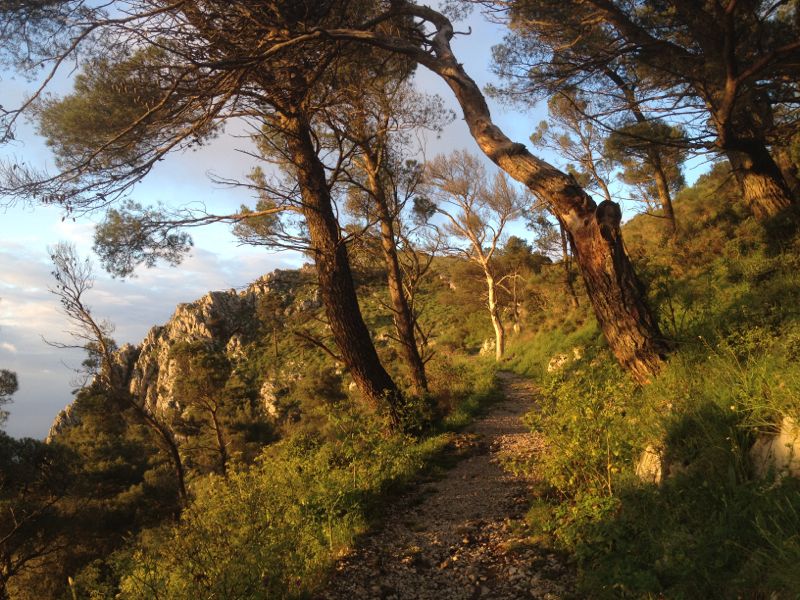 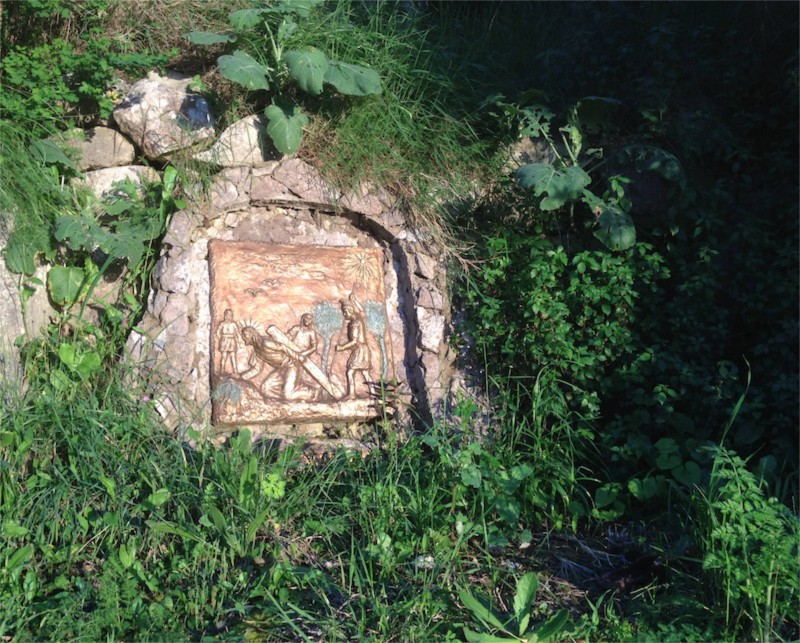 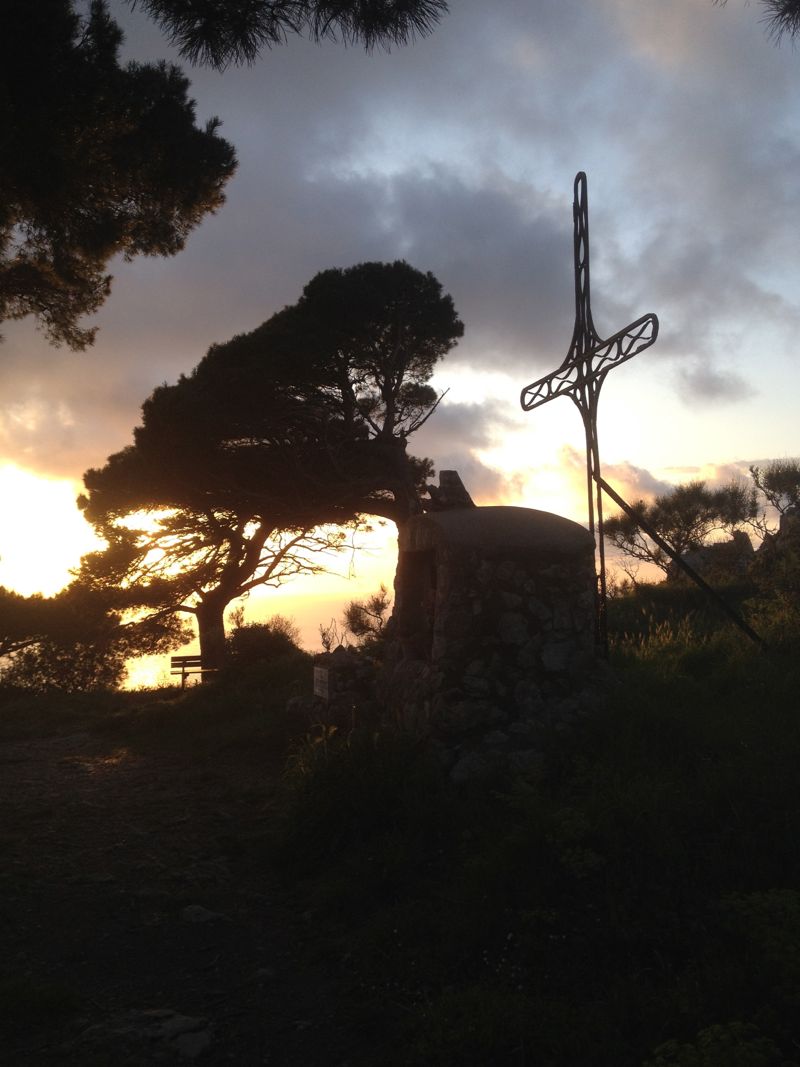 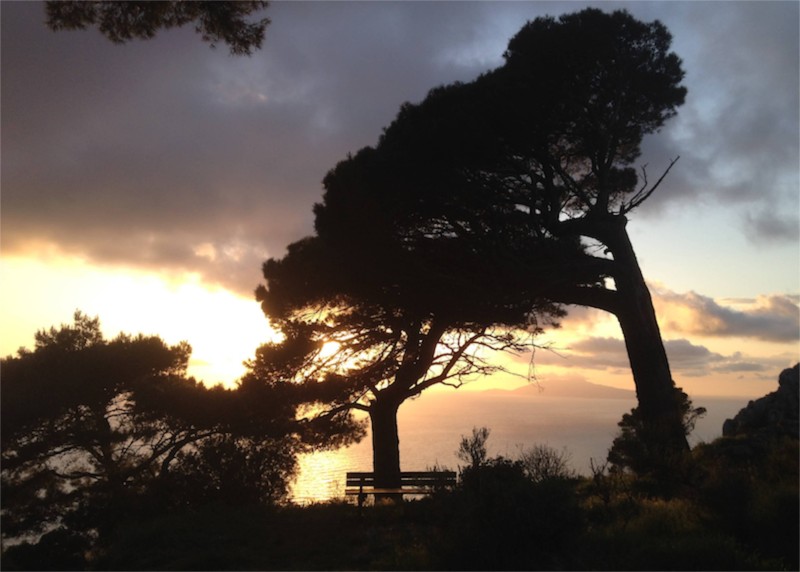 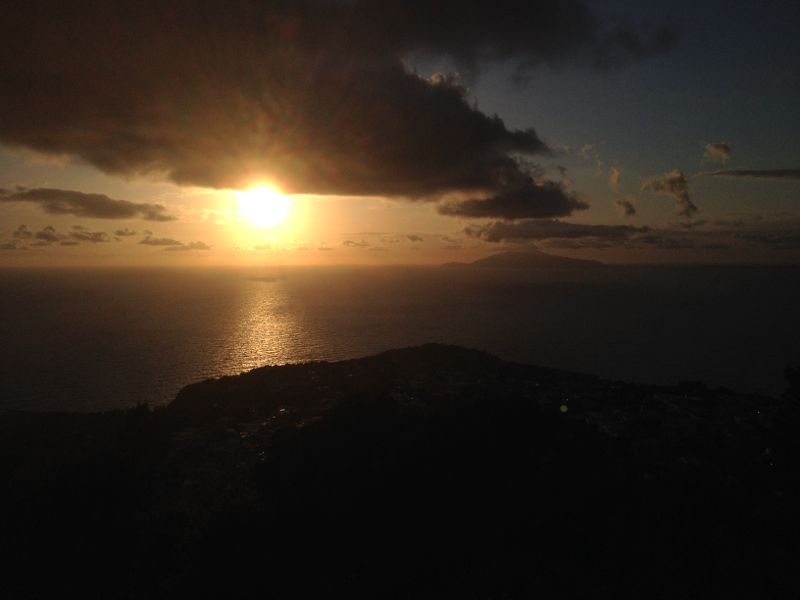