Hélène Darroze counts among the rare breed of female Michelin star chefs. Being awarded ‘The world’s best female chef’ title and two of these coveted frankophile stars at her Connaught hotel restaurant, she established herself as one of the top chefs in London and beyond.
Yet, her journey to being a recognised female chef, that now heads a number of respected restaurants, was not a smooth career on the side of a lush family life. In the inacommodating hospitality world, she had no time to get married and give birth to her own children, so in her early 40s, she adopted two girls from Vietnam. Now, although they bring her more pleasure than cooking, she reigns more fiscal power over her destiny and just launched a pop-up in the form of her third restaurant. After the success of her first gastronomic restaurant in Paris, she embarked for London, and now (since June 8th 2016) she oversees the kitchen at the eponymous hotel Maria Christina in San Sebastian. Three countries, three different expressions of local ingredients, yet all prepared with a global perspective. 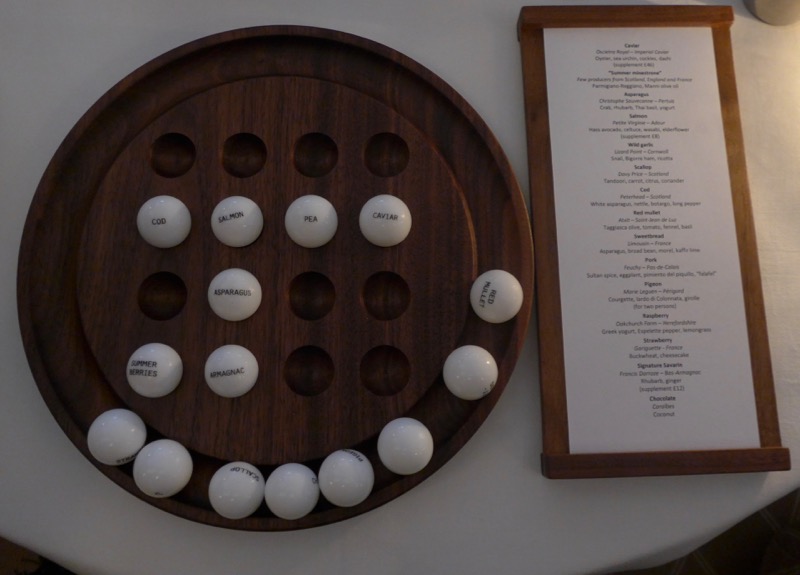 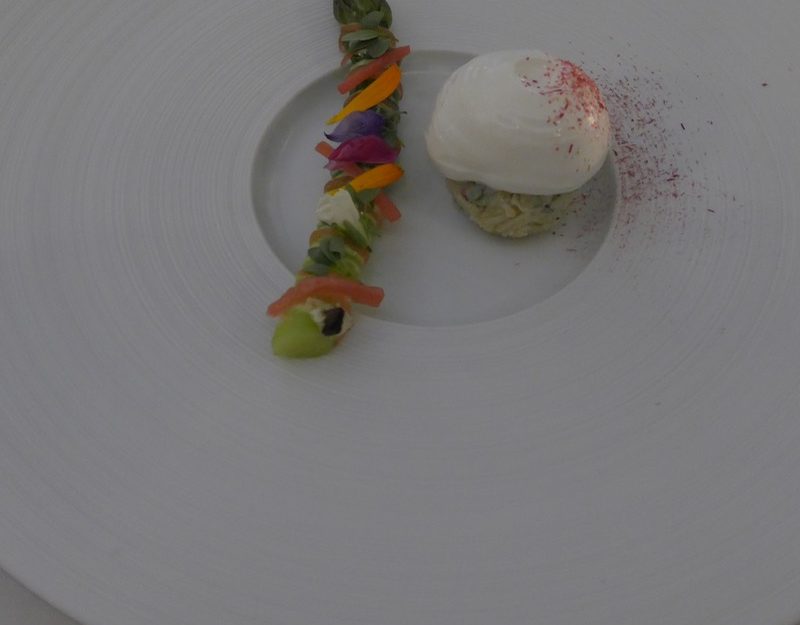 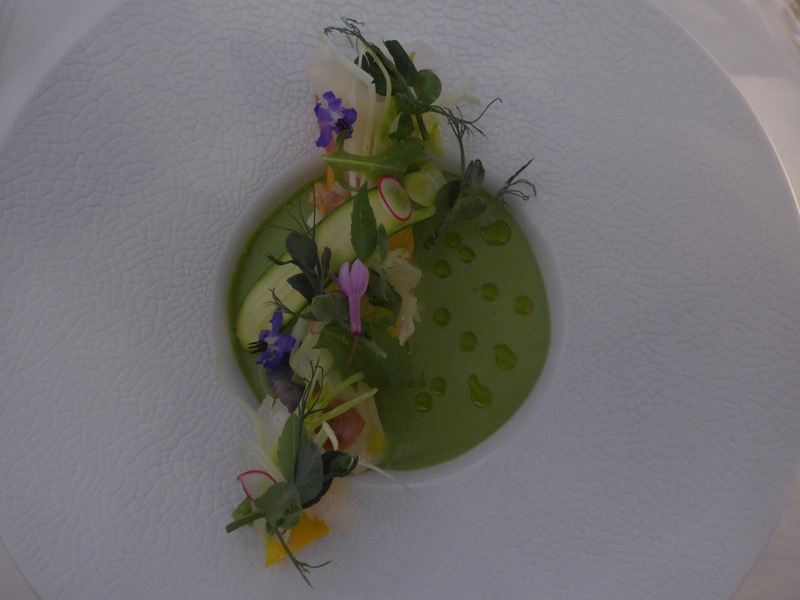 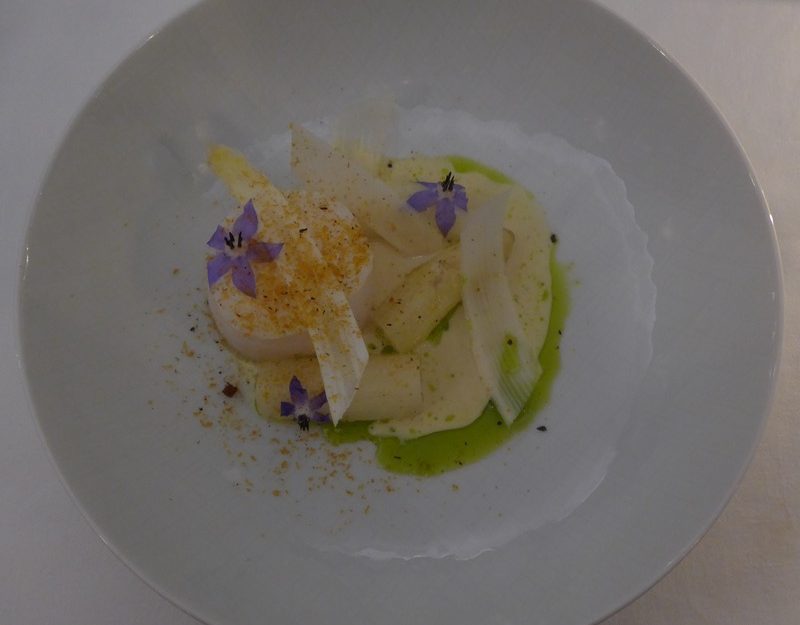 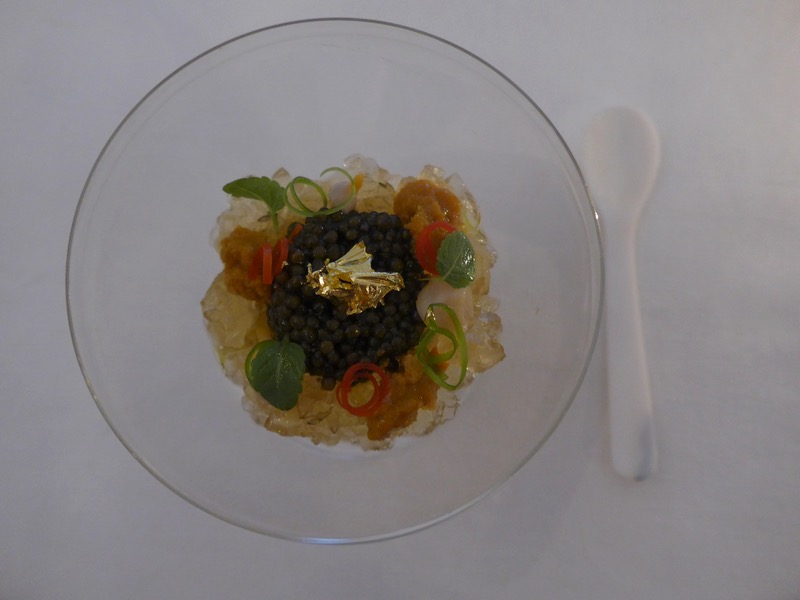 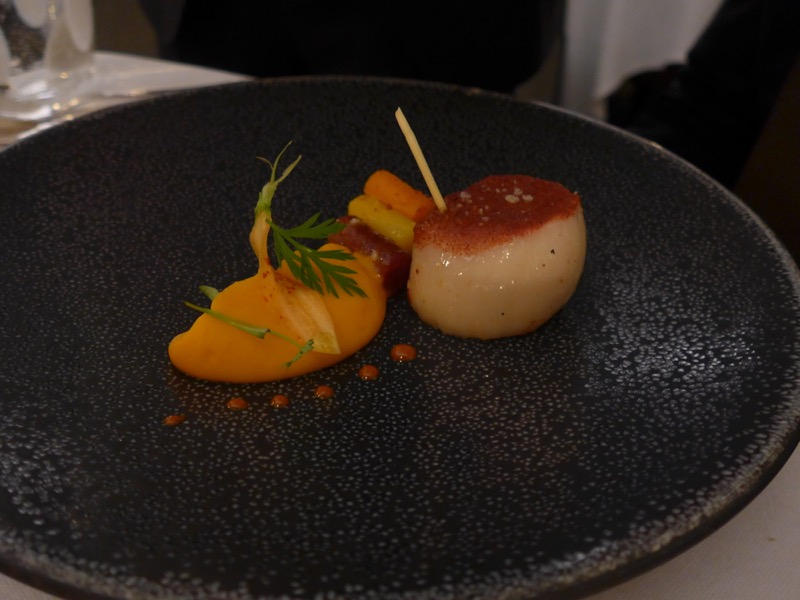 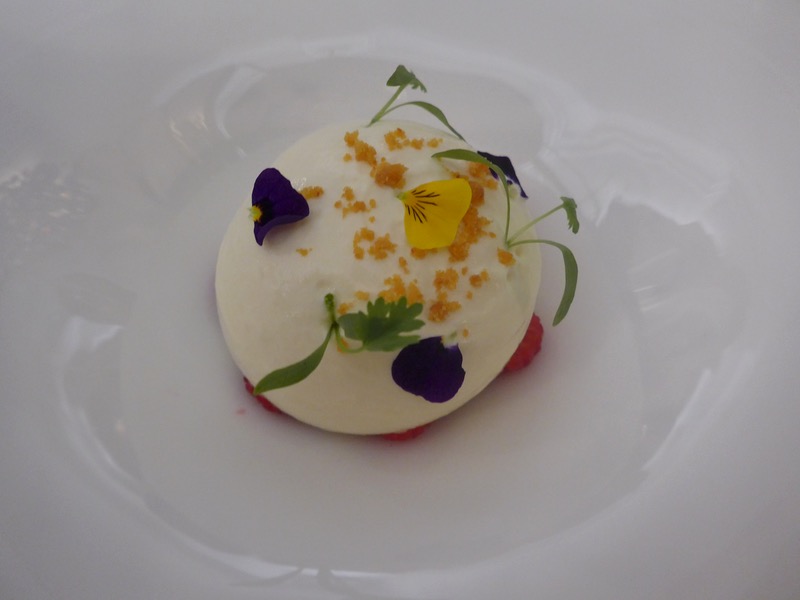 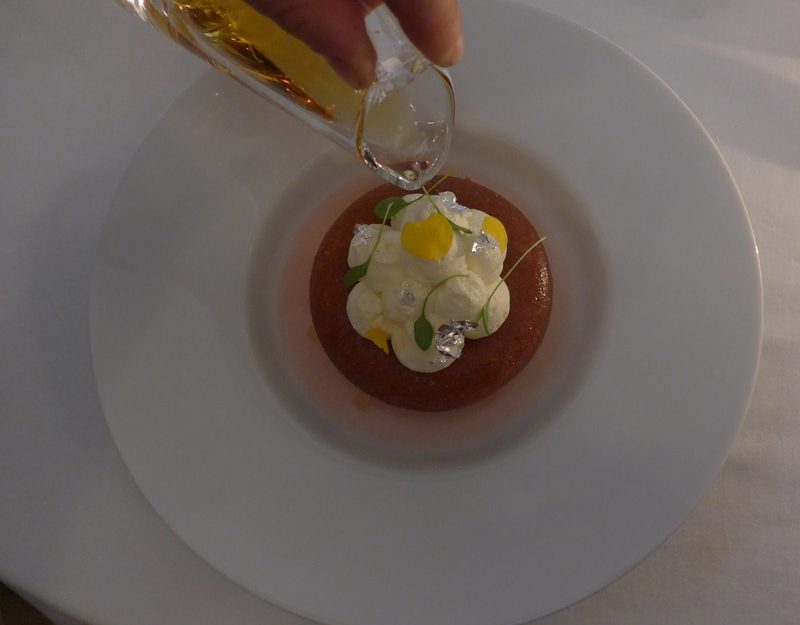 Mademoiselle Darroze displays her feminine French roots from her native Landes region (like Ducasse, for whom she briefly worked, she grew up in the South-west France) through her emotional cuisine. At Hélène Darroze at London Connaught hotel, provenance is celebrated, and the central display of seasonal ingredients that she cooks with assures you of that.
Despite the playful roulette menu of white balls inscribed with the ‘queen’ ingredient, for each of the featuring dishes, the diners are also informed about the origin of the main ingredients on a proper carte aside and on demand by the well-read waiters. She seems to be proud of knowing her sources well, which in today’s scandalous world (going beyond the most talked about horse meat scandal or the food poisoning at the then world’s number 1 restaurant Noma in Copenhagen) has become one of the priorities in dining out for many foodies.

The food is focused on the origin, freshness and an innovative assemblage of ingredients. The lightened-up French nouvelle cuisine plays a starting game, but Darozze is not afraid of using a wide repertoire of Europe-centric matches to win the tournament. On my first meal there, starting with then signature Raviole of “Institut de Beauvais” potato with Pecorino from Tuscany, confit bacalao from Bilbao, Basque pork chorizo, watercress and roasting poultry jus, I knew that I was not going to have a simple meal. The potato dough based ravioli à la Italy, filled with the Basque cod and a spicy sausage, accompanied by Tuscan cheese rather shouted a “fusion” cuisine, and thus, I would think of her cooking beyond just purely French defined.
My next meal there this month, I went for the game of her multi-course tasting menu, so I sampled many dishes and two desserts (plus the usual petits fours with tea). The Caviar served with an oyster, sea urchin, cockles in a japanese dashi broth left the borders of Europe eastwards and was nice, but perhaps my favourite savoury plate was the Cod from Scotland served with in seasonal white asparagus, nettle, Italian bottargo and long pepper. Just perfectly cooked, flaky but not too moist and the assemblage of the ingredients could not have felt more feminine!

One of the chef’s signature dishes – La Saint-Jacques – harvested XXL-sized scallop from Davy Price in Scotland cooked with Tandoori spices, confit carrot and citrus mousseline, spring onion reduction with Lampong pepper and fresh coriander is always on the menu. The Indian tinged vegetables on the side were pleasant and the robust meaty texture of the scallop was surprising. Pork is also a regular feature as is her Signature Savarin, a spongy dessert with a very English Rhubarb and the more exotic ginger accompanied by your selection from three vintage armagnacs made by Francis Darroze. After such a big meal though, I enjoyed the much lighter dessert served before the intense Savarin, the Strawberry in a white hat of thick cream a la cheesecake with the seasonal Gariguette strawberries from France and a buckwheat crumble. So soft and light that I could have had a second serving of the same! 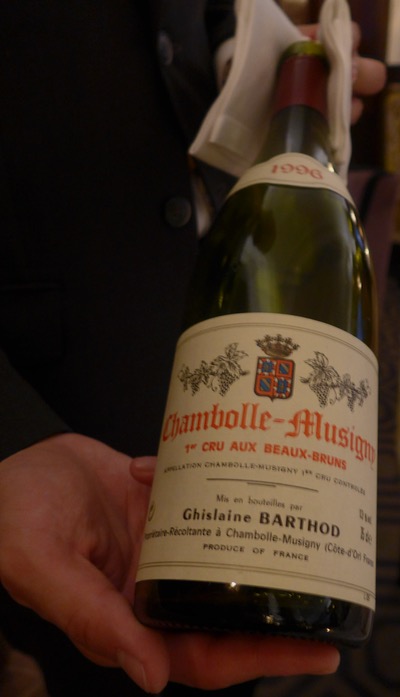 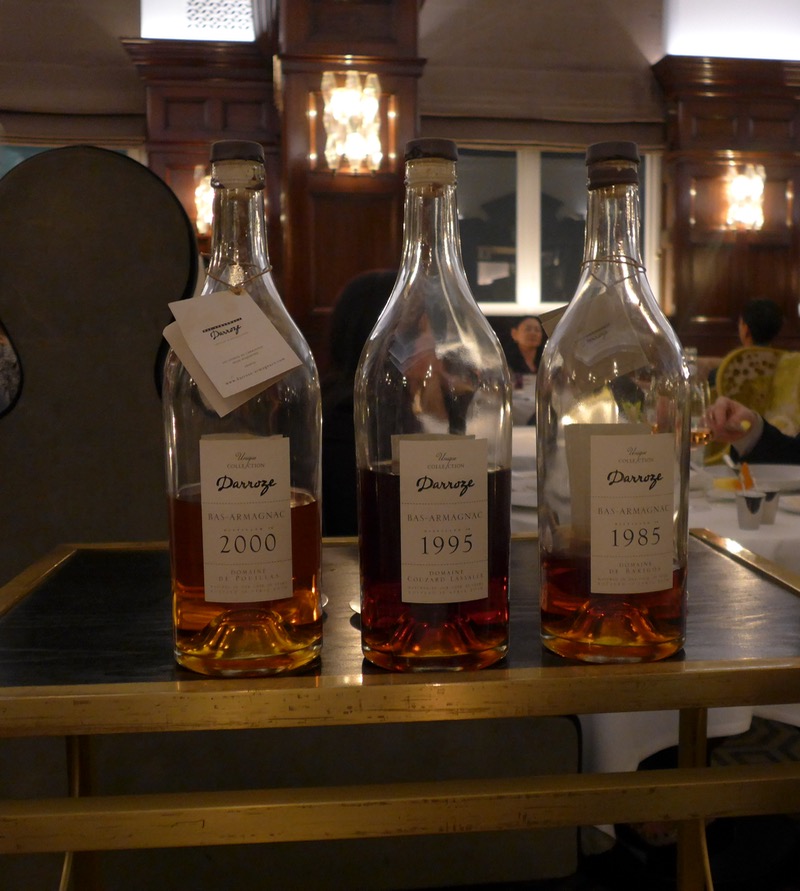 Thanks to the invention of coravin, the impressive wine-by-the-glass selection is tempting, and we were easily seduced by it for our aperitif, actually two glasses each. Some of the wines are served from a magnum size bottle, which makes them mature a bit slower. Starting with a glass of sparkly, the vintage Champagne, then moving to a white Chablis Le Clos Monopole, Château de Béru, which was served by Magnum. I managed to pair the minerality of this Chardonnay with the first creamy vegetable and fish dominated courses. Being a Pinot fan, a  nice bottle of red Burgundy followed. The Chambolle-Musigny Premier Cru by Ghislaine Barthod in a glorious 1996 vintage, still fit our budget and was delectable. A well-advised savoury wine by the friendly inhouse female sommelier.
The Connaught hotel has tremendous cellar so if your pocket allows it and you want something special, you can get one of these rarities:

The serious, old school, classic interior with heavy wooden features invites to dressing smart, city-like, men are preferred to wear a jacket. The chairs are comfortable and service very friendly and polite as it should be for a Michelin establishement, so you will easily enjoy dining there for hours!
Hélène Darroze at London Connaught hotel brings you a game of flavours. With the menu being very playful in itself, and the wine list one of the most impressive in London, be assured of a high level of gourmet entertaining for the day.
Tue – Fri: Lunch: 12:00pm – 2:30pm; Dinner: 6:30pm – 10:30pm
Sat: Brunch: 11:00am – 2:30pm; Dinner: 6:30pm – 10:30pm
Carlos Pl, London W1K 2AL
+44 20 7107 8880, Email: dining@the-connaught.co.uk