Buenos Aires, the capital of Argentina is where a metropolis meets an affluent heritage contrasted by its harsh current life. The epitome of untamed politics of the South American continent, democratic on the surface, but harming its own people through unstable economic policies that degrade common wellbeing, created a fertile ground for Latin America’s street art.
The Argentines with their open latin attitudes and an expressive way of being are well equipped to comment creatively on their cultural, political and social observations of daily life. Such an embracing spirit attracts also many foreign figures prominent on the global street art scene.
A savvy photographer friend of ours recommended taking a guided tour of the local street art, so we followed her guidance. Soon we were to realise how much our trip to Argentina was enriched by doing this. What’s wonderful is how street art changes so rapidly. What is on the wall one month can be gone the next or even tomorrow as the wall is painted over, the building demolished or a rogue grafitti scrawled all over the art.

We were impressed not just by the colourful diversity, open criticism and the skills of the creative ‘wall painters’, but by how much more free the contemporary street art is than most exhibited in galleries, museums and shows in the curated world of art.
Here are my personal selections of the most captivating street art that we were shown by our guide from BA Street Art. 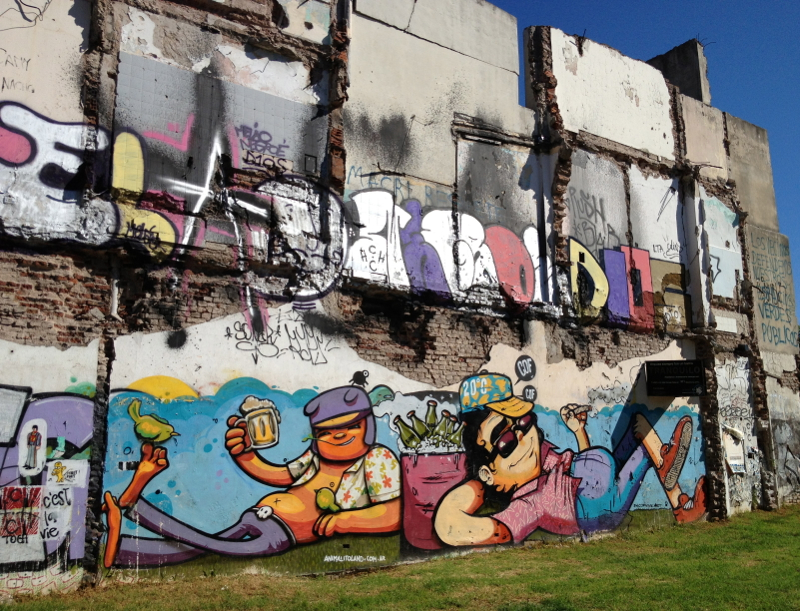 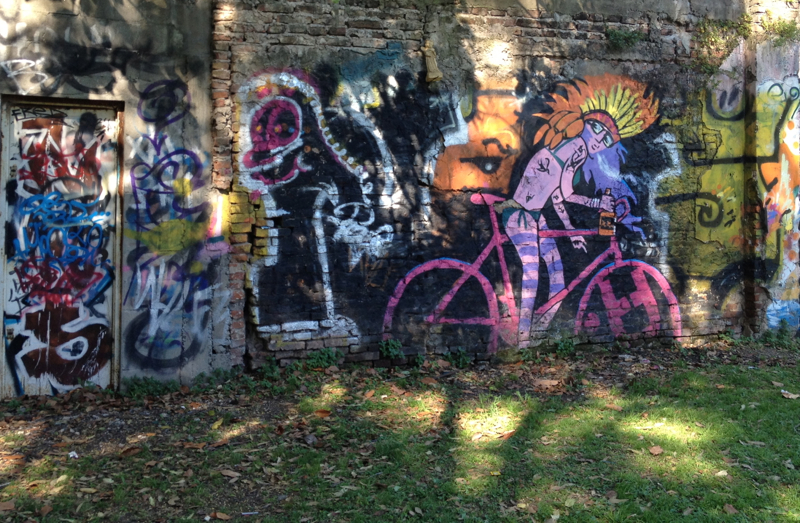 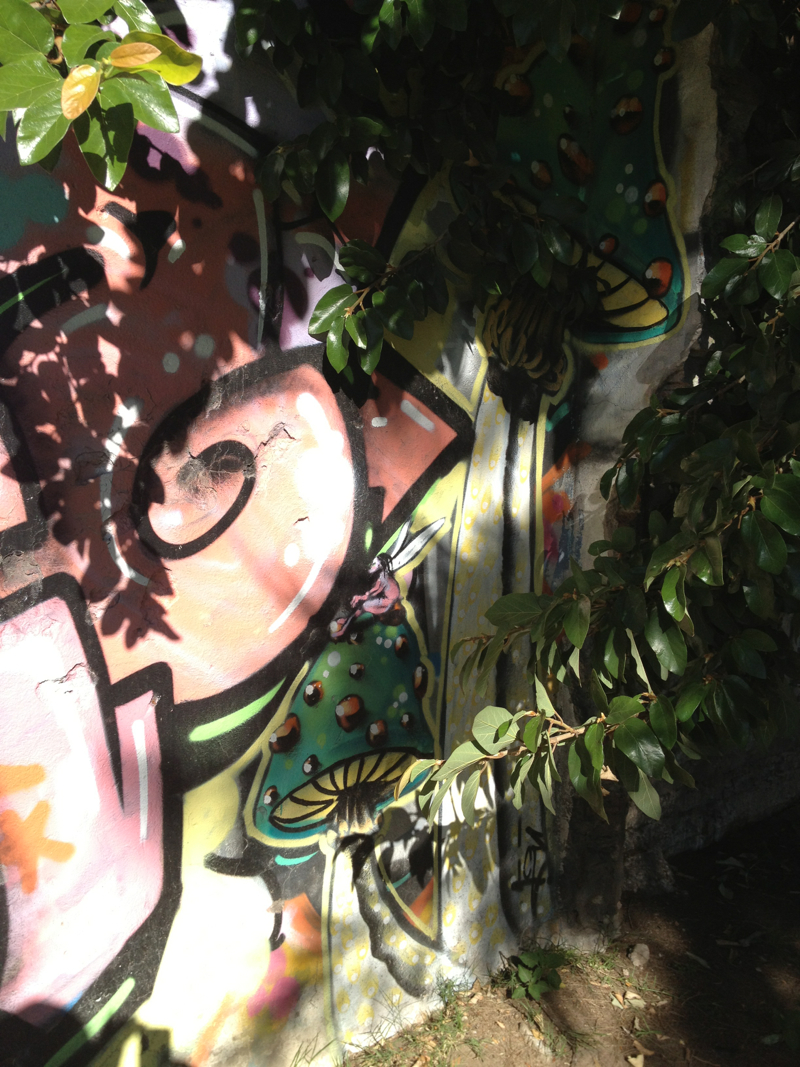 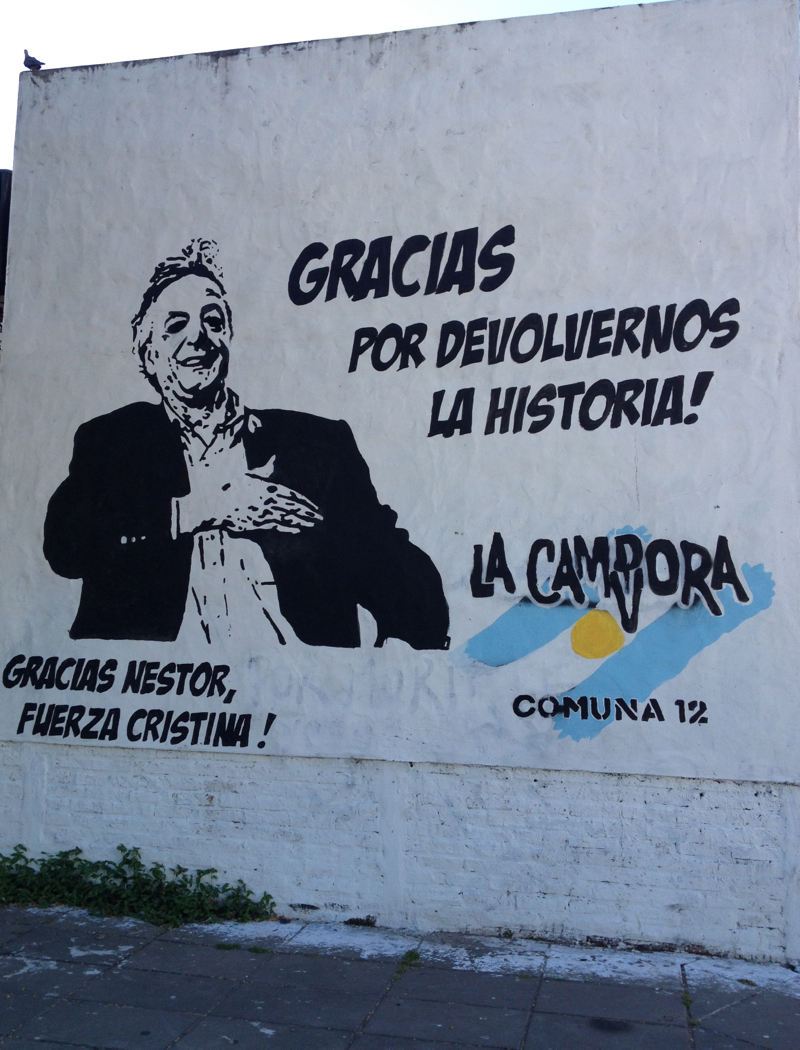 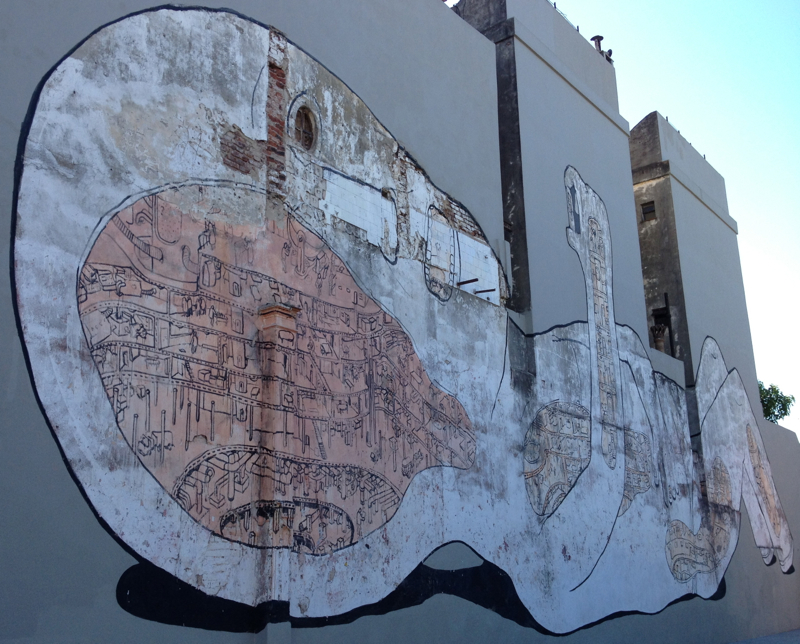 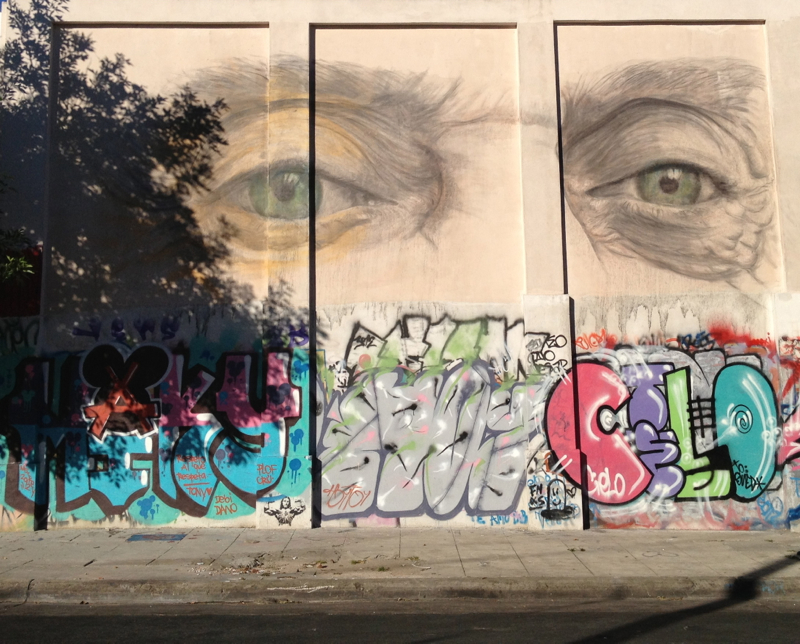 The political elite of Argentina noticed the increasing popularity of the local street art, and vexed their interests in. Matt, our guide from the BA Street Art explained that on the fourth image above we see the ex-president Nestor Kirchner saying: “Thanks for bringing back our history”. Because of its covert nature he adds: “We wouldn’t describe this as street art or art, but rather a political propaganda as it was painted by a militant group called La Campora that is run by Nestor Kirchner’s son.”
Aside from that, Latin America’s street art is alive and sizzling with discontent. The wild latin nature can only by tamed when it is expressed, and when it happens peacefully by funnelling into this creative activity. The result is a more balanced protest against the unfavored establishment. I did not comment on the selected art, since the creators communicated their messages directly visually. It is up to you to make conclusions about the current state of Argentina. What does each of the above expressions of the street art portray personally to you?
After the tour, we bought the book co-authored by our guide titled Textura Dos: Buenos Aires Street Art by Matt Fox-Tucker & Guilherme Zauith published with bilingual texts in English and Spanish. We were poised to explore more street art around the globe. So, when I visited Athens, I took the opportunity to witness its own people’s discontent with the challenging economic period in Greece expressed through the street art.