The soil diversity is the magic of a meeting between the two earthly plates - the Northern American and the Farallon Plate beneath the Pacific ocean. It is said that Littorai makes the best Pinot from the Hirsch vineyard treasure throve.

Driving to the Littorai winery feels like you trespassed into someone’s apple orchard, while getting lost on the dirt roads winding up the endless hill from Sebastopol. There are not many signs around, but when question marks start to arise in your mind, just ring up the winery to navigate you to the correct gate. Inconspicuous and hardly advertising its presence, Littorai is the ultimate expression of the understated pioneers of Sonoma winemaking. 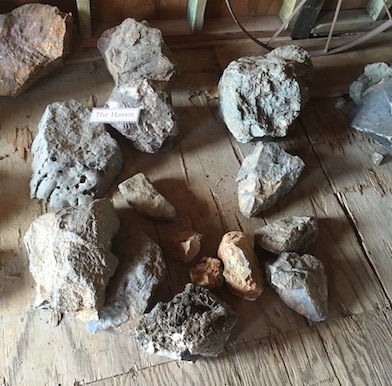 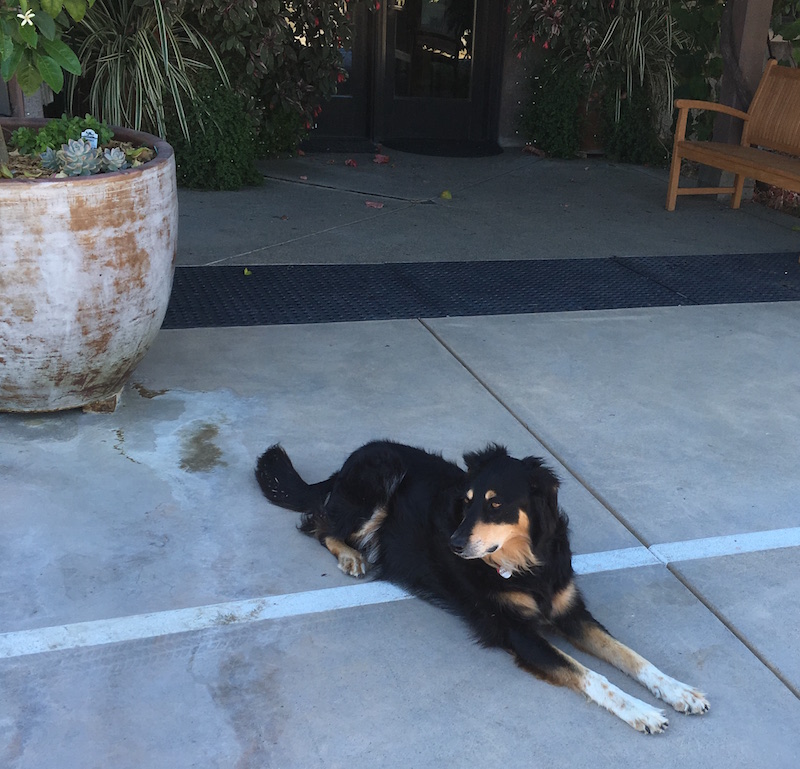 Finicky climate and the Sonoma fog

The drive can be especially daunting when the hazy summer mornings cast a shroud of the Pacific fog sneaking into the surrounding valleys. Despite our visiting day late in October being as clear as the Calistoga water springs, we passed it and still had to call to confirm ringing on the right place. Here we were! Yet, as you get out from the car the temperatures send shivers on your Napa Valley warmed up skin. Therefore, a good GPS and a warm coat, add scarf, will make the best companions to any tasting at the Littorai wine cellar. Now, all just gets better as the welcome greeting is performed by the happy resident dog, who at first whiffs his tail around you and then assumes his favourite spot by the front door. Before you step in though, walk around the estate and allow to be shown the biodynamic know-how, because here you will get the clearest display of this biodiversity, ecology and sustainability following land management and winemaking philosophy coined by the Austrian scientist Rudolf Steiner over a century ago. 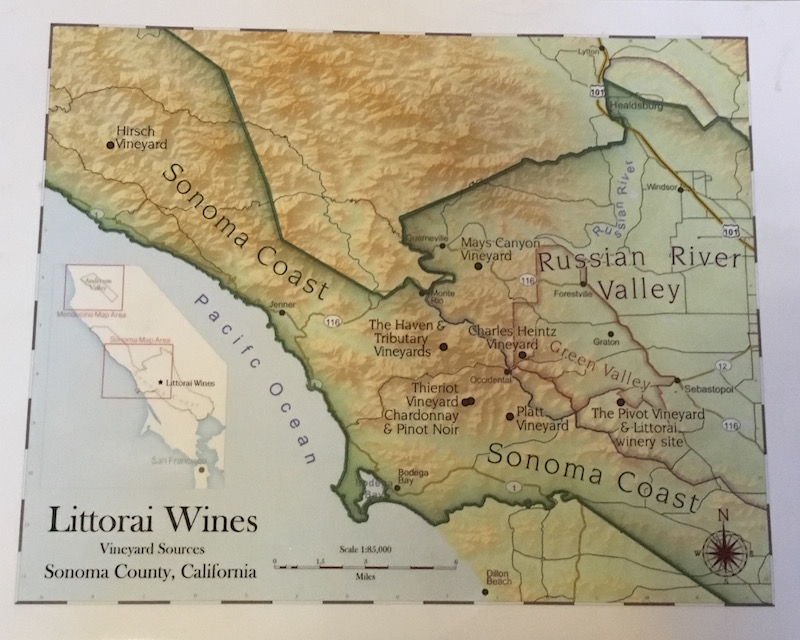 It was in Sonoma, where sustainable winemaking became without a preposterous halo integrative into the vineyard management practices. The winery, like many other great local growers, has been practicing biodynamic vineyard management and winemaking ever since 2001 vintage when it upgraded from the original organic viticulture. Biodynamics does so much more for the soil and the environment than organic viticulture. Giving back to the Earth is the underlying philosophy of being in harmony with the nature’s cycle, which will in turn yield vines and grapes of an utmost complexity and it is believed by its proponents that it best expresses the site. Many of the world’s most iconic vintners, Romanée Conti (DRC) included, manage their vineyards biodynamically. Read more about biodynamic viticulture in my interview with Lenka Sedlackova, MW, this week.

Littorai means literally “the coasts” and the name illustrates the ruffled diversity of this breezy coastal region North of San Francisco, in fact the coolest vineyard land in California. The seemingly haphazard topography of its vineyards, scattered throughout the Sonoma and Mendocino Counties may confuse lay wine drinkers but also the experts. The winery itself rises on the crossroads of Sonoma Coast, Green Valley, a small AVA inside the Russian River Valley, which was also partially tagged into the sprawling Sonoma Coast AVA. The Sonoma Coast American Viticultural Area, aka the more bureaucratic than terroir driven unit of the US appellation system, is being revised under the pressure of many of the reputed local wine producers. Ted Lemon of Littorai is one of the members of the West Sonoma Coast Vintners association (Failla is also part of it). In their enlightened effort they try to bring more clarity and balance into the regional distinctiveness, where one feels as much as twenty degrees (Fahrenheit) difference within just a few minutes drive.
Sonoma is “where fine wine started in California, early in the 19th century” notes Jancis Robinson and Hugh Johnson, the highly distinguished British vinous duet of Masters of Wine and the authors of The World Atlas of Wine, the wine bible. A notable gap during the Prohibition and some decades after it, apple orchards took the spotlight off the original vineyards in the Russian River Valley. Yet, even most of the Napa big shots realised the cool climate potential of the diverse pockets of Sonoma. Despite the Chardonnay grapes during the legendary Judgement of Paris tasting, when local wines won the palates of the French critics over the Old World classics in a blind wine tasting, came from Sonoma, Napa stole all media attention. The flip side being that thanks to the marketers diversion of praise, the area now feels much less commercial, beautifully rugged, attracting a more authentic farming lifestyle than any of the limousine wine bashes of the Napa – St Helena – Calistoga crawl. The young and savvy San Franciscans have recently grasped the authentic weekendering in the small township of Healdsburg, so hurry on before the cool becomes just too much of it. Joseph Phelps was one of the pioneering big Napa names realising the potential of the vinous land in Sonoma and his Firestone Vineyard is just slightly more south and closer to the Pacific Ocean than the Sebastopol edging estate of the Littorai winery, where the Pivot Vineyard envelops the wooden edifice. The husband (Ted) and wife (Heidi) winery has been since 1993 run with patience and an impeccable sense for harmony with nature. 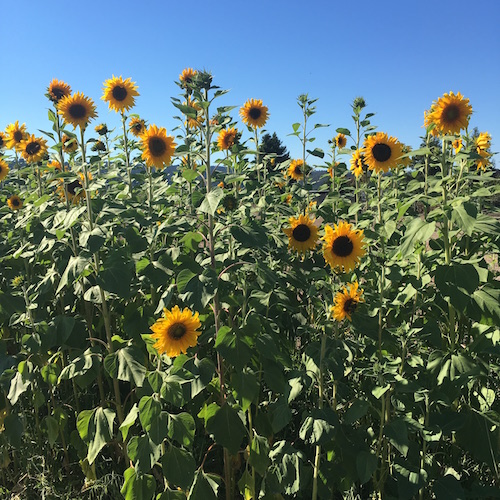 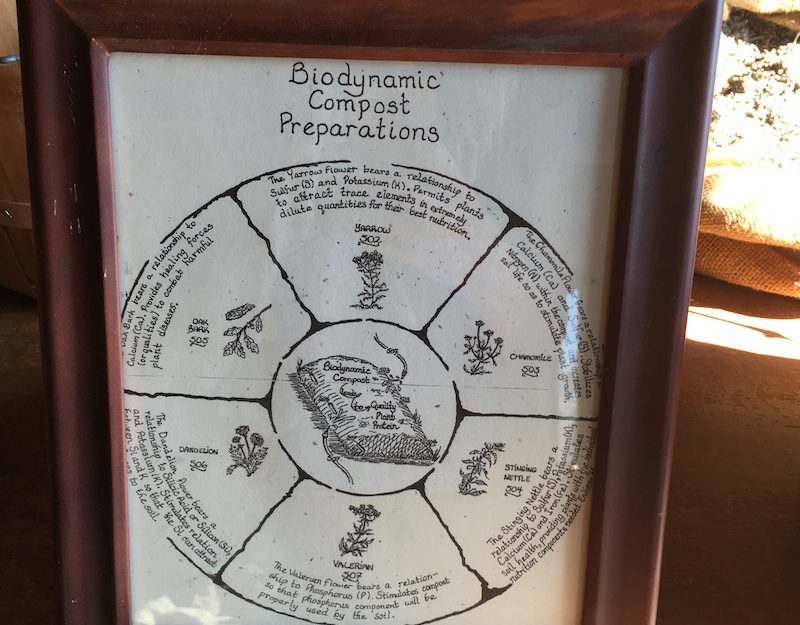 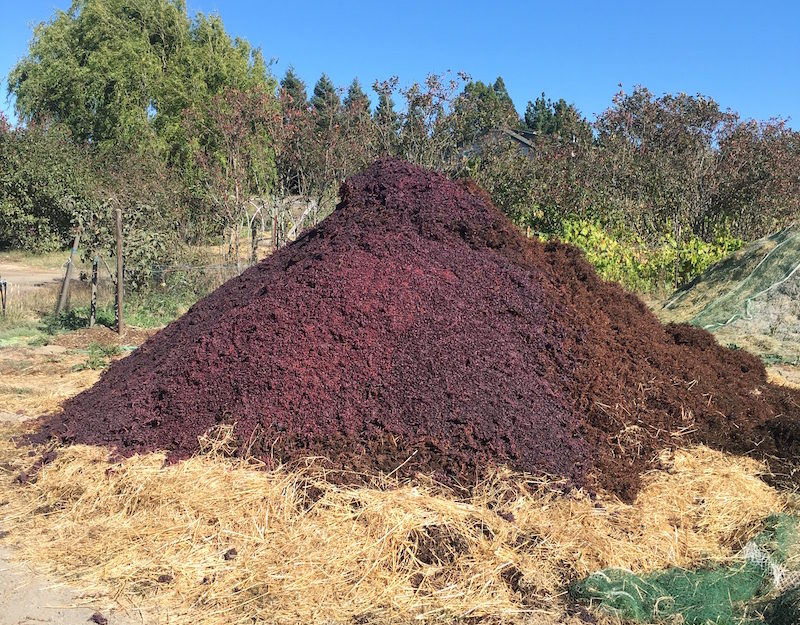 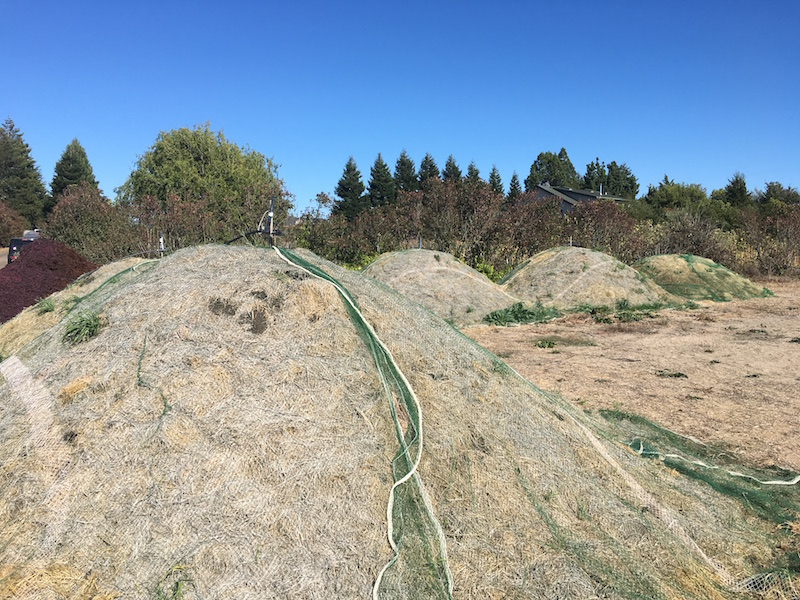 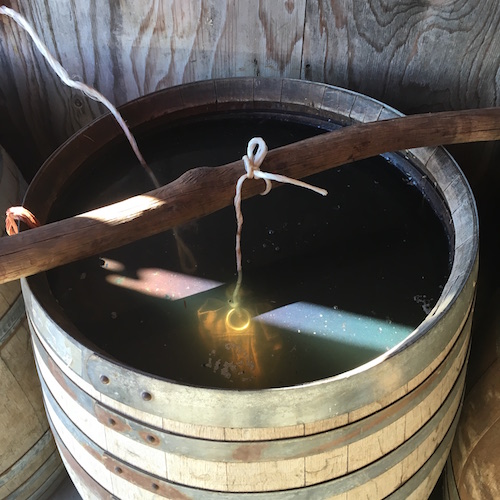 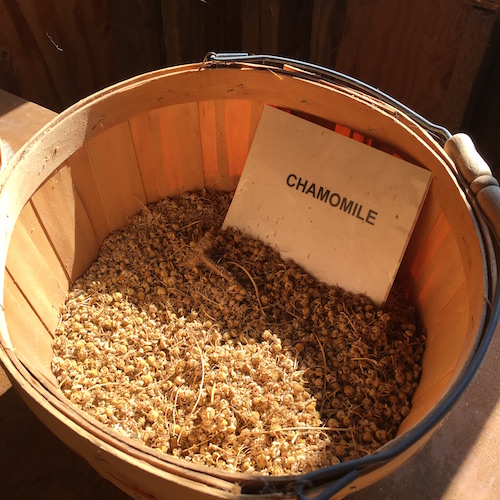 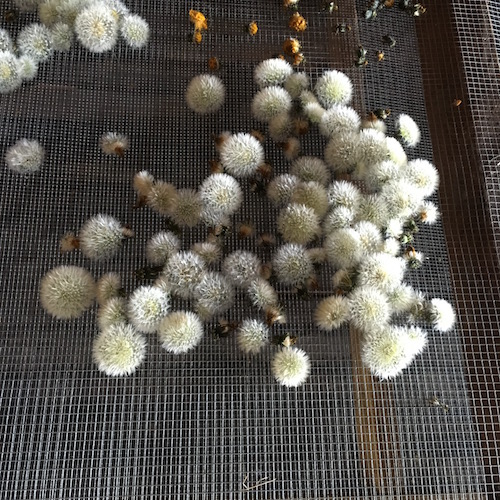 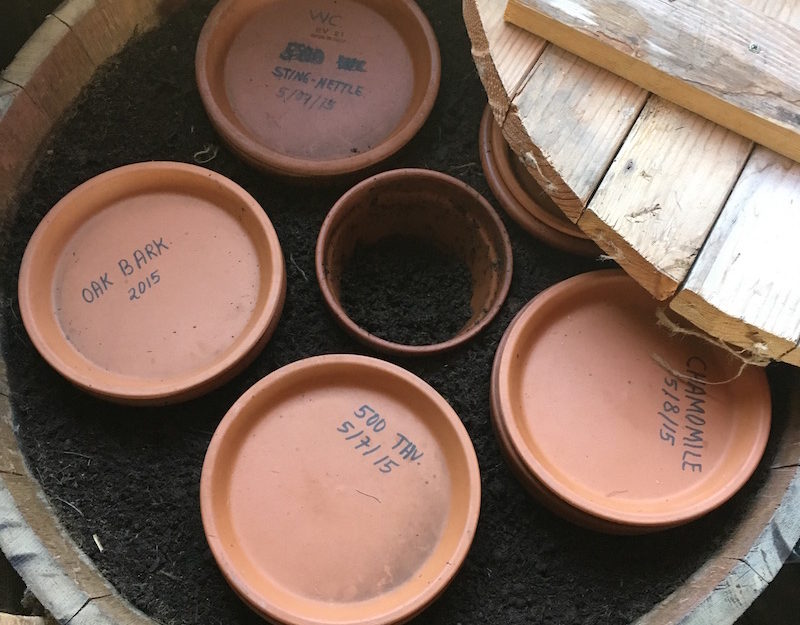 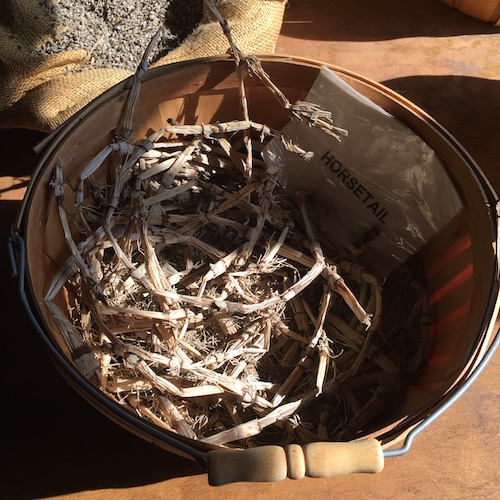 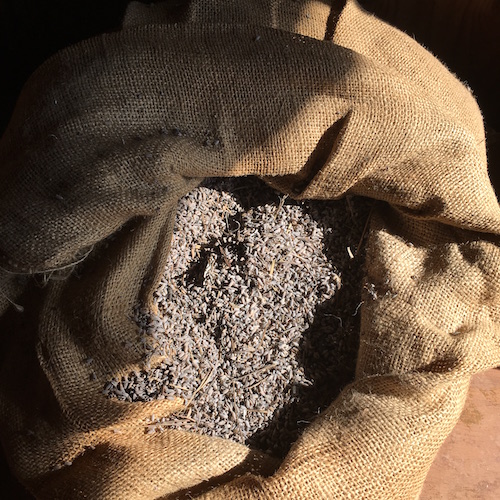 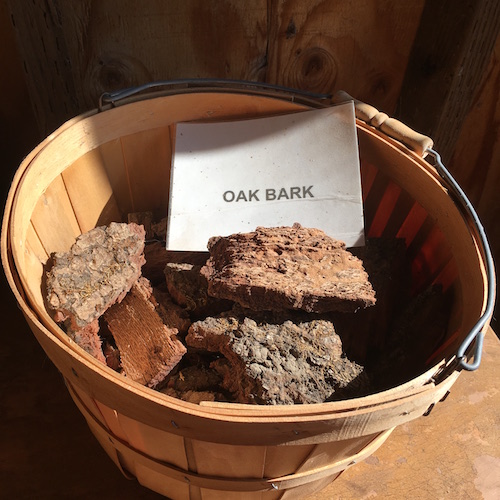 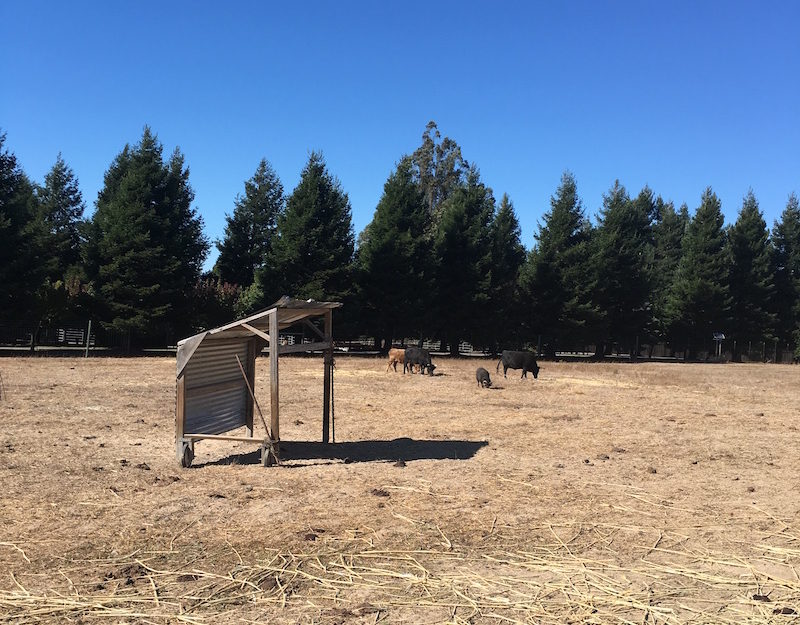 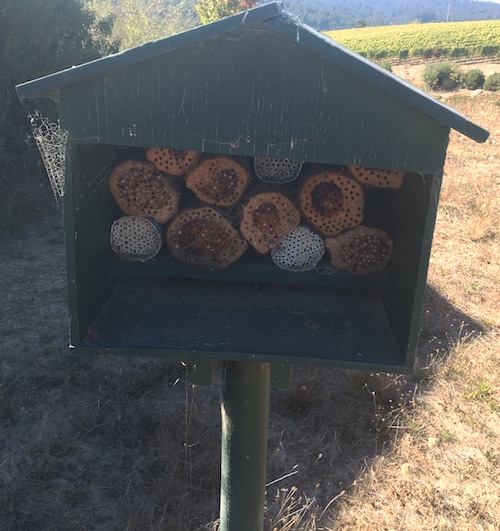 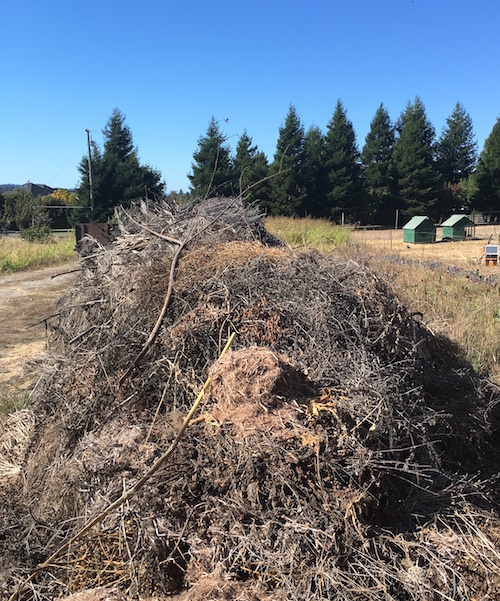 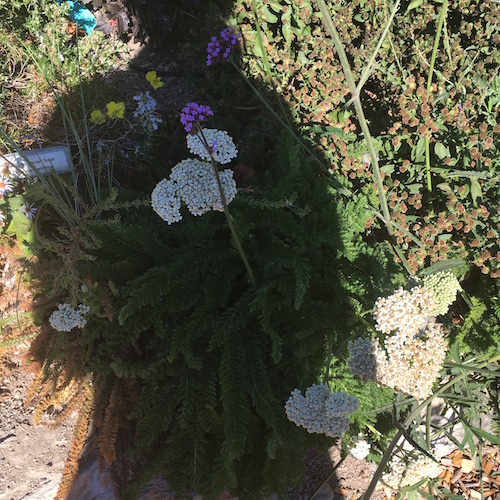 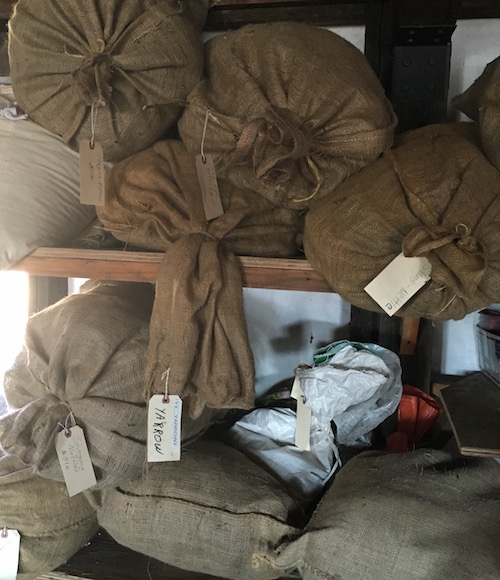 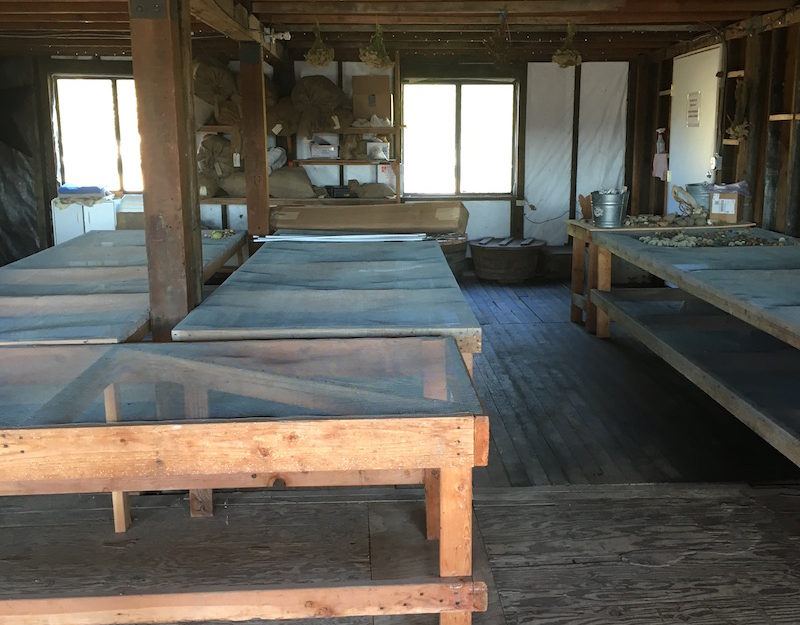 Starting easy and crisp with the Chenin Blanc from the 2014 vintage of the Haven Vineyard, we enjoyed the stone-fruit and mineral quality, but seeking more for the price, we concluded that the Loire varietal offers more for the bucks in its native France.
Then came Charles Heintz Chardonnay 2014 fitting under the Sonoma Coast AVA, where the Goldridge loam defines its characteristic honey richness. Littorai makes also Chardonnay (as well as Pinots) from the elevated B.A. Thieriot vineyard, the north-facing Mays Canyon of Porter-Bass vineyard, and Tributary from the Haven vineyard site. Lemon’s low-intervention, very little sulphur addition, delicate stirring of lees, and natural malolactic fermentation allow for the site expression despite one fourth of the new oak barrel ageing during the 12-16 months in-house maturation period.
The Pinots display the sensitive, site specific, Burgundian skills of the chief winemaker Ted Lemon. Sharpening his winemaking grip at Burgundy’s Domaine Roulot, Lemon is “obsessed with detail, but he rarely makes two wines the same way”, as writes Jon Bonné, the editor of San Francisco Chronicle in his book The New California Wine. For a wine geek like myself, risking but letting letting the vintage express itself, still with alcohol below 14% is wonderful. Back at home from our cellar I tasted the Anderson Valley Cerise vineyard Pinot 2010. One day before the supper moon of the 14th November, 2015, and right after after the opening I savoured cured meat with just a hint of bright strawberry in the background on the nose, and gamey, sweet round fruit on the palate. As the wine opened the second day, when, according to biodynamics it was the perfect day to drink it, its bright acidity and succulent fruit came to the the forefront. Was it the breathing period or the magic of the moon? Personally, I am not sure what was the cause of my joy from the wine, but it was great.
Once the northernmost AVA in California, Anderson Valley is next to its more inland neighbour Mendocino and to its North two new but comparably tiny AVAs of Dos Rios and Covello. The cherry scent typical for his Savoy vineyard Pinot is also grown in the Mendocino County’s Anderson Valley, as are the Roman and One Acre Pinot Noirs.
Perhaps the most iconic for Littorai is Ted Lemon’s expression of the Hirsch vineyard Pinot Noir. Now part of the coastal Fort Ross Seaview AVA, where the first vines in Northern California were planted by the Russian immigrants in 1812, this pioneering estate was founded by David Hirsch. He took upon the challenges of the remote ghastly land just strokes away from the San Andreas Fault Line. The soil diversity is the magic of the meeting between the two earthly plates – the Northern American and the Farallon Plate beneath the Pacific ocean. It is said that Littorai makes the best Pinot from the Hirsch treasure throve spoiled by the occasional rusty coins in its vast acreage. Its complex, age worthy herbal, graphite, and deep berry taste can swing into more deep floral and tannic in cool years when Lemon typically patiently waits for full maturation and picks later than most of his neighbours. Each vintage is different. 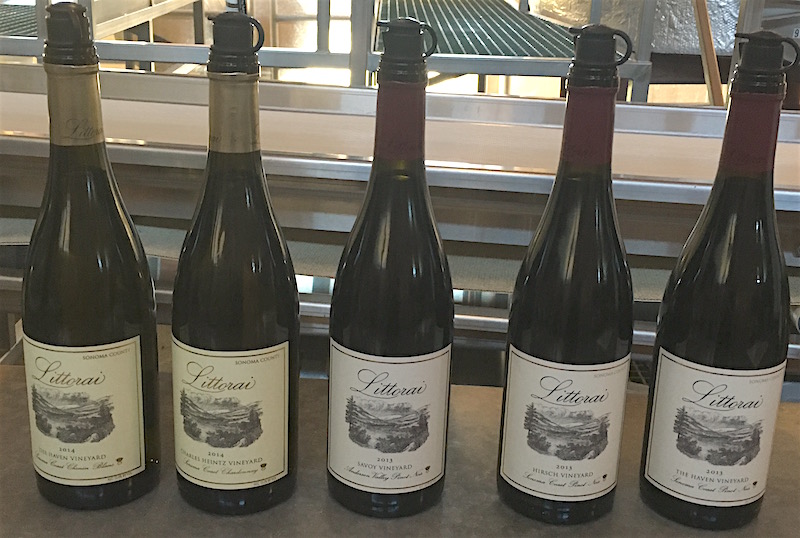 Closer to its headquarters just outside Sebastopol, The Haven vineyard Pinot from nearby estate where gravel and loam define the grapes’ character is being bottled and directly from the winery’s plantings is the young Pivot vineyard exudes attractive chamomile scent.
The partial use of whole grape clusters, open steel tank fermentation is also typical of Burgundian approach and it gives the wines more brightness. The single estate wines are not cheap even by California elevated standards, but his blended wines are very good deal for the quality they hide in the bottle. Even the label design is true to its sense of place, an old pencil drawing of the local area has been glued on the bottle, and when you judge purely with your eyes it evokes nostalgia of carefree Sonoma. Now is time for you to judge with a glass full. In Littorai you will taste the genuine purity of the coasts of Northern California.
788 Gold Ridge Rd, Sebastopol, CA 95472
+1 707-823-9586