Sola is an eclectic amalgam of French and Japanese cultures reflected in the gastronomic opus by talented young chef Kosuke Nabeta. Reopened after fire in 2017 the former Maison du Saké chef took over from Yoshitake Hiroki who returned back to Japan. They are both Japanese and chose Paris as the stage for their culinary performance.

Their grasp of the art de cuisine was awarded with the gastronomic Oscar – so far one michelin ‘macaroon’ (as the French cutely say), but they deserve more at least for the quality and flawless presentation of their food.
In a kaiseki spirit  the chef selects the best seasonal ingredients daily on the local market and then presents them to his customers in a consecutive multi-sensory gastronomic experience with an emphasis of balance in each dish. In nine-courses (dinner) the chef transforms his youth on to his refreshing and ingenious plates. 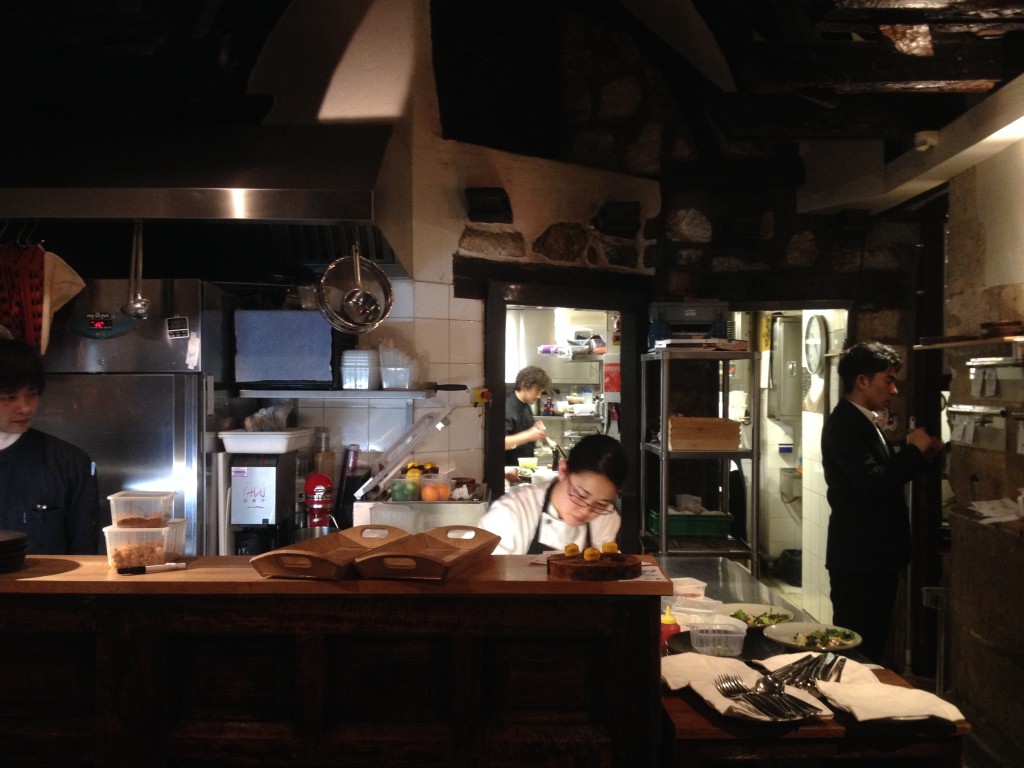 Sola attracts throngs of Japanese customers relishing great food, the seal of approval for a good Japanese restaurant abroad. Sola was praised also by local insiders – Le Fooding recommendation brought me there. I hope that it remains more of a secret as it is already quite hard to get a dinner reservation there. 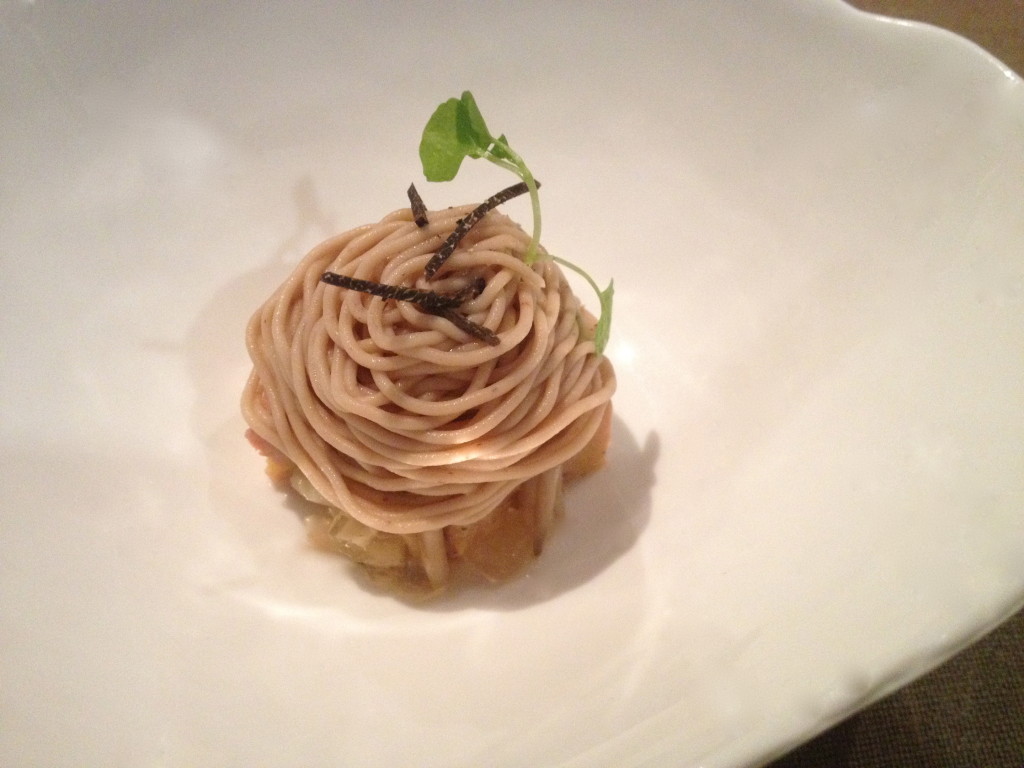 At Sola contemporary Japanese cuisine meets gastronomic French techniques and ingredients. Vegetarians detour, although they accommodate allergies and other requests such as forgoing pork. The chef goes daily to the market to select the freshest produce, highlighting also animal products. The nine-course dinner tasting menu always includes two fish courses and one meat. Two marvellous desserts conclude the indulgence. Lunch is a simpler affair served in six-courses.
It all starts with a small amouse-bouche and freshly baked, still warm, slices of baguette (very French), constantly replenished in a linen pouch on your table.
Rich foie gras was eased off with clear juicy jelly in a melange with Japanese mushrooms. An exquisite chestnut crème was winded up like soba noodles in a turban shape on the top. Two noodles of a truffle shaving and spring green leaf like glorious earrings on a beautiful face achieved perfection in one mouthful. 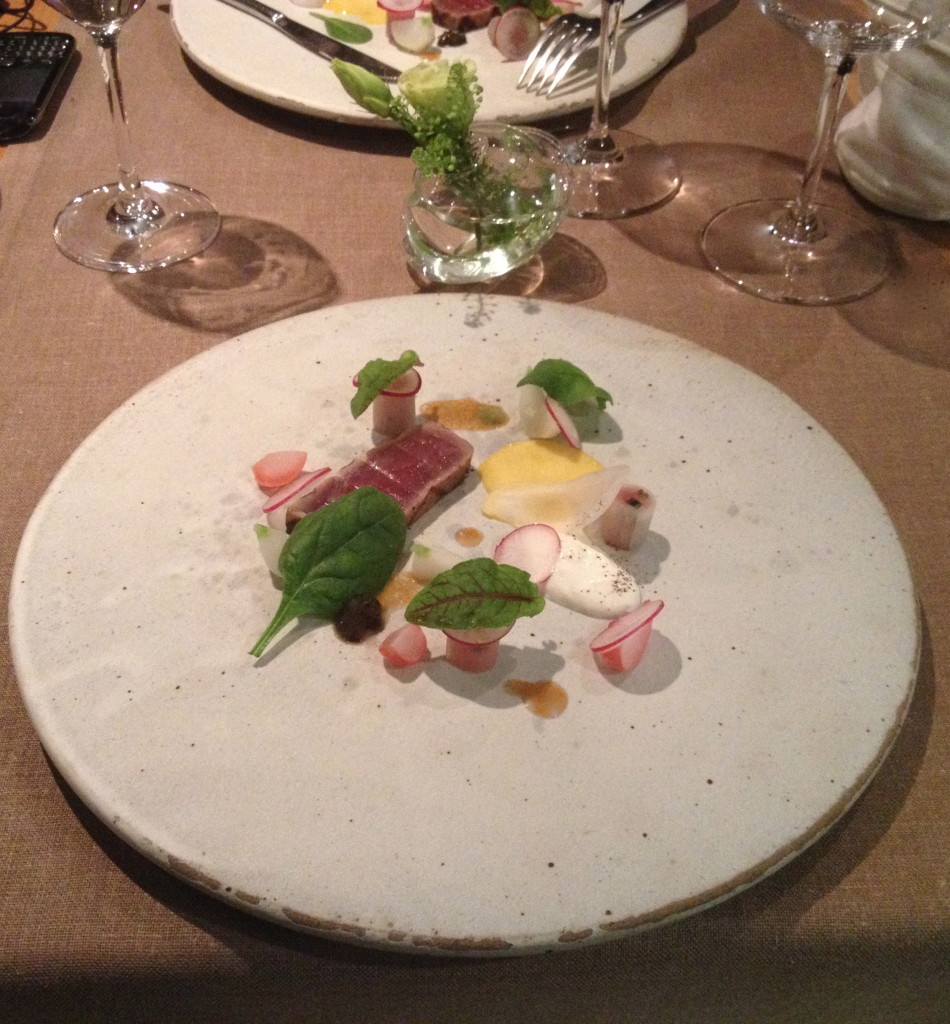 Slightly smoked tuna freshened with red and white radishes and leafy greens. A creamy straciatella (heart of burrata) cheese and an egg yolk sauce played the roles of dips for the crunchy veggies. This magic rainbow of seemingly contrasting flavours created delicious harmony. A deep white Burgundy wine with good acidity added the final tone to the colourful rainbow. 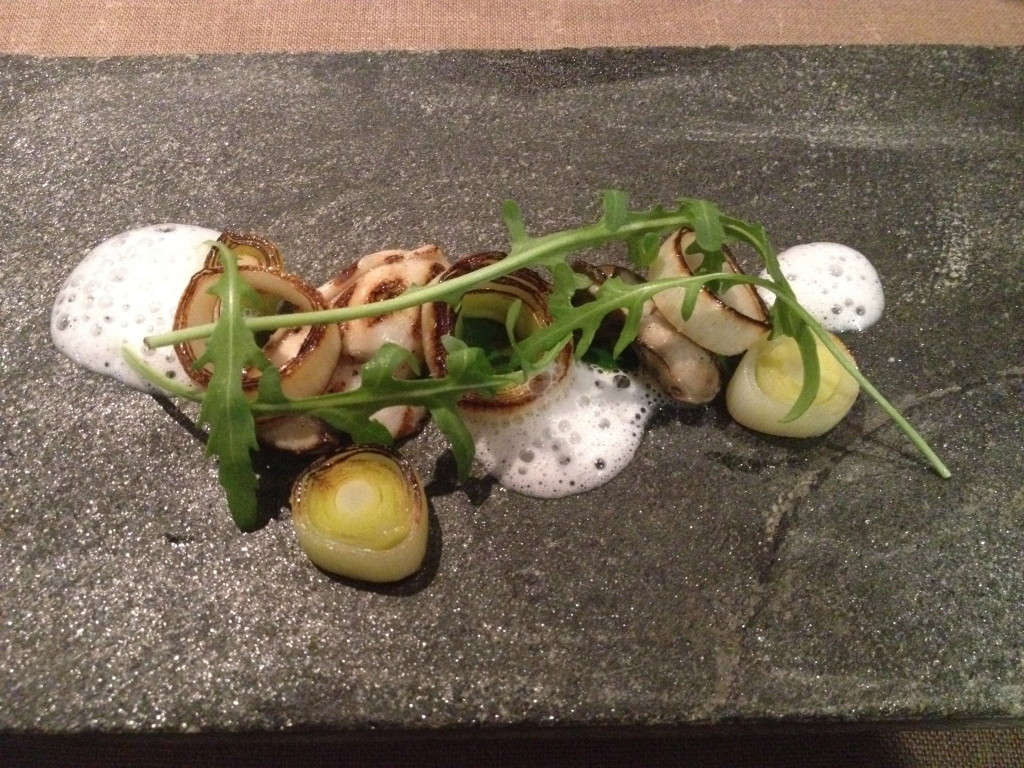 I rarely like oysters, but I am discovering the beauty of the sea mineral quality of these clammy shells. At Sola, the softly cooked oysters lost some of the unpleasant texture that the oyster plaintiffs disdain, becoming sturdier while remaining their delicate self. An added bubbly white seafood emulsion and rings of subtly grilled leeks bestowed depth and leafy roquette seasoned with a bitter tang. 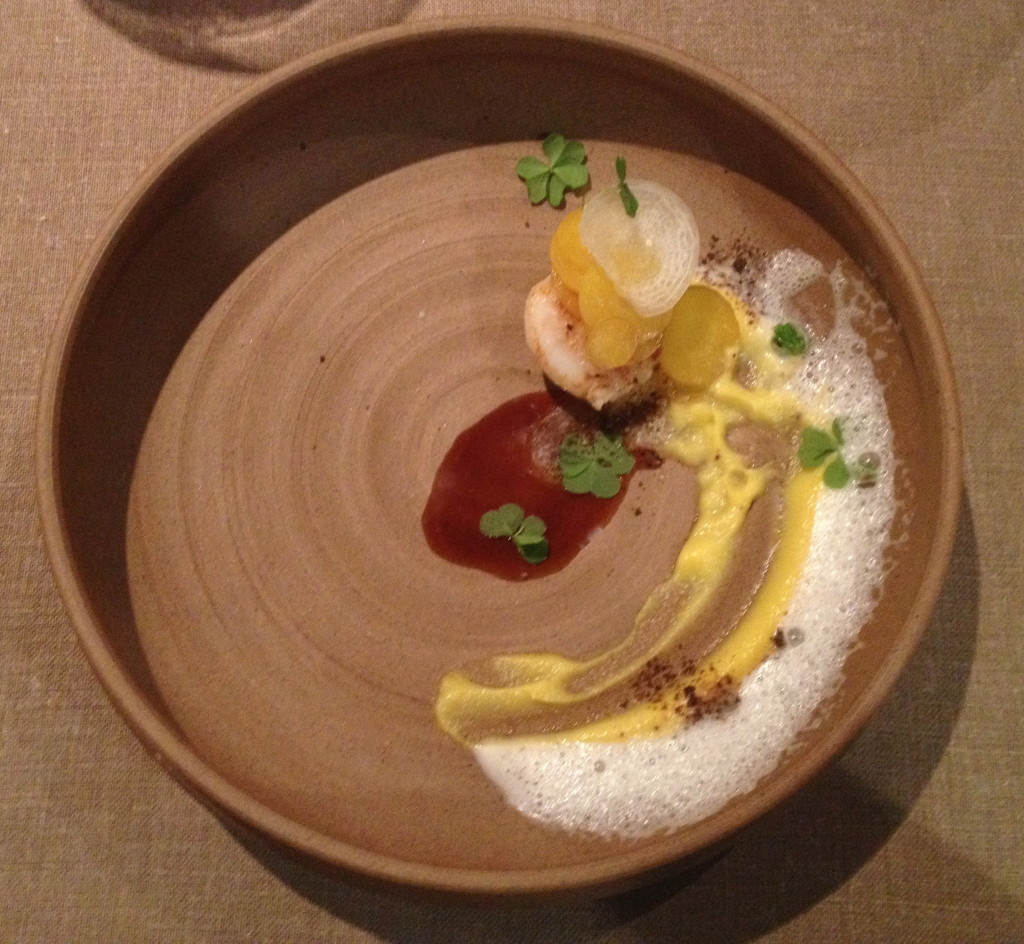 Still staying with white wine the next course of a seared scallop with amber-hued carrots, was artfully decorated like a modern painting with a stroke of white foam and carrot purée, a dot of thick balsamic vinaigrette in the centre of the earthenware and generous spritz of four-leaf clovers for good luck. 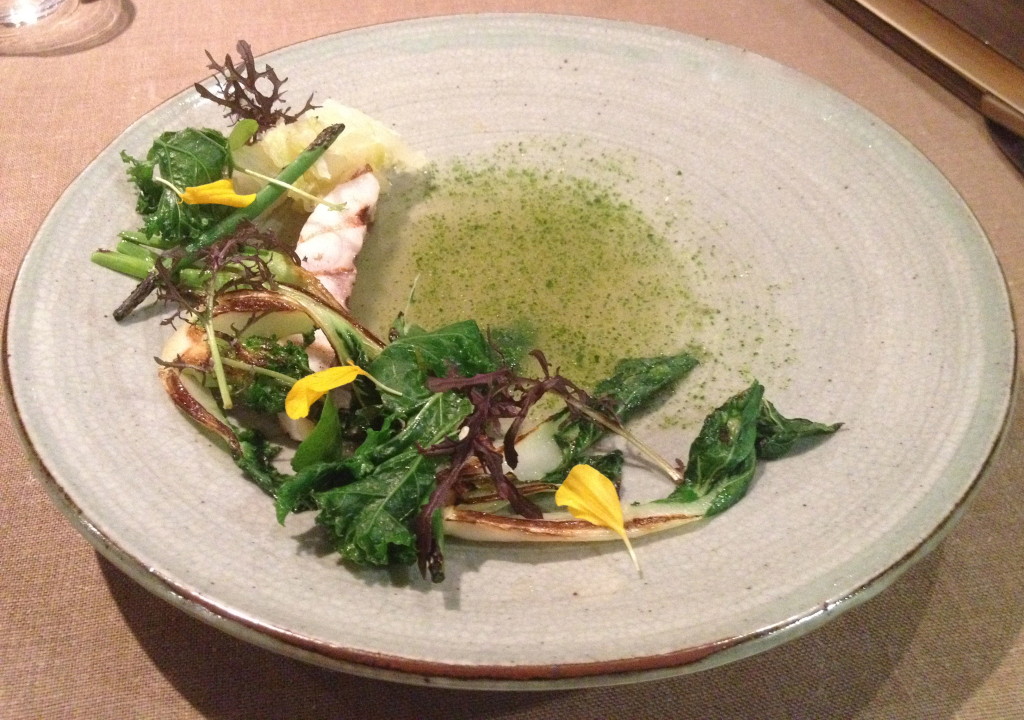 More seafood came with a broiled crab bathing in savory butter and ponzu sauce, accompanied by raw potato spaghetti, all adorned with flowers and herbs. Another incredible dish that will linger in my food memory for weeks!
Seared bass with a smoky character as if it was cooked over an incense, was hiding under a forest of sautéed mixed greens, seaweed and yellow flower petals. A clear seaweed soup like a sun dwelled in the centre of the universe.
Broiled sole came next. Its flashy spine was leaning back as if it was stopping itself from jumping into the spicy milky sauce next to it. All over the fish lashed long fried onion strings adding depth and oily fullness, while grated and pickled yuzu skin brought zest and fruity quality. I had it instead of pork with shallots and delicate potatoes, that was on the menu that evening. 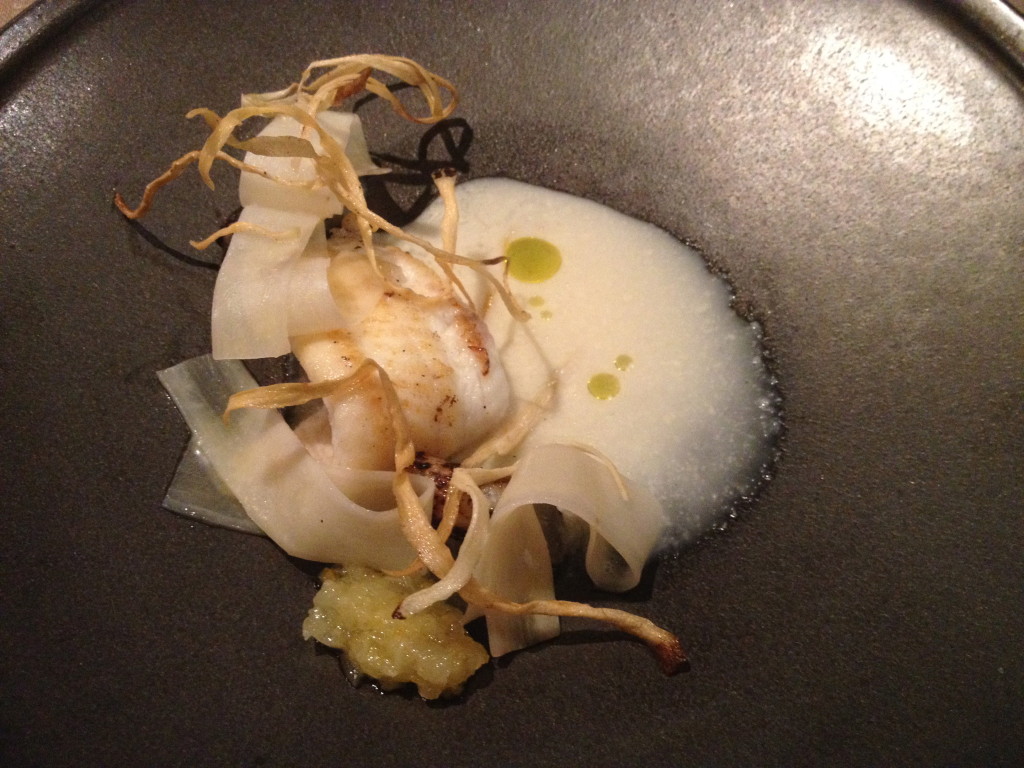 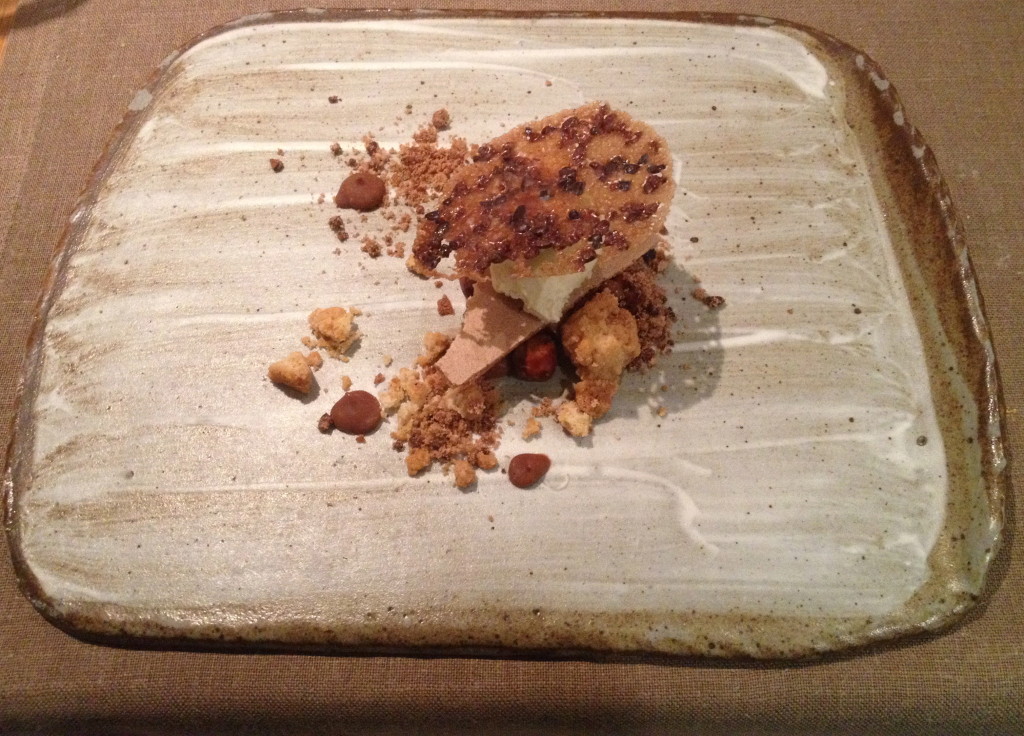 The desert itself was superb vanilla bean ice cream sandwiched between a thick mouse of chocolate, a chunky cookie crumble and a thin soft sesame biscuit with fragile crispy cracker interspersed with cracked raw cocoa beans. Crunchy, creamy, crisp, all these textures mingled together in each wholesome bite. Roasted hojicha tea is best with this sweet treat. 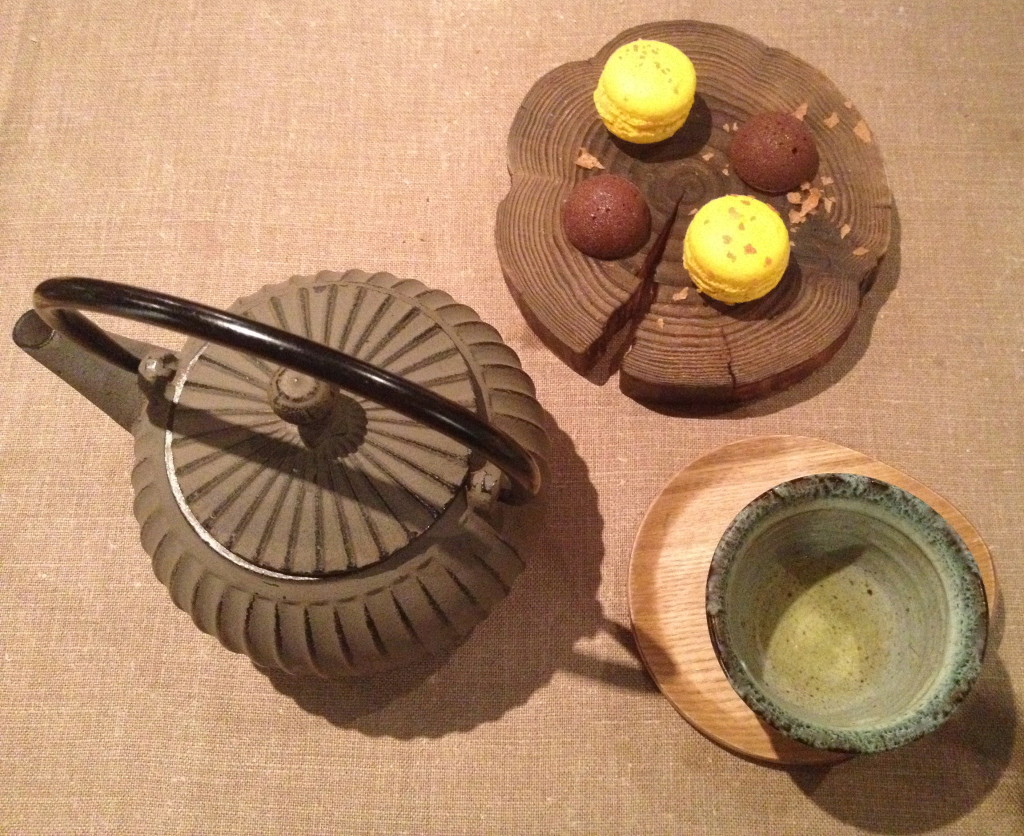 The Japanese sommelier assembled nice wine list. From French through Japanese koshu to good sake selection (Sola is owned by the Maison du Saké), good values but also pricey whales from Burgundy. Wine pairing for each course is also available. Sparking sake is fun to start with, while Japanese aged whisky concludes boldly a superb evening. I had a glass of mineral Puligny-Montrachet that complemented the seafood and fish dishes and red classic Bordeaux from the superb 2009 vintage with the desert. Not a flashy producer, but a great value for money.
I enjoyed a pot of tea from an established Japanese purveyor Jugetsudo. From the seven teas on offer, I chose Ao Hojicha – a superior green slightly roasted tea by the Aohoji method. Lower in caffeine than green teas and its elegant flavour readied me for bed. Delightful homemade lemon macaroons and chocolate buns were served complimentary. 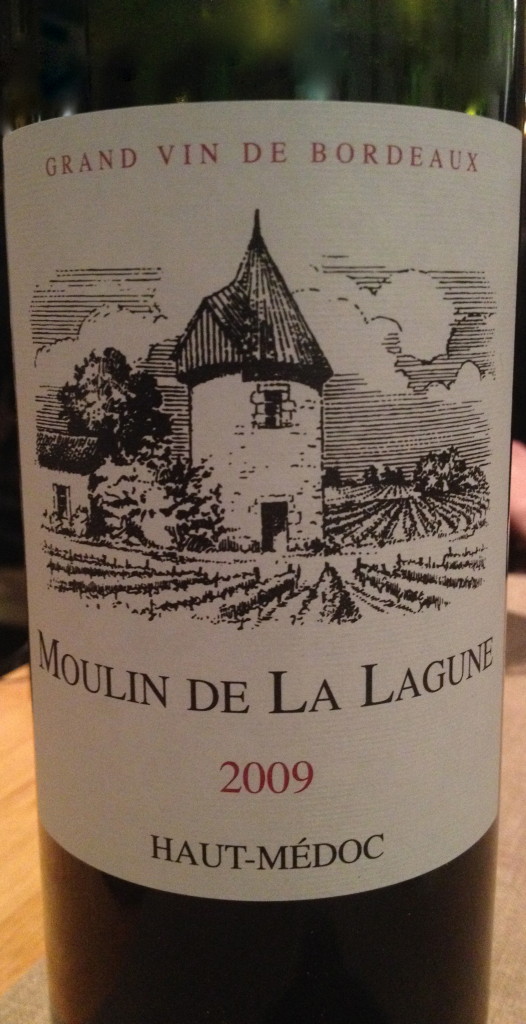 The wooden beams adorned the former “Salle Francaise” dated from the 17th century feels like a chalet in the Alps. Now it is a sake bar.
Dining in the “Salons Japonais” designed for a shoe-less Japanese low seating in the basement vaulted cellar travels you even further – to Japan. Its monastic underground is romantic and mystic at once. Ideal for couples.
With these two very distinct faces, eating at Sola can last all night. 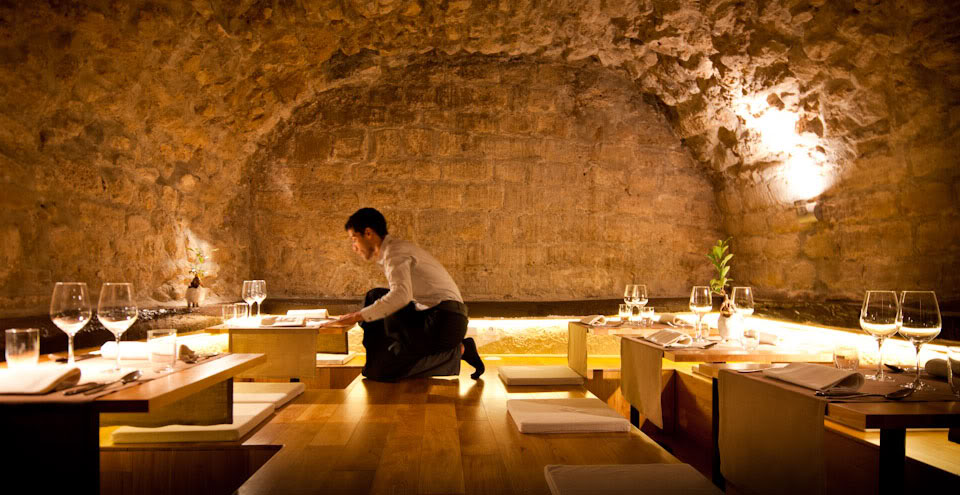