The Moon has fascinated humanity ever since our eyes opened to the changing, cyclic pattern outside in our natural world. From the ancient Mesopotamia, Babylonia, Egypt, China, India, from the East to the Wild West of aboriginal tribalism, the Moon was admired as something otherworldly, sacred and so timely that she (in most cultures Luna is feminine) became to be identified with time itself. What have we lost? 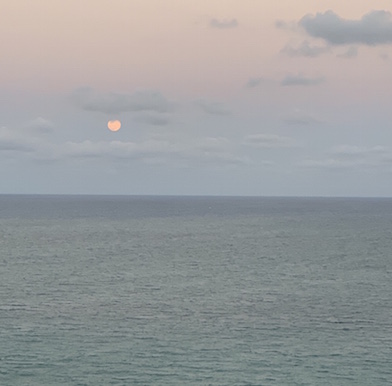 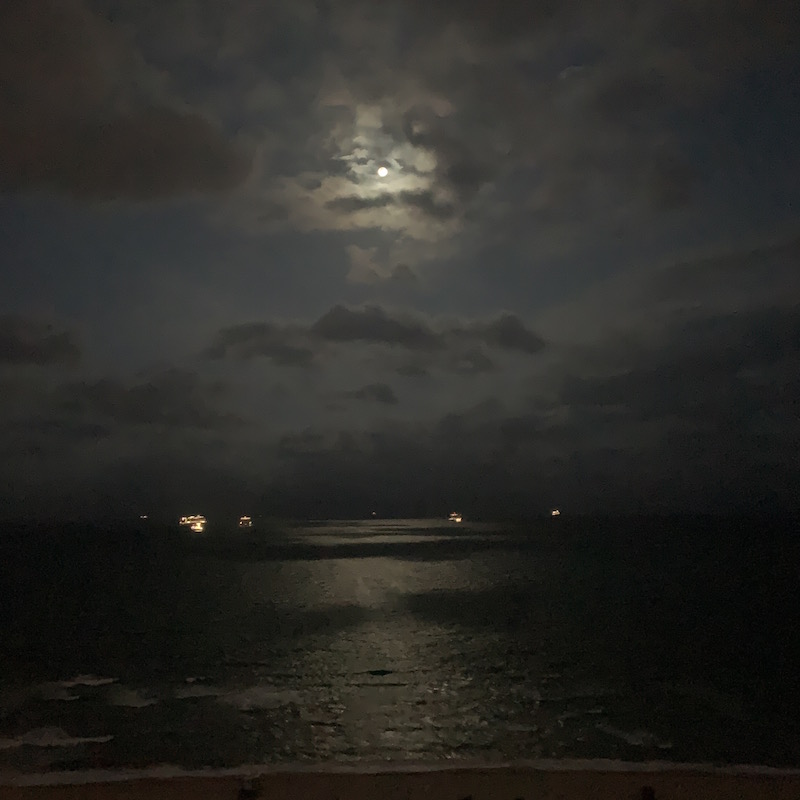 Astrologers, farmers, poets, philosophers, witches even weather forecasters, all looked up to her mesmerising beauty. Artists have drawn, painted and sculpted her various “shapes” in the eye of men.

The greatest poets – from Lao Tzu through Shakespeare to Yeats celebrated the moon’s imaginary and real qualities in their generous oeuvre.

Here is my hymn to the Luna:

She, the governess of tides

Swelling near and far

Time keeper, the muscle behind waters

Quenching the thirst of roots

The compass of crabs

The conductor of wolves

Pooling nights into our dreams

I was seduced by this masterwork, enlivened in my soul as that beautiful nightly companion wandering across the sky. In her fullness, my earlier poem Full Moon Alive captured my awe and puzzlement in the reflective and illusionary aspect of her. 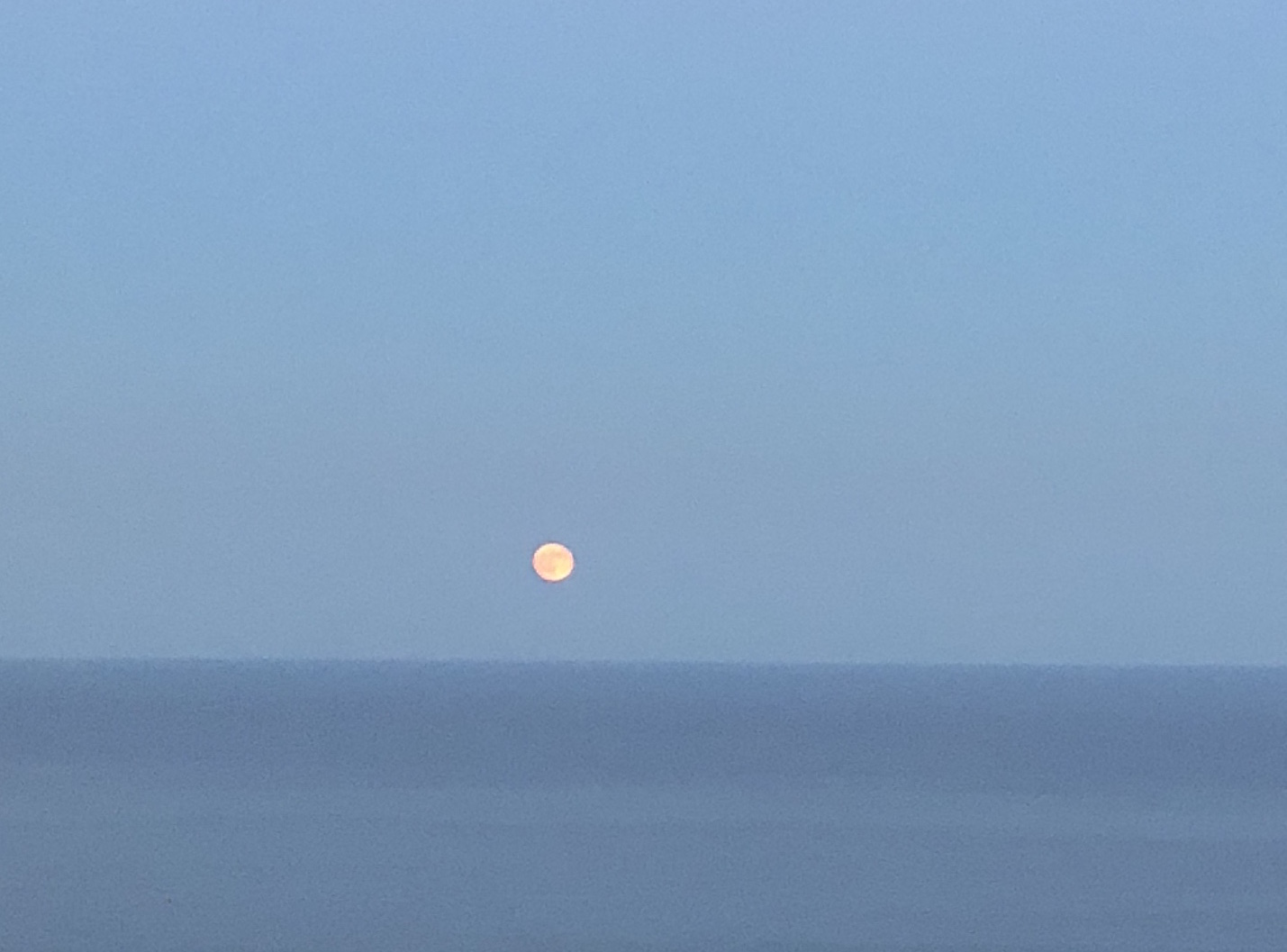 The Moon and the life on Earth

Beyond humanity, animals and plants could not ignore her magnetic pull. Something about the Moon affecting perhaps the mood (in humans scientifically observed with bipolar disorders) performed in the wolves sonorous howl, but what science is now proving true, the flow of water in the roots. There is not much new that we still revere about the moon. For millennia we observed and learned about it. Some of that knowledge was buried under the light of human reasoning, while other still rings in our ears today. Biodynamic agriculture proves through the crops, so superior in taste that nature’s bounty – when allowed to by tuning to the cyclical shifts – is affected by the changing position of the Moon towards the Earth. The world’s greatest wines, like some Burgundies (DRC), have been grown and made biodynamically for centuries, and many of the new greats, tasting the difference, follow the suit of biodynamic viticulture. 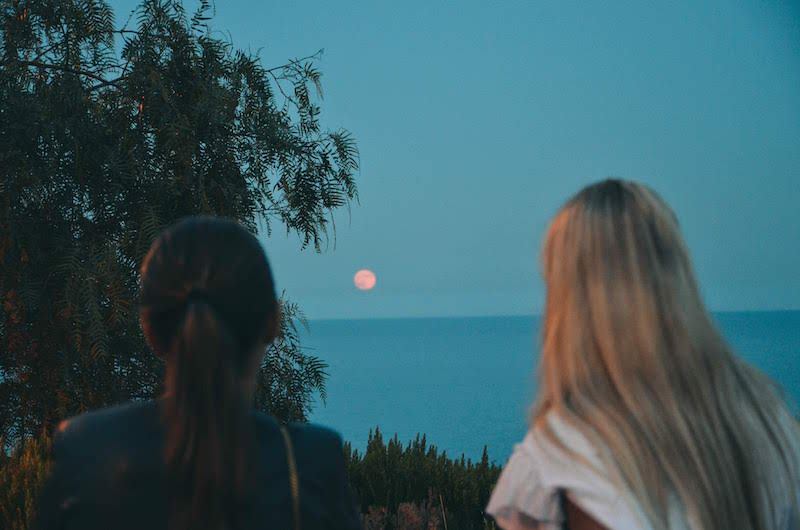 The water element has been connected with the Moon across cultures, writes Jules Cashword in her seminal masterpiece The Moon Myth and Image. The author teaches on mythology, translated The Homeric Hymns and supervised in Tragedy at Trinity College, Cambridge. Inspiring myths, rites and feasts, even holy time when war had to be avoided (as the Spartans did leaving the Athenians without their warrior’s support), the capturer of female intelligence, their magnetic fertility and the herald of time, the Moon deserves a cross-field treatise in such a marvelous span as this book devotes to it. I highly recommend the curious reader to leaf through this illustrated and thoroughly researched compendium. Beaming with symbolism the author illuminates human history from Nina, Osiris and Dionysian connections with the Moon, through fate, and the relationship between the male Sun and the (prevailingly) female Moon. 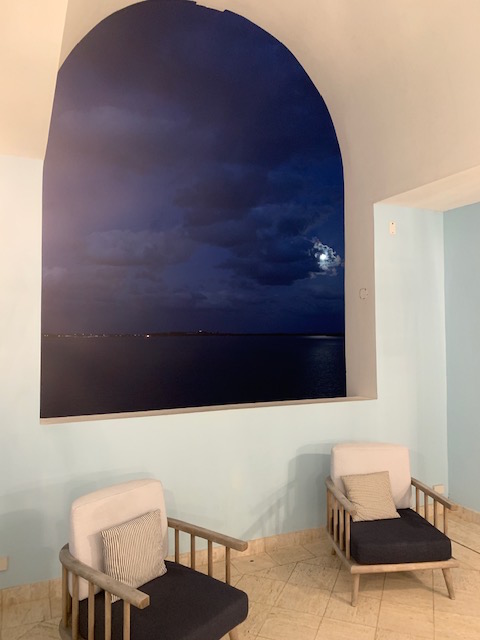 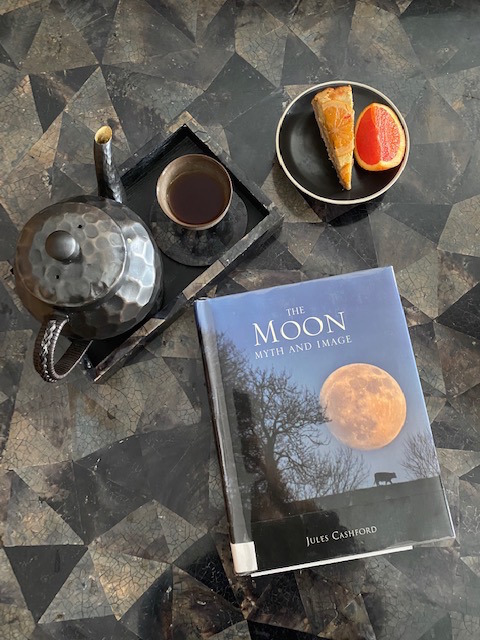 The Moon: mythical versus practical

That celestial body lightening the night’s sky was once held sacred and still is in some to nature more attuned cultures. She was a Goddess or the manifestation of the all powerful one God (in the Islamic countries a crescent moon with a star on the flag symbolises the muslim faith). The lunar calendar is still being used for religious purposes in muslim countries, but also the festivals in India and China shift their dates according to the moon. The solar calendar was instigated in the West by the powerful Romans. Caesar went as far as to delete a few months to catch the religious up with the official calendar. Some two thousand years later, once men stepped on its gray rocky surface in their scaffanders, the spiritual fascination largely shifted into the zoomed in reasoning today. 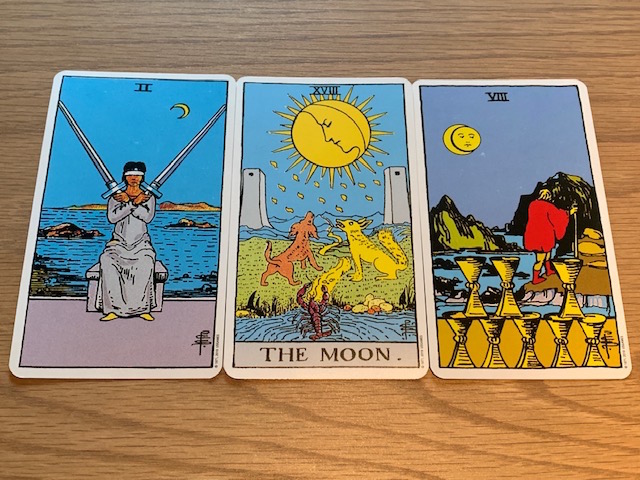 The mythical imprint of the Moon is symbolised in its own card in the major Arcana of the Tarot. There are three cards in the deck (photo above) containing the Moon in all of its phases except for the invisible Dark Moon symbolic of death. The popular Waite Tarot Pack had not changed the representation of The Moon much from the much older Marseilles Tarot Pack. The crayfish or lobster crawling from the water, dog or wolves howling up towards the face-lit circle of La Lune are the animals often attributed to her. From the ancient Vedic times in India, though the myths in Angola, Brazil and Indonesia as far as Tahiti, the Moon also is “the spider spinning its web out of its own body” that is behaving like “the Moon spinning the threads of time out of its own ball of light, weaving them into the shimmering web of creation”, writes poetically Cashword. She goes on documenting that frog, bull, cat, and in ancient China oyster, mussel and even pearl belong to the Moon.

Yet, we are losing that wowing connection with Luna. Moving to cities lit artificially by thousands of electric beams, it is rarer for the eye to have an unhinged view of the bright wanderer on the sky. The growing popularity of yoga in the West though is reversing this trend by bringing more awareness to nature. 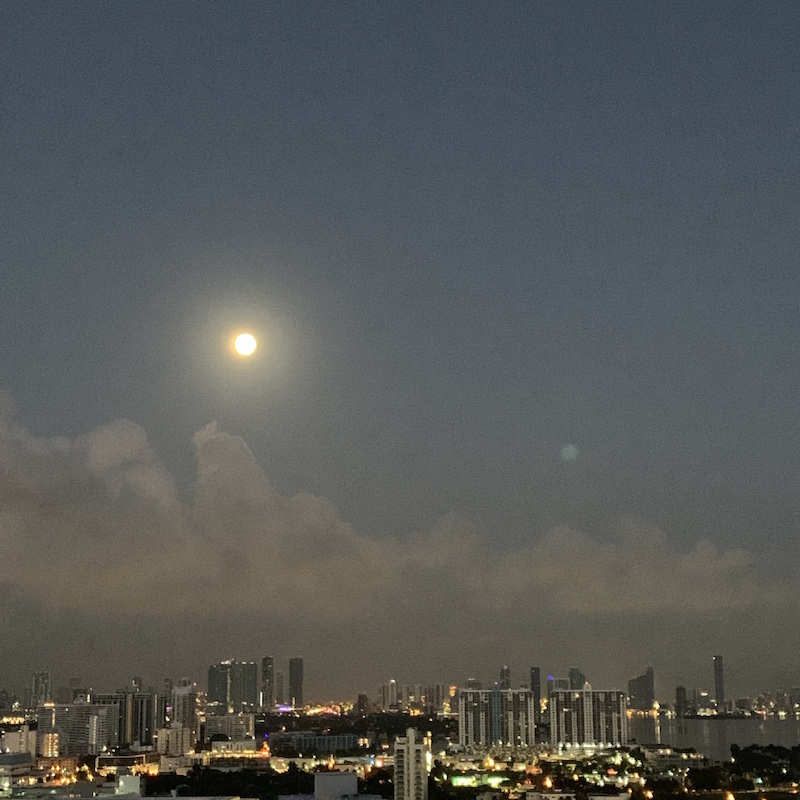 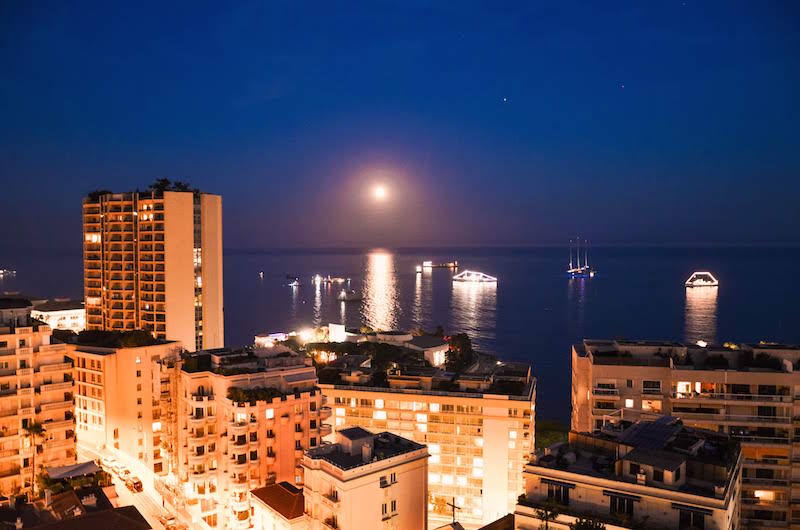 Scientific and spiritual facets of the Moon

The witness of the Earth’s creation, befriending her, always in her proximity orbiting elliptically around, the Moon is ours. We feel its geological kinship.

Optically, the Moon can seem white, orange, fire red and black, yet it is all about the light’s play with our human eyes’ perception. The blue moon is so rare hence its name does not really reflect the body’s color, it is when during one calendar month there are two full moons occurring (about seven times every 19 years), which means 13 full moons in a year.

The Moon can be visible also during the clear day. In its waxing, growing phase before the full moon wholesomeness, a few hours before the sunset the imperfect white ball rolls onto the afternoon sky. In the dessert it looks giant, over the mountain peaks like a snowball, while over the ocean or a see it seems brighter reaching with its shimmer across the water surface towards us. 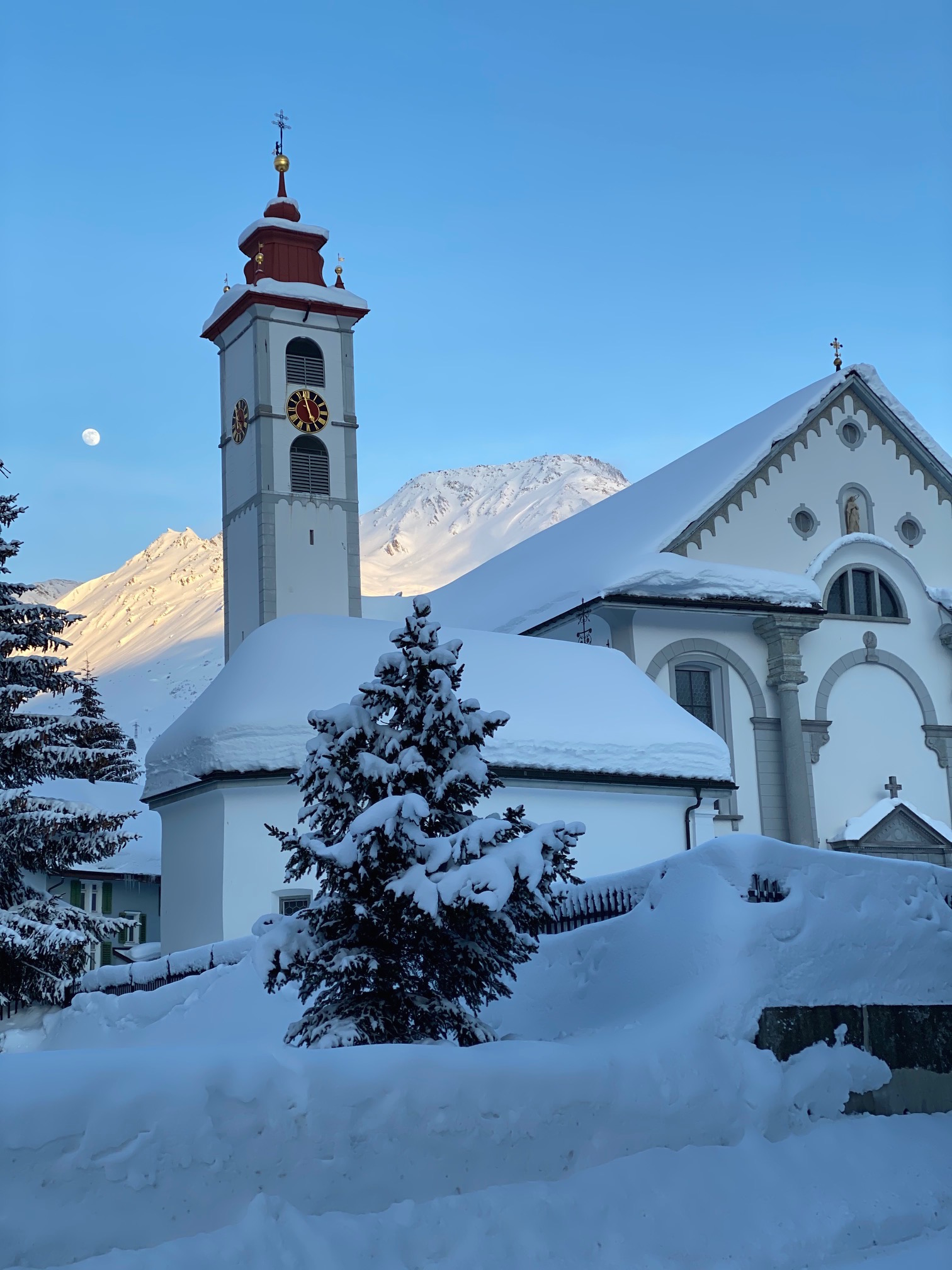 The lunar phases are perhaps the most illustrating examples of cyclic nature, from birth to the full potential of existence to death. The Mid-autumn Moon Festival in China with its characteristic mooncakes celebrates the harvest, therefore it is connected with fertility and worship. The Emperors had for over three millennia elevated the Moon into its high status on the annual calendar. In Korea, Taiwan and Japan as well as in Singapore and Hong Kong lavish decorations accompany what was believed to be the brightest full moon of the year.

Full Moon festivals were and still are being held in folk and spiritual traditions, yet in the modern world we create fun differently. When I lived in Thailand, the Full Moon parties were the highlight of the month’s outing, while the ski mountains set up for the naturally lit night skiing or hiking adventures.

Yet, it is the New Moon phase, symbolic of eternal cycle of rebirth that probably inspired the ancient Hindus and the new beginnings of almost anything that can have life. It is the beginning of the waxing potential that reaches its peak in the Full Moon.

In yoga, the crescent-moon pose Ardha Chandrasana opens the heart chacra (anahata), the energy centre of ambition, compassion, and openness to giving and receiving love. Further, this back bending pose feels rejuvenating like the symbolic meaning of the Crescent Moon phase.

The Waning Moon usually does not symbolise much positives. This aging moon is losing its brightness all the way until the dark death of the few Dark Moon days. Such lightless nights invite clandestine activities. In some cultures like in India, this was the time of vigilance against thieves. 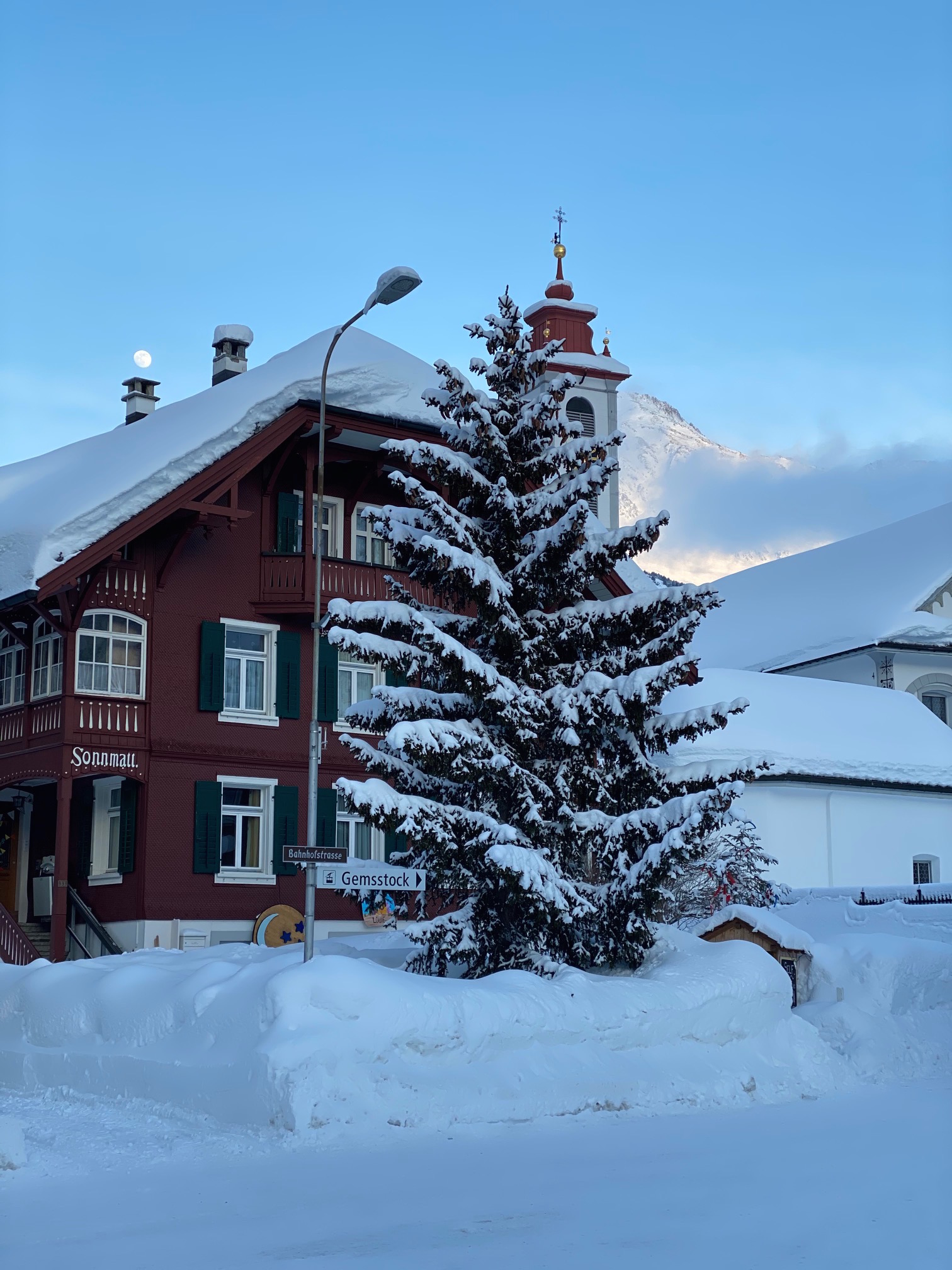 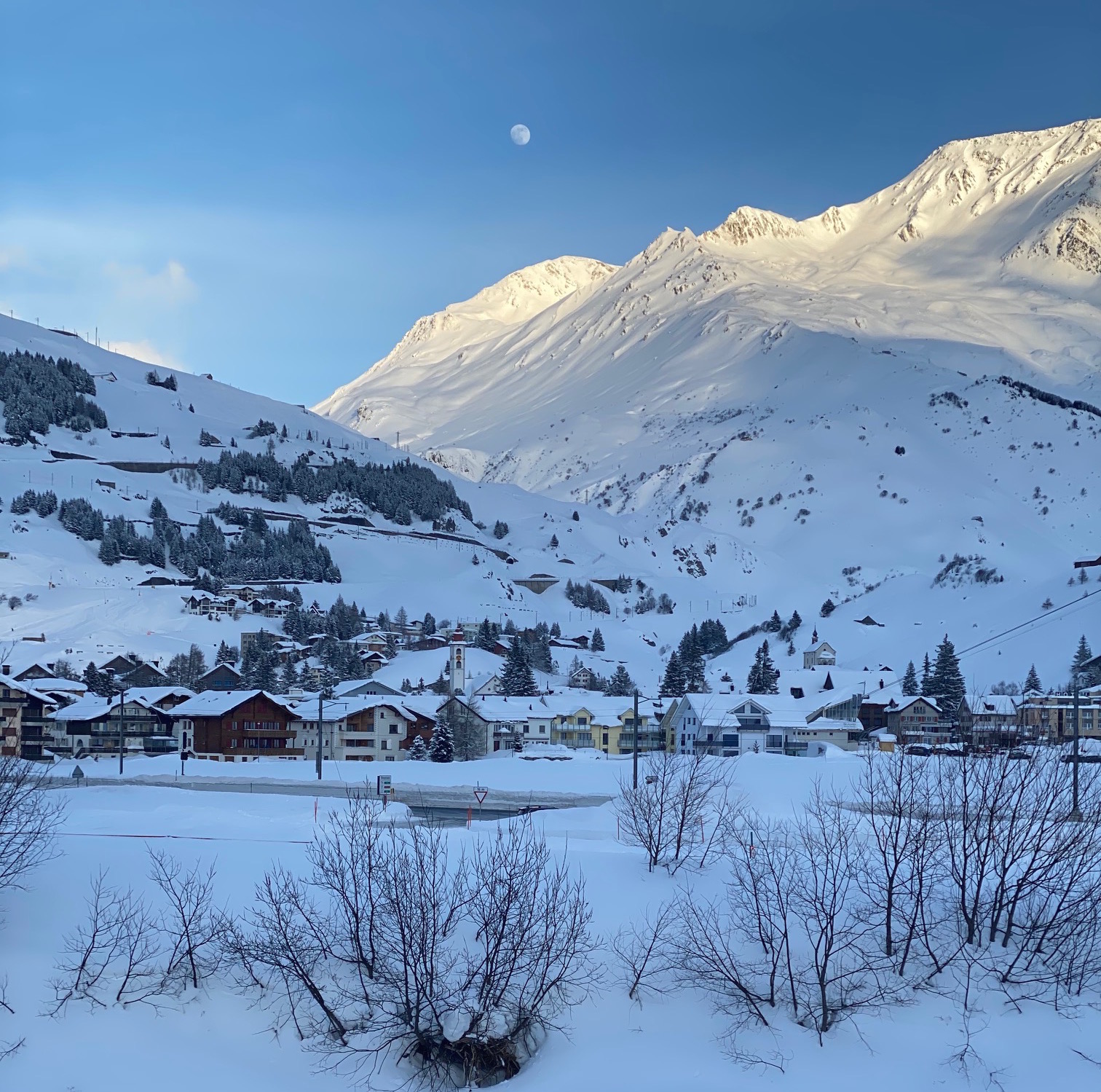 Some ignore the Moon for most of its journeying on the vast canvas of the sky. Unless, she mesmerises us with its extraterrestrial magnificence, a beauty on the sky at a specific location when its enlightening quality can shine in its full potential. Be open to her, and notice her bright magnificence, for that connection between you and her may deepen your everyday experience attuned to the cycle of birth and death.