Over the millennia, various rituals were crated in India to assist with healing and supporting the detoxification process necessary for returning closer to the individual equilibrium.

Ayurveda, the science of life and the oldest healthcare system, was born about 3,500 years ago in the Himalayas. According to a legend, there in the highest peaks of the Earth, during an enlightening congregation of rishis, the ancient Indian religious leaders and sages, who assisted by an intense meditation discovered how to eradicate human disease. As esoteric it may sound, Ayurveda developed through real experience, not just intelligent imagination.
Oneness, the mutual connection between man, nature and the universe, where every aspect of existence affects each other, became the ultimate guiding principle of the Ayurvedic lifestyle. Millennia of observation, trial and error, oral as well as vedic written transmission of knowledge have refined these time-tested truths about human nature and ultimately our health.
As the first holistic medical approach, Ayurveda never separates the mind’s emotional tensions from our bodily aches and the surrounding environment. Living in polluted air and stress of the urban lifestyle will negatively affect your physical health. This intertwined tendency explains why the wholeness of our existence is the focus of its healing. 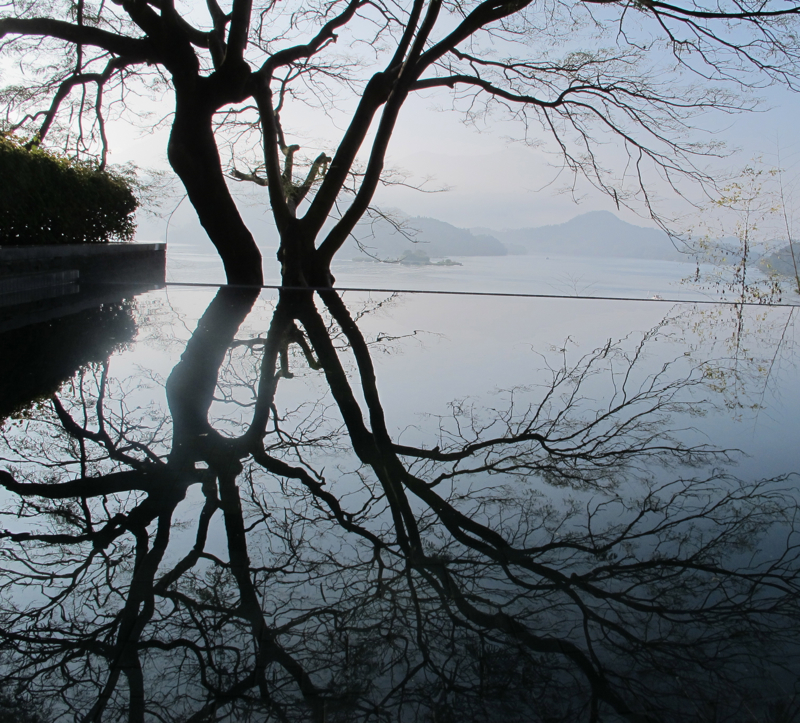 Mother of most health systems

Ayurveda’s journey to China imprinted lasting concepts into the Eastern healing practices, that spread together with the Chinese influence to the ancient Kingdom of Siam in the South and Japan in the Northeast.
If your prana, the life force equivalent to the ‘qi’ in the Traditional Chinese Medicine, is disrupted, your agni, the inner fire responsible for transformations in the body such as the immune response and metabolism, is weakened. Therefore through supporting the prana – digestion, absorption of nutrients and the immune system all improve, leading to a better functioning of the body.
The flow of the life force is disrupted by imbalanced doshas, the three individual constitutions characteristic for each human being also known as bio energies.
Nature’s Five Elements: Air, Earth, Fire, Water and Wind; penetrate the World and ourselves and are manifested in these doshas. Master forms of these three energies that we need to develop are prana (force), tejas (radiance) and ojas (vigour), which are supportive of good health.
The Chinese tradition also draws from the Natural Elements theory, the difference being that Earth, Fire, Metal, Water and Wood govern the world energies. Creation was hypothetically driven by tao’s energy of qi and its offsprings of yin & yang crated the sky and the Earth as did the male and female continuity. Food and breath bring the qi into our bodies as does prana enter ourselves in Ayurveda. The “likes” in these two traditional health systems practiced by most of the human population still today can fit only into a substantial book, since there are hundreds of similarities. 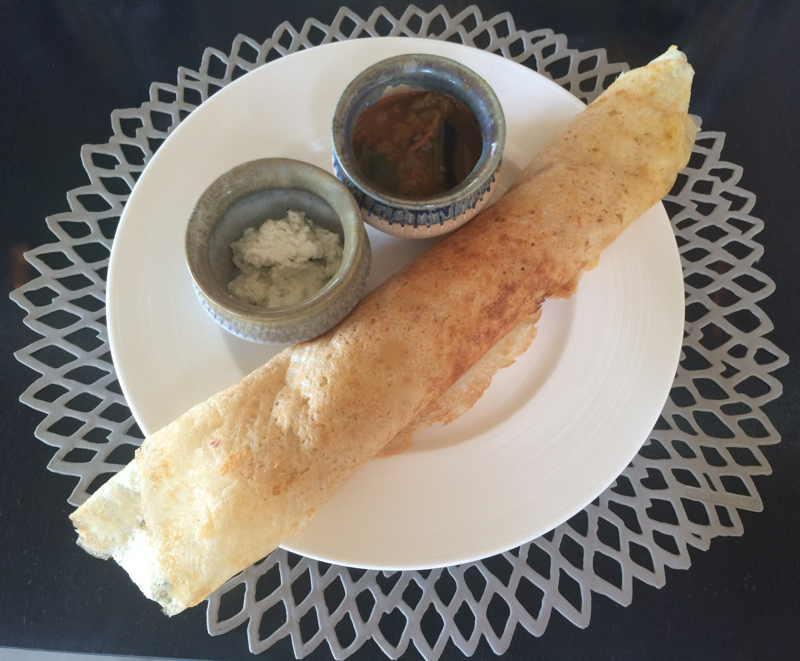 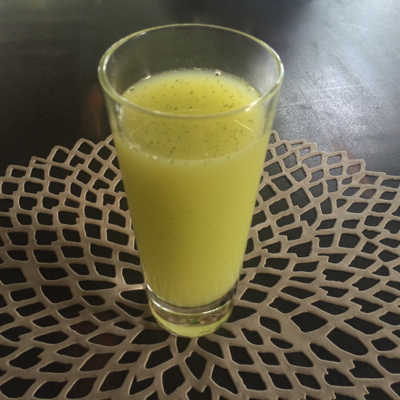 The ancient Greek healers and doctors were also inspired mainly by its use of herbs to cure and accent on proper nutrition for health. Hippocrates was not the first sage to realise that food can be a medicine and that its dose can make it a poison. The indispensable role of our mind, sanity and stability in our overall health was also taken seriously even millennia ago. Doctor David Frawley in his book Ayurveda and the Mind covers this theme in an easy to grasp manner. I sincerely recommend reading this scientifically minded holistic compendium. In his broad coverage, the author highlights the essence of sattva, the qualities of which are intelligence, virtue, clarity, goodness that creates peace, happiness and true love. Unattached to the conscious sattvic calmness, but by cultivating its qualities, we achieve contentment. The other two primal forces of human mental nature (known as three gunas) are rajas and tamas, two contradictory yet complementary (like yin & yang) aspects of action and inaction. Rajas’ fierce energy stirs passion that can cause conflict and distress in its pursuit of sensory enjoyment, while tamas’ dullness in its inertia leads to decay, ignorance and loss of awareness in its overemphasis on the material world.
Changing of seasons affecting not only our physical but also our mental wellbeing is consensually recognised by the modern western medicine.
It is important to note that, since it is an Indian approach, widely practiced in the Southern state of Kerala, where still today you find the most experienced doctors and clinics healing through Ayurveda, for foreigners raised in a different environment, climate and food, its guidance should not be taken word by word, but as a tested resource for creating one’s own balance. 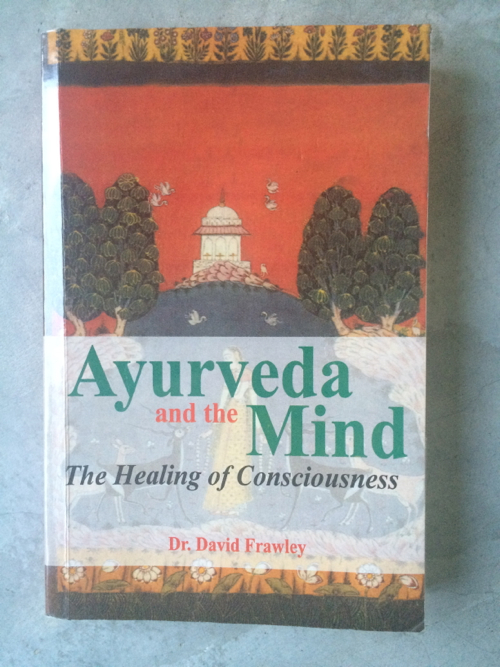 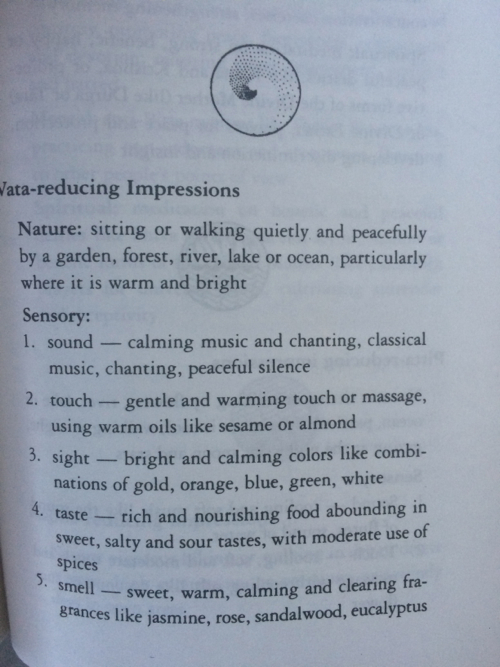 Individual search for equilibrium with Ayurveda

An experienced Ayurvedic practitioner easily, without any written questionnaire, assesses your overall health from behaviour, pulse, coating of the tongue (like TCM), your manner of discourse as well as momentous emotional state. In his assessment the doctor is able to distinguish our state NOW from how we were born. Ayurveda treats these current problems in order to return to a more true you (prakriti).
Each of us was born with a certain constitution, and ideally for our wellbeing we should attempt to support it. We posses to some degree all doshas, but one usually prevails. To return the balancing scales to our birth dosha/s, we must ground the Vata energy, tame the Pita fire and elevate the earthy Kapha. True holistic health is the trophy for such dedicated effort.
Human characteristics of the three doshas:
Vata – is energised, nervous, artistic and constantly active in the mind and the body (thin people).
Vata is the moving reflection of the air element in nature.
Pita – is aggressive, decisive, driven and hot tempered (muscular and well-built).
Pita represents the transformative fire element in nature.
Kapha – has motherly qualities such as love, care, charity, but also easy gains weight because of insufficient activity.
Kapha nourishes and protects like the earth element in nature.
Balance of the doshas yields the ultimate health. Most of us need to decrease or increase the characteristics specifically related to each one of these bio energies. This requires long-term lifestyle adjustments. Health comes as a natural result from the cocktail of proper lifestyle habits and the mindset, suitable diet and exercise. The well of wisdom is dizzyingly deep in Ayurveda and it requires a strong will. 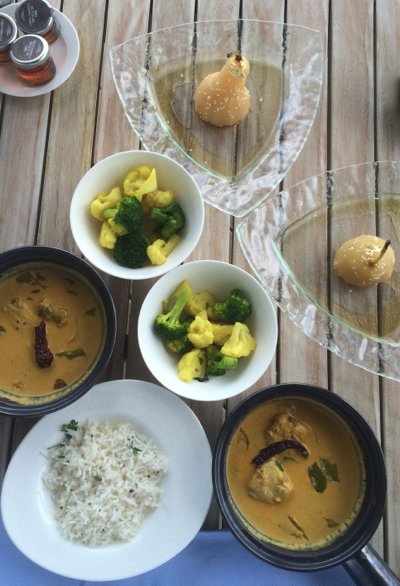 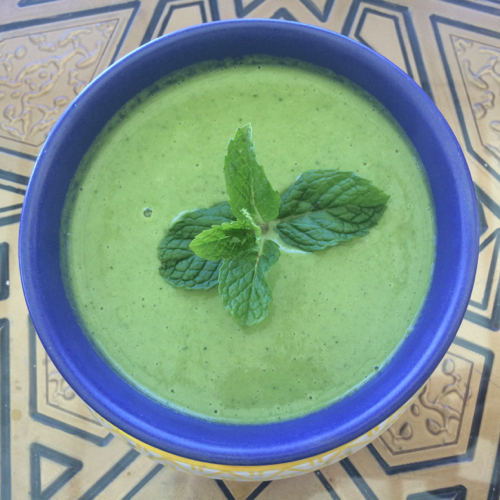 In Ayurveda, the amount, kind, taste, the combinations as well as the scheduling of food that should be regularly eaten in a calm setting, all play crucial role in maintaining good health. Prevailingly a vegetarian wholesome diet tailored to the individual – what will differ is the use of spices, dairy with the exception of ghee (clarified butter used for therapeutical cleansing), raw versus cooked food, steamed is generally preferred to fried food. The concrete effects of each ingredient are very specific and not many people are able to remember them. For an easier navigation taste defines what is best for you. Bitter, sweet, sour or salty, to support the needed dosha be directed by your tongue.
Some herbs such as Indian Gooseberry (Emblica Officinalis) and spices like cardamom are universally beneficial.
Meat is occasionally allowed to some individuals, but since it taxes heavily digestion and accumulates toxic waste in our bodies, only wild, hormone- and pollution-free animals should be included.
The life energy of prana enters the body through food and breathing, so living in non-polluted environment and regularly practising pranayama breathing exercises, is a recommended part of the cleansing routine balancing our system. 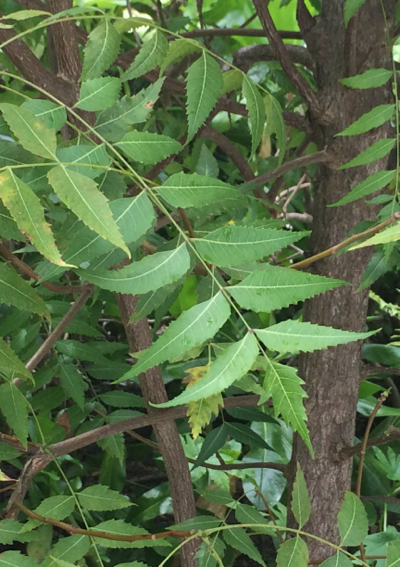 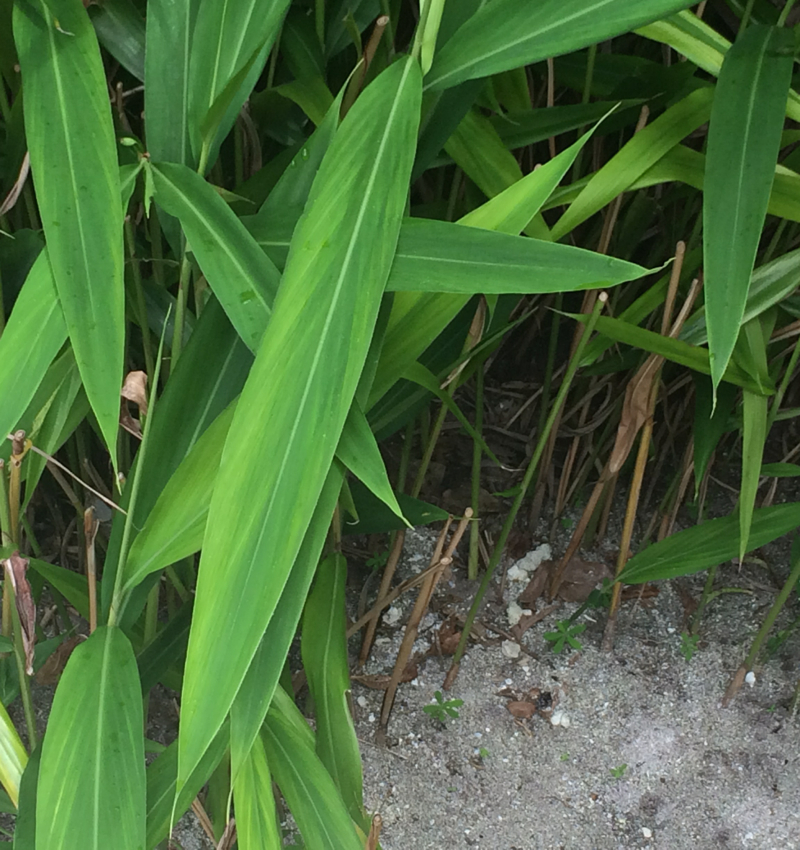 Over the millennia, various rituals were crated in India to assist with healing and supporting the detoxification process necessary for returning closer to the individual equilibrium.
An Ayurvedic warm oil massage aids with the elimination of toxins and tensions as does sweating in the steam room. There are many more spa rituals designed to reset your wellbeing. My recent stay at an Ayurvedic retreat in the Indian Ocean details the some of the rituals like shirodara. I went through just a 7-day Alleviating Therapy (Samana Chikitsa) to kickstart the balancing of my aggravated doshas. The resort like most serious Ayurvedic clinics further includes the intense 21 days lasting cleansing program known as panchakarma that is reputed to have the most profound effect on your health.
Various mental therapies and surgical methods are employed by the doctors when needed.
Taking care of your body benefits your mind and in the reverse. Therefore it is important to find an activity that suits your personal constitution (dosha). The practice of yoga in its authentic spiritual union-seeking manner, not as the heavy power workout and muscle building intended exercise professed in many urban fitness rooms today, leads to a more centred lifestyle. The practice of the asanas (postures) was originally designed to rejuvenate the body and mind.
“Om” was the first sound whose vibrations allegedly created the five elements and their combinations gave birth to the three doshas. Listen to an interview with Dr. David Frawley in this video where he explains Ayurveda’s connection with yoga. 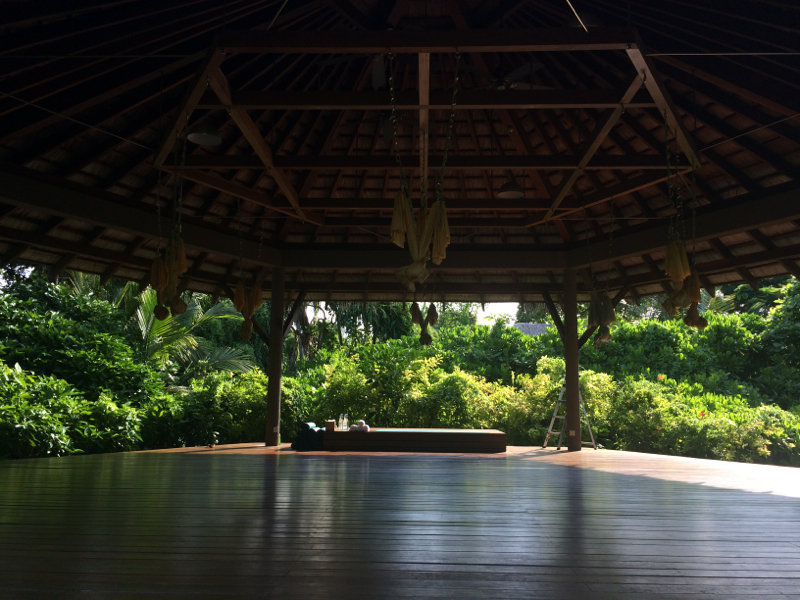 Tuning your body with the help of nature

Herbs (samana) and with them combined mineral and spice infusions and tonics are the foundation of the Ayurvedic balancing. Most retreats have their own garden from which the doctor as well as the therapists pluck the freshest, and the most potent, herbs. Tulsi, the Indian Holy Basil is used for its antimicrobial effects in foot baths, in a steam room as well as infusions. Ashwagandha (indian ginseng), cinnamon, ginger, neem, Indian Gooseberry also known as “amla“, and dozens of other herbs as well as controversial remedies such as microscopic doses of arsenic or mercury. Their efficiency has been tested zealously over time so one does not need to worry about being poisoned.
Gems and semi-precious stones are also used in the formulas, but the most common are herbal tinctures, tonics and sirups that are administered before or after the meals to support the agni. 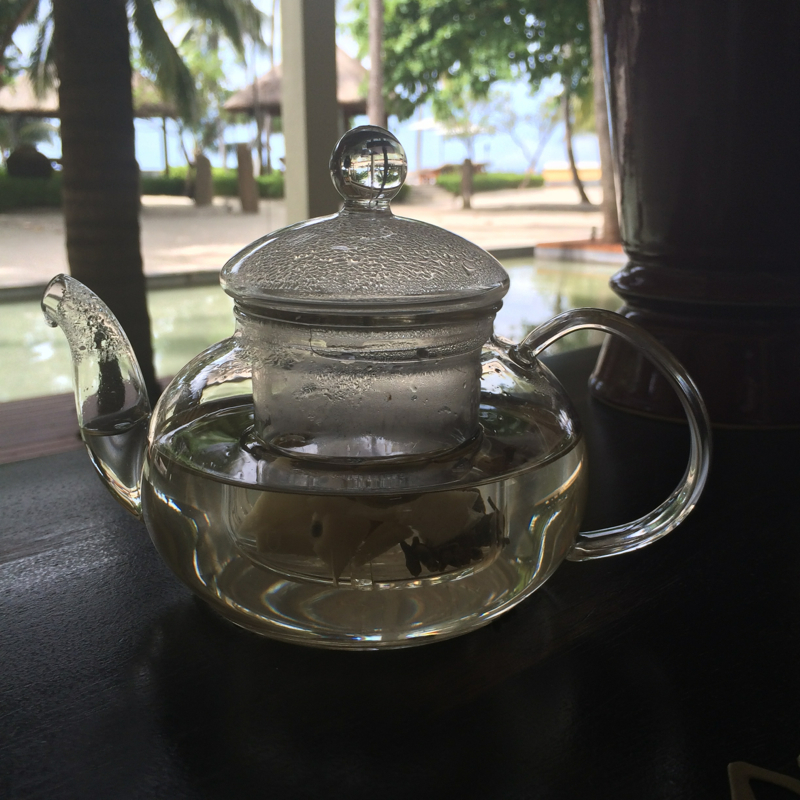 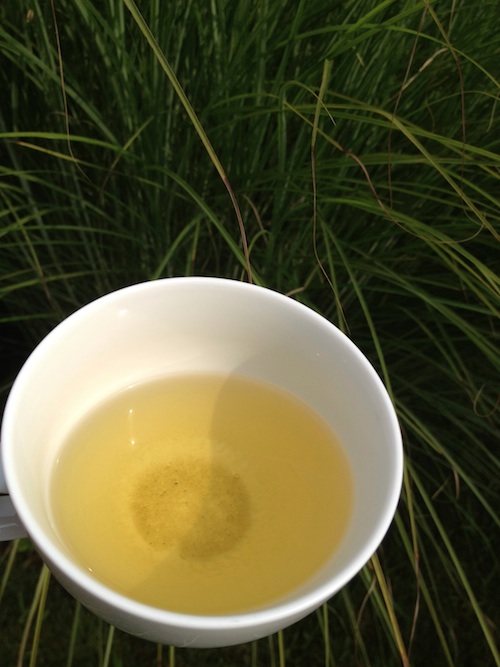 As celebrities in Hollywood and beyond seek Deepak Chopra’s guru lead advice on his luxurious retreat in California, Ayurveda is now also more popular abroad. During the 1960s, when the Beatles went to India and the naturalist hippies movement took off, Ayurvedic lifestyle was already on the rise. In India it is now being once again promoted after some dark period when the British colonial rule dismissed it, and before it the muslim rule centred in Rajastan eliminated the established schools and retreats. As a more affordable health care system than western drugs and treatments, Ayurveda is more suitable for the poor in India.
With our increasing concerns of the side effects and resistance decreasing western chemical drugs, perhaps returning to the millennial wisdom derived from natural healing might be a more advantageous alternative in its holistic approach to health.