Olives everywhere you look, in everything you bite and even in the air as their fresh vegetal fragrance bringing a whiff of the Mediterranean penetrates your lungs at La Table Alziari. Chewy or liquid, no wonder that the olives and the oil from them are omnipresent here, since the Alziari family is known for producing superb quality olive oil that can be purchased at their store near the Saleya market.

The tiny local Cailletier olives are juicy and often served with an aperitif at many bistros and bars, but probably nowhere else they feel more at home as they do at this casual home-cooking eatery.
Andre Alziari opened it in a narrow winding street of the old town (Vieux Nice), where his wife Anna-Marie makes everything as if she were at home cooking for her husband and children. The recipes were taken from the pantry of their parents and the dishes were, indeed, proven through the passage of time. 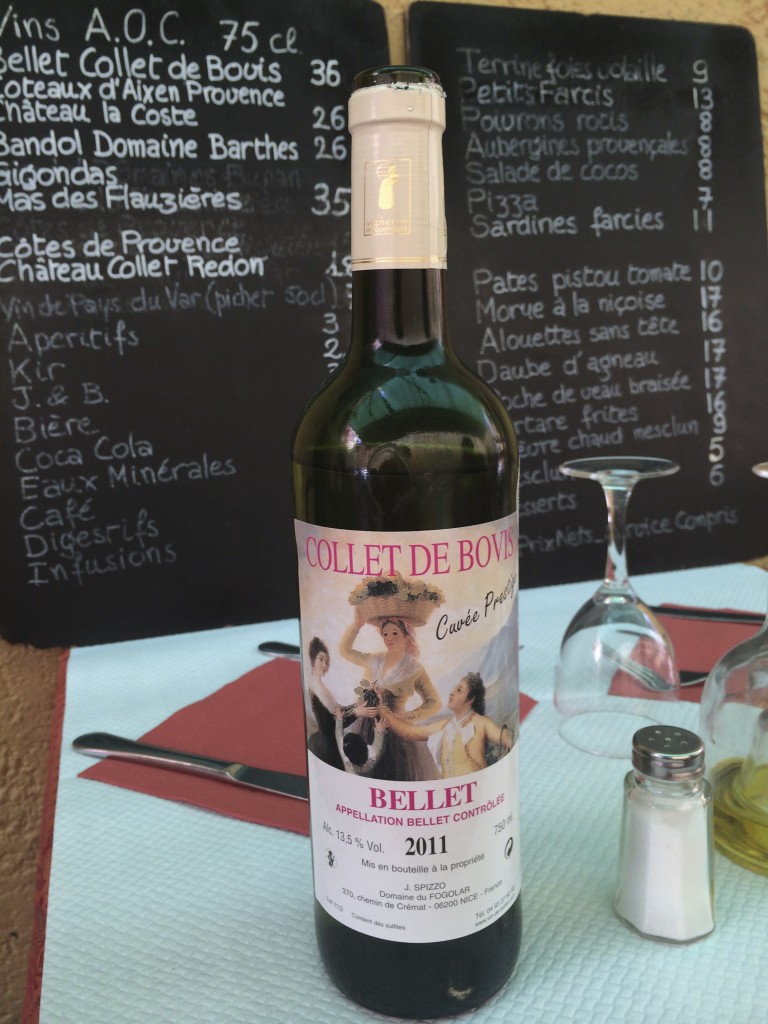 If your French is more like an olive on a tree after harvest, then do not worry since Andre speaks English fluently and is happy to use it. As I learned during the three years of living in the area, the French in the South are different from the legendary Parisian anglophobes. 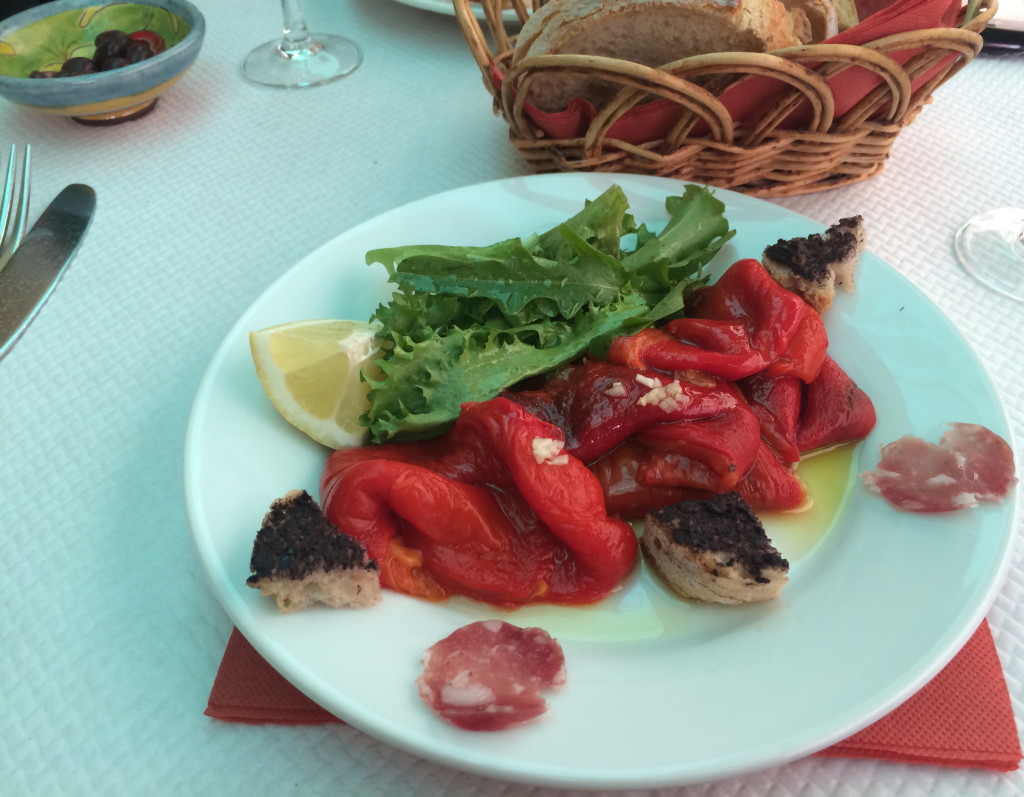 Whether or not you bite into the daily baked bread, dip it in olive oil or pat it with olive-based tapenade, the small Pizza made simply with tomatoes and cheese is worth the dietary sin. After all, white flour penetrated deeply into traditional French and Italian cooking, so make it your holiday treat and guiltlessly enjoy each bite. The pizza is different than you would get on a fast burning street oven or an Italian pizzeria. It has also been served at homes of the locals for generations. Nice was part of the Savoy duchesy before the country’s unification as Italy. One of the founders of Italy, Giuseppe Garibaldi was also born in Nice.
To start with or as a great tapa with locally made Bellet wine, the in-house Marinated peppers, tomatoes or aubergines available depending on the season are highly recommended. Succulent, fresh and not overly oily and dry as they can be when canned and sold in stores.
Grilled goat cheese nested atop a green salad is also from a local source, although the Alziari family does not make its own cheese, they buy it the freshest possible nearby.

As a main course, try the generous ‘Morue à la niçoise’, which is a cod fish in tomatoes, olives and potatoes stew. The menu board hanging on the walls inside and outside changes seasonally, but the marinated aubergines and succulent red peppers soaked in olive oil are always on hand. The ‘Tarte des Blettes’ (Swiss chard tart) is the most local dessert you can get unless you pop over to the nearby Fennochio ice cream parlor, that is famous for its over 100 flavors of gelato. 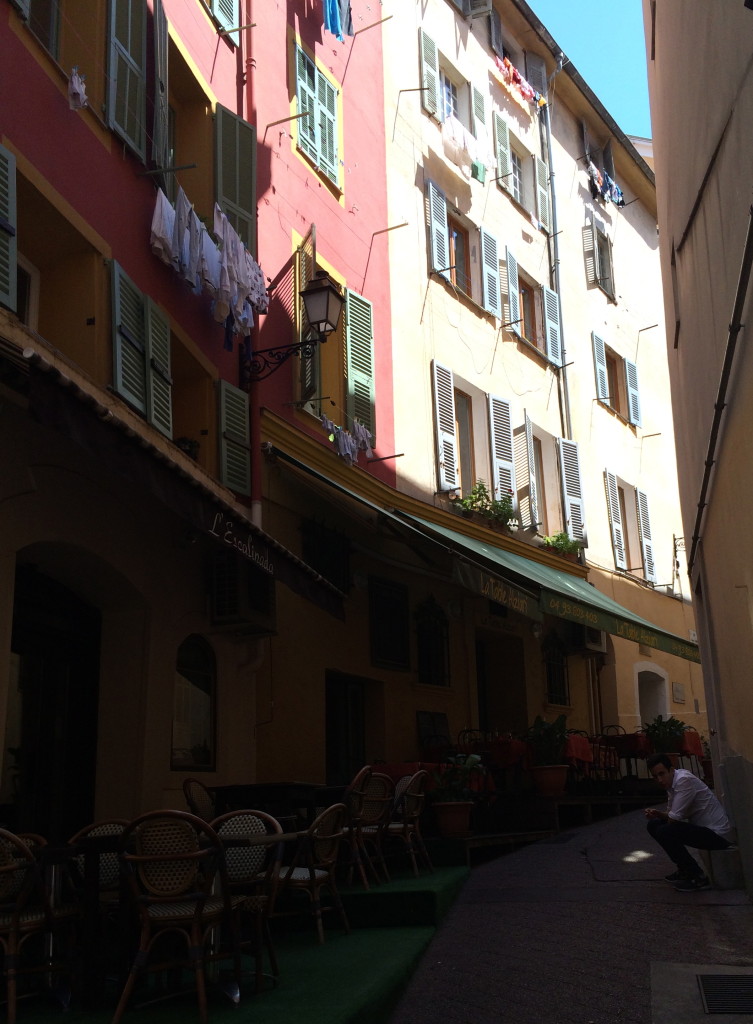 Although it is very casual, even Alain Ducasse, the chef behind multiple Michelin-adorned restaurants and of the Prince of Monaco, browses there now and then to get a feel of the genuine old Nice. Avoid only the by the tourists-besieged summer months. Sitting on the small terrace perched in a narrow stone road leading uphill you will feel like a neighbour who stopped by for something home-cooked to eat. As the restaurant’s name suggests you will indeed sit at the table of the Alziari family. 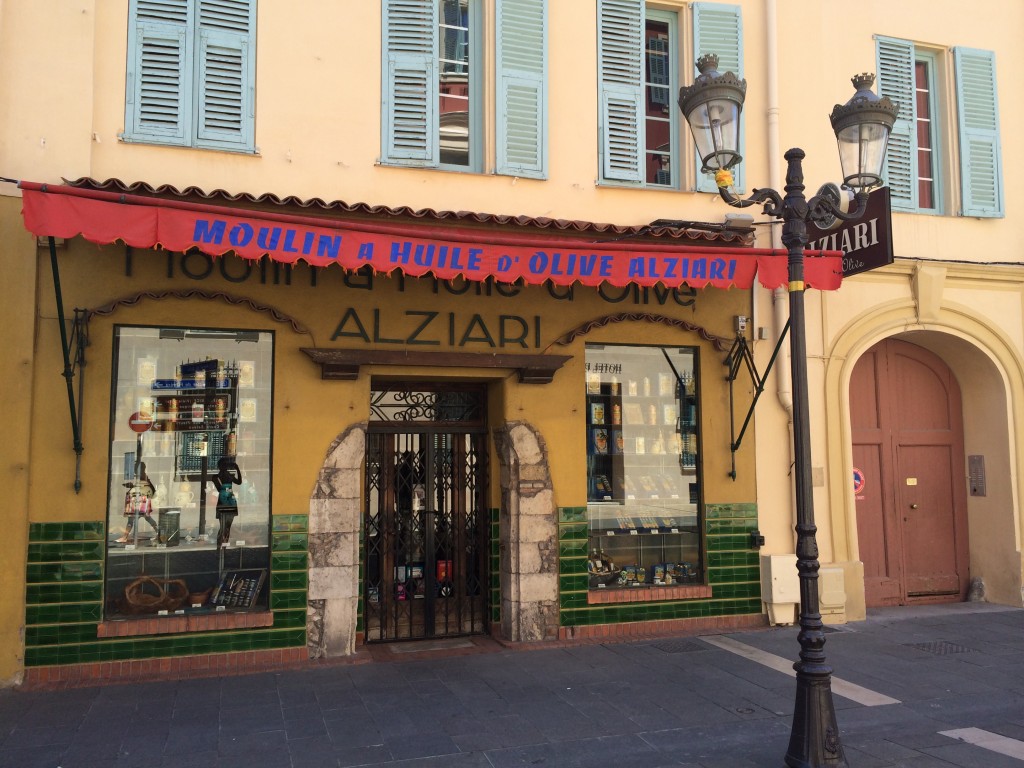