The most popular though remains the more affordable Whispering Angel, the label of which was inspired by a 19th century chapel nearby. Its clean-cut frame, for it was made in stainless steel tanks, is more suitable for summer drinking.

Château D’Esclans Garrus rosé is bolder than most rosé wines from Côtes de Provence, the hive for most known pink wines in the world, yet its sturdy old Grenache-based frame strives over time to mature enough towards a more nuanced equilibrium between its aromatic exotic fruit, woody richness, toasty smack and fresh nectarine acidity. 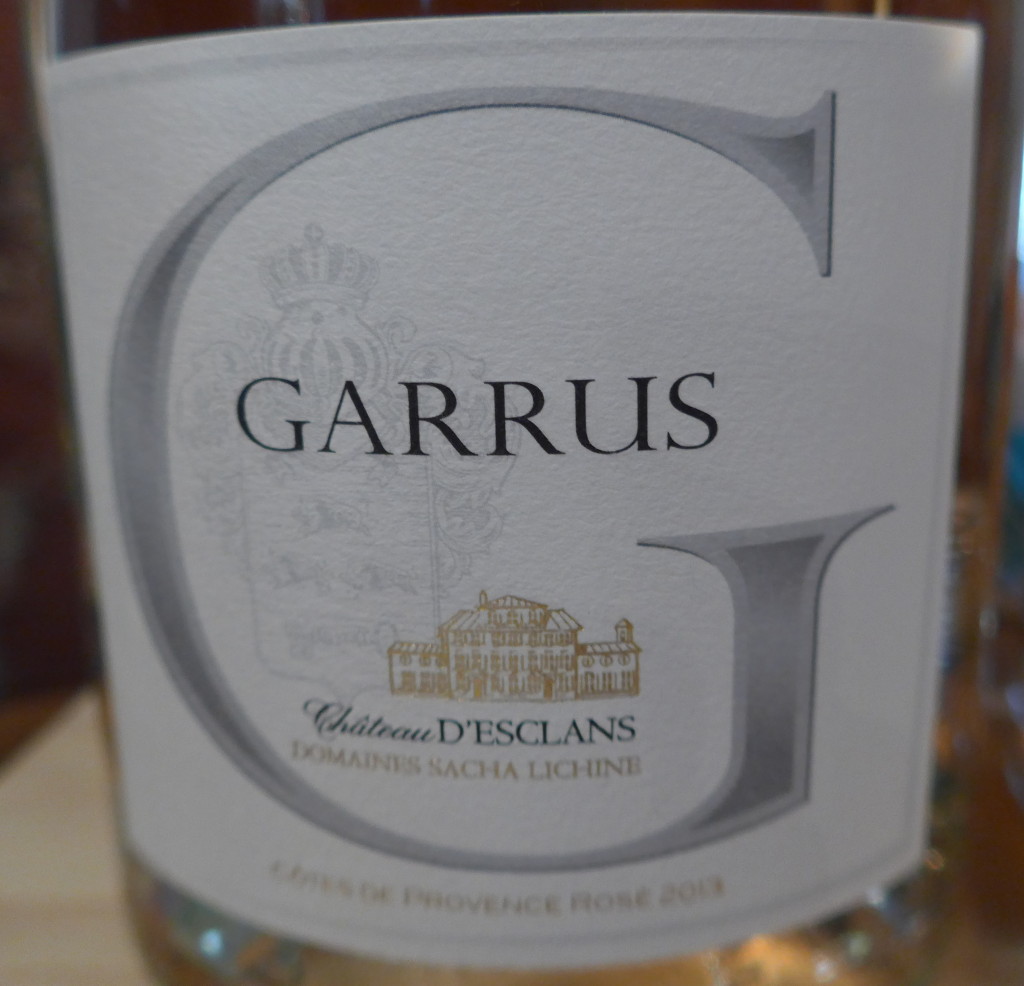 Despite its very high price (starts at €90 at the winery), the Garrus by Château D’Esclans sells well in glitzy holiday resorts such as St.Tropez, Cannes and Monte-Carlo, but it also adorns many US wine lists and you can spot it as far as in Singapore, New Zealand, and it even floated to the tax heaven of Grand Cayman in the Caribbean. 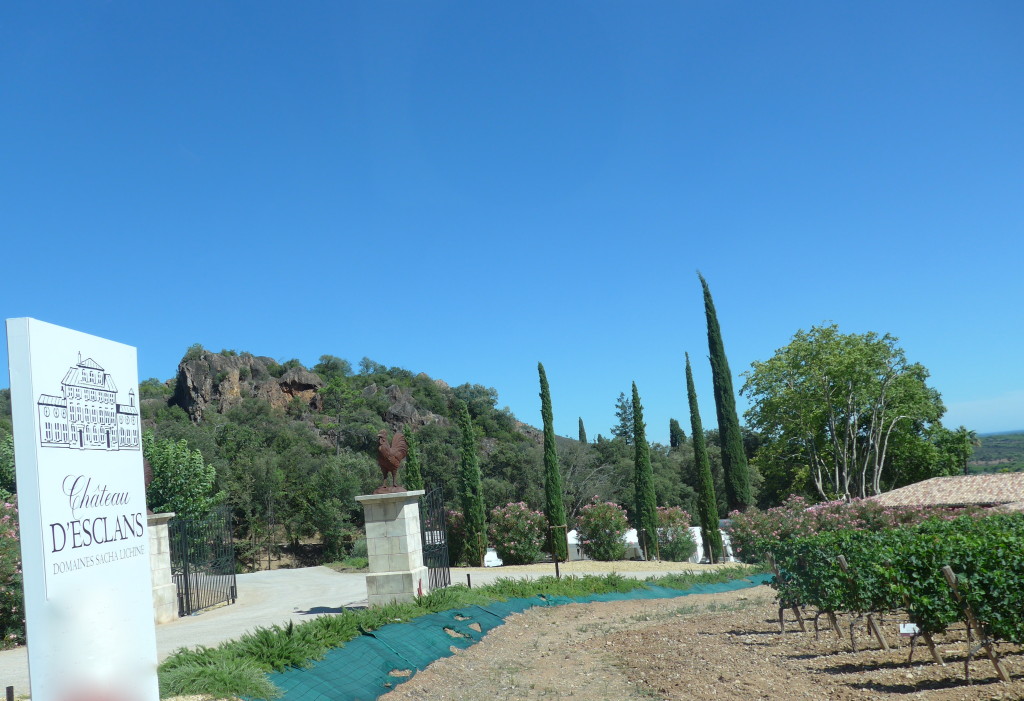 The rich have never had it easier to reach for a bottle of the priciest rosé ever made – the coveted Garrus. Although Garrus is not as rare as a bottle from a small Burgundy producer, further in contrast to its high price, its annual production is high enough to make it available at high-end establishments on each continent. The buzzing praise by top wine publications and critiques helped it to spread far beyond the showy shores of St Tropez.

Masterminded by an established French négociant Sacha Lichine, who bought the 267 ha property near La Motte in 2006, Château d’Esclans was set to become a world-class winery. Lichine’s bountiful previous experience in diverse facets of the wine trade as well as his innovative concept of a line of new world style expressive wines made in France by selected growers called “Sacha Lichine – Vins Sans Frontiers” [Wines without borders], all contributed to his global success. Yet, he is not the only person to be credited with creating this rosé phenomenon. 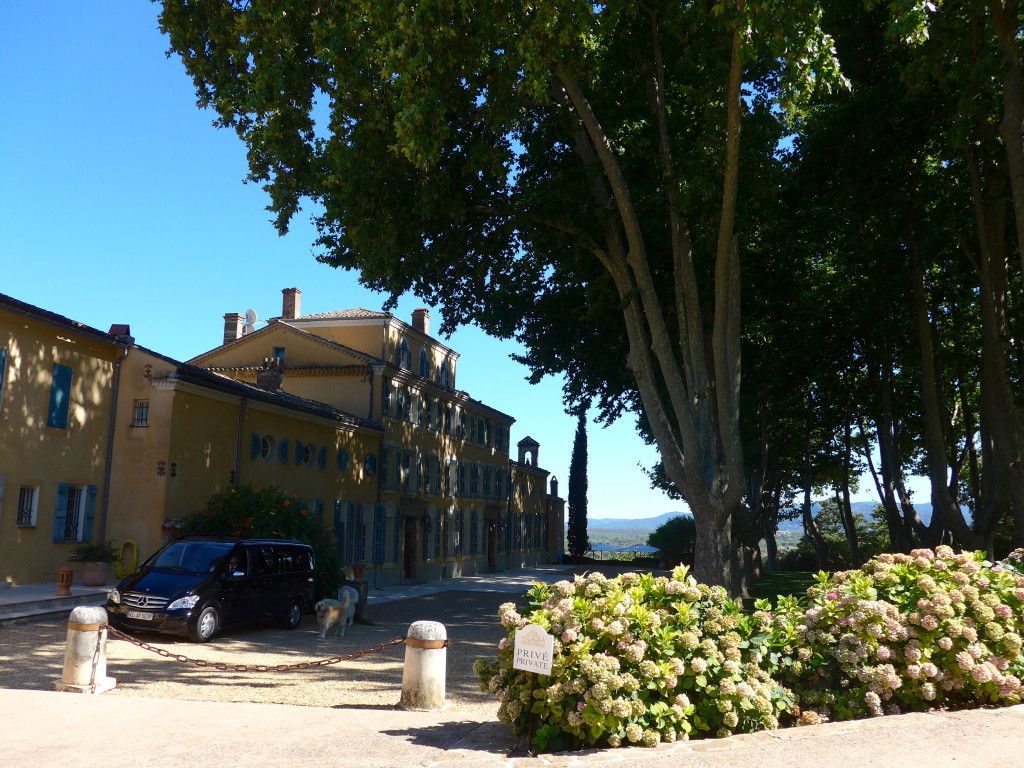 A Bordeaux native and consulting oenologist Patrick Léon, with experience from managing the Baron Phillipe de Rothschild properties in France, California and Chile as well as Château Lascombes in Margaux is the driving force behind the breakthrough winemaking at Château D’Esclans. 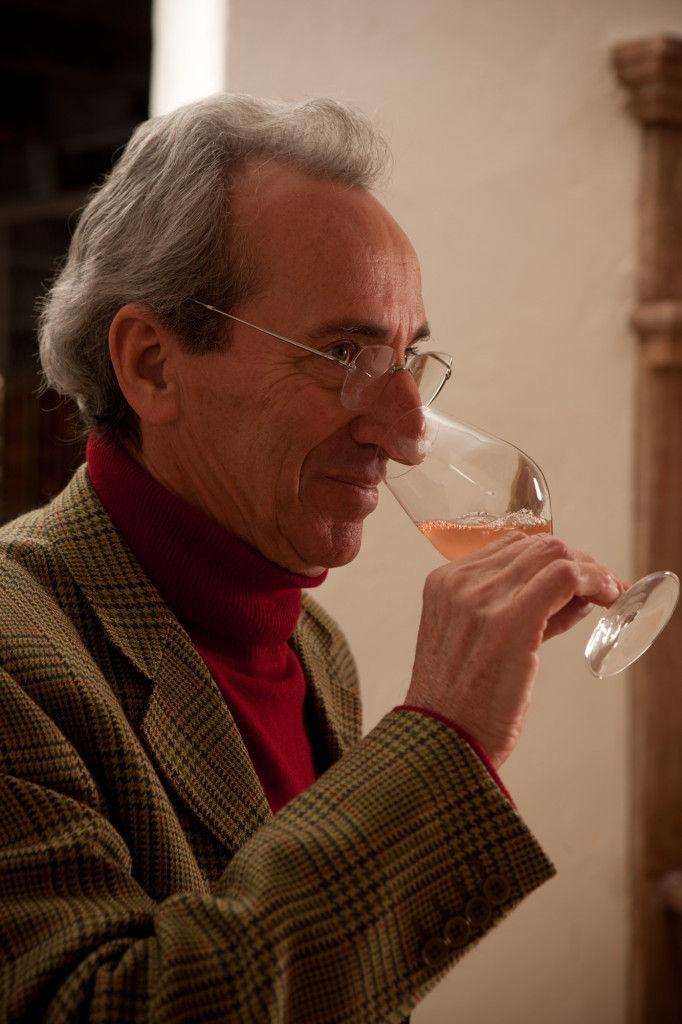 Their common wine savvy also pioneered in Provence using more laborious Bugundian techniques such as barrel fermentation and stirring of the dead yeasts (bâtonnage), both adding richness to wine. The result in Garrus is a concentrated wine with dried citrus, pear, exotic fruit and rich finish. This complex wine needs time to show its best qualities. Hence its name comes from a man called Garrus, who is reportedly known for his love of calibrating and needing time for it. 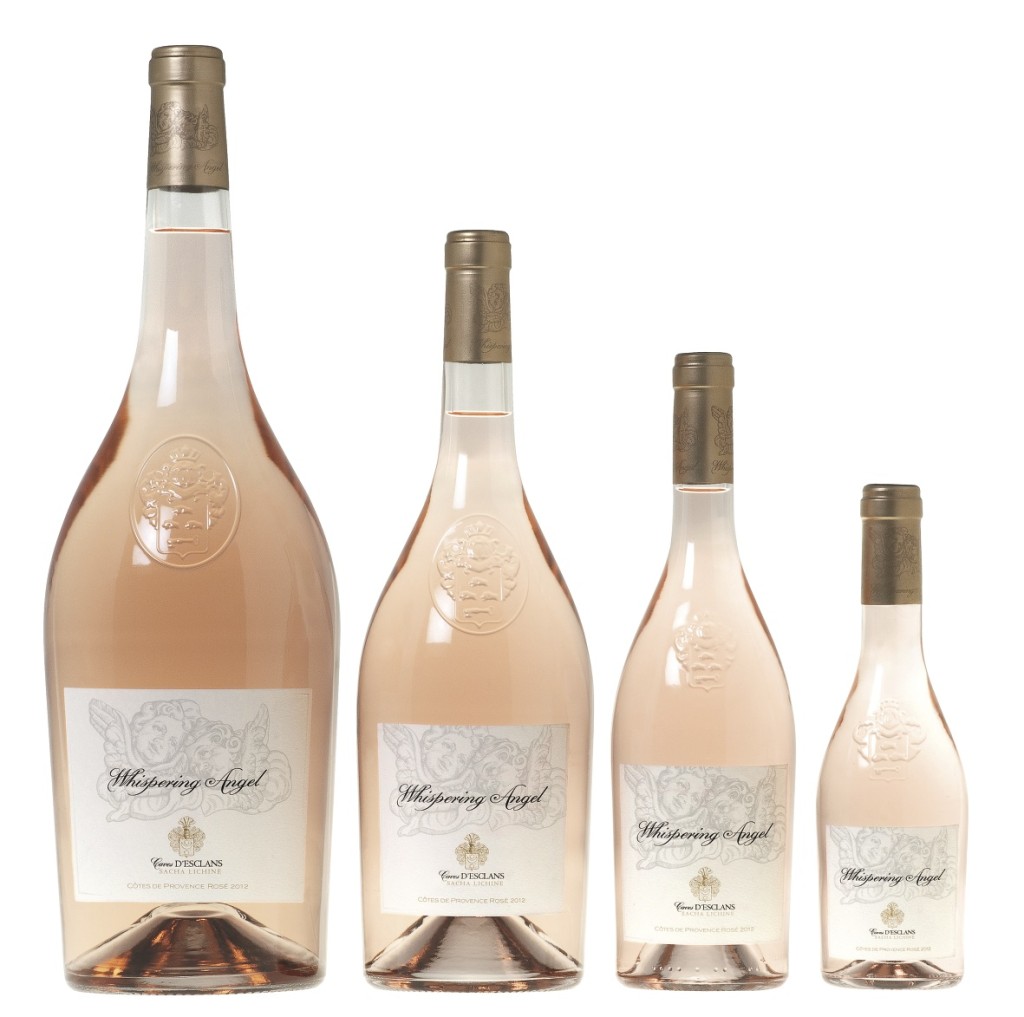 The most popular though remains the more affordable (about a third of the price of Garrus) Whispering Angel, the label of which was inspired by a 19th century chapel nearby. Its clean-cut frame, for it was made in stainless steel tanks, is more suitable for summer drinking. The blend of locally grown Grenache, Rolle, Cinsault, Syrah and Tibouren shows zingy red berries but also jammy structure on the palate its high quality is underlined by a long dry, almost herbal, finish. By using grapes not only from the Château D’Esclans, but also from associated local growers, Whispering Angel showcases that it is possible to make great wine, while not having a total control of the vines. 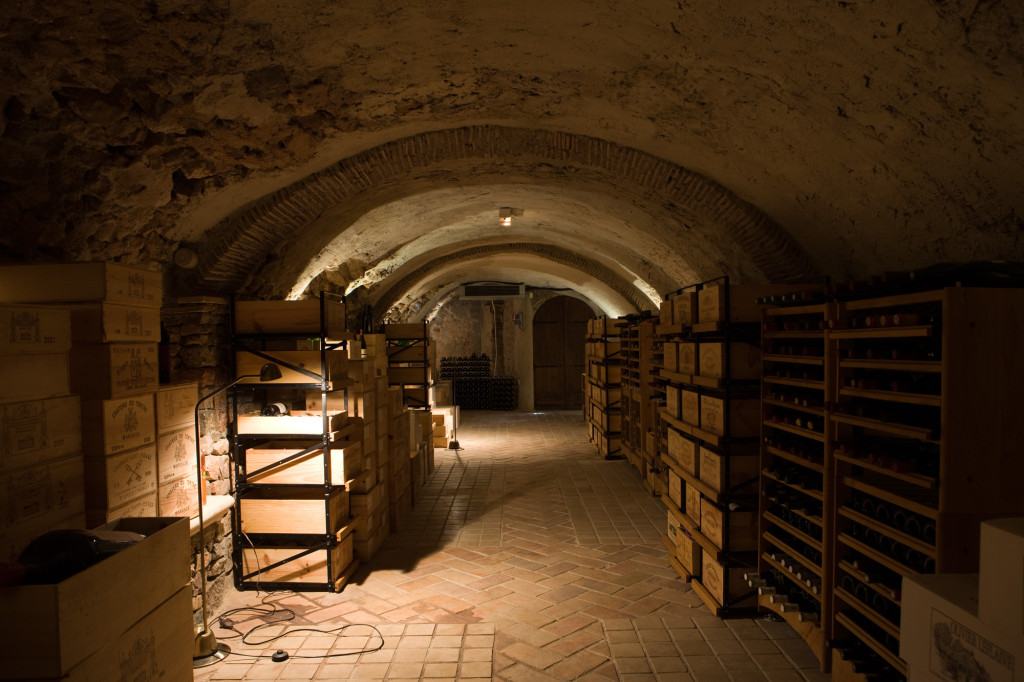 The basic (and the cheapest) line named simply Château D’Esclans rosé is a blend of Grenache and Rolle (Vermentino) that freshen up your palate with herbal and slightly spicy and stone fruits aromas. Tasting the just released 2013 vintage was challenging though, since the wines were not yet perfectly rounded up in the mouth. My favourite during this year’s tasting was Les Clans rosé perhaps because I tasted the older 2012 vintage that was perfectly ready for drinking. Made from old-vine Grenache and highlighted by bâtonnage (stirring the lees of the wine), the candied ginger, creamy texture with ripe pineapple sweetness was appealing. I would rather have this wine with food. Tasting previously the 2011 vintage, that was even better as it was more evolved. 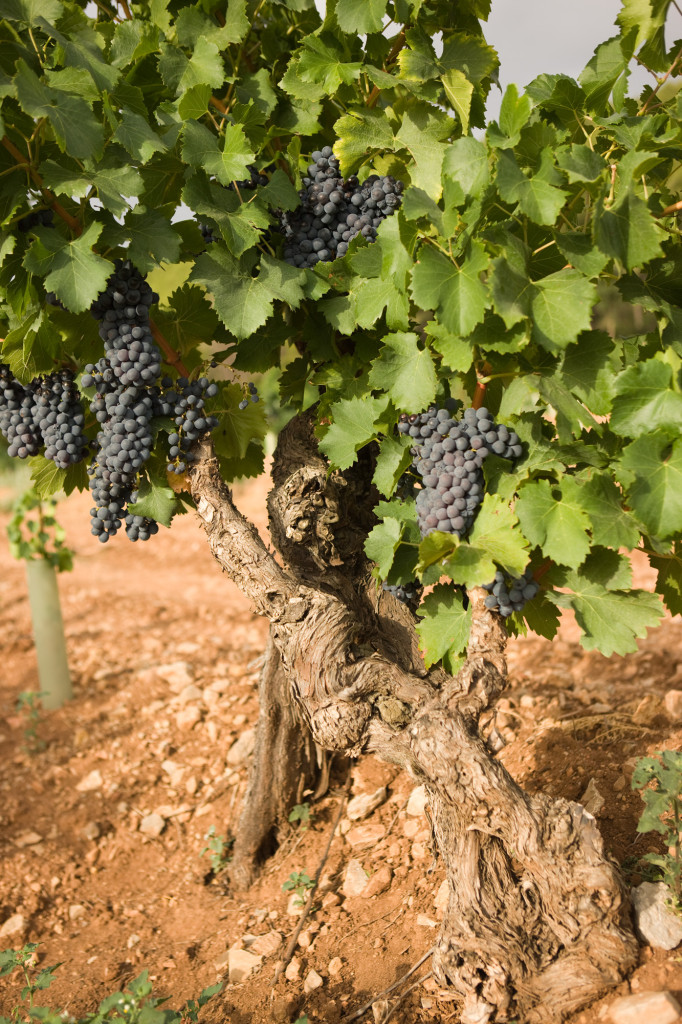 Although rosé is the winery’s most lauded pride, Sacha Linchine also makes other wines at his Château D’Esclans. Although Grenache is the king of the 44 ha planted with vines and some of these veterans are over 90 years old, these are mostly used in the Esclans’ iconic Garrus blended with the white varietal Rolle (Vermentino). Rolle is solely used in making the Déesse Astrée, a white beauty with honeyed depth and refreshing minty charm.
While Déesse Red is a Vin de Pays blend of Syrah and Merlot aged in French oak barrels. Black berries, currants and chewy tannins that need time to become more friendly with the delicately handled fruit make it a resolute food wine. 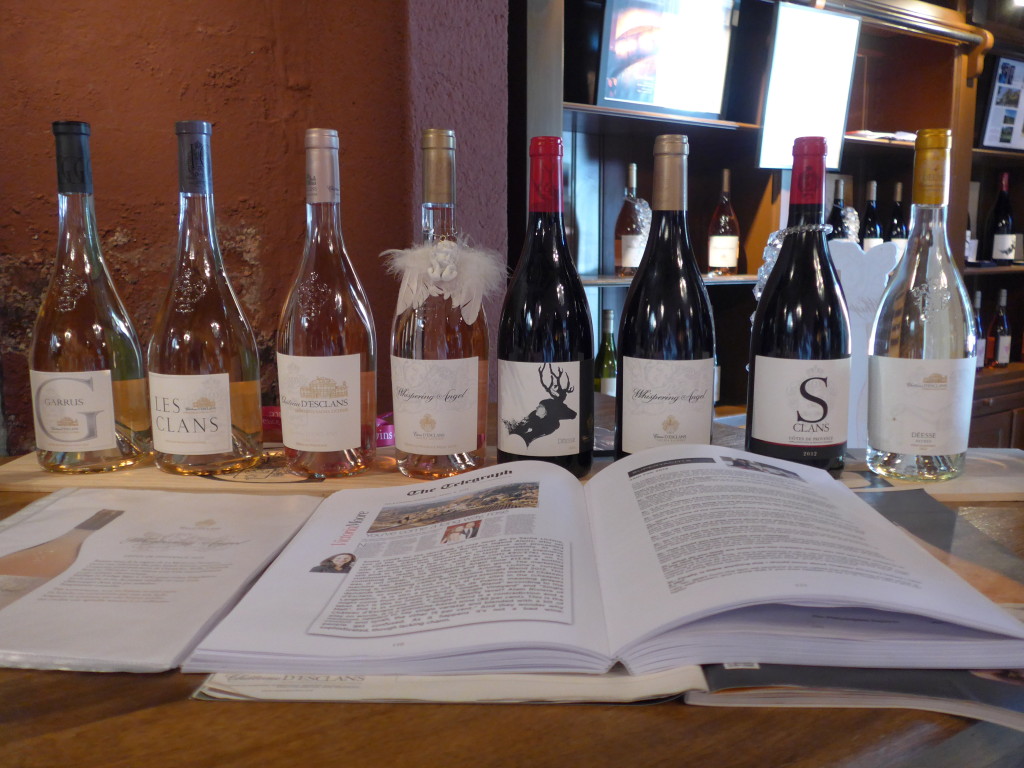 With his impressive global reach, Sacha Lichine achieved what most Provençal wineries could only dream about – he created an iconic French wine outside the established cellars of Bordeaux, Rhône and Burgundy appellations. Good marketing strategy surely helps, but Garrus in particular truly is a wine without borders as he aimed it to create.
Château d’Esclans, 4005 Route de Callas, 83920 La Motte, France
+33 494 604 040