Ferns and the beach myrtle border the illusionary prehistoric Coles Bay. Here, undisturbed by urban distractions one can savour listening to the rhythms of nature.

Spending time in Tasmania, the rocky, rural and remote mass of land in the Southern hemisphere, shifts one’s race car powered engine into a historic automobile’s phlegmatic attitude. In a slow motion, your hands waving across the Southern Ocean to the Arctic, you savour the crisply cool air. The natural ripples of fossil-stamped earth surrounding you were once submerged underwater, but resurfaced from the sea some 11-12,000 years ago creating the shallow Bass Strait, the islands and the later named Tasman Sea. 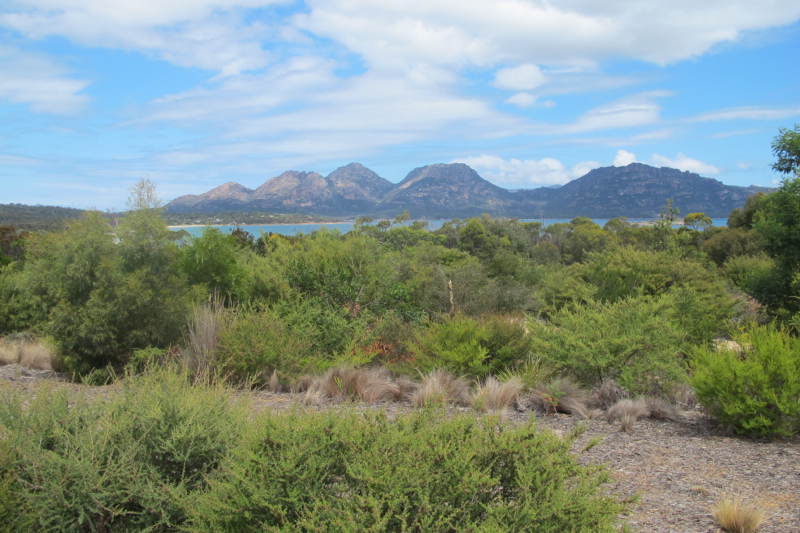 Who are the Tassies?

A conundrum of natural resources, exploited in part during its infamous convict labour past, is ironically the poorest Australian state. Discovered by Dutch explorer Abel Tasman in mid-17th century, his name bearing Tasmania is barely inhabited these days. Most of its human capital of convict British bloodline fled across the Bass Strait to the mainland in search of better work opportunities and more action powered lifestyle. While the aboriginal people are long gone, some are returning now and with them increasingly foreigners settling in its safe remoteness.
With the new arrivals, Tasmania became a fledgling foodie destination. The island’s abundance of fish, seafood (the lobster, oysters and sea urchins are divine!) as well as farm produce are sold directly at the fisheries and farms, but most is exported. Despite a scantly fertile soil farming was reborn recently as it became more trendy. Now dairying, cattle and any berry farms as well as apple orchards dot mainly the northern coast and the southeast. 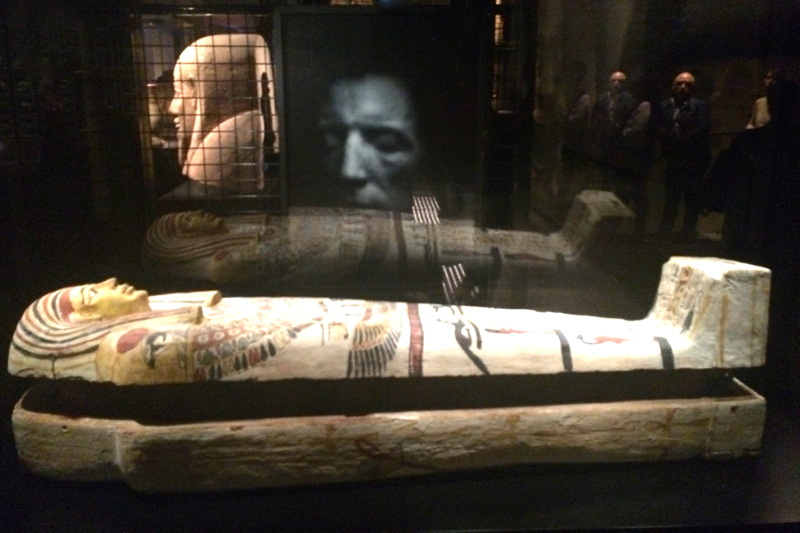 The human hub of the island is Hobart, a well-established port and the state capital, that has been for over three centuries tended by the European seafaring nations. Her Majesty Britain settled here before taking under its wings the main Australian peninsula. If you heart about Hobart, it was either the legendary and trecheous Sydney to Hobart Yacht Race that captivated your memory or your are a scientist interested in climate studies, but recently its gastronomic side has been catching up. There are around 30 wineries scattered just around the city, so you may be seduced to join the vinous trail. 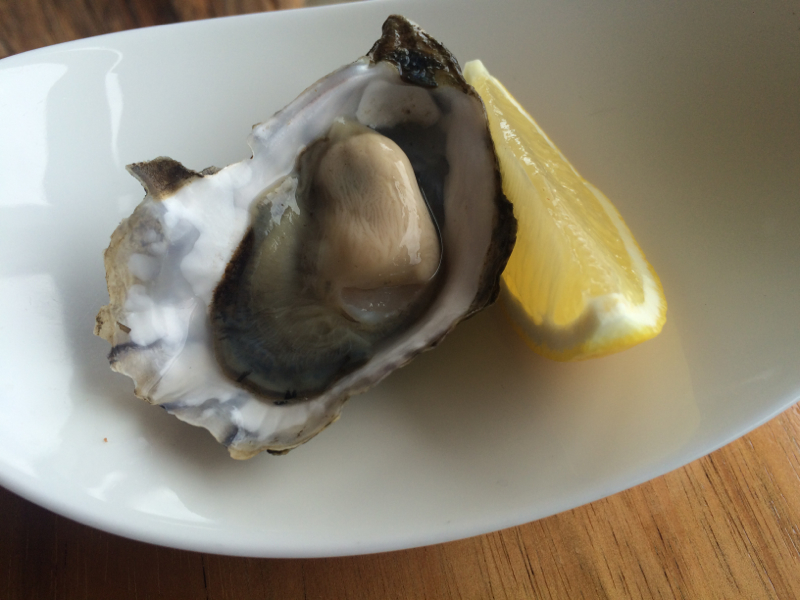 Before you imbibe perhaps too much wine elsewhere, most sold only locally, stop at the Museum of Old and New Art. MONA is also a winery, microbrewery and local events centre. This massive and rather out of ordinary project was founded by David Walsh, an online gambling prodigy, that made millions through his passion. Perhaps more than the eccentric mostly contemporary art, the booze displaying bars inside, lawn live music parties and gluttonous bbq’s, the ‘death wall’, where your cremated ashes can be interred, rises the brows of conservative visitors. Death is the reoccurring theme in the permanent collection. Yet, the shock effect has become the essence of contemporary art globally, and the floods of art-centric individuals pouring into the museum from as far as New York and London, prove the owner’s domain-nonspecific acumen. Entertained, he wants to be, but together with the people passing through his land. His welcome exceeds any museum that was ever created. nine ways to get to MONA – from a bicycle hire, through luxe coaches, to a fast ferry with a ‘posh pit’ option including complimentary nibbles and luscious beverages. 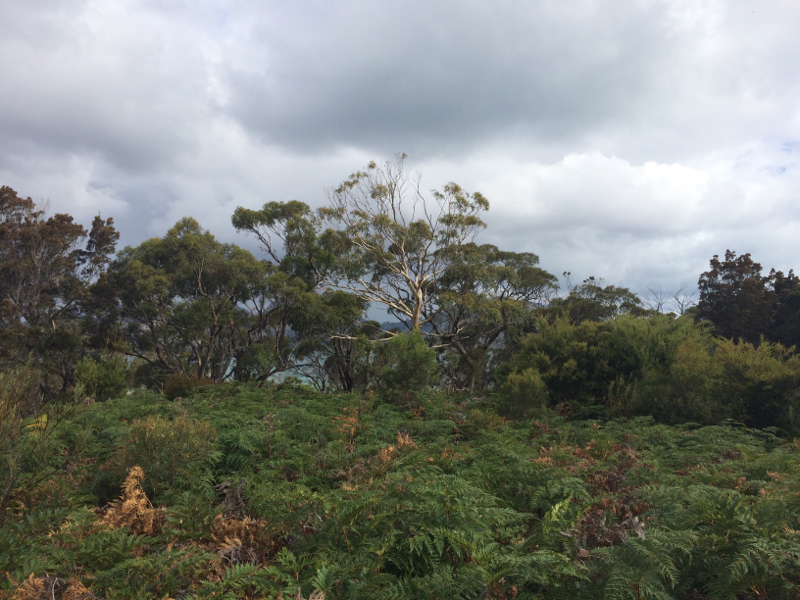 The beauty of untouched corners of the world

The southwestern hostile area is uninhabited. As “one of the three great temperate wilderness areas remaining in the Southern Hemisphere” the rain forests and lakes are protected by UNESCO. Ironically, this former convict holding of the British, today more resembles Canada or Switzerland. For its safety, but also for its crystal studs made of lakes. The green surface on its western parkland, also drums in its political soul. The birthplace of the Green Party now mostly relies on its ecological hydroelectric power.
From an aerial perspective, Tasmania’s wildness of its east coast can seem bare. As we flew in a red rescue helicopter towards the eastern most tip of the island, we marvelled at the scorched landscape. “There, you see the fire?”, our pilot pointed towards the fumes puffing from a nearby mountain. As his pal showered water from another helicopter, we learned that this is what most pilots do here, tame the fires and transport travellers like us. I have never seen a wildfire, but this is still Australia, the continent known for the spontaneous fiery sparks in nature that spread fast with the local fast blowing winds.
Most days, the clouds cover the sky in dense and a rain shower promising formations, but as the wind swooshes through the airy canvas leaving only puffs of clouds in the forefront perspective, nothing happens, perhaps just a few acid ‘rain’ drops. Behold, when the sun pushes its rays through the clouds on the sand, the coast glistens like liquid gold, melted by the solar heat. The mild, moist yet whimsy climate could be compared to the Basque region in north Spain, and the strong ocean winds battering its coasts bring to the mind Punta del Este in Uruguay. A raincoat and a waterproof hood are very handy here as each time we walked out two to five quick showers poured over us. 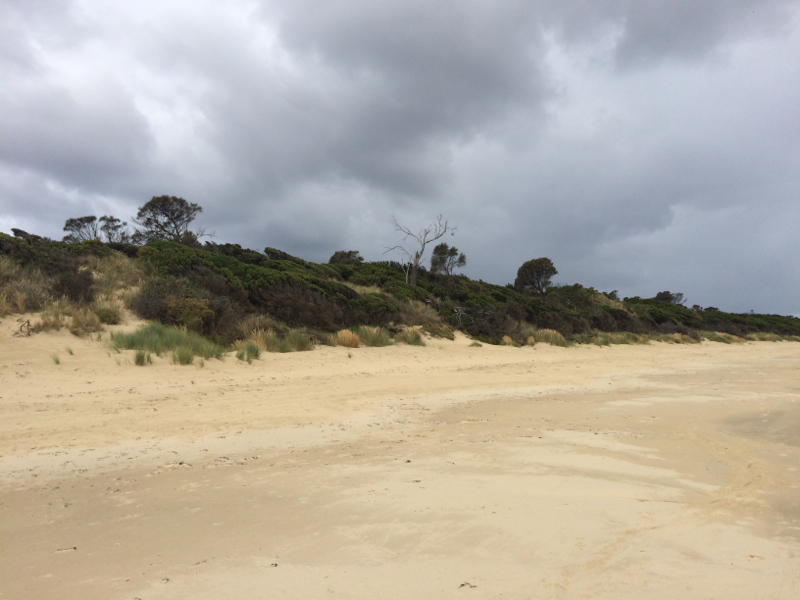 Hiking on the east coast of Tasmania

In the outdoors the colours are tuned down, as if being faded by the proximity to the South Pole the palette is very soft. Ferns and the beach myrtle border the illusionary prehistoric Coles Bay. Here, undisturbed by urban distractions one can savour listening to the rhythms of nature. Its pristine innocence is deceiving though, as the mining exploitation need only in recent decades. Allegedly, the land provided the material for the Statue of Liberty and many of the London city buildings. The ecological movement is still strong though, banning such naturalistically barbaric activities.
The frisky diversity became more pronounced during our four-hour hike through the Freycinet National Park. Our quarantine proven boots tapped the rocky, iron rich ochre megaliths, imprinted in the fossil and sea shells carpet on the golden beaches, and collected some of the dry needles fallen off the Mediterranean ‘pineland’. Spiking out to the cold Tasman Sea the Freycinet peninsula attracts during the summer season more visitors than the total population of the island! 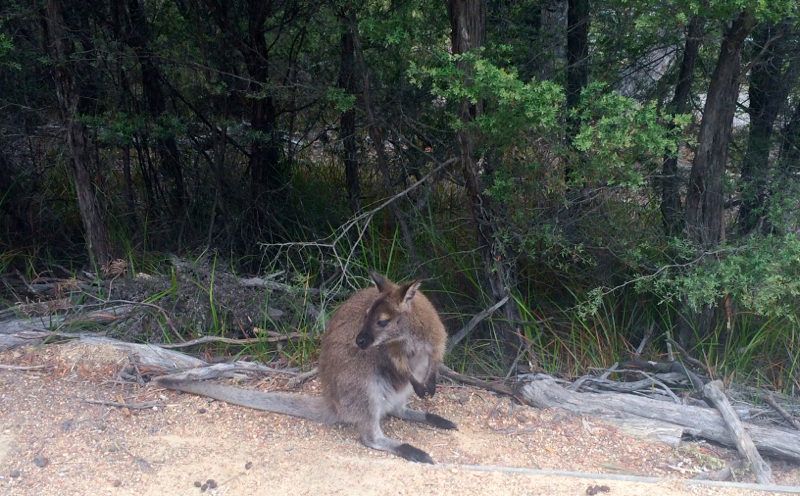 Right at the start, where the busses left the herding Chinese tourists, we were welcomed by a wild wallaby. The tender being looked so frightened by so much of human flesh around, that I was surprised it did not hop away to the bushes. Wallabies are tame. Observing his avoiding eyes, I felt a terrible guilt. Having eaten his flesh the previous day, he must have sensed my carnivorous gluttony. I wanted to try it once, since I might never be able to visit this remote island again. The gamey, juicy and tender meat reflects the mammal’s active lifestyle, jumping through the bushes, on a plant diet, it is low in fat and high in protein. You recognise it from a kangaroo through differently shaped ears, a longer tail and shorter height. 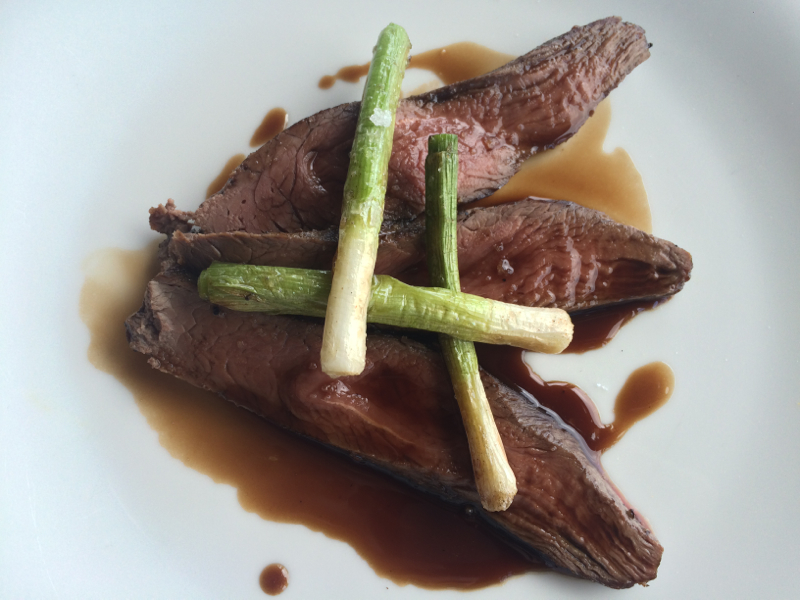 The strangely nosed Platypuses are another rare animals on the island, but we have seen zero. To my childish disappointment, neither have we seen any wild Tasmanian Devils. This is not unusual since this endangered carnivore has been dying in large numbers in the past decades. Not in the wild, but at least the marsupial native of Tasmania entertained us at a nearby refuge of the luxurious Saffire Lodge, where we stayed (read more and view a video of the Tasmanian Devils we saw there). In its ecologically sound, contemporary and extremely comforting cabins one can indulge in her passions as an artist, nature lover, yogi and writer as I did. 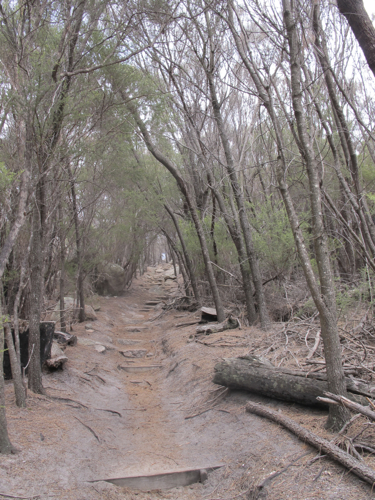 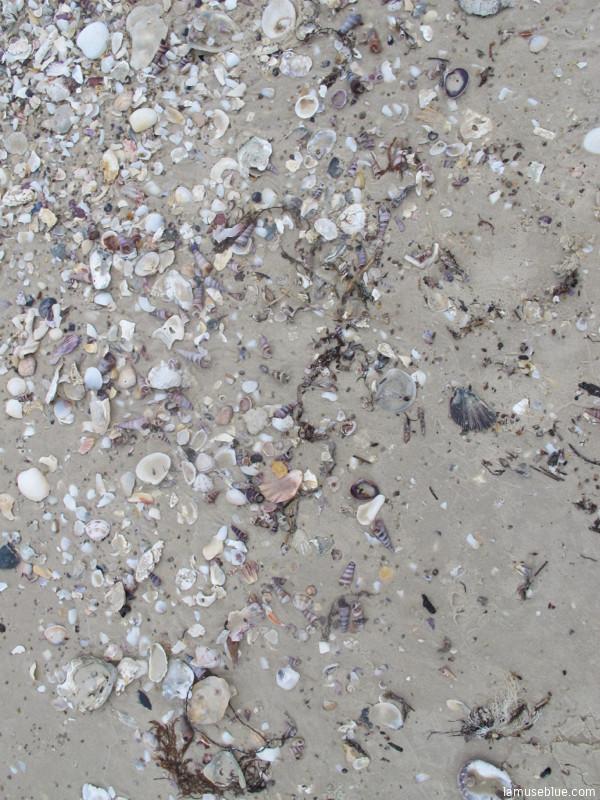 Climbing up the Hazards mountains of the Freycinet, snapping pictures from a hyper touristy lookout over the famous Wineglass Bay, excessively promoted as there are way too many people hoovering around, we were to be relieved soon. Luckily, most visitors are lazy, and as we continued on the track downhill the human presence diminished with the increasing steepness of the climb. Once we turned inland on the isthmus pass, we finally felt liberated. It was just us and the wild nature. These two kilometres are the last quite narrow and flat landmass of the peninsula. Our breath switched to a lower frequency, and we marvelled at the nothingness of the moment. Bowing our heads back from the crowns of the trees, we spotted dry branches scattered disorderly on both sides. These haunting tree skeletons reminded us that the only patch of land tended by human hands is the narrow dirt path we were marching on. 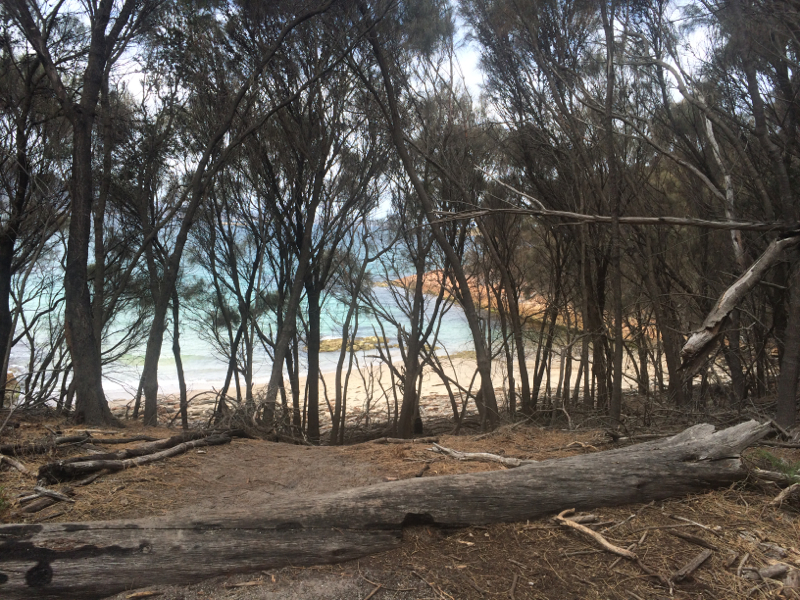 A shallow lagoon about a mid-way introduced wet marshes into our trail, but the park caretakers laid a carpet of wooden boards further easing our walk. At the end of the board path a slight climb over the sand dunes revealed a real treasure – the almost four-kilometres-long Hazards Beach. The Promise Bay fulfilled its vows. Unlike the Wineglass Bay, only crabs and an elderly couple accompanied our passage on the firm sand. Nevertheless, from the point of leaving the beach, our journey was to become more of a climb. My Mediterranean coastal walks submerged from my subconsciousness. The muted colours disappeared, more slippery rocks, and even the trees have changed from the previous segments of our hike. The long coastal path clung to the mineral-veined rocks on the base of the towering Mount Mayson. 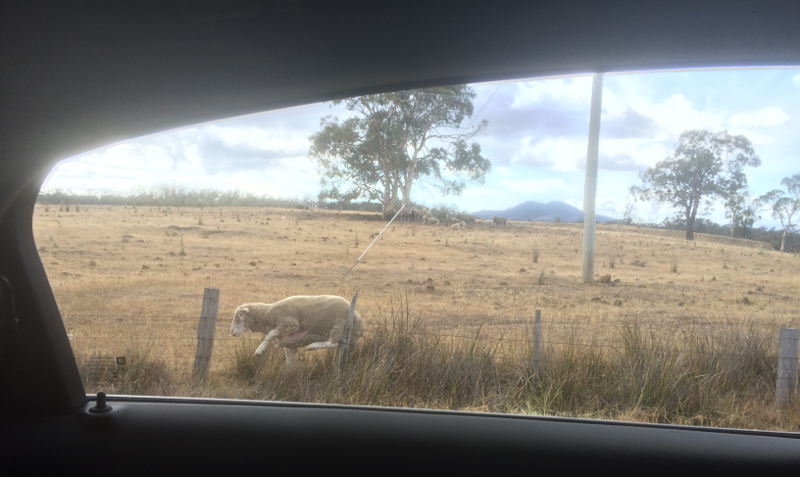 One does not need to wander through the national parks to see natural wonders around. During our smooth drive (the roads are in a superb shape) to Hobart, suddenly, we had to slow down as a car in front of us pulled over to help a stranded sheep in a wire that tried to wrestle itself from this trap fronting the motorised danger of the country road. The locals care about their environment, be it an animal, clean air, soil or with their surroundings connected buildings. 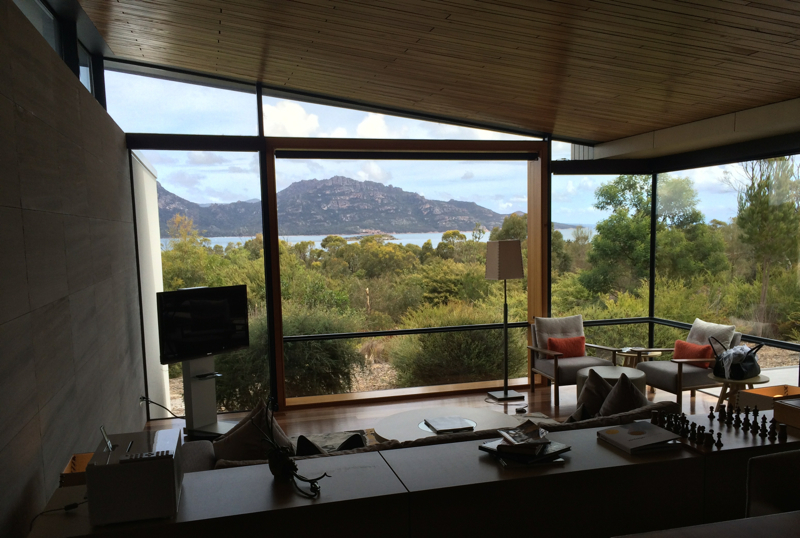 Before reaching Hobart, we stopped in an authentic fishing town, from where ferries to the Maria Island and its National Park depart. An elderly couple was selling coffee from  a truck parked by the boarding pier. Offering the Aussie favourite flat-white and even soy milk for your dairy-free cappuccino, this set could have been in a rural England. The locally-born Tassies were well-travelled, yet cherished the pristine air on their native island. “The world is so polluted, I do not understand how you people can live in the cities”, shared his concerns the elderly man. Well, he had a point, I would exchange the local air with any polluted Asian metropolis, by car exhaust enrobed European city or smoggy LA. That would not be fair though, we are doomed to breath what we have excreted into the air. Now you have a reason to come to Tasmania for an organic lung therapy.
The remoteness of Tasmania feels very comforting in this millennium. While distances shrunk, opportunities for a more spread violence increased. It is comical that an island where once criminals were sent to be rehabilitated, is now an oasis of order, peace and abiding the rule of law.
———
Addresses:
Saffire Lodge
✉ 2352 Coles Bay Rd, Coles Bay TAS 7215, Australia
☏ +61 3 6256 7888
Museum of Old and New Art
Open Wed-Mon; in January daily; closed on Tues & Christmas Day. Summer & winter opening hours differ, cheek their website mona.net.au
✉ 655 Main Road, Berrindale Hobart TAS 7011, Australia
☏ +61 3 6277 9971 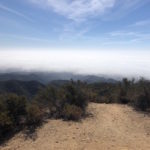 Invisible: Hiking the wild-side of LA and finding peace in nature 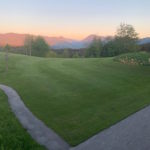 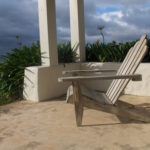 Balanced health from Europe through Arizona to Japan 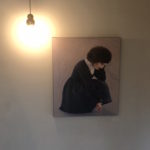