The price of land in Monaco is the highest in the world, so it came naturally that the first Michelin starred fully organic restaurant is located there. In Monaco now, luxury meets organic dining. The ingredients are not sourced from the Principality, but from regional, small organic farms selected by the chef Paolo Sari. The executive chef at the five-star Monte Carlo Beach hotel also organised recently the organic fair in Monaco titled Route du Gout, the Journey of Taste. 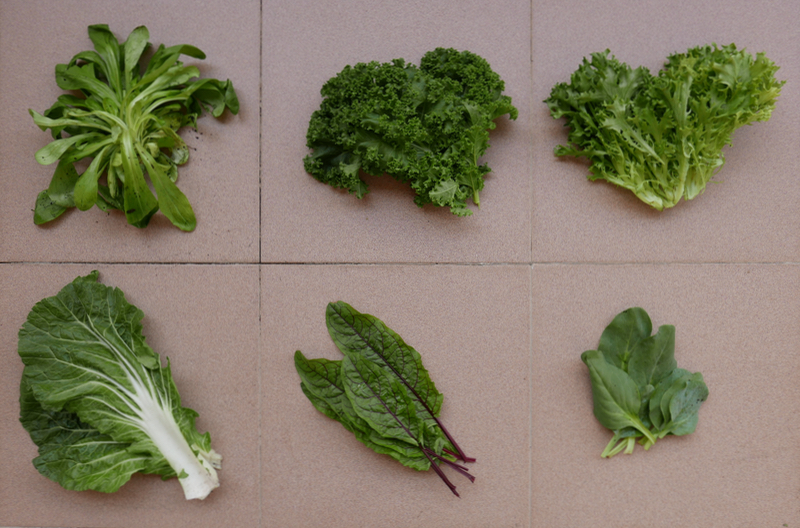 An Italian native, the style-conscious, originally shaved chef has been eating organic produce for over a decade and stole headlines of the local royalty meets race cars news feed when his restaurant Elsa became the first Michelin starred fully organic certified restaurant. In fact, the entire Monte-Carlo Beach Club serves organic plates, from the casual but award-winning pizza, through the vegetable crudites at Le Deck to the mozarella on the Beach Club menu. The seafood and fish are line caught by local fishermen, and the water in the olympic-size swimming pool is recycled from the Mediterranean. Last time I dined at Elsa, I ordered the signature starter Bio Sama, which is a daily changing plate of assorted fresh vegetables and herbs sourced from the 15 organic gardens. A splash of greenish Taggiasca olive oil and fleur de sel.  In Japanese bio sama means “thanking the earth for what it has provided for us”, and on the day I dined there my palate could thank the chef to assemble the local nature’s bounty into a beautiful, simple plate.
At the restaurant even all the wines are “bio”. Only meat that has been organically raised in the vicinity appears on the summer season spanning menus. As Elsa and the hotel both close each year for a long six months break, the chef pours his passion for organic lifestyle into the event, now in October 2016 in its second vintage. 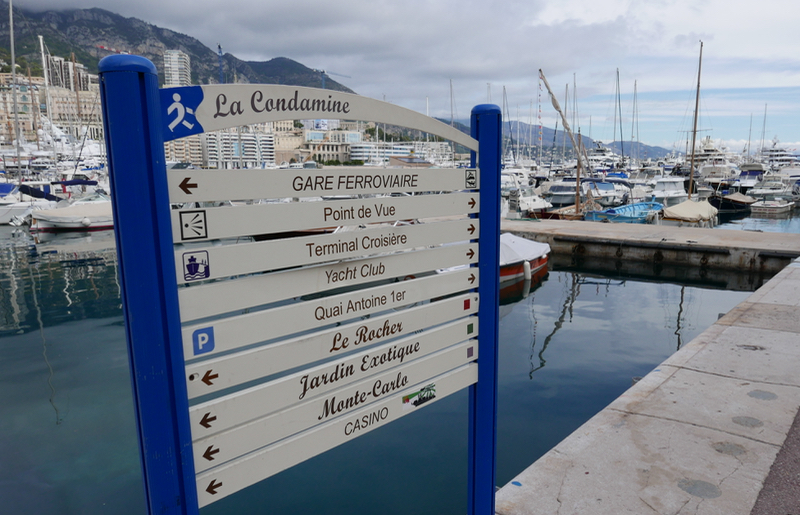 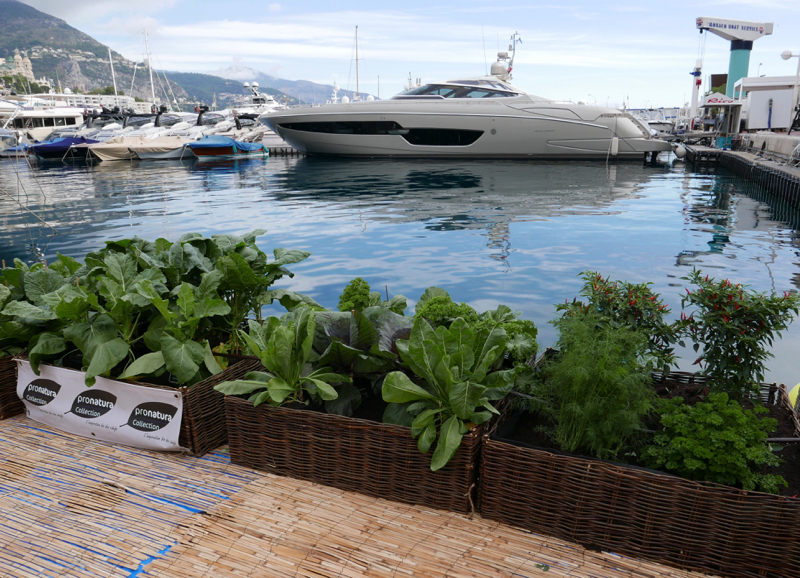 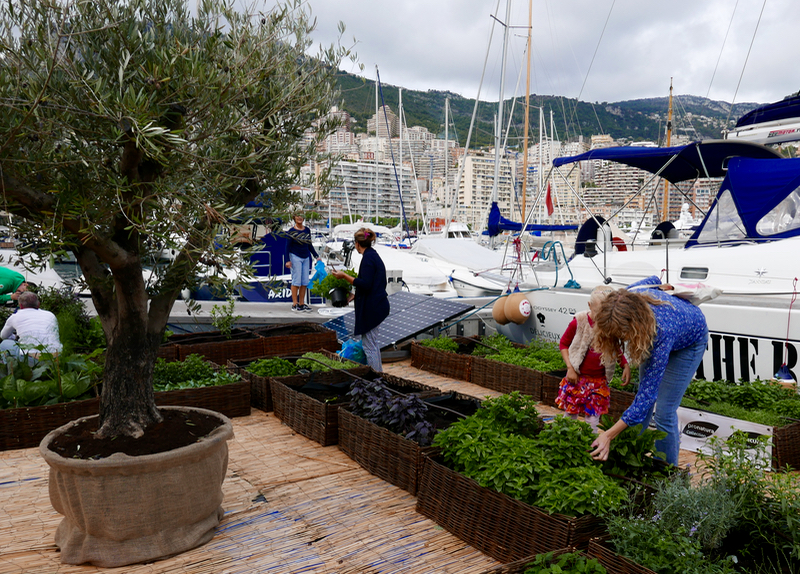 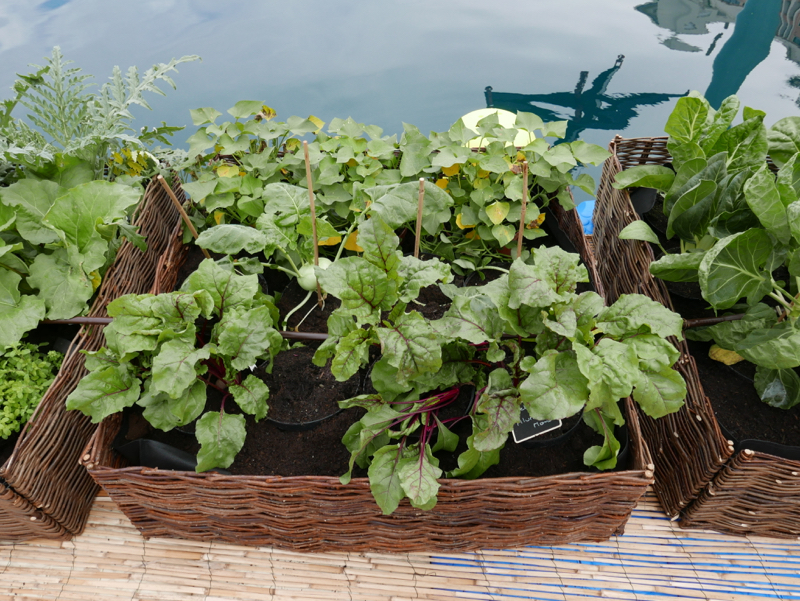 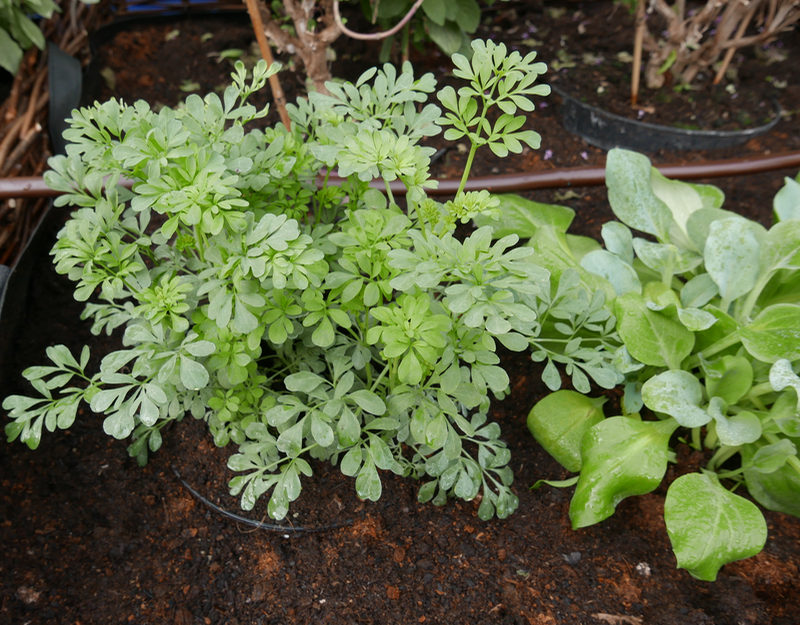 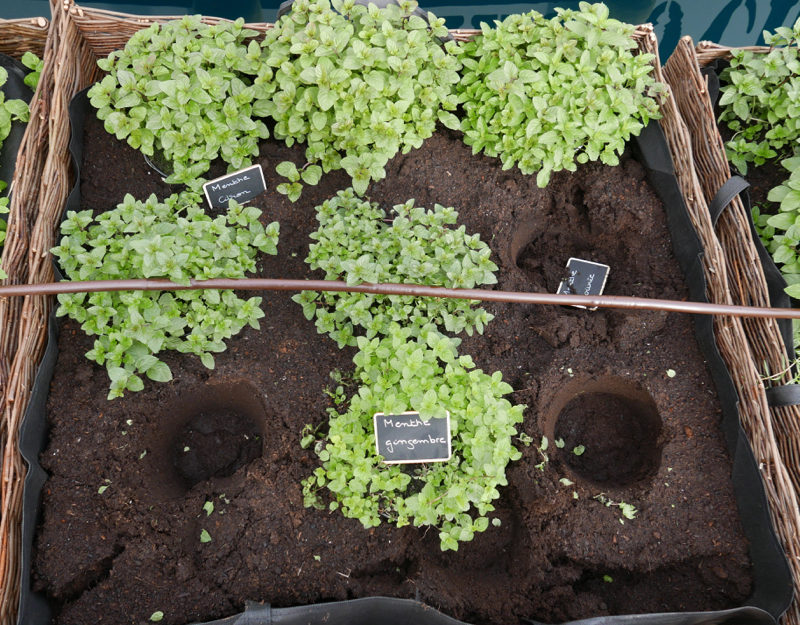 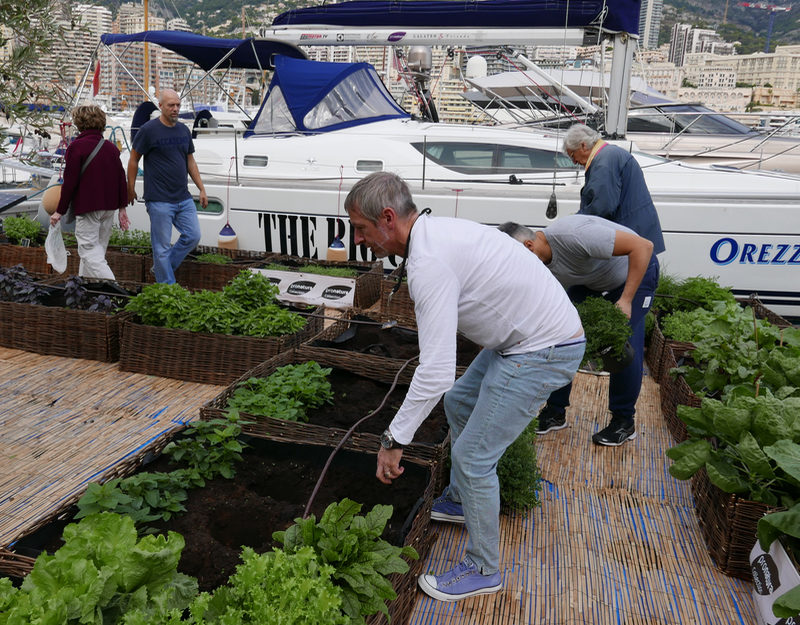 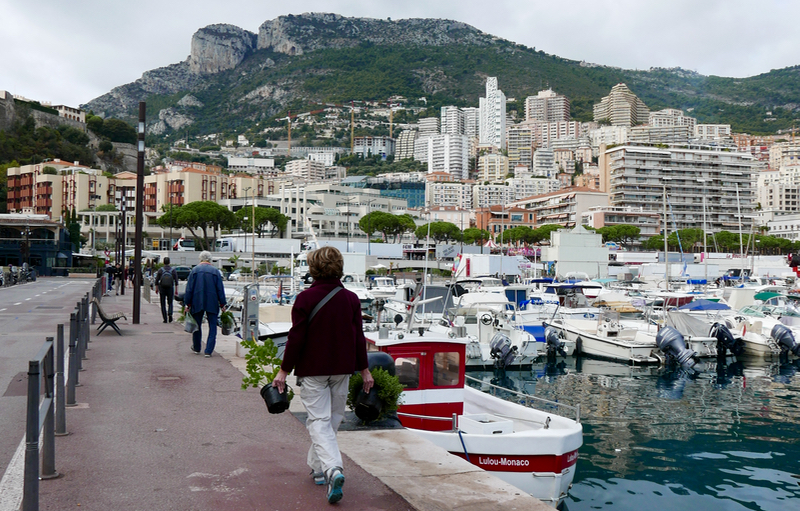 Monaco has probably more organic food per square metre than any other country in the world. It helps that the principality nesting by the Mediterranean sea is the second smallest country, but the condensed space turns into its foe. The density of buildings resembles a ravenous herd of bulls, where green spaces and urban farming such as the projects by Terre de Monaco could be easily swallowed as an appealing prey. Not as easily though, since the locals and the Government enjoy the orange, lemon and tangerine trees lining the avenues, all controversial chemicals-free, so your child can happily pluck a piece of the ripe fruit, and you can use the rind in your baking. Prince Albert II supports ecological activities though his foundation dedicated to environmental protection and policy, so the organic fair in Monaco was given a perennial green light.

Between October 12 and 16th, next to the Monaco’s staple gala dinners, children’s workshops, a youth tennis competition, and an eco-car show, an organic market was set up for three days in the old Port Hercule on the Quai Antoine 1er with tastings and chef’s demos on a luxurious Riva boat. The most unusual feature of the market was a floating energy self-sustaining eco garden Moses.Bio® docked between the yachts in the Port. After the display fulfilled its educative mission, the local residents were invited to pick the bounty for their own use at home. Many did, and so did I. Originally set to take photographs, I was told by a friendly French-speaking lady, whom I helped to cut a couple of aubergines for her homemade capponata, that everything is there to be picked, no charge. Excitedly, I reached for my little reusable cotton bag dedicated to farmers market produce and buried my hands into the dirt.
I foraged the aubergines, kohlrabi, zebra tomatoes, dozens varieties of lettuces, an aromatic rainbow of herbs, some to be used in my kitchen for the first time. Thank you chef! 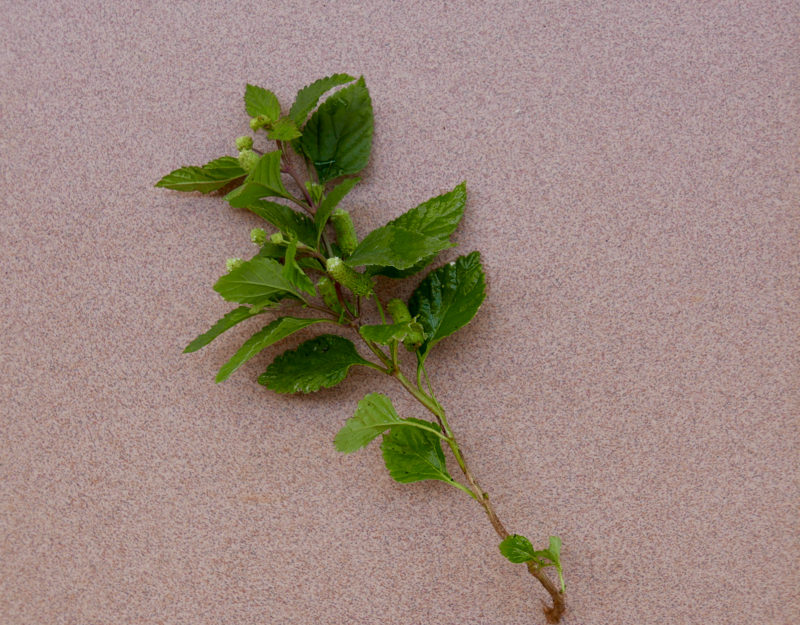 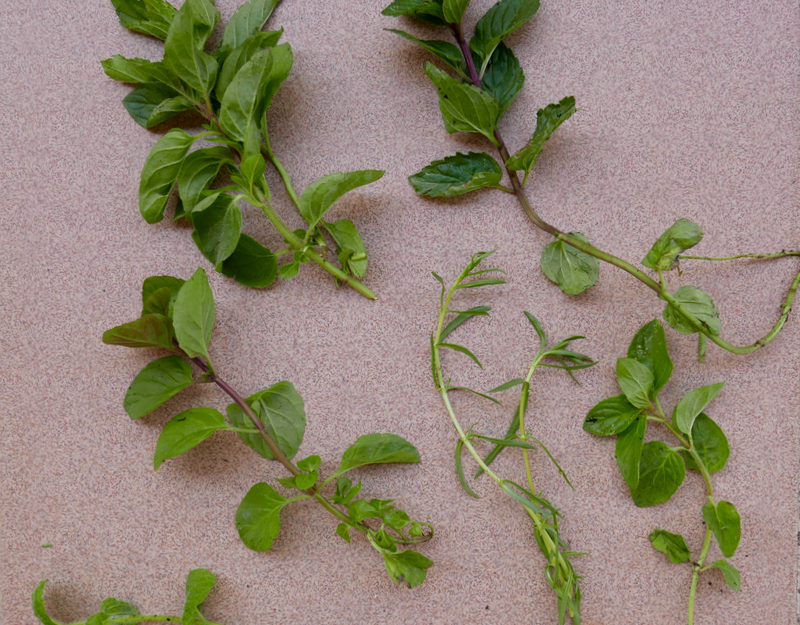 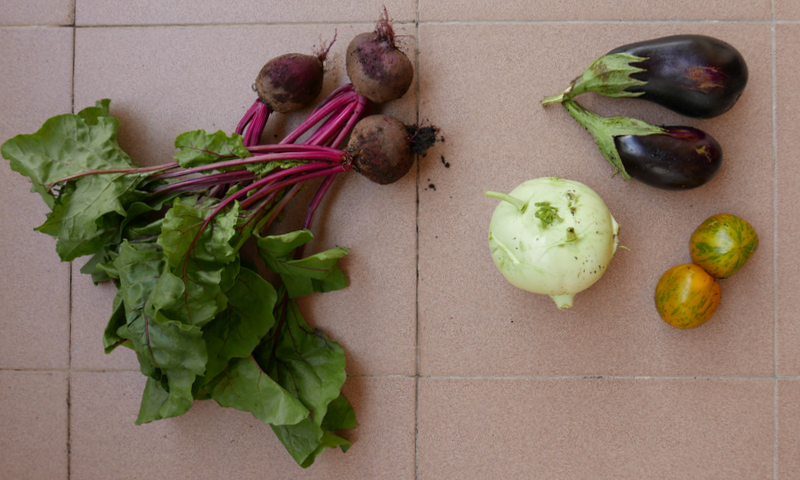 0
Some of the herbs were planted into my plant pots, others wrapped in a moistened cloth in a fridge to favour the food for the coming week, and the green fronds and lettuces ended in our Sunday lunch mixed salad.
Lamb’s lettuce is commonly sold at farmers markets across Southern France, where it is known as mâche [meaning to chew]. The “lamb’s tongue” shape is responsible for its rather quirky English name. Its mild nutty taste and quite low water content makes it an ideal match with a raw goat’s cheese in a salad, but it blends well with other greens.
Curly kale is now as common as once spinach school lunches. Any health store stocks dehydrated kale chips, and I made my own, marinating them a in a sweet miso, yuzu juice and yuzu salt, for a delicios afternoon snacking.
Frisée or curly endive, may look like frizzy hair in a humid climate, but it is irreplaceable in terms of taste and particularly its scratchy, almost ticklish texture. Usually, you find it mixed in the mesclun salad, but it can stand out on its own when combined with barley, young potatoes and other rich-textured vegetables such as pumpkin or squash.
A beet relative, magnesium rich swiss chard can help naturally with fightinf depression on a cloudy autumn day. Your brain will smile while munching on chard. The elephant ear leaf with the white thick stem is known as mangold. It has higher water content and no bitterness. The pretty lady with a Burgundy red skeleton is bitter and better steamed, stuffed with wild rice or barley, shaved beets and cheese. Make red chard rolls with it.
The oyster leafs could make a perfect vegan substitute of the coveted seafood since they taste distinctively like oysters, just without the cholesterol. The only palate-concerning fault is its texture, which is far from the gulp of an oyster. Oyster leaf is just a green vegetable leaf after all.
This is my Organic Monaco Salad that I made from the freshly harvested produce. The sweet and flavoursome zebra tomatoes add an essential charm in this Route du Gout delicacy.
RECIPE: Add all the lettuces, barley cooked in vegetable broth, the celery fronds, any mixed herbs into a bowl. Mix with a dressing of yuzu or lemon juice, olive oil, freshly ground black pepper and salt. Sprinkle with any seeds available. 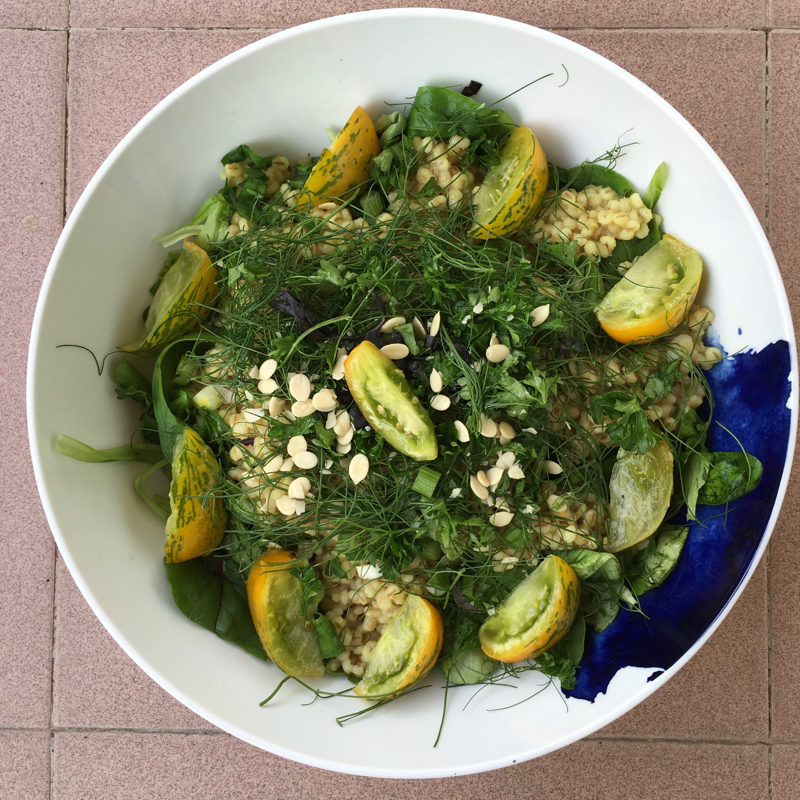 Other chefs also use organic produce in their Michelin kitchens in Monaco. Alain Ducasse, who has since the opening of the restaurant served a vegetable centric signature plate, and always proudly sourced from responsible farmers and fishermen for his three Michelin star baby. Michel Ravin of Monte-Carlo Bay hotel gets plenty of colourful pesticides and herbicides-free produce from the garden planted on the hotel’s soil by Terre de Monaco. Many other popular local eateries such as Avenue 31 or casual lunch spots like L’Inatendu offer organic plates. Soon, the once utopian dream of Paolo Sari may come true, and Monaco will be the first entirely organic city-state in the world. Organic Monaco seems now realistic. All the funds raised from Route du Gout will be used to ensure the construction of an organic hotel school in Madagascar.
Read my Monaco travel guide.