In the complex world and as we spend more time alone today - loneliness, love and simplicity puzzle us. Murakami tapped on the essence, the reason why women vanish from men's lives.

Men Without Women is a collection of seven short stories embarking on insightful cruises where solitude takes over a male character’s life. In the complex world and as we spend more time alone today – loneliness, love and simplicity puzzle us. The virtual world has trapped us in a social bubble, so we live single more than ever. “You are a pastel coloured Persian carpet, and loneliness is a Bordeaux wine stain that won’t come out. For Men Without Women the world is a vast, poignant mix, very much the far side of the moon”, Murakami observes. 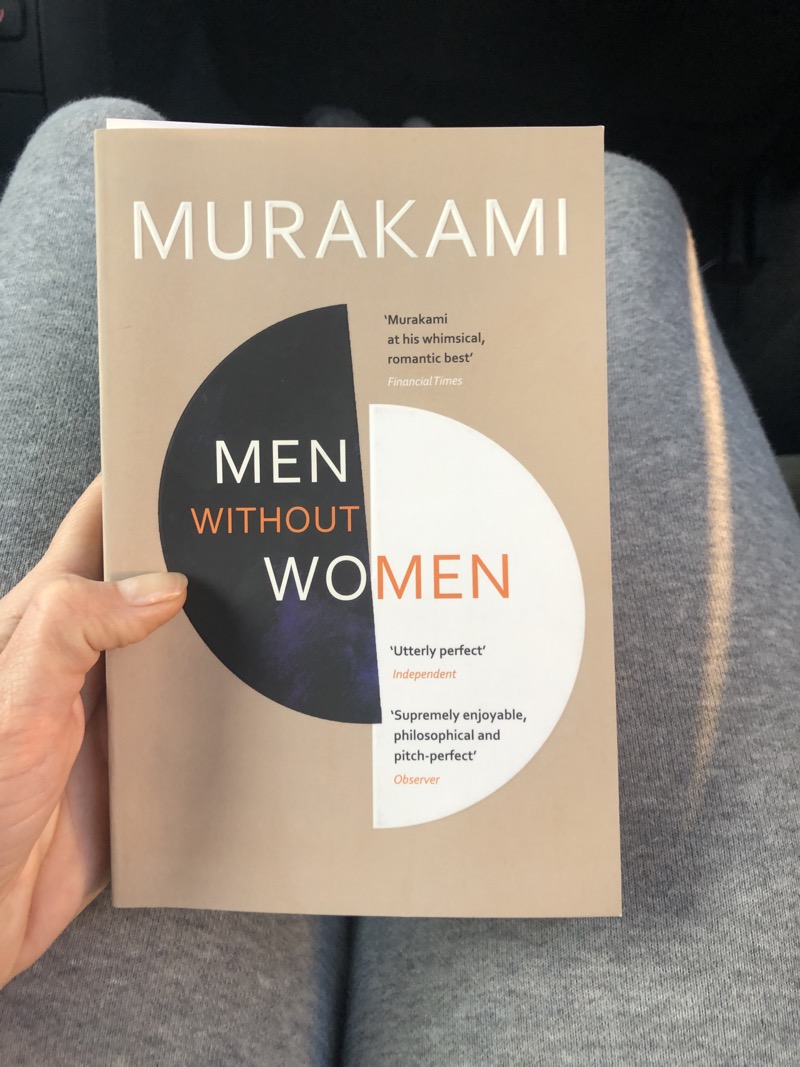 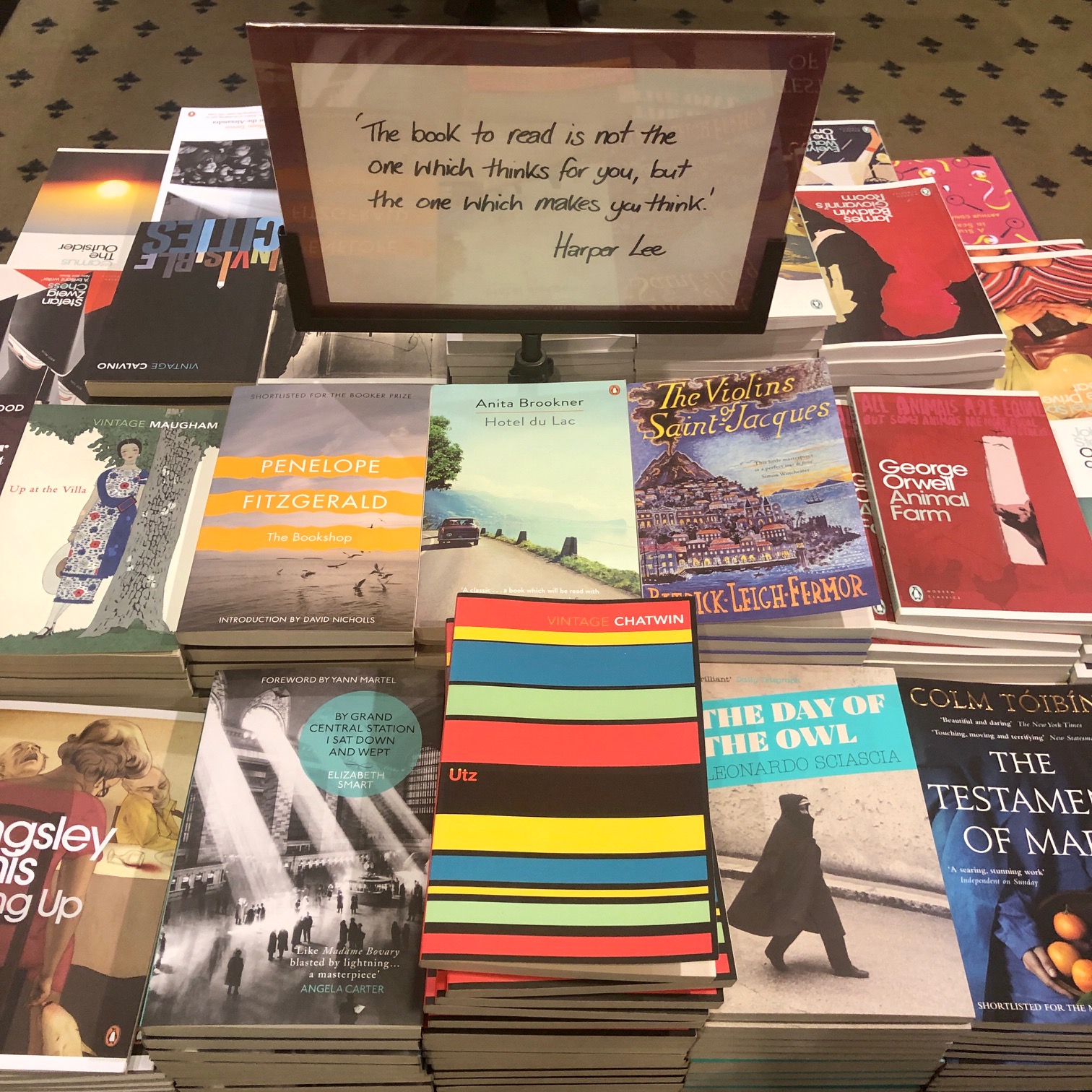 Timely are Murakami’s humoresque, yet sad stories. Unspoken thoughts reveal far more than words voiced loudly in conversations, and until a mind-reading software emerges, books are the only lens into the depths of human mind. Read and connect with the universal ideas that emerge in Men Without Women. Written in an accessible, clear style, without embroidered, challenging to comprehend prose, the everyday transforms into the alluring through Murakami’s pen. The globally applauded and popular author justly deserves your attention, the ride will be smooth and entertaining, I promise. 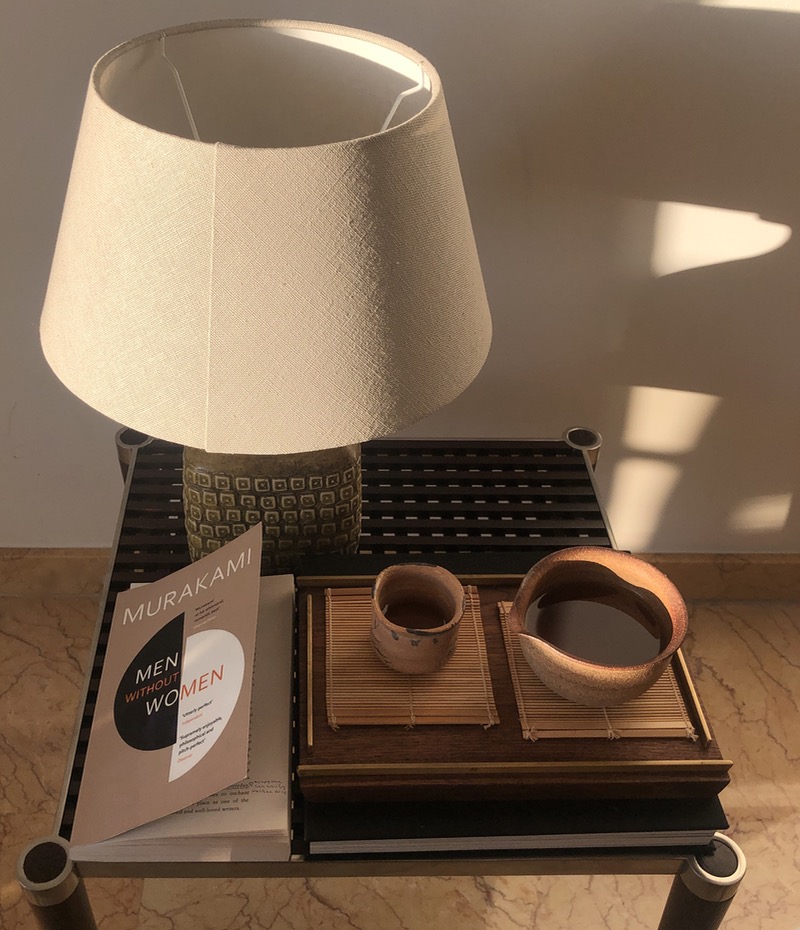 Tension, friction, mystery and the personal

Haruki Murakami employs mystery, even surrealism in the melancholic lifestyles of his characters. Under the conservative covers of Tokyo’s everyday life, his emotionally vulnerable male characters arrive at significant crossroads. A Tokyoite himself, the Japanese author, said to employ a Western writing style, is shunned by culturally sensitive Nippon naysayers, yet praised by the global writing pundits. The fertile wordsmith produces ten pages a day, runs ten kilometres, translates, reads (Kafka mesmerises him) and listens to (mainly) jazz records that all fuse into his distinct fiction with autographical glimpses into a male, and curiously even a female soul. The septuagenarian is married and like all of his characters in Men Without Women childless.
Much of Murakami’s humour is born from the basic and the mystery of the untold. Friction sparks on his pages, yet it’s the inner tension he mainly deals with, not the outward. 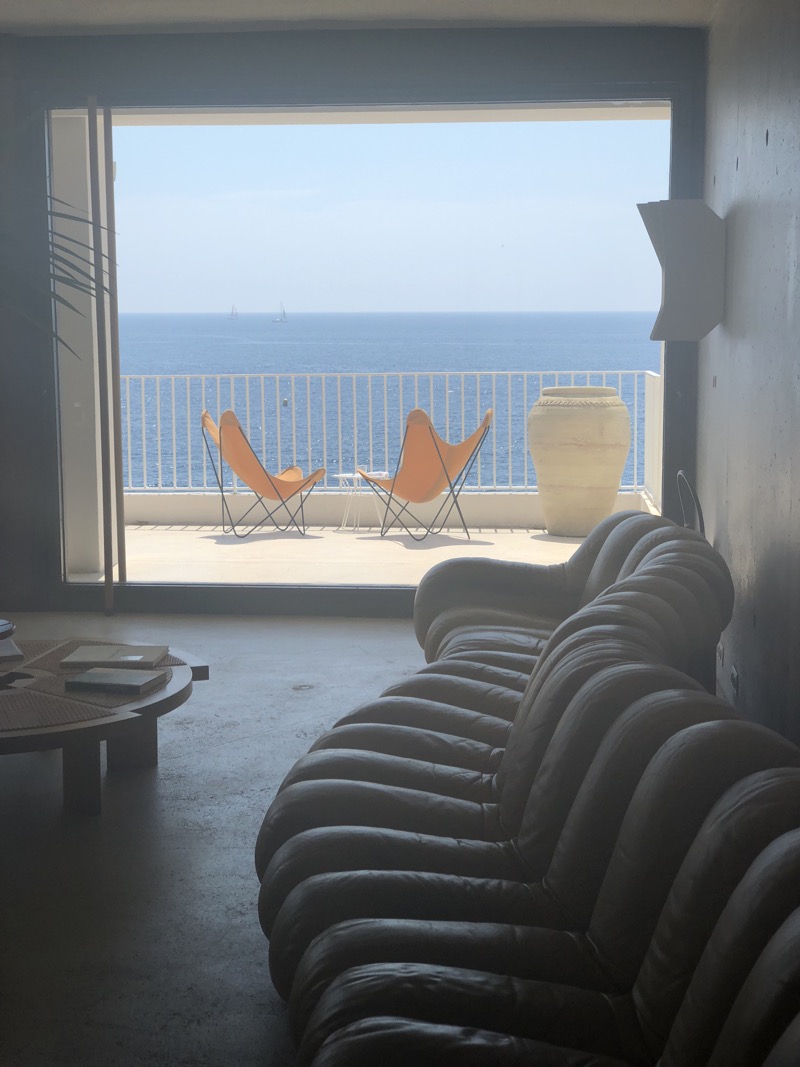 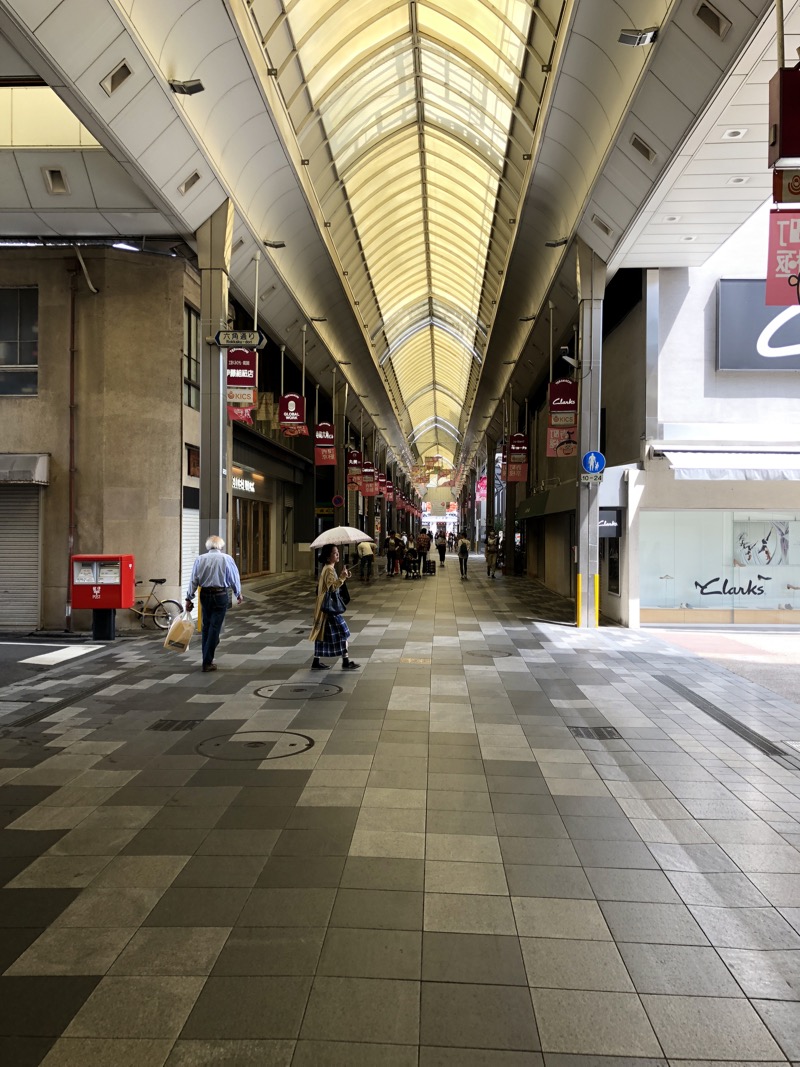 Above all, Men Without Women is about awkward, careful, faithful, fatal, forgiving, nostalgic, pathetic, reckless, romantic, selfish or self-less, unrequited, even wasted love. The scope of loving is broad, yet “once a partner has began to loose interest, there is apparently little the other can do to arrest the process” Alain de Botton wrote in his book On Love.
Drive My Car is a vehicle for opening old man’s wounds. Unexpectedly. As the widowed actor is chauffeured around Tokyo to theatres and other appointments, his driver’s quiet, smooth yet insightful pace knock on his consciousness. The 20-something, herringbone jacket-clad female with “larger-than average breasts” organically nudged the bereaving and nostalgic veteran into realising that “only through knowing could person become strong.” More; “the most excrutiating thing, though, had been maintaining a normal life knowing his partner’s secret.” The infidel legacy of his attractive, child-less actress wife tortured his conscience a decade after her cruel death. Although “shedding his self, his flesh and blood, in order to inhabit a role was his calling”, he was unable to direct his relationships in a genuine, truthful act.
In Yesterday, Paul McCartney’s song echoes autobiographical snippets mould with wasted love life of the author’s quirky friend. “Music has the power to revive memories, sometimes so intensely that they hurt”, he writes as his passion for aural prowess vibrates through the prose.
Ironically, attachment and a mid-life crisis of a playboy plastic surgeon is fatal for the “number-two lover, rainy-day boyfriend, a handy partner for a casual fling”. His artificial, unsettled lifestyle was torn apart by a horrific book on Nazi concentration camps and finally, a women he deeply fell in love after decades of superficial, convenient relationships. An Independent Organ is about a “lovesick” man choosing a brutal fate as the lies of his lover surface and his emotions become unbearable.
Nezu Museum’s hood is Murakami’s favourite stage. Taking over an aunt’s business in Aoyama and transforming it into a cosy bar and a home above, Kino saw an escape from the disappointing marriage and a job as a salesman. “Like dry ground welcoming the rain, he let solitude, silence, loneliness soak in.” A flare-up with a customer, whose dark secrets she shares, follows by a series of unsettling events. An auspicious regular at his bar calms the fire of his destiny. As snakes encircle the house, it’s time to move. “But the movement of time seemed not to be fixed properly. The bloody weight of desire and the rusty anchor of remorse were blocking its normal flow.”
Two very strange mysteries employ Kafka’s Metamorphosis as their blueprint. In Scheherezade, unrequited teenage love surreally transforms the seductive story teller into a lamprey eel. Murakami deserts his male character from the outside world for unworded reasons. “Like a blackboard wiped with a damp cloth, he was erased of worries, of unpleasant memories.” In his “house” the only comfort is an unnamed housewife, whom he calls Scheherezade. Her “breaking-an-entering” of stories shared upon each scheduled visit kept him plugged in life.
Samsa in Love awkwardly injects Prague-set Metamorphosis into the Japan-centric book. Gregor Samsa’s limbo is aroused by a chance meeting with a hunchback locksmith. “There were so many things he did not know. Yet had he been a fish or a sunflower, and not a human being, he might never have experienced this emotion. So he felt.” His and her’s are crooked situations, but what is happening outside is even worse.
Becoming Men Without Women “probably” imagines a teenage romance with a free-spirited “M”, the third woman he dated who’d killed herself. “Some crafty sailor must’ve invited her to run off with him.” The pain associated with loss of a partner, the loneliness, and that “you loose that wonderful west wind … waiting for someone you don’t know somewhere between knowledge and ignorance” puzzle him.

The female essence in Men Without Women

I’m married, therefore I do not fall into that “without” group of single millennials. Yet, Murakami tapped on the essence, the reason why women vanish from men’s lives. I won’t spoil the book’s climax for you, but as a woman who ran off with many “sailors”, I applaud to his insight into the female psyche. The author reeks wisdom on the pages. There are many important humanising lessons in Men Without Women for all. To grasp it with ease, we need to be reminded of the perplexity of life.