Joia Milan, the first Michelin starred vegetarian restaurant in Italy and the world survived through the waves of the pandemic. It has changed over the years, and from our multiple meals we had there only to the better. 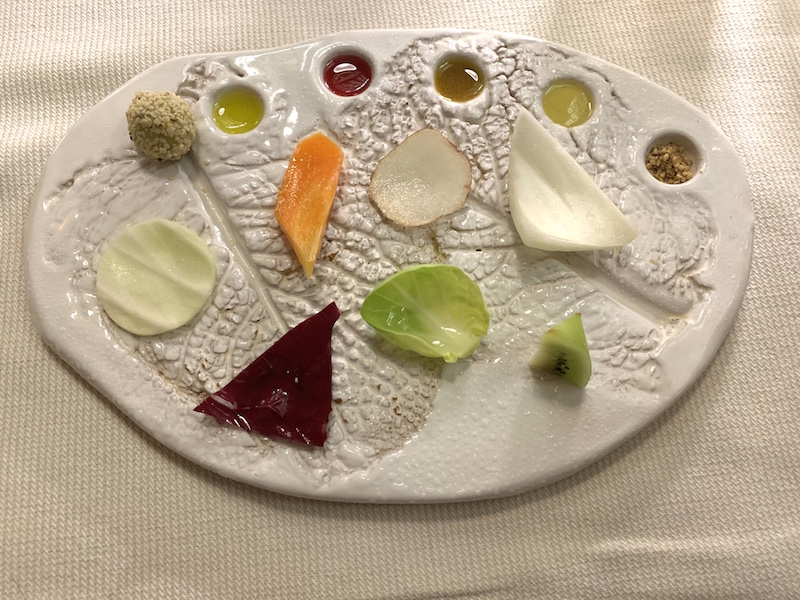 Well, it had to. Since its inaugural appearance in the Michelin Guide over a decade ago, the “little red book” has included dozens new vegan and vegetarian fine dining restaurants. From Beijing through Vienna to LA and Manhattan, the great chefs and the climate-woke customers commune in upgrading plant-based dining experience. Growing demand for sustainable creative cuisine and inner reflections during the lockdowns turned one of the world’s greatest chefs (according to some sources), the Swiss-born Daniel Humm of Eleven Madison (I dined there once, but was not itching to return) to shifting his entire tasting menu into a plant-based feast on three Michelin level. His countryman, the multi-awarded Andreas Caminada now follows the eco-conscious suite. He has just rolled a vegetarian counter experience at the Schloss Schauenstein village of Fürstenau this summer (the room feels very intimate, but for a smoother timeline it needs more than the two cooks who ran Oz in those few first months. For a fair review, I will be back after its reopening in spring 2022). 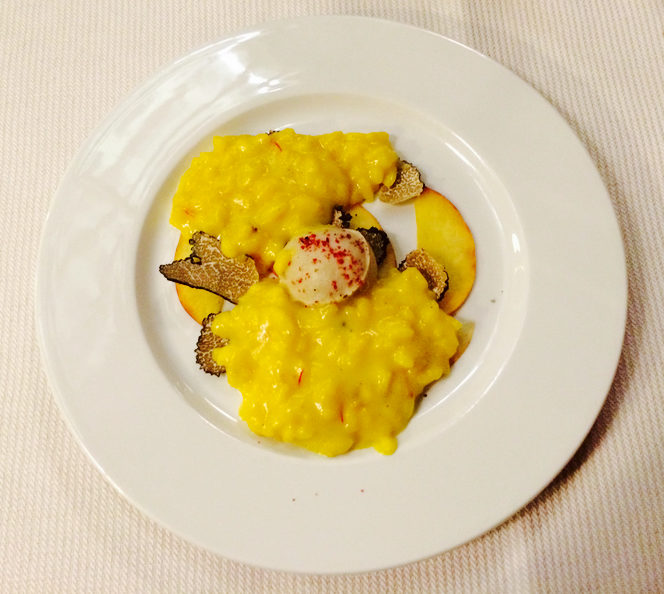 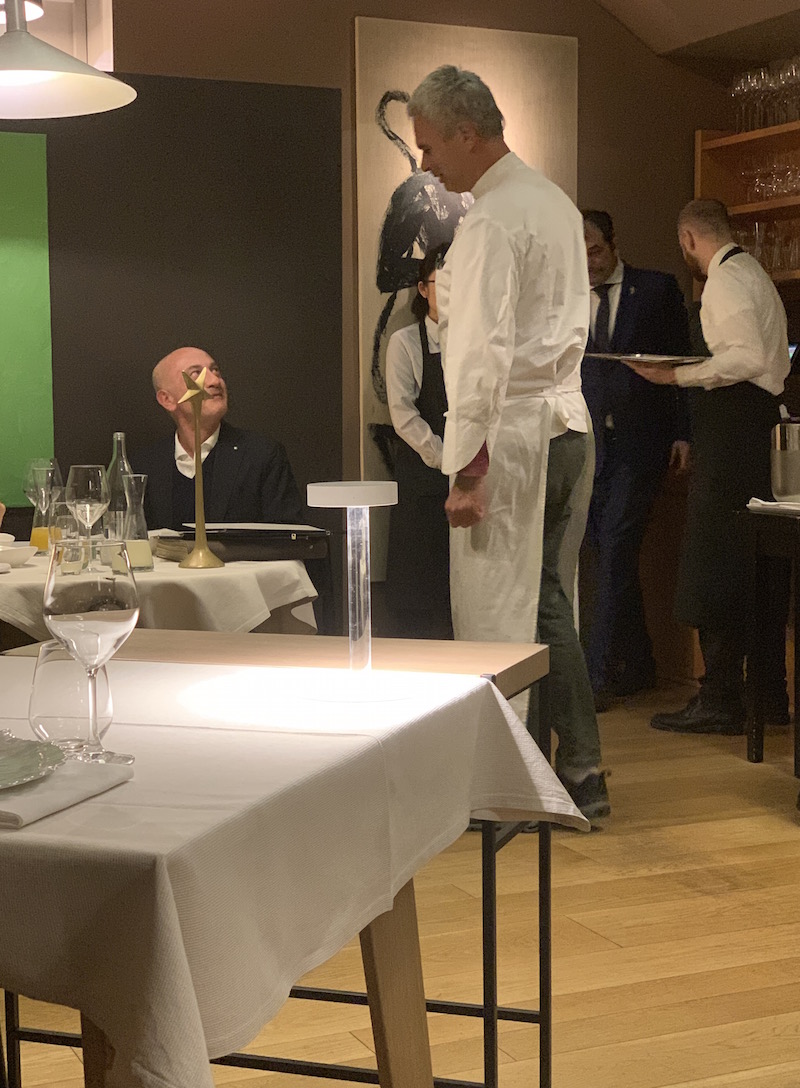 Meanwhile in Italy, ahead of its time, ironically today, Joia Milano has been an institution for the eco-minded, creativity-loving Milanese seeking Italian cuisine without taxing animal lives. At first vegetarian, now Joia serves mostly plant-based cuisine from biodynamic local ingredients.

Split into two dining rooms, Joia feels rather rustic. Like a country escape, not fashionable Milanese glamour. We are not as keen on the larger, dark backroom, but entering on your left, we relish in the with daylight-filled space during the late sunset summer months and lunches for most of the year. The contemporary art display reminds me of Il Luogo di Aimo e Nadia, another Milanese dining institution (I have yet to review after countless superb meals there). 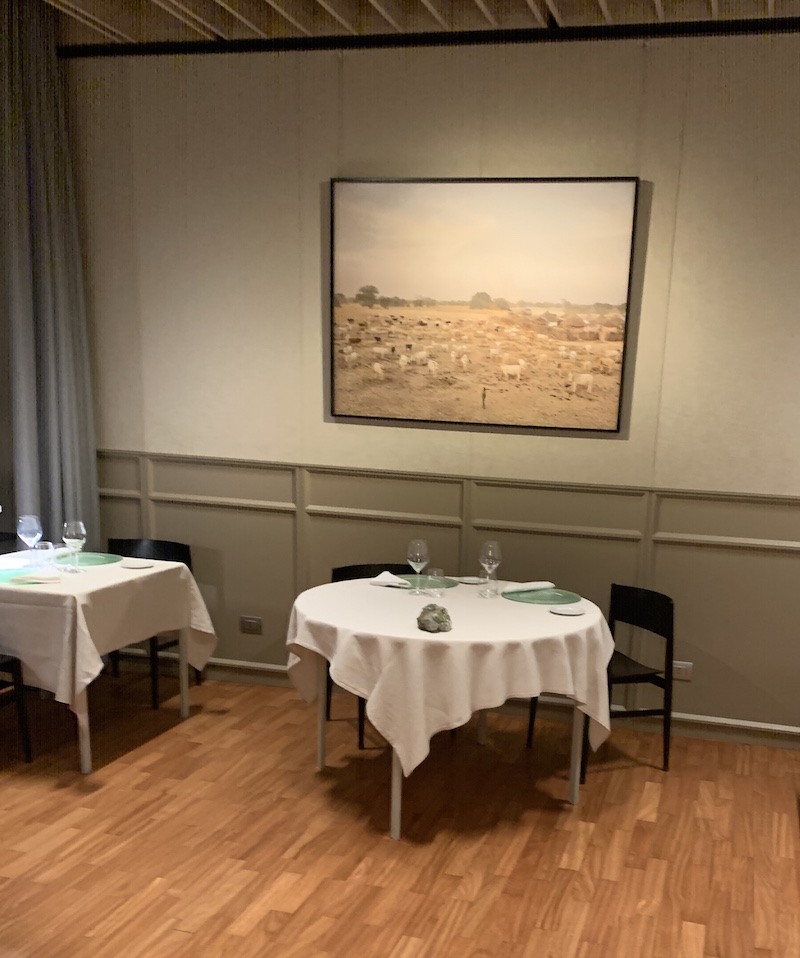 At Joia now, the wholesome plates playfully entertain the palate without meat, fish and seafood. While not entirely plant-based, dairy, butter and eggs are minimally used and vegan plates are highlighted on the flexible menu. Gluten-free options are honored, and with symbols next to each dish informing about potential allergens such as gluten, lactose, the choices are simplified. The kitchen team headed from its conception by Pietro Leemann is open to create an entire dairy, egg or gluten-free menu for you. Raw plates are also included.

Tuning you into the plant clock (top image), to start, a plate of seasonal vegetables and some fruit with decadent dips, infused oils and vinegars are served in dollops with a whole-grain or gluten-free bread bun. Titled “Not only by bread men live” this amouse-bouche has been served at Joia for years. We love its simplicity with savvy touches of the chef. Next comes the carrot stick in the “dirt” of seeds pot which is an eggplant dip. 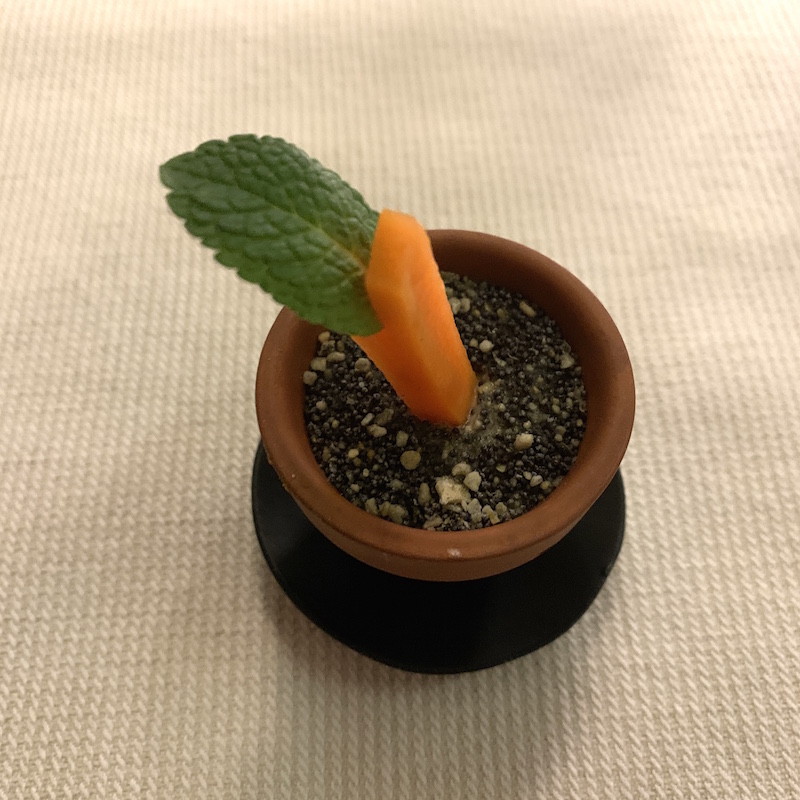 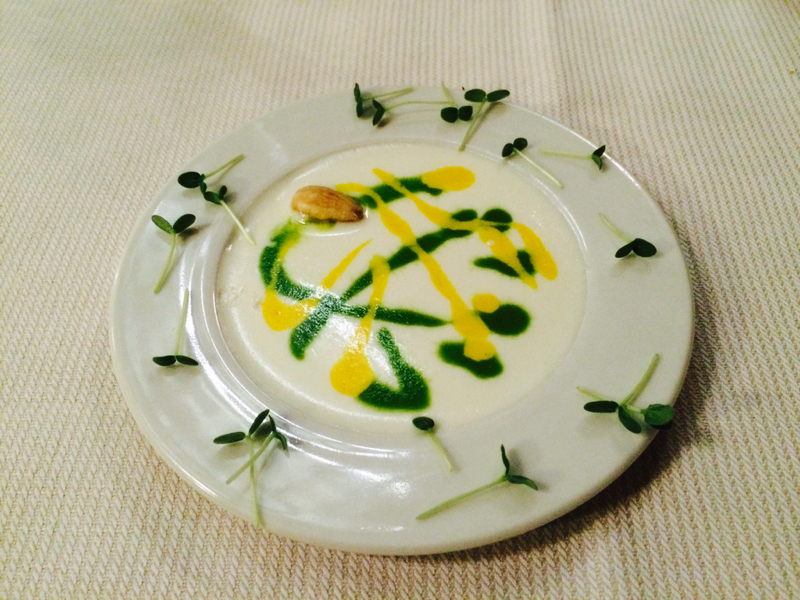 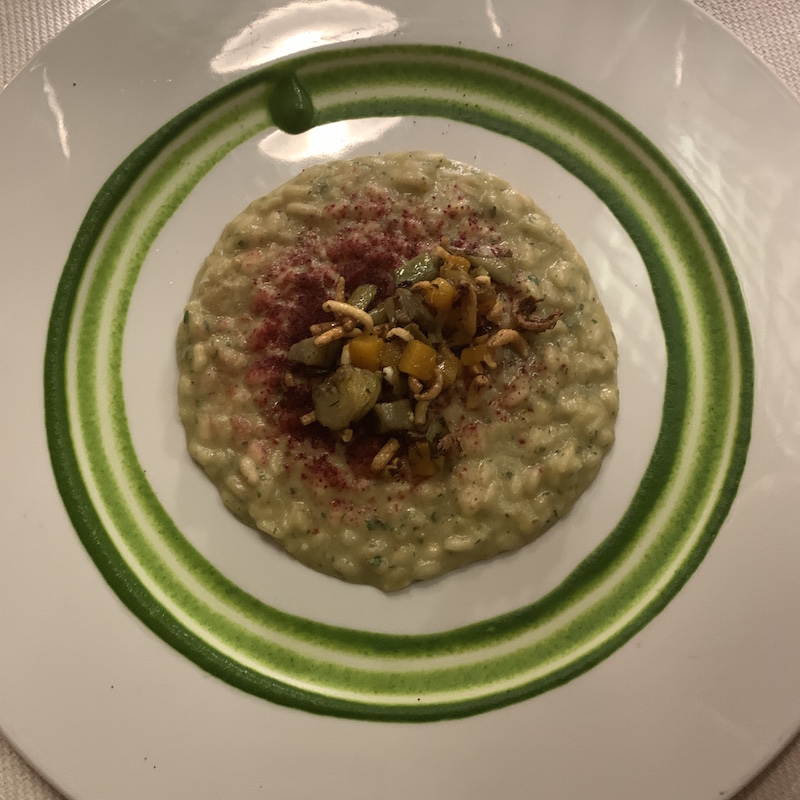 Spiritual poetry on the menu

In the poetic spirit are titled the other dishes on the chef’s Pietro Leemann menu. Planet, My Dear Planet gives you cruelty-free foie gras, Sister Moon is a gazpacho, Perseverance buckwheat ravioli with mushrooms, while Gong reminds you of time spent mindfully with the chef’s signature dessert. A true Milanese, he calls one of his risottos – Navel of the World.

Not always consistent, the cuisine has evolved from quite an unsophisticated presentation to sensibly artistic plates. A must is the plant-based faux gras. A delicacy created without the animal suffering, while force-feeding the geese as is common in the production of fatty foie gras. The liver-free pâté is made from a complex blend of vegetables (terrine and chickpea and potato-starch-based mock terrine with carrot “mochi”) with agave and chestnut honey under a savoy cabbage dome, served with apple chutney. You can find the complex recipe in the Joia cookbook, and there you also find that sugar and natural sweeteners pop into many savoy plates, so carb-watchers beware! 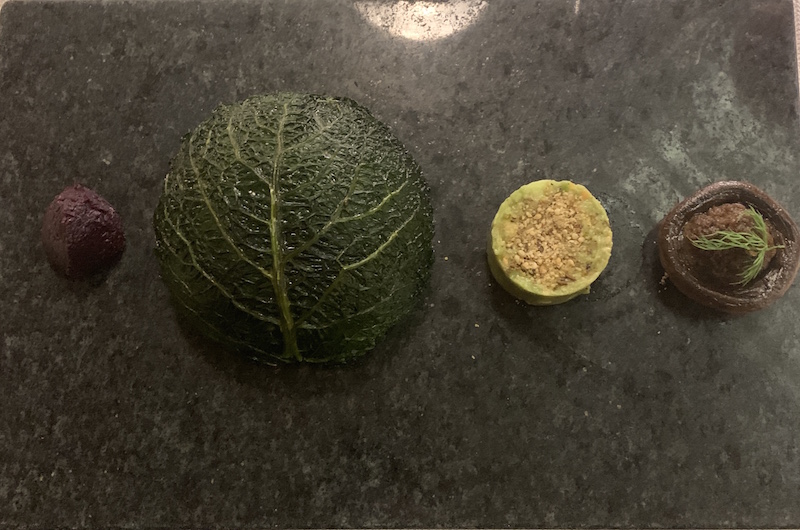 The risotto changes. One summer (in 2015) peaches, pumpkin with summer truffles befriended somewhat awkwardly the white arborio rice. My last version in winter with puffed Venere rice crumble was much more harmonious.

A tasting menu or à la carte choices give any diner even more flexibility. In the age when many fine dining restaurants egotistically give you no choice, and others with confusing multi-page menus with countless alterations (just go to a buffet restaurant, not a creative kitchen), just saying what you cannot eat and being advised by the waiter makes any meal a trusting and simple affair. 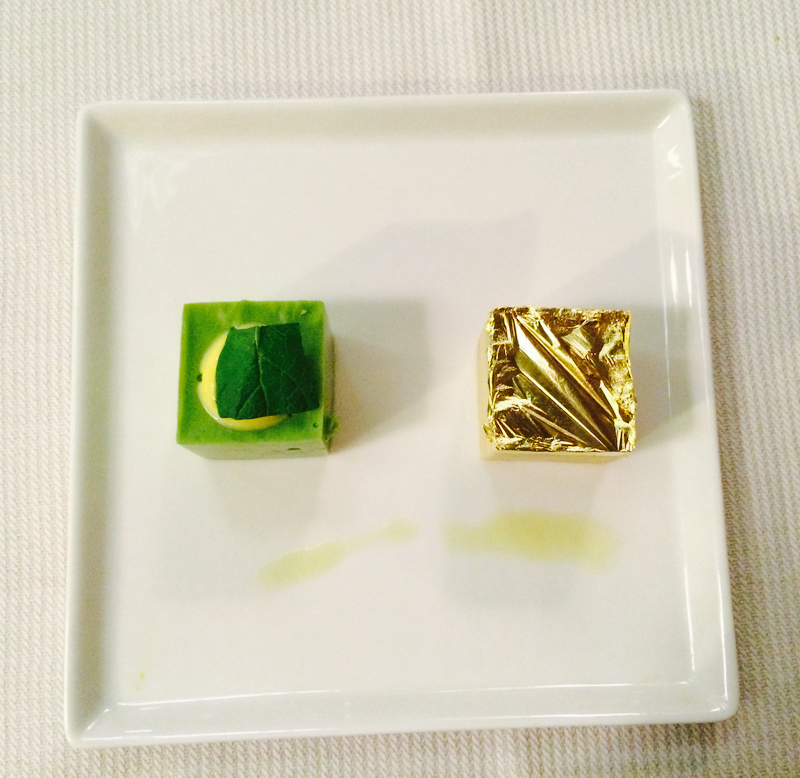 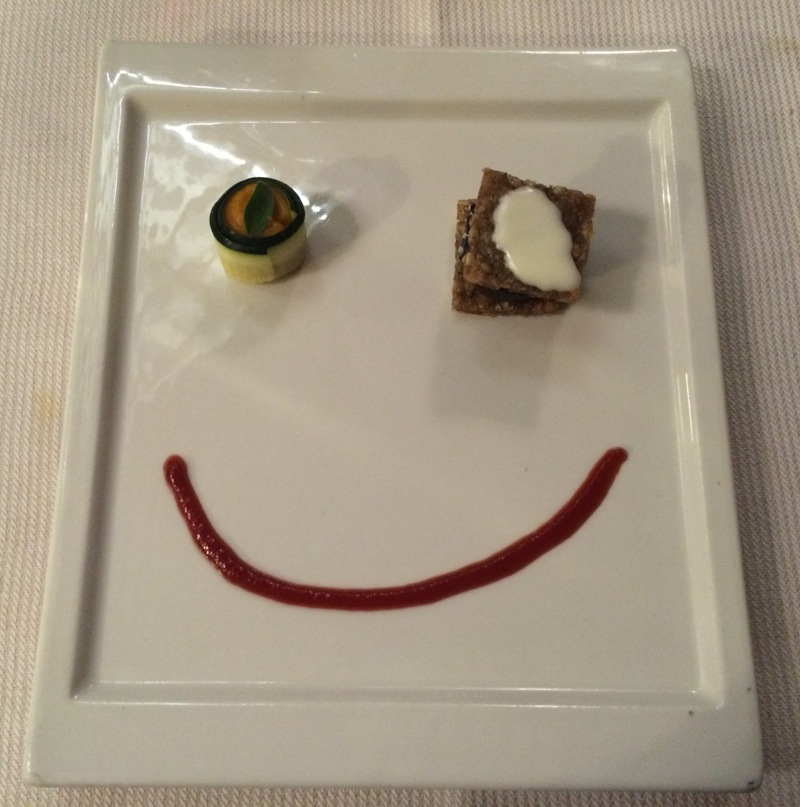 After the tasting menu on my first visit, the next meals were à la carte. While some dishes at Joia are exquisite, others were simply not my cup of tea. “Travel Through Time, that has been and that will be” was not only plated for kids (the smiley plate above), but a mashup of flavours, sauces that did not make much sense with the nut and seed crackers and rolled sliver of cucumber. The chef’s cooking has luckily evolved since these quirky old days. More grown-up and sophisticated, and we are glad we gave him another chance. We returned twice recently and were pleased. 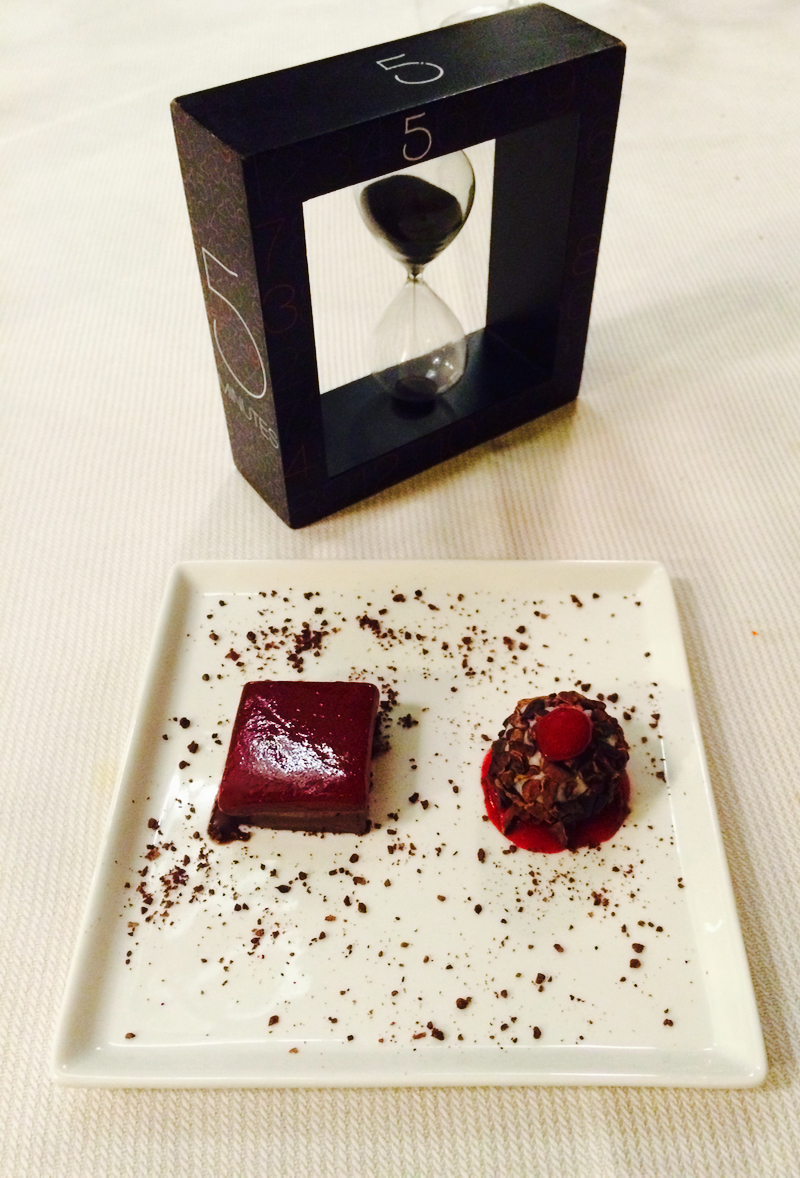 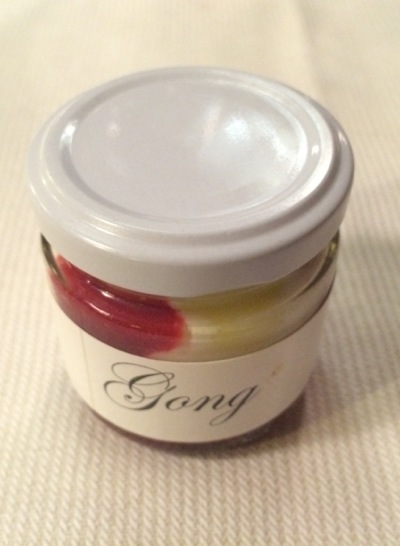 You can go zero-proof with flowers, fruit, vegetable in a glass beverage menu. Elderflower water is light and hydrating, while “A Tribute to Shirley Temple” cocktail with bergamot and blueberries was more entertaining. There is tea, which I enjoyed with lunch and of course great Italian coffee.

The wine list at Joia is also welcoming with competitive prices (as usually generous in Italy) and vintages going decades back. The 1985 vintage of Emidio Pepe’s Montepulciano d’Abruzzo was seductive, but we went for the younger 2009, that was as bright as it was deep. What a 21 years-old! On another occasion we went far South to Sicily with another biodynamic bottle. The sommelier was each time helpful. 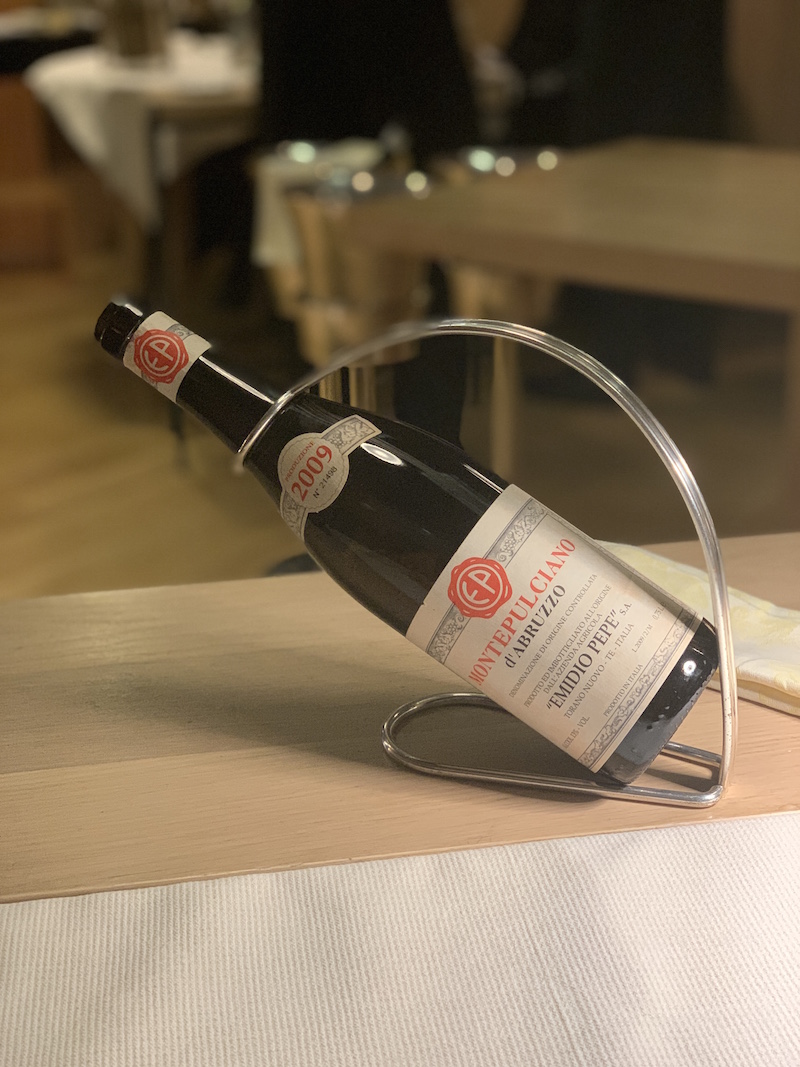 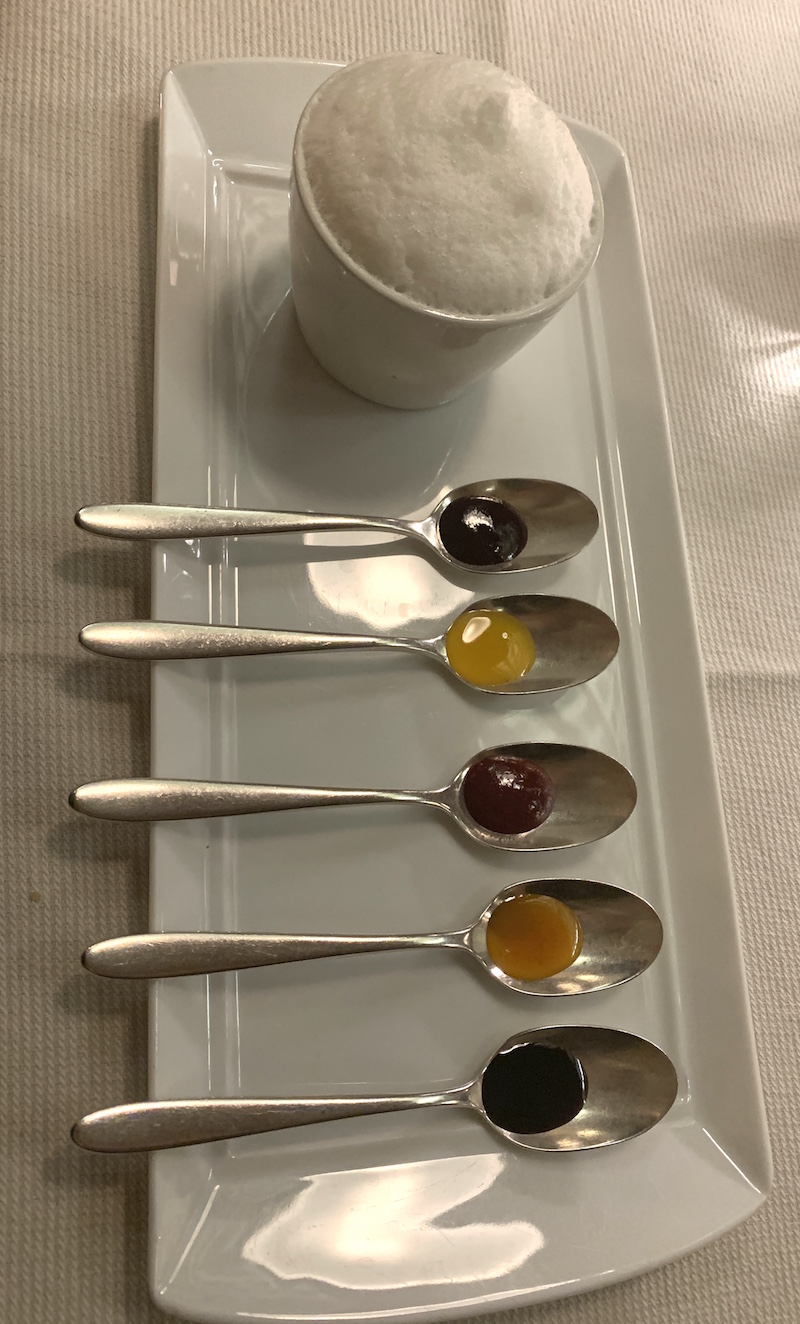 Although creative (I had the signature Gong; a composed sweet course of milk and citrus foam, english vanilla pudding served in a glass jar and a duo of berry-infused chocolates with corn crumble and chestnut vermicelli), the desserts at Joia are too sweet for my palate. I was deeply impressed though by the sand-clock measuring precisely five minutes that the chef suggest at least for you to savour it. Mindfully take your time in relishing the sweet treat. At the end of the meal I left Joia blooming with joy.

There is no easy parking, so public transport (Metro Repubblica or Porta Venezia), Uber or taxi are highly advised.