The entrance to a building, be it a home, an office, atelier, studio or an art museum makes a statement to anyone finding their way in here. But what if you are not invited? What if that first gate allows just a finger in, a glimpse, a gold enamelled doorbell with barely suggestive names, even appended titles? Perhaps an inner garden is a tiny teaser of beauty and mystery of what follows deeper inside, through the entryway. Milan’s Centro Storico district lures us to these mysterious boundaries for privacy and posterity with a sensible eclectic taste and even glamour.

A seventeenth century characteristic of private construction in Milano was a savvy adage for humble, practical, even provocative, clandestine opulence: “Bela de enter, pei padroni, brute de fora, pei mincioni”. A city house should be “beautiful inside for its owners, ugly outside for the fools”. The gates and entryways as if whispered secrets hidden to the common eye behind grey facade. 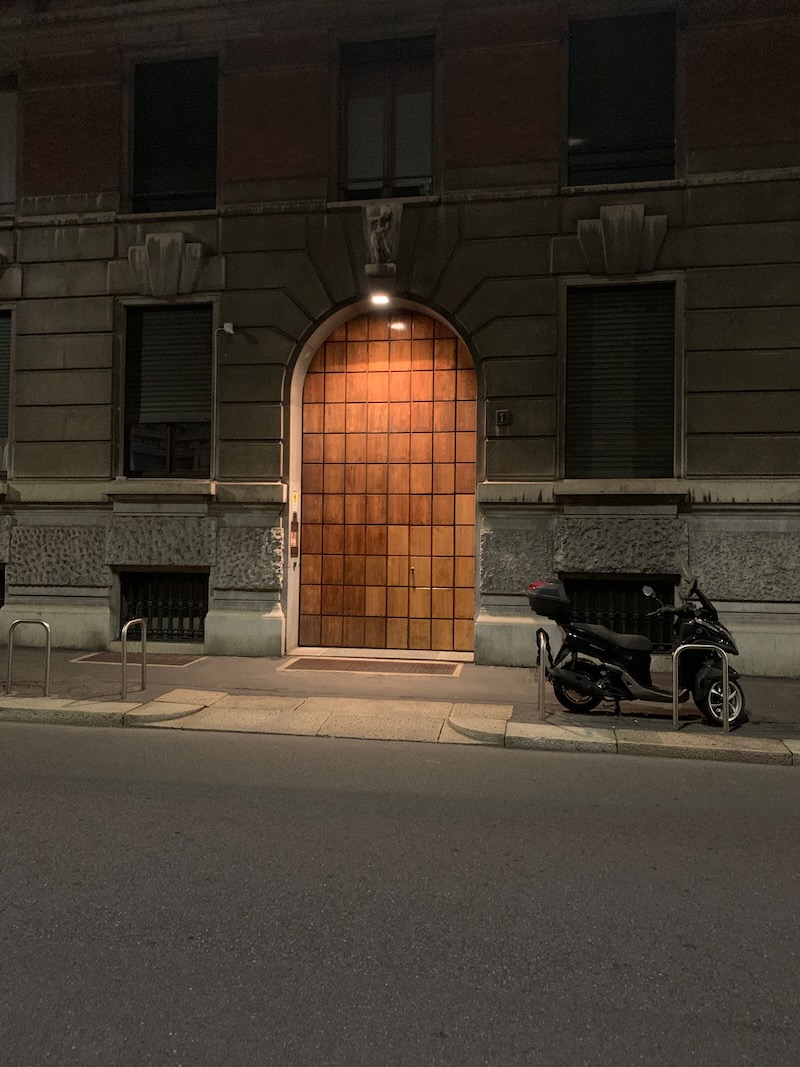 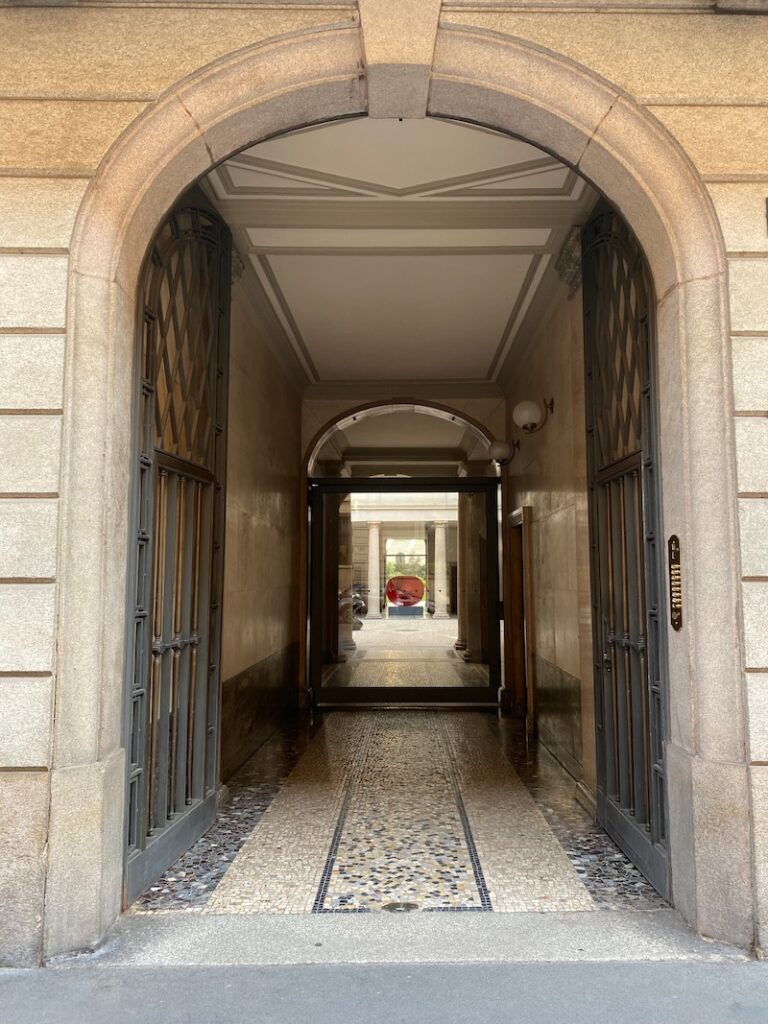 Entryways: where a communal space intersects with the private

Milan is one of the global epicentres of design and it shows in its voluptuous city architecture for some deemed ugly. Outwardly for many, historically the city appeared ugly, but enter and surprises shower with rare stones, artisan and design perfection, style. While the socialist coldness of decades past still boasts its crests on some administrative buildings, and so does the catholic grandiosity and impressionism of scale next to formerly regal murmurs, the bourgeois good taste beats on the drums of seduction more alluringly than the new developments in the Porta Genova site. Italian marbles, calm shades of calcified limestone, wrought iron artisan gates, lanterns and ornaments, gold leaf enveloping the edges of walnut and oak, bronze, tempered glass, contemporary or classical sculpture, meticulously manicured pine, bonsai, burbling fountain, iconic designer light, and more. Opulence found its home in the Italian economic capital in a more concentrated form than inside Parisian apartment buildings or the uniform post-war fixtures of the royal central London, the ingressi of Milano are like canvases set between the everyday urban and private lives. 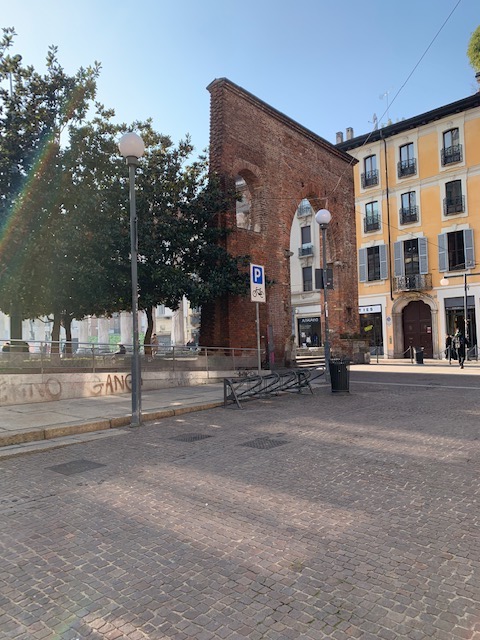 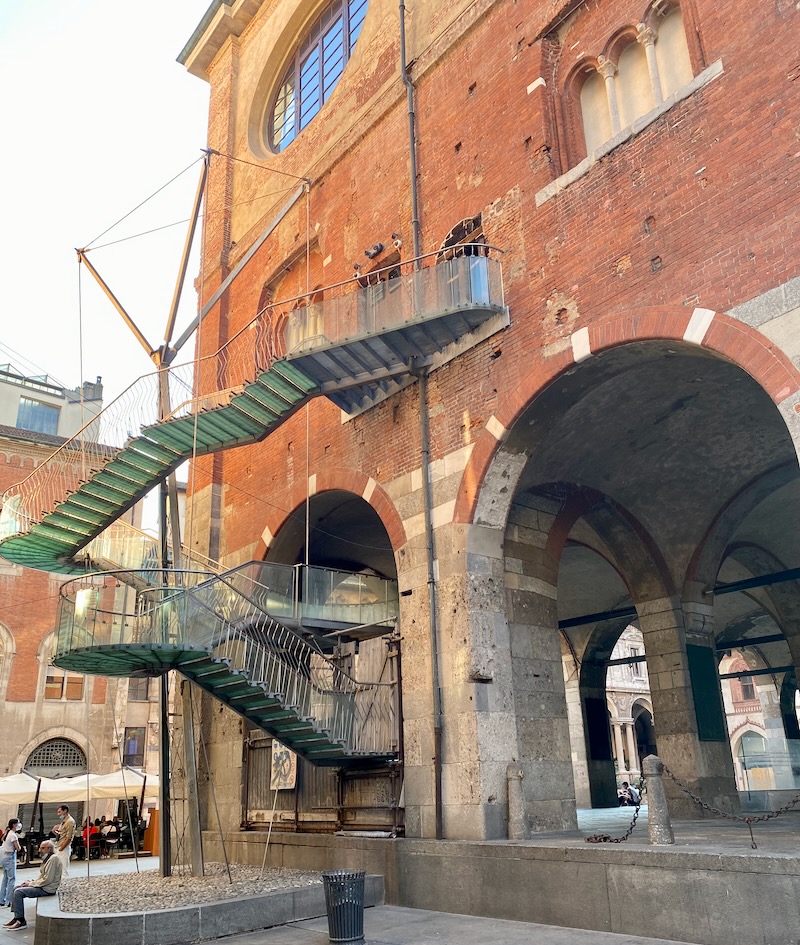 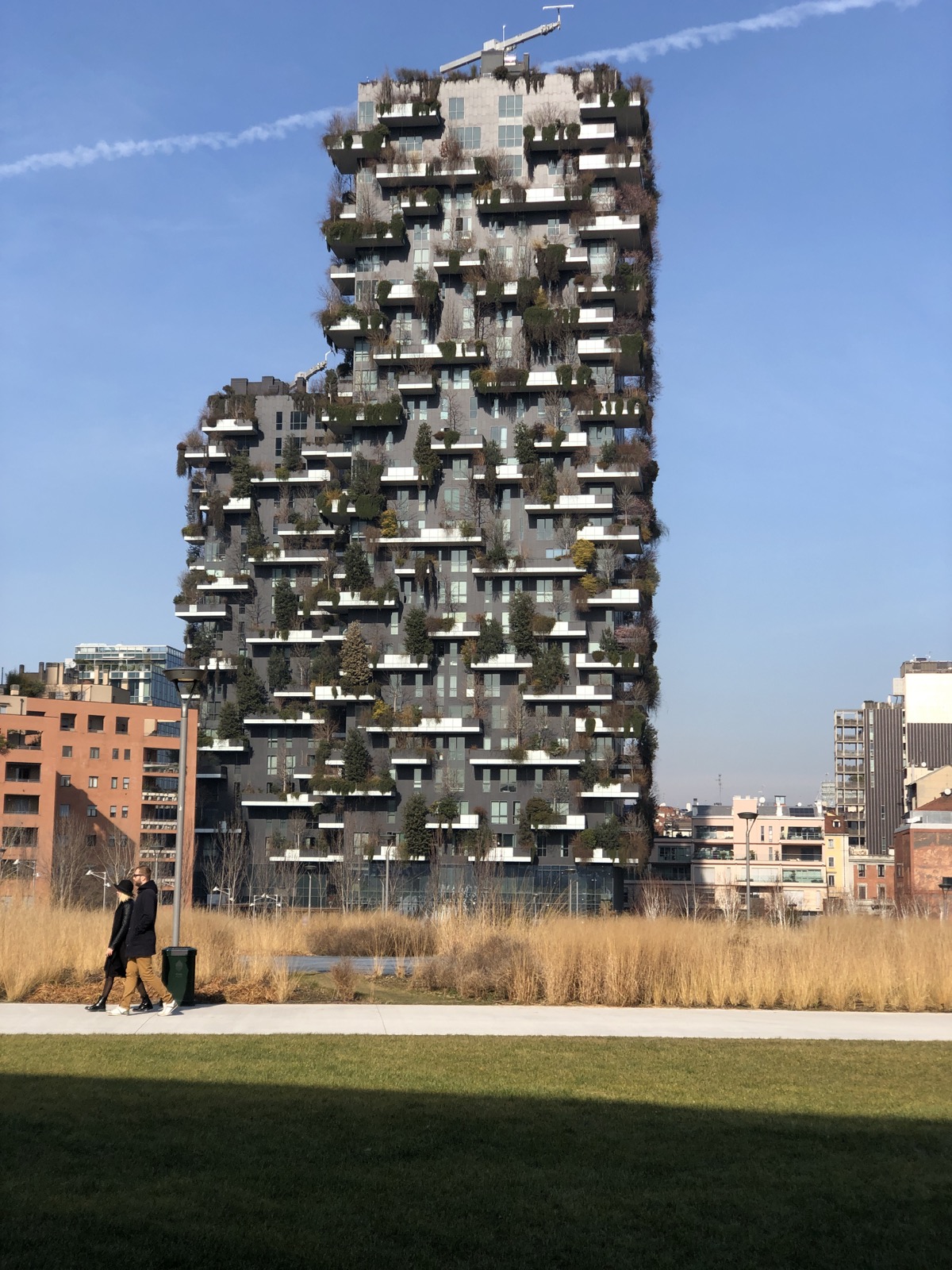 The Italian economic horsepower, central Milan shows when it pleases the greatest density of the most creative and fascinating entryways of any city on Earth. I’ve visited every important metropolis on this dizzyingly fast changing Earth over the past two decades, therefore my judgement is based on direct experience and curiosity-stirring interaction with their architecture, and not on popularity. Only Madrid and perhaps the dilapidating entrance halls in Buenos Aires touch anywhere near, yet the scale, design’s breadth and daring blend of styles was nowhere mastered as strikingly as in Milano’s ingressi. The Arab world may display a wealth of oil money, yet much of it feels too artificially uniform, not fully liberated from its Islamic (beautiful) predicaments yet. Marrakech, a fairytale of an affordable artisan complexity reserved to the privileged few, mostly foreigners buying into its palatial quality, won’t allow you just wander around the Palmeraie and other private domaines or riads to revel in the semi-public allure of its entrance halls. Nowhere grandeur gets as socially savvy as in urban Milano. 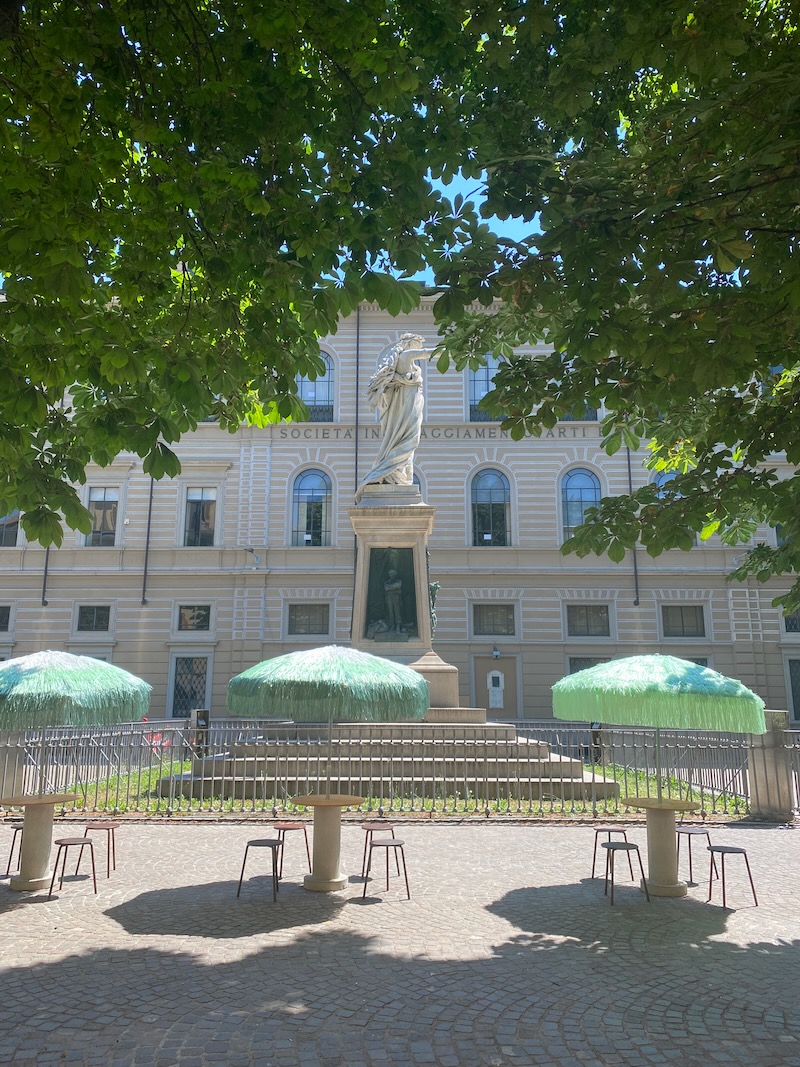 In the shadow of Rome and by the Medicis empowered Florence, Milan is well underrated in its aesthetic of socially open flamboyance. The former palazzi and bourgeoise residences of central Milan are now occupied by various businesses and wealthy individuals. Their entrances  awe not just architecture lovers and design savvy aesthetes. Random passersby sensitive to surrounding everyday beauty fall into its web of mystery and wows. A flaneur is taken aback by random encounters of daily life. To me, city with unique beauty possesses something visually experiential that draws my heart inside its puzzle of architecture, landscape, urban planning and people. It clicks together in its own way and does not have to bolster with antiquity or an oversized pomp, anyway nowadays denigrated by the busloads, boat tours and flagging herds of tourists. 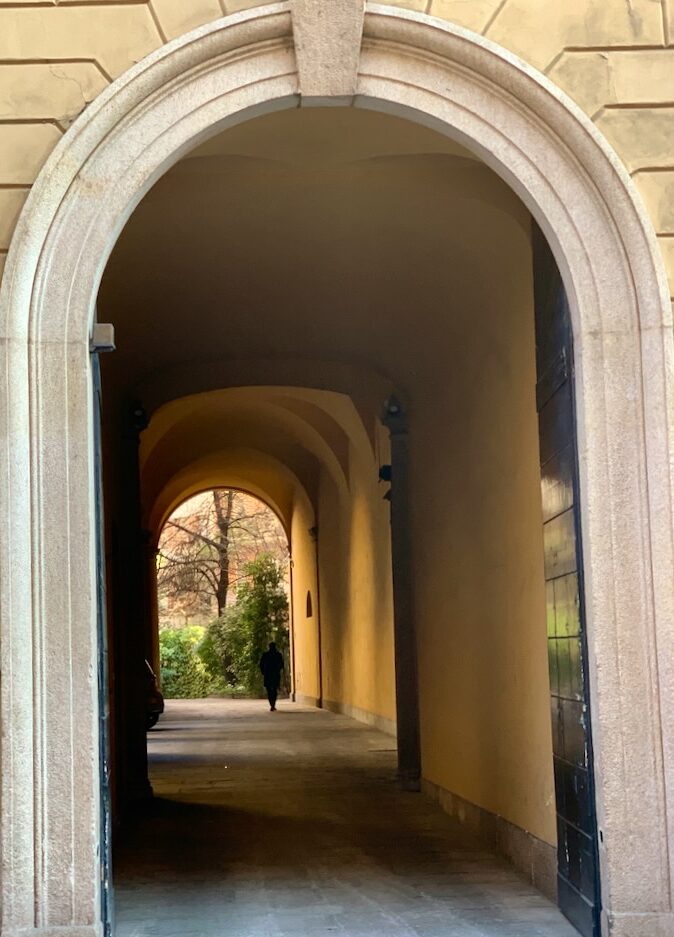 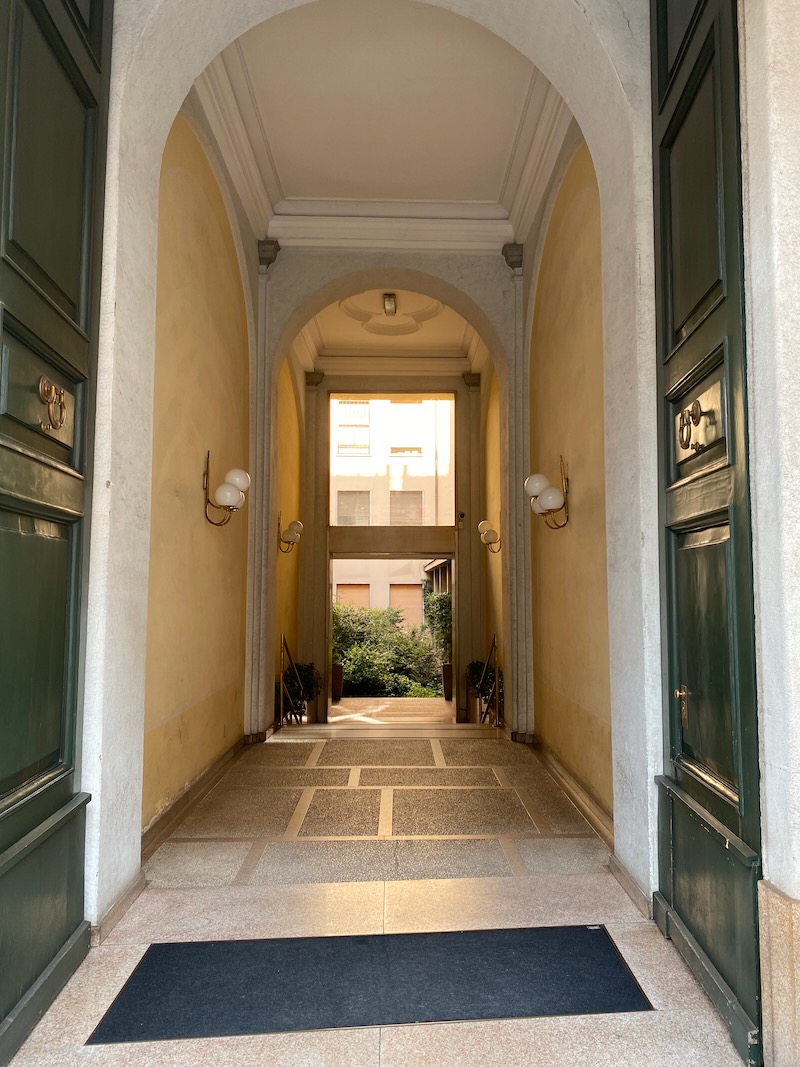 From Catholic, through royal to the force of democratised design

For some with their eyes and hearts half closed, Milan has nothing beyonds its Duomo, cappuccino and gelato. Yet, the Catholic city of Saint Ambrosias (San Ambrogio) and Augustine (Agostino) is filled with countless heart-stopping frescoed churches next to that world-famous magnificent Duomo cathedral. The arched city core was filled with sophisticated statues from DaVinci to a humble monk, men of letters in the Public Gardens (Giardini Publici) and practical not just decorative fountains as Rome’s Di Trevi. A formidable art institution with a hidden botanical garden supported by a former Austrian Empress, the Pinacoteca di Brera was the first public museum. One would hardly argue that the grandest shopping arcade in the world still today, the Galleria Vittorio Emmanuelle II accessible to all not just these with deep pockets, housing Milano’s oldest book store next to luxury flagships and renowned restaurants. I cold cover a book with Milan’s points of interest, even more with the contemporary additions beyond the historic core like the Armani Silos, Fondacione Prada, the MUDEC, but let’s savour the overlooked details around the Duomo’s neighbourhoods. 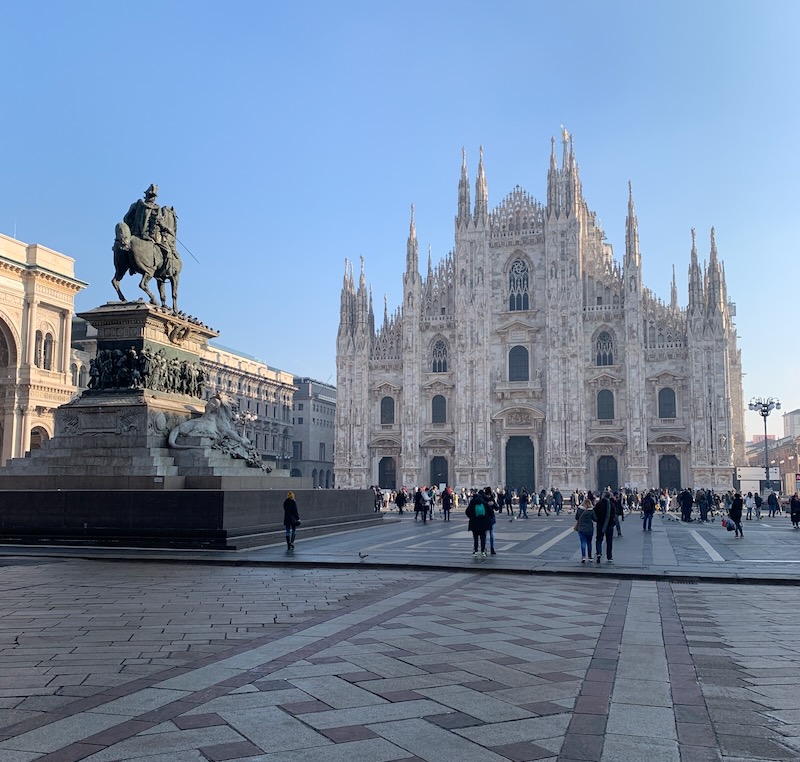 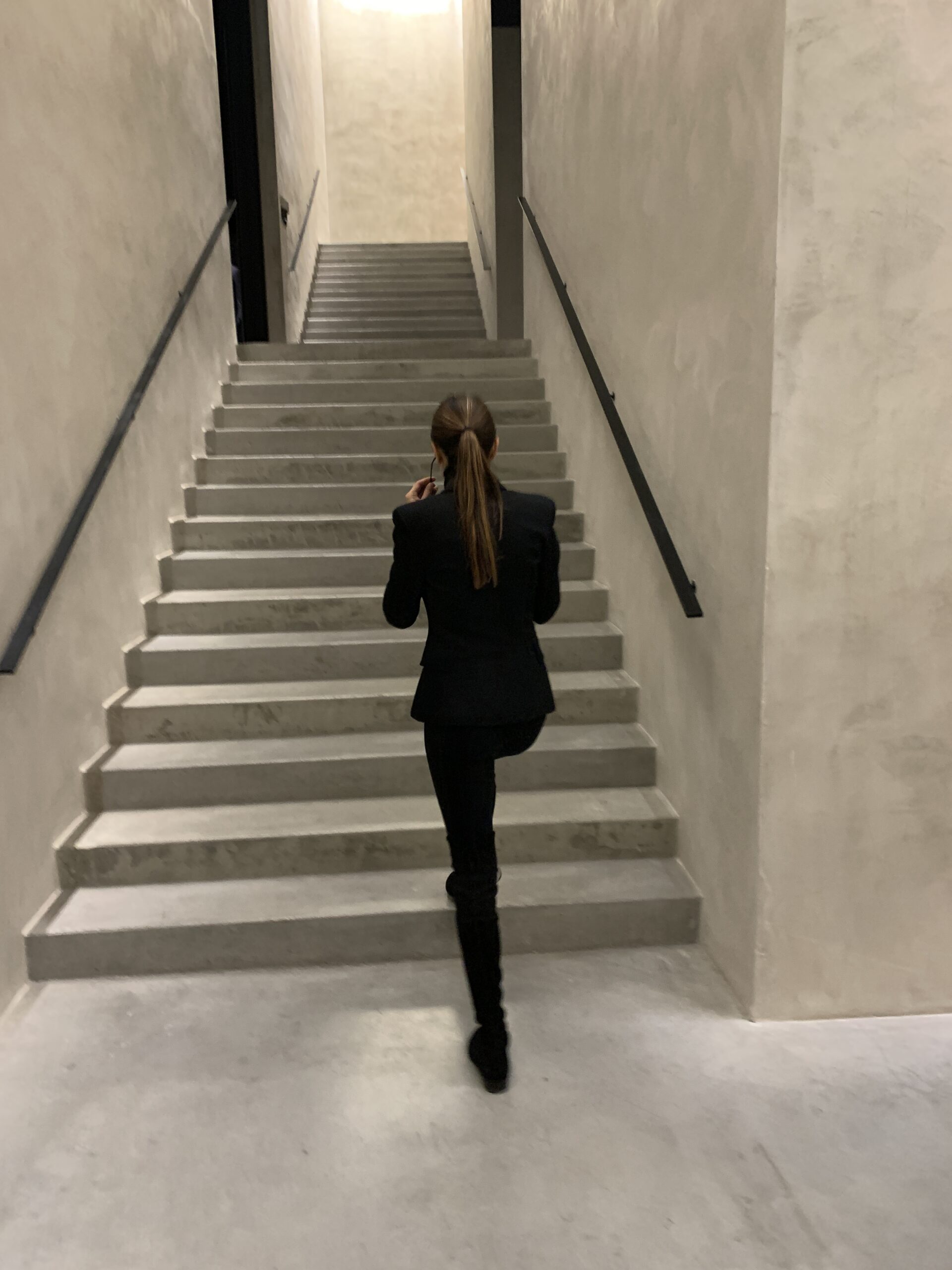 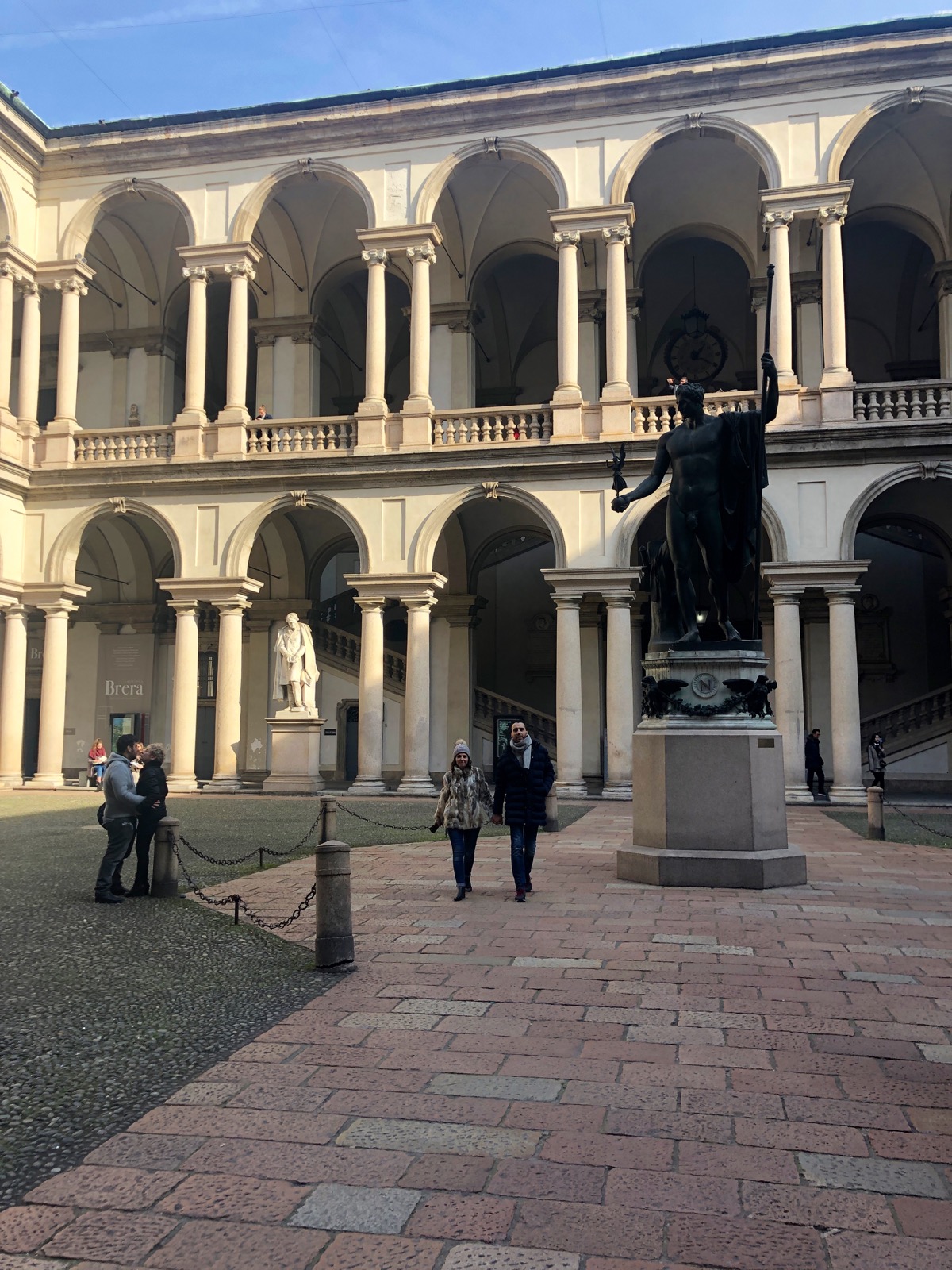 The annual design fair Salone del Mobile, known as one of the most important in the world, further reminds us that not just by fashion Milan’s bread is earned. Ever since I reentered the Città de la Moda not as a fashion model with a map (two decades ago before smart phones made it into our hands), but as design admiring urban stroller with an analog Leica and an iPhone, I was struck by the sophisticated, blended beauty of many of its central buildings’ entranceways. Perhaps, it was the meeting of the Southern colourfulness with Central European sobriety that captivated my lenses. The mosaics and shapes are elaborate, not caught in Nordic and Japanese minimalism as is popular in contemporary design. Light and shadow meet complexity here in intriguing harmony. 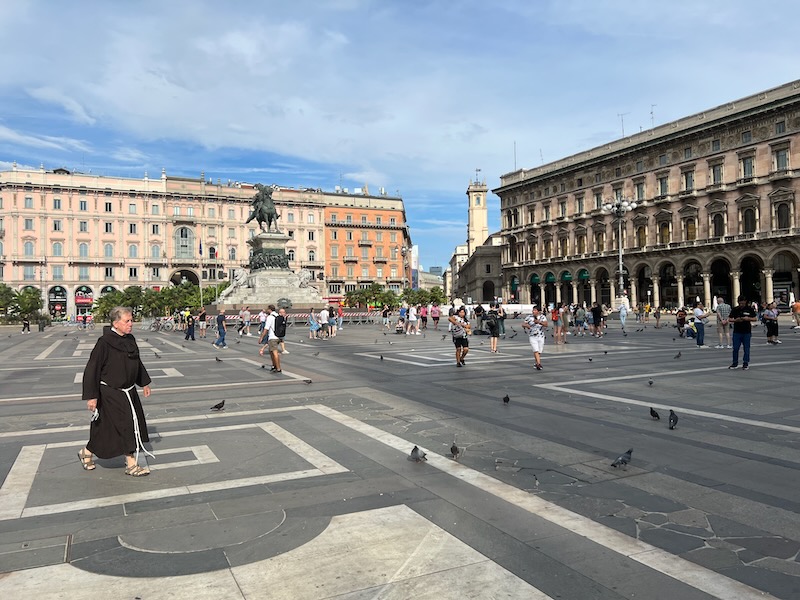 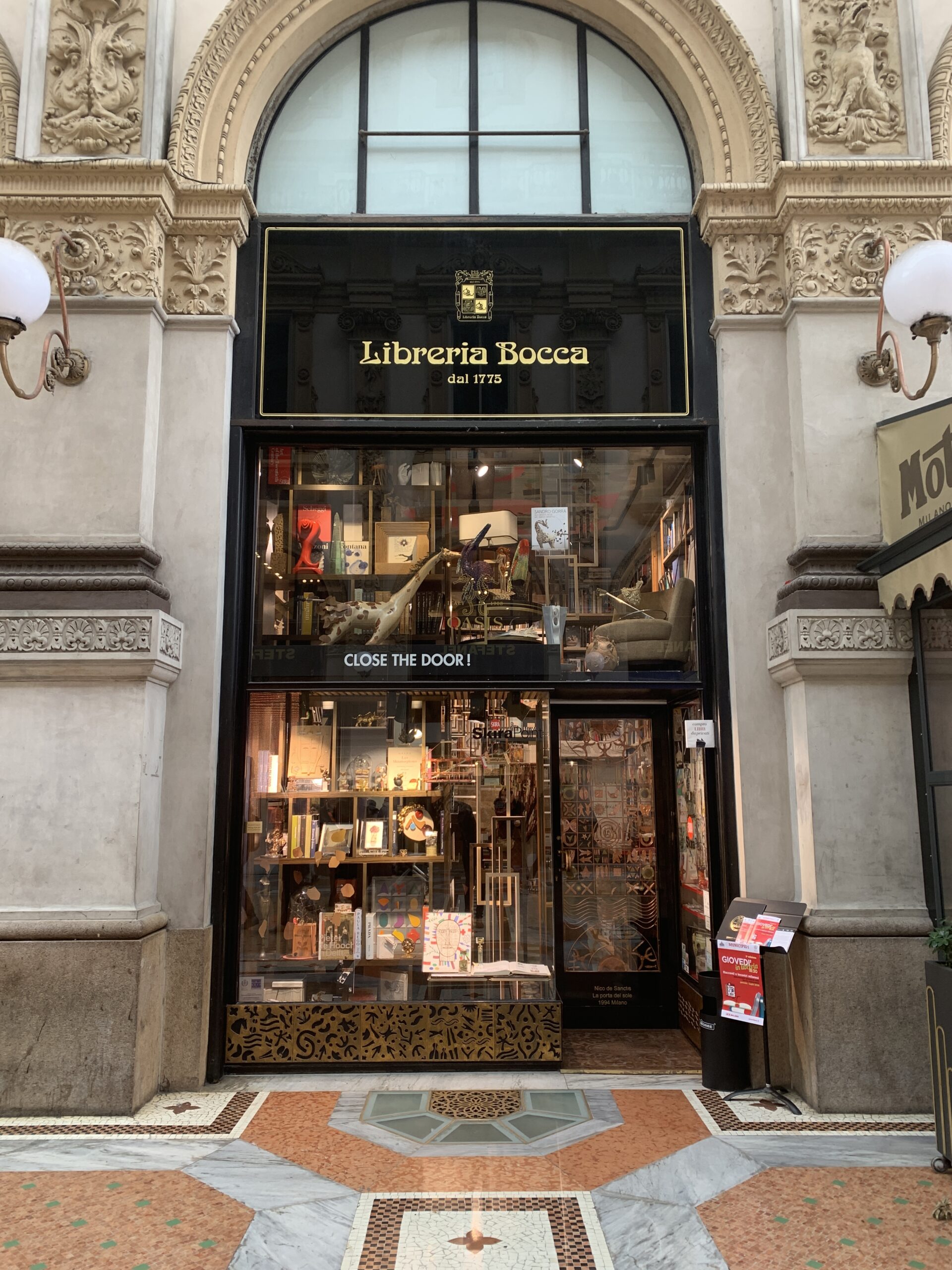 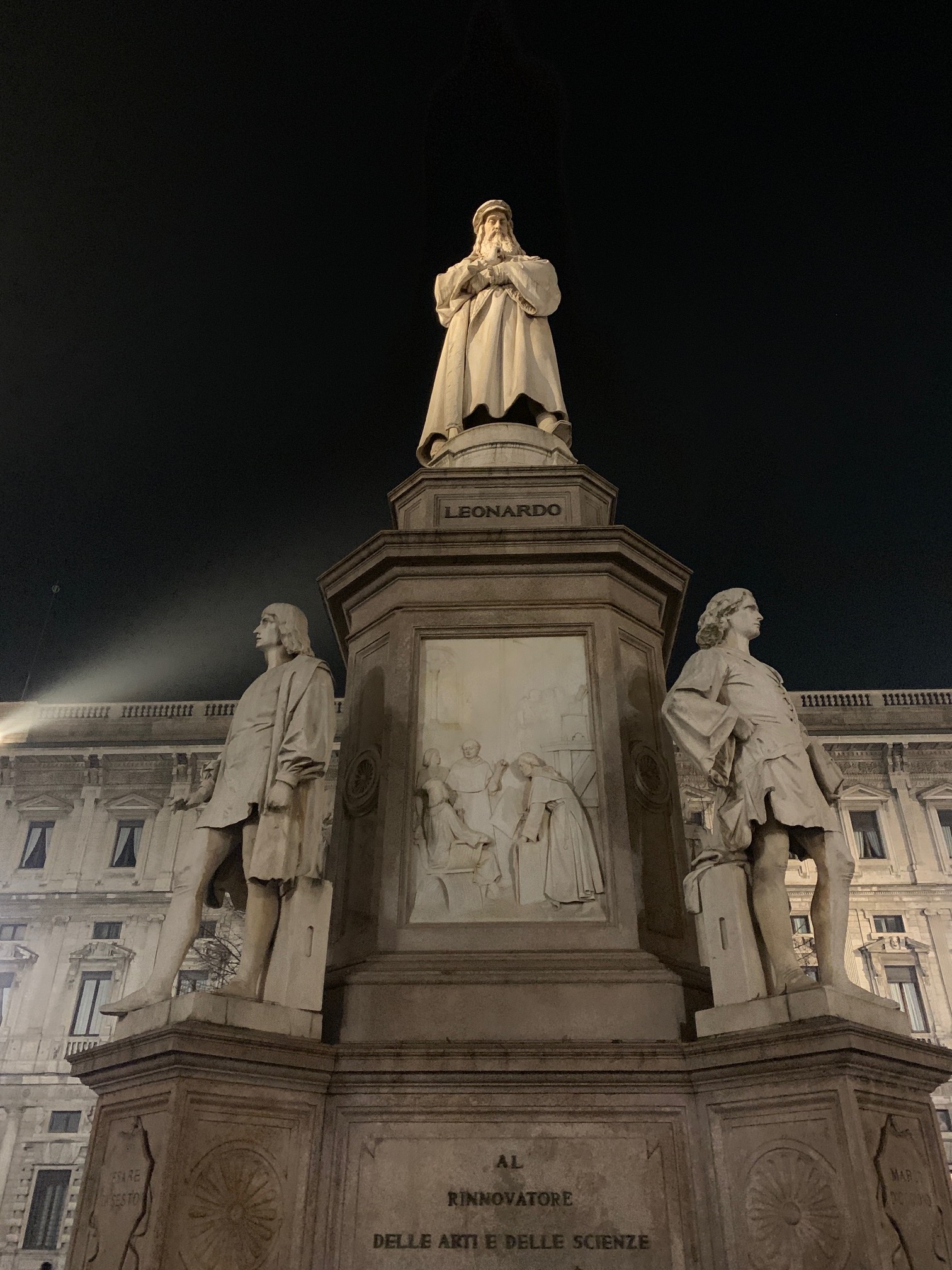 A marvellous photo book titled Ingressi di Milano by Karl Kolbitz (ironically not by local Rizzoli but the German publisher Taschen) informatively documents the appeal of Milanese entryways (get it either at the Taschen brand boutique, Liberia Bocca inside Galleria Vittorio Emmanuelle II or at the Armani Libri art, design, photography and lifestyle book shop inside the Armani Emporium) and if anything makes a beautiful coffee table decoration. For me learning about the vast diversity of Italian marble, limestone and the evolution of the city’s noble architectural heritage draws my hunger for knowledge and aesthetic pleasure.

What you and me can admire without restrictions of trespassing into private property is open gates. I find this rendezvous between the pubic and the communal — the entryways under an arched shelter of a hall — that Milan does so well most fascinating. Ushering us into the off-limits private areas of the grand apartments, businesses or show rooms, magnetises like a sexy, semi-open dress on a woman. You get pulled into these visual domaines of well designed beauty. 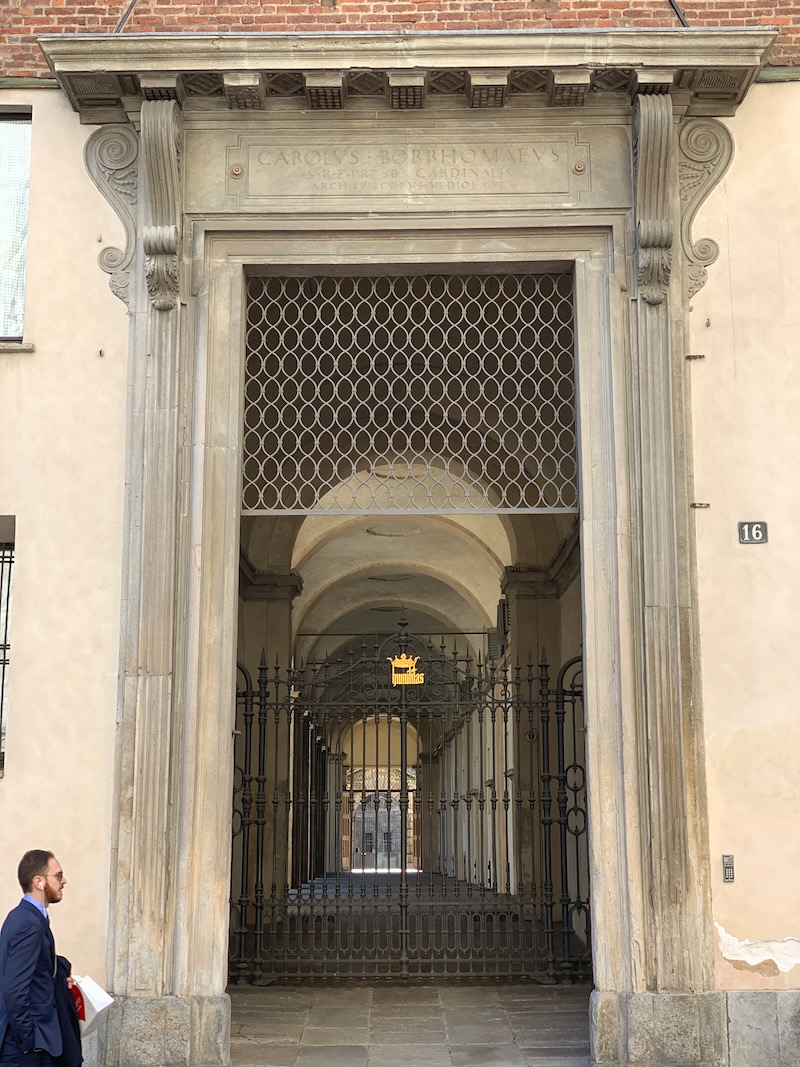 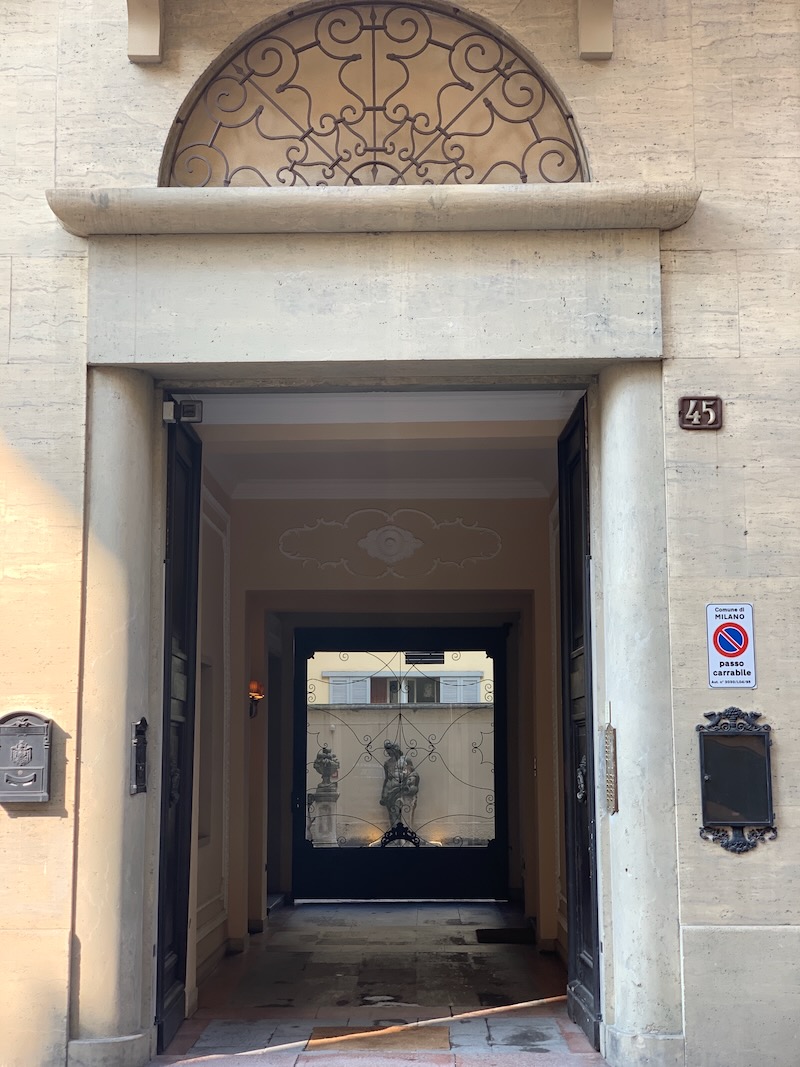 Striking emblems of taste in Italian marble, polished marine sandstone, artfully shaped and coloured glass and metal from steel through bronze, some channel you into their inner garden. At the same time inaccessible, yet letting you visually in. One’s imagination travels beyond the walls. A tantalising experience for creators, dreamers or anyone relishing imaginative journeys.

Such inviting coexistence in a human-made oeuvre shall be celebrated. While securing its dwellers, at the same time not excluding the “outsiders”. This is art serving its inhabitants, but also entertaining the passersby, who can take their time to pause and give a minute or more to love that opens one’s heart to the world we share. Close to street art and like many costly installations in cities — fountains, sculptures to murals — the ingressi were paid from private pockets for our communal pleasure.

Marbled or concrete, yet in a sophisticated fashion etched artistically for a harmonious collage of elements these cutouts from street reality of Milan stood out. I am not lecturing you here on historical periods and elements of design here, that I better leave to the architectural expert publications, rather I share non-judgementally and without scholarly lingua Franca what made my heart jump. 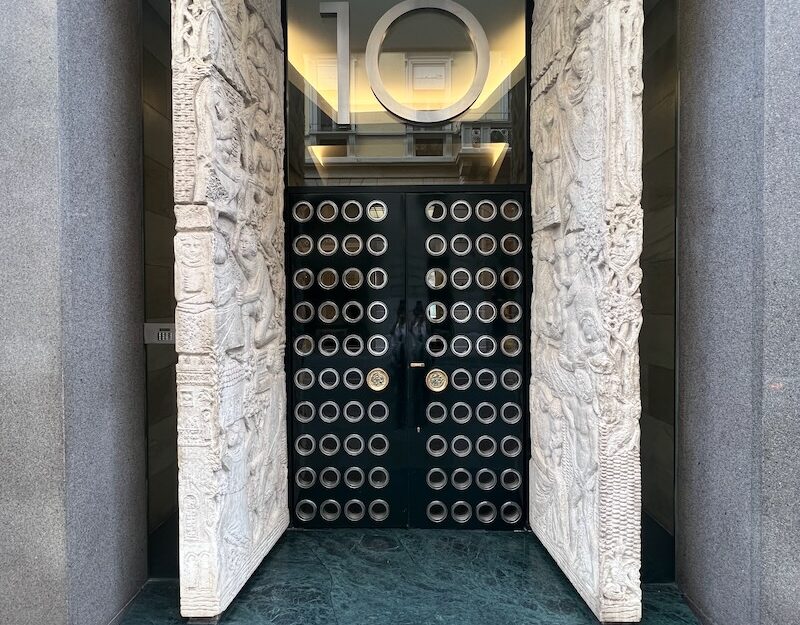 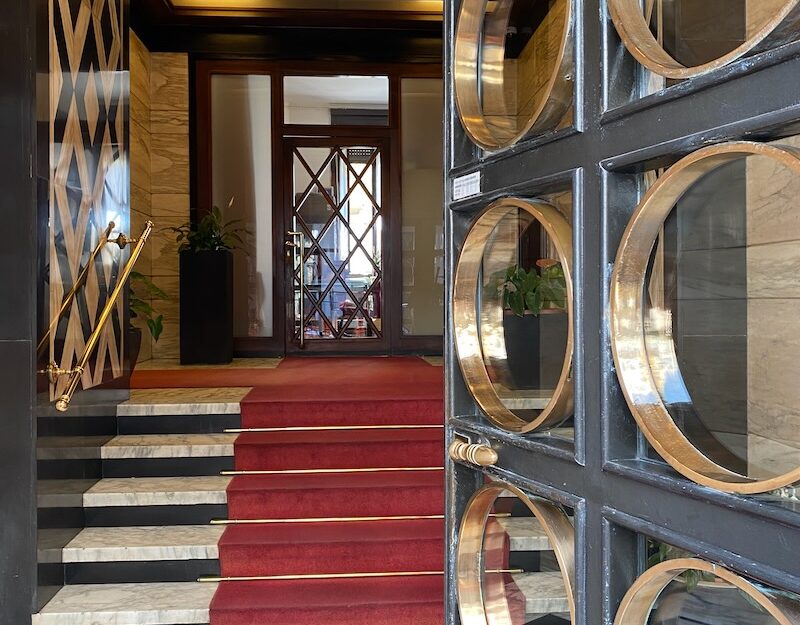 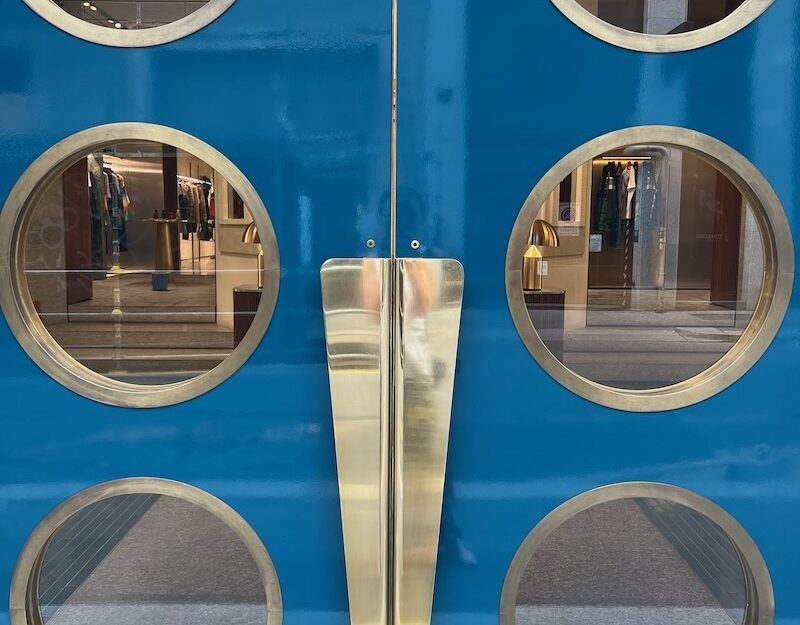 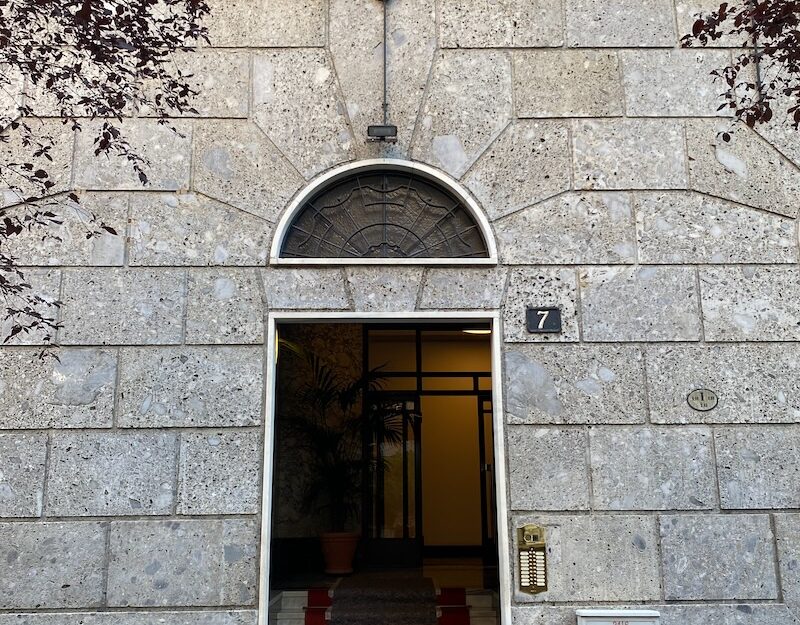 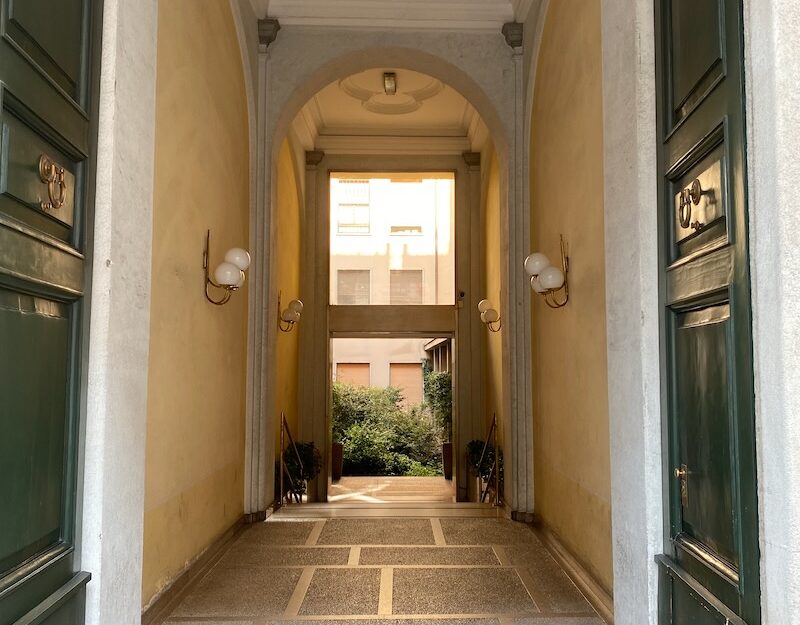 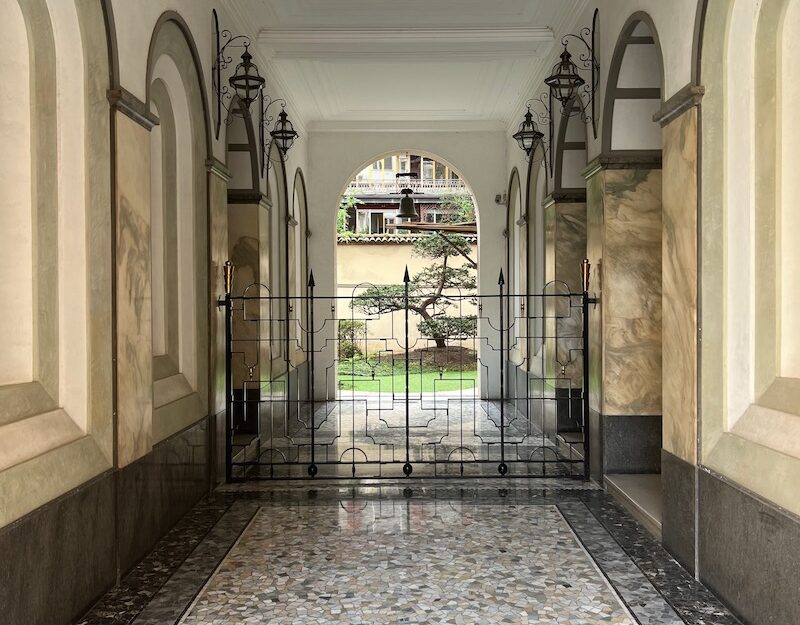 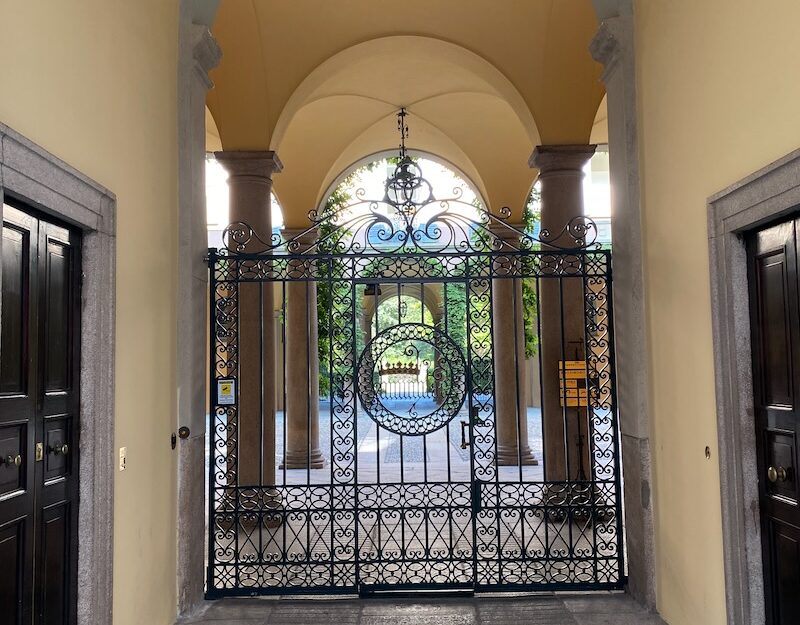 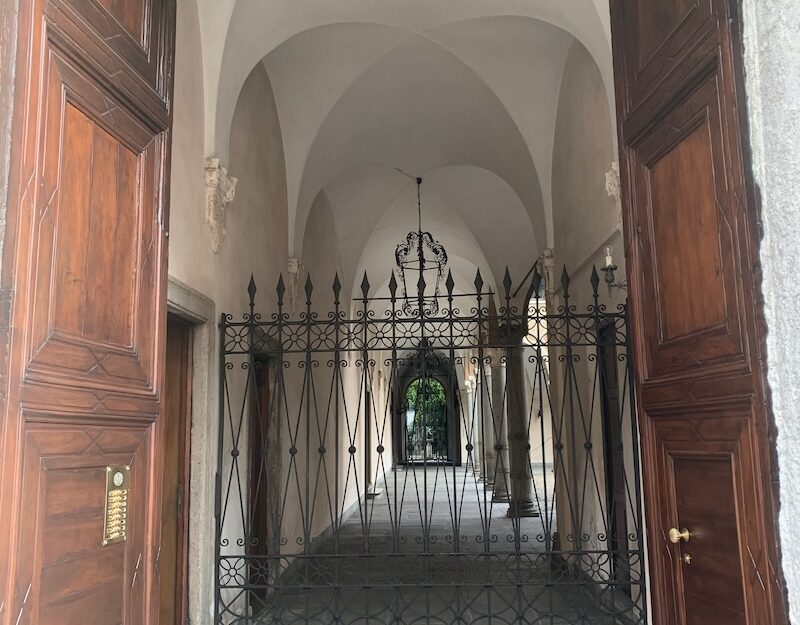 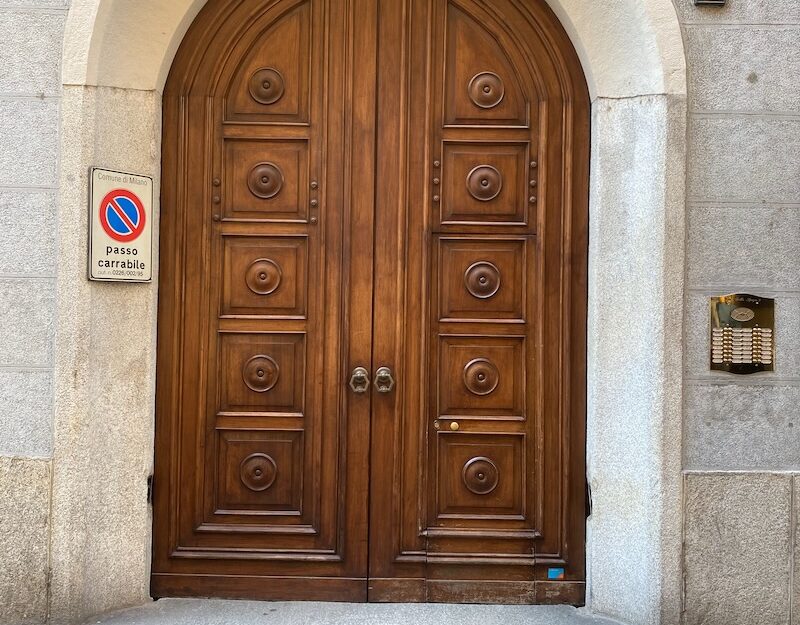 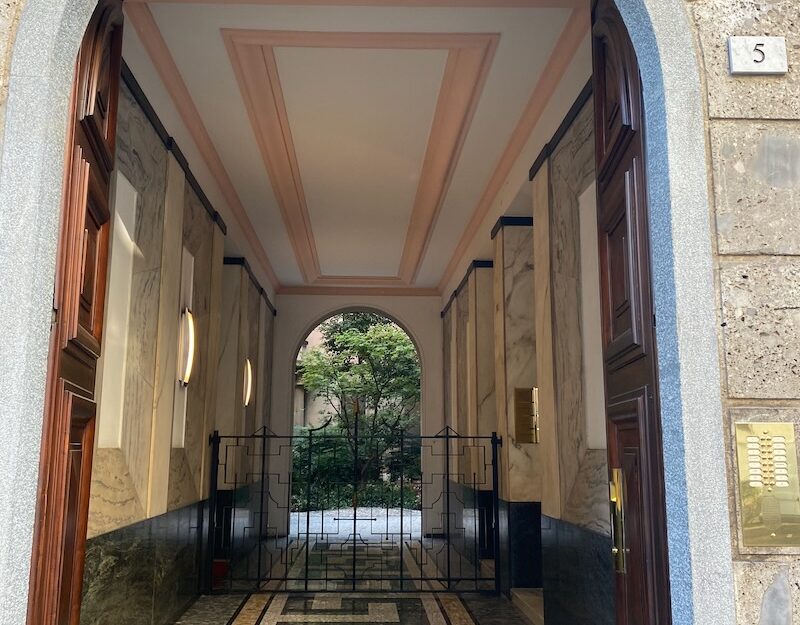 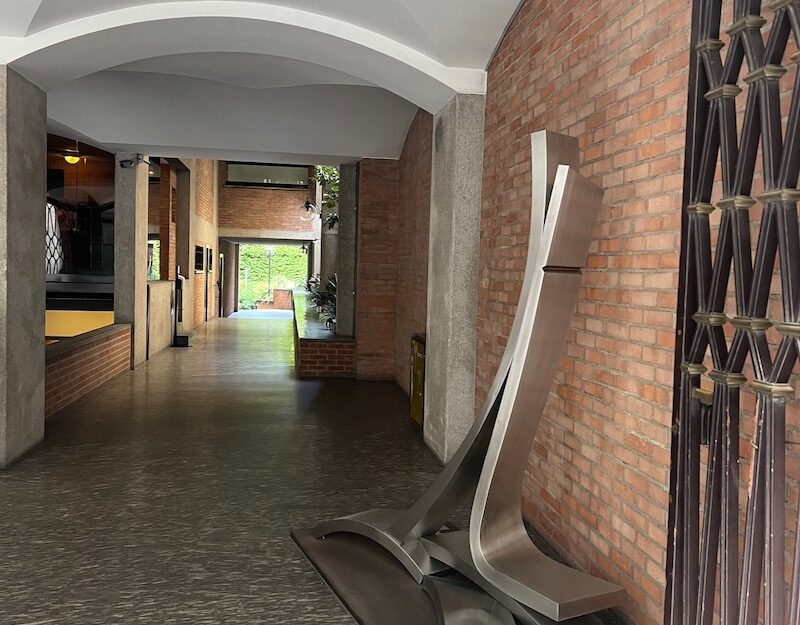 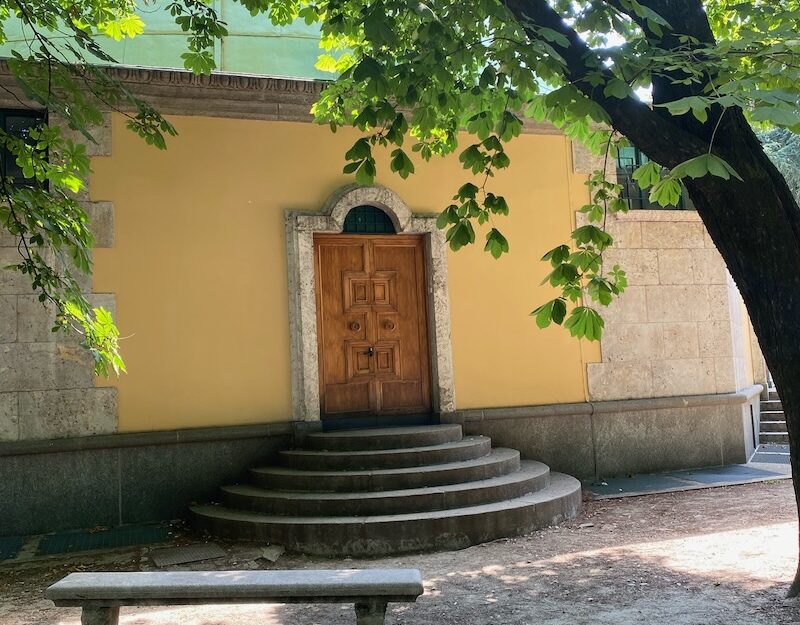 I hope you enjoyed my direct, mindful encounters with the Milanese entrance halls through the lens of my iPhone and my vintage Leica. While camera is a marvellous capturing device, in some instances it just does not do justice to reality. In real time, live image wows you more while standing there in the plain sight of your own eyes. So it is with the Milan’s ingressi. If my admiration-filled rambling captivated your senses, please do seek visiting Milano and focus your gaze on these peculiar architectural beauties in Brera, Quadriletto de la Moda, around the Duomo, Porta Nuova and Venezia on your next visit.