The Brazilians know how to ride that potent wave of life smoothly, no worries, no cries. An açai bowl pre-surfing, enjoying its vast beaches, rainbow carnivals, sipping on cachaça and caipirinha, but the locals also like wine.

The southbound ancestors of Europeans are finally exploring the bonding effects of Brazilian wine. Italian immigrants brought winemaking with them to Brazil as far as in 1875, but the wines of Brazil were, until recently, not offered as often as the Argentinian or Chilean bottles. Most of its neighbours adopted winemaking on a wider scale decades, even centuries ago. Uruguay also joined the vinous fever on the South American continent, so close to its borders the Brazilians expanded their plantations.
The Brazilians know how to ride that potent wave of life smoothly, no worries, no cries. An açai bowl pre-surfing, enjoying its vast beaches, rainbow carnivals, sipping on cachaça and caipirinha, but the locals also like wine. In the late 1990s large investments into viticulture and equipment elevated the quality of Brazilian wine high enough to earn international recognition. 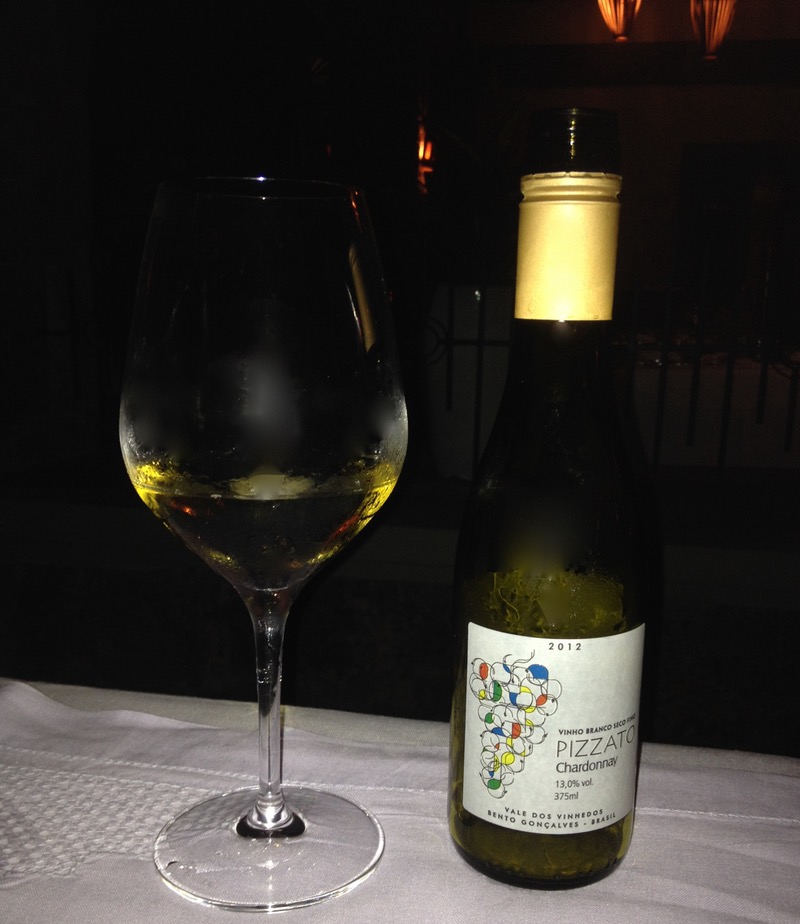 The land there blossoms with miraculous plants, superfoods and other ‘life-enhancers’. The climate in Brazil is so diverse – from tropical to temperate continental weather Brazil is able to grow a wide variety of crops, vitis vinifera inclusive.
There are currently five to six (some sources do not recognise the smaller regions as separate) main wine regions in Brazil.
Only one is in the North-East. Vale do São Francisco, named after the local river, has the highest temperatures on average (32°C average max, 20°C min). The dry and tropical climate with warm nights produces grapes with a high level of sugar. White grape varieties such as Chenin Blanc, Muscat, Malvasia and Chardonnay can still make do in these conditions resulting in fruity and rather sweet wines. Red Syrah, Tempranillo and Cabernet Sauvignon with the help of irrigation found their way to thrive.
The remaining Brazilian wine is made and planted closer to the border with Uruguay. In particular Campanha in the lowest altitude of all current Brazilian wine regions (average 210m/689feet), a bit higher Serra do Sudeste (420m/1378feet) touches the majority of the border. Temperate climate with mild nights is favourable for Chardonnay, Sauvignon Blanc, Pinot Gris and even the aromatic Gewürztraminer. From the reds Cabernet Sauvignon, Merlot, Tannat, Touriga Nacional (Portuguese heritage), Tempranillo and coolness-loving Pinot Noir. Granite and limestone dominate the soil.
Accounting for almost 90% of Brazilian wine production is Serra Gaúcha. Its temperate, humid and mild climate allows for Prosecco-style bubbles to bloom there. The Brazilian sparkling wines were the first that I came across at various tastings in Europe. Versatile, from drier to semi-sweet, and recently won a number of awards. Chardonnay and Muscat are also used in the sparkling wine production there. Red grapes from the Cabernets, Tannats to less known Ancellotas can also be found in the Serra Gaúcha basaltic soil.
The coolest region is Planato Catarinese (average max 19°C, min. 9°C), is further also the highest. The average elevation of 1150m (3772feet) chills the nights leading to a later harvest (between March and April). Like in the Serra Gaúcha and a tiny area of Campos de Clima de Serra the basaltic soil rules. 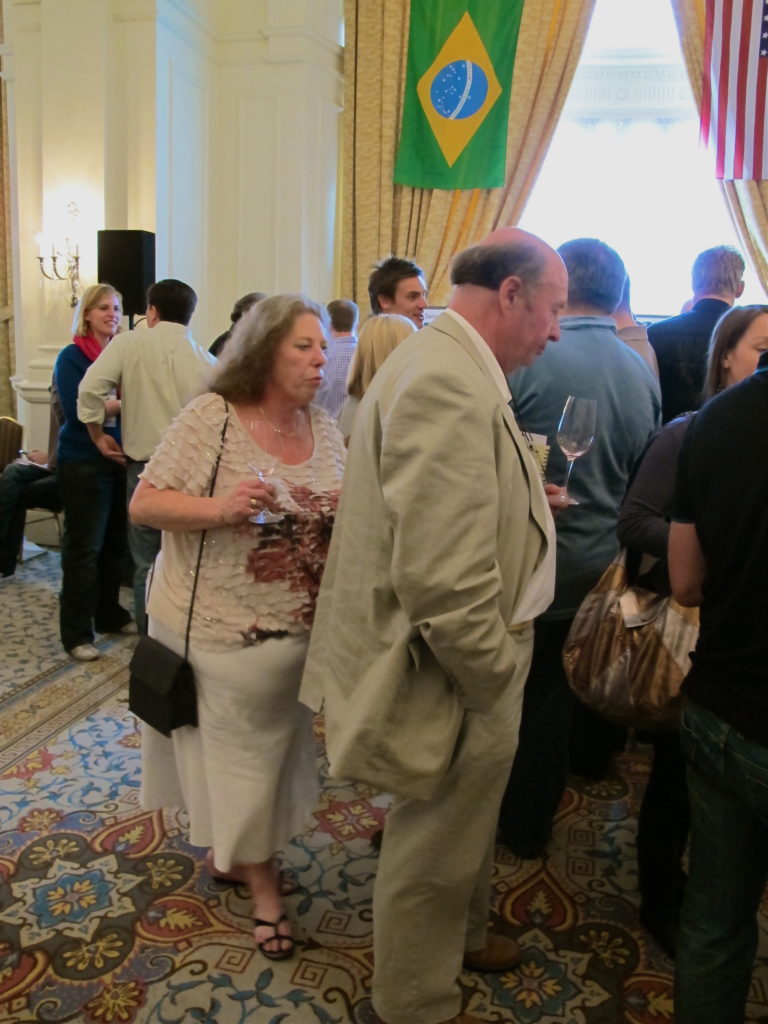 At recent Decanter New World Fine Wine Encounter and London International Wine Fair I tasted plenty of Brazilian wine. The family-owned Miolo wine group collaboration with the renowned French oenologist Michel Rolland enchanted my European palate the most. The family has been making wines since 1897 but moved to commercial production only in 1990. The group focuses not just on wine but also brandy. My favourite from the whites was their Pinot Grigio. Crisp, light body as is typical for this refreshing citrusy wine whose fame was born in the North-East of Italy.
From the reds the Portuguese blend of Touriga Nacional, Alfrocheiro and Tinta Roriz in the Quinta do Seival Castas Portuguesas bottling was the most alluring. An interplay of intense chocolate, prunes, raisins and figs with a lovely balance of intensity. Miolo sells a range of sparkling wines in semi-sweet, bruts or cuvées if you like blends, and a rosé coat. 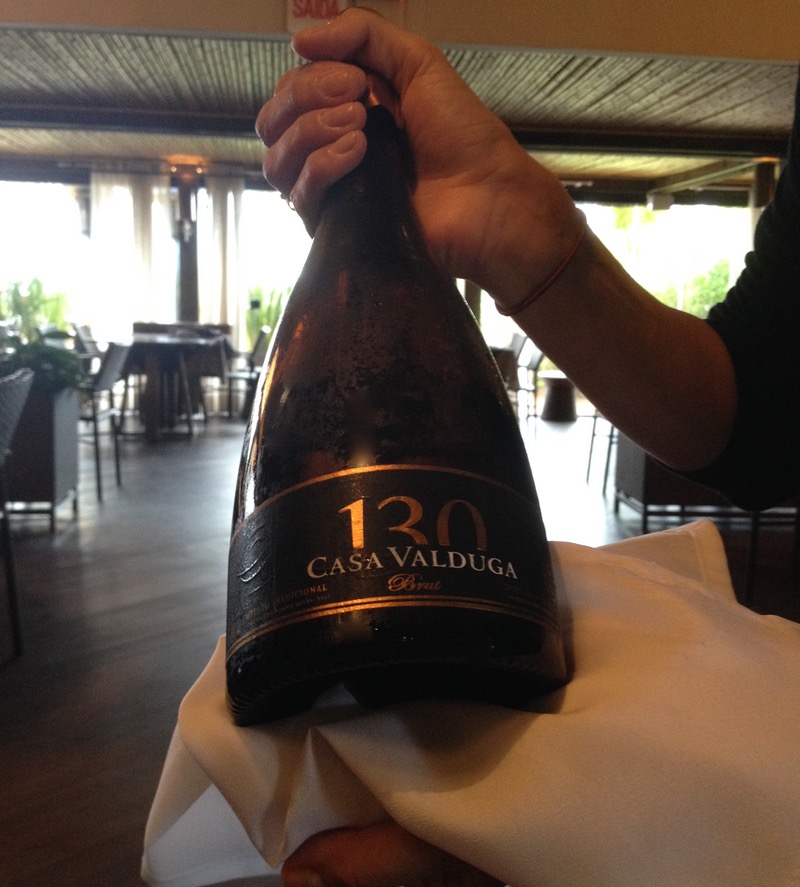 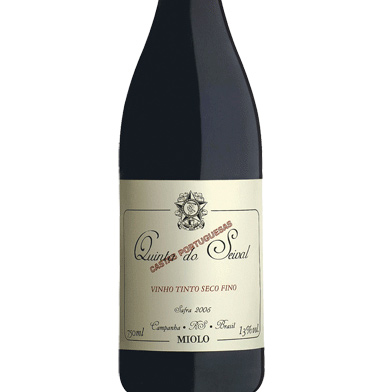 Casa Valduga has been making wines over a century too and their sparkling 130 Casa Valduga Brut aged for 36 motnhs on its lees and made by the champenoise method has popped my 30th birthday celebrated in Brazil. Their sustainability efforts are puzzling though. On their website they claim: “The effort to make business in a serious way brings back the responsibility of the impact of our actions in the society and in the environment. Between the actions of preservation and awareness, stand out the initiatives with the utilization of rain water as an affluent and the novelty in electrostatic pulverization, that reduces the use of water and agrochemicals in 50%.” Reducing the use of water in wine growing and making is fundamental today, but they can go organic at least, since their use of “agrochemicals” – more often known as pesticides even in reduced amount harms the soil.
Experiment with Brazilian wine, since it can bring an unexpected pleasure. There are over 1,000 wineries (1,162 according to the Wines of Brazil website. Who said that the world of wine is easier to navigate today?
For more information about Brazilian wine exports look at Wines of Brazil website.