The chef's childhood growing up on a farm in Landes inspired the gustatory travelling in time, back to authenticity and sincerity of a family meal in France. Nature seems to inspire simplicity in those willing to go with its smooth flow, rather than against it. 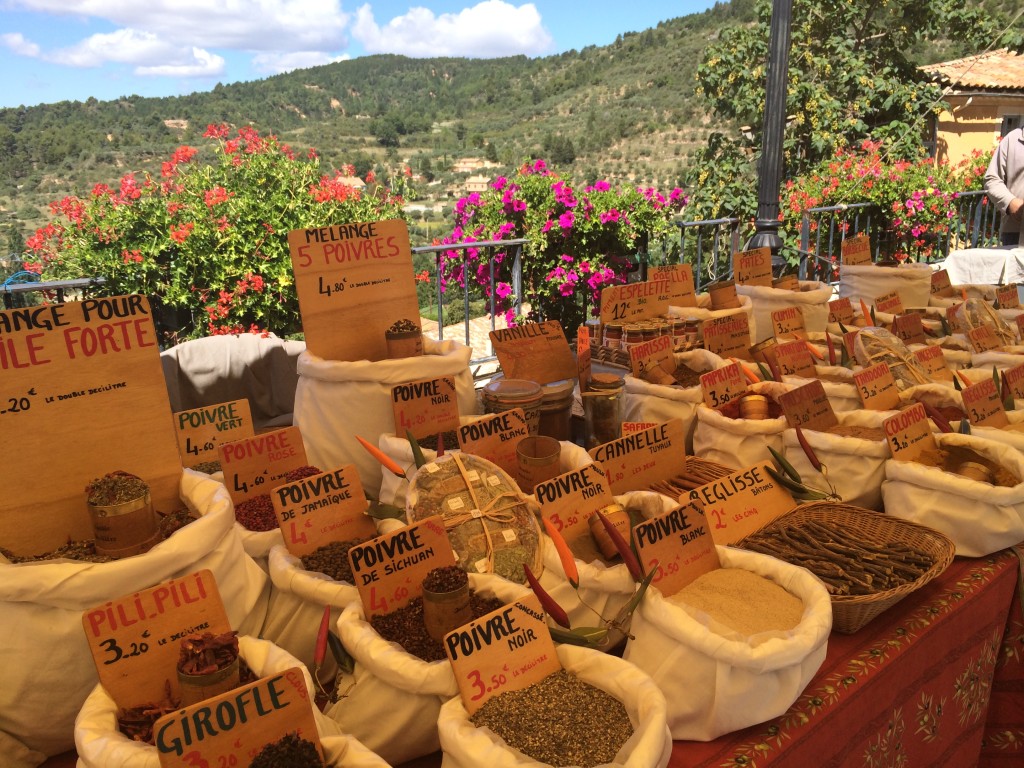 Not just casual bistros, but also top Michelin-rated chefs in Europe are increasingly working with local and organic produce from their own garden. Alain Ducasse, the celebrated French chef has been one of the most vocal supporters of the freshest local ingredients for decades, and his other inn in Provence at the Hostellerie de l’Abbaye de la Celle is also set with its own “potager“, vineyard and an orchard in the old abbey property. Ducasse has imprinted his naturalness aura into the mindsets of hundreds of chefs. Not far from Moustiers, in Luberon Le Gourmet at La Coquillade is blessed with an organic garden. 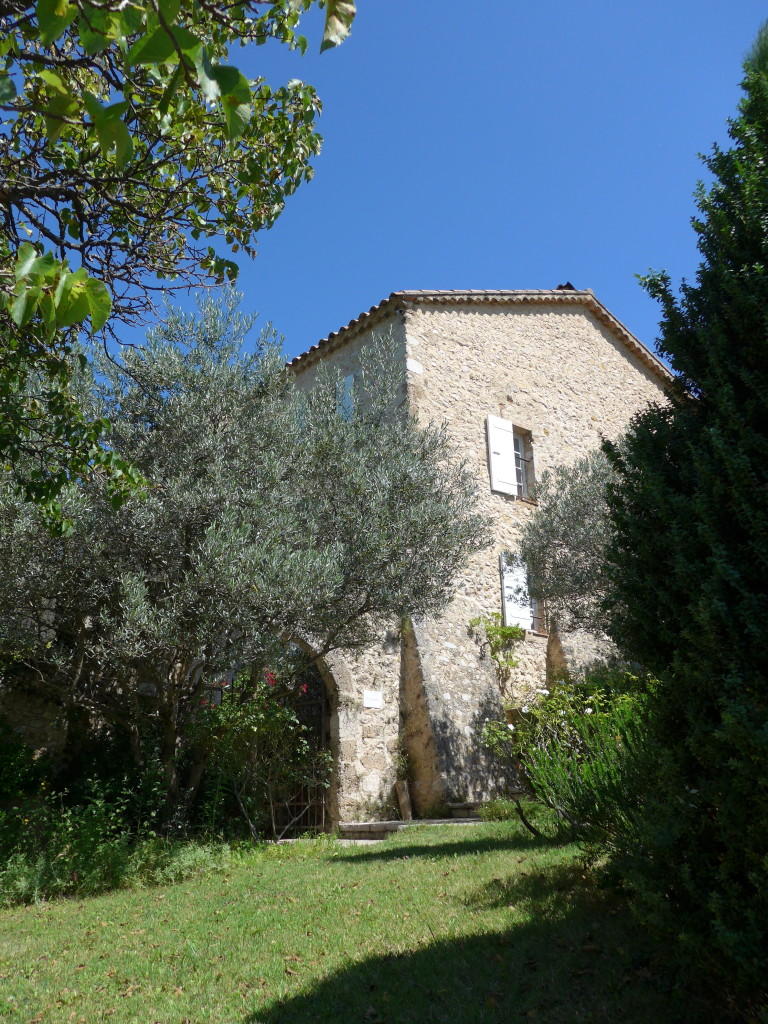 Yet, Bastide de Moustiers is a working farm within a five star boutique hotel, therefore the scope of the acquired zero miles travelling produce is wide. Often, the guests landing on the helipad or driving in through the serpentines of Haute Provence, have travelled further than the food served here. Local purveyors, whom Ducasse and the chefs personally know, deliver the rest. 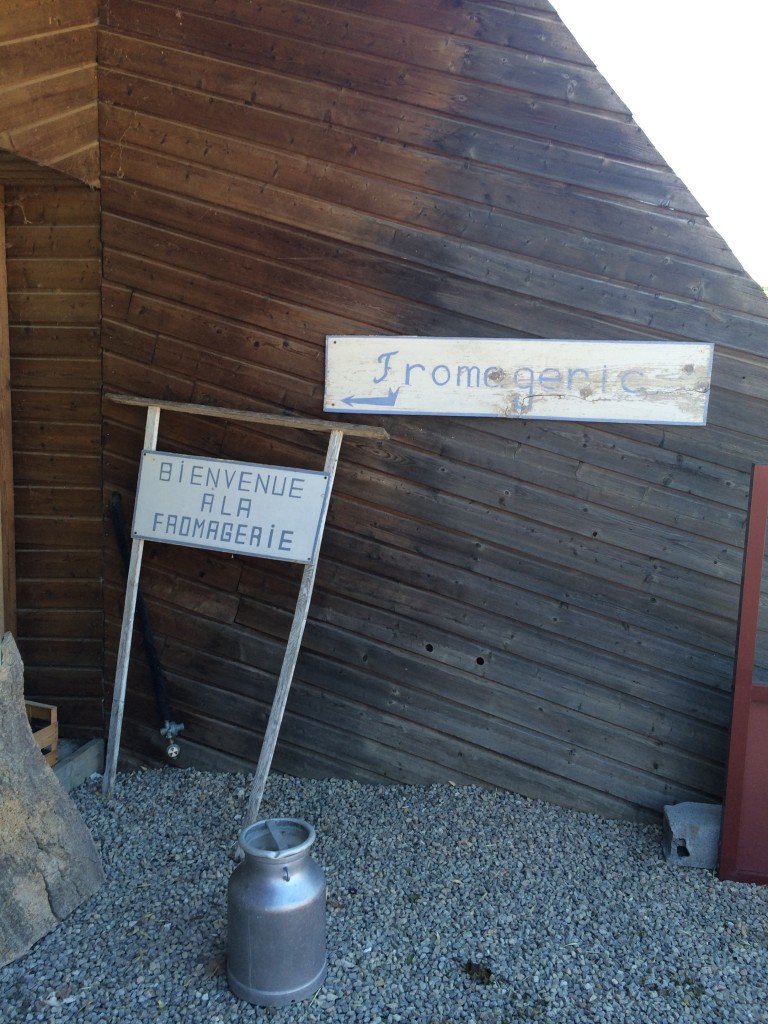 Ducasse with a French nutritionist co-wrote a health-minded cookbook titled “Nature“. His quite simple, by the Mediterranean and Southern slopes inspired recipes, celebrate the bounty of the local produce. If you rather let others cook for you, come here. Bastide de Moustiers brings alive this nature-driven philosophy of Alain Ducasse’s Michelin-stared cooking. From an olive oil, through cheese to fish, everything is sourced from the best food artisans in the nearby regions. A skilled beekeeper makes honey, fromagerie curdles cheese, Moustiers baker Robert Peix supplies bread, truffles pop up not far from this verdant region and the bacon and sausages are popular family provisions in the mountainous surroundings. In Ducasse’s words: “You can’t cook well without good ingredients. If you don’t treat the ingredient and its flavours with respect, you’ll spoil it.” And, Provence has much to offer to a curious chef, who pays attention to highlighting pure natural flavours. 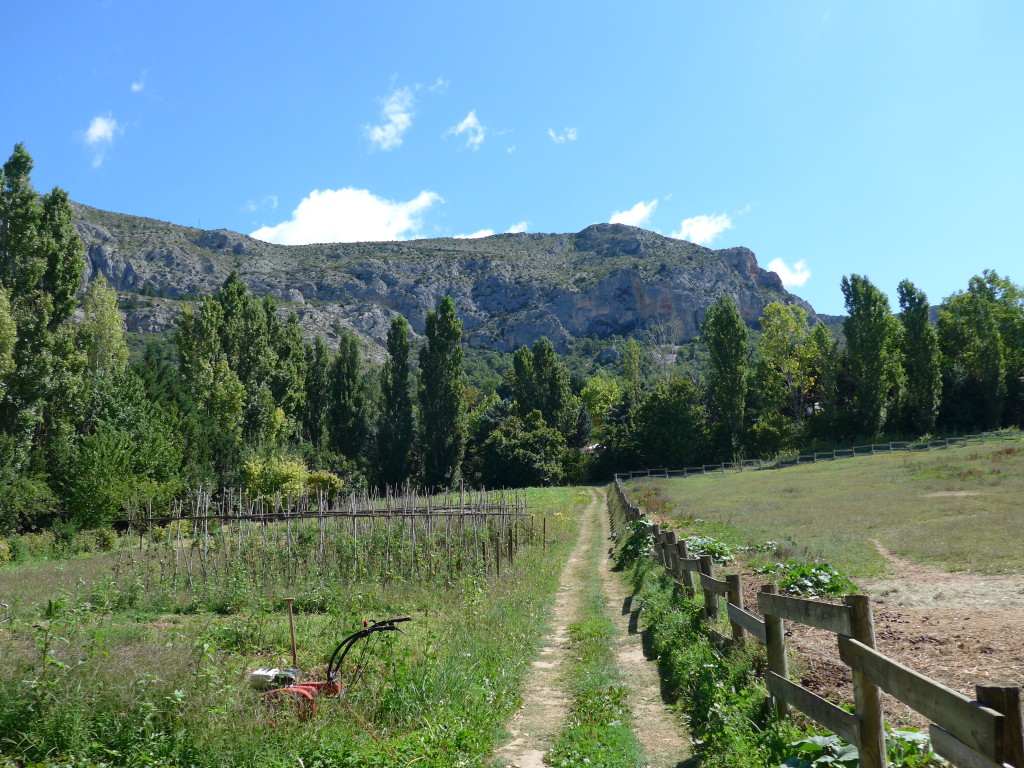 The Bastide de Moustiers’ own vegetable garden is organised around diverse themes. All of them characterise the plants’ use in the kitchen. There is an aromatic herb garden, salad garden, root garden, simple (medicinal) garden, and a wild garden. In the later you can spot anything from zucchini through dozens species of tomatoes depending on the season. Each month, the colours change from a vibrant spring rainbow to more sedate hues of winter, luring diners inside regularly to savour these natural wonders, invigorating one’s hedonistic senses.
All that a Michelin cuisine needs to cook great food, yet rustic French countryside style kitchen at Bastide de Mustiers epitomises the Ducasse’s “return to roots by preparing old-fashioned cookery“. The chef’s childhood growing up on a farm in Landes inspired the gustatory travelling in time, back to authenticity and sincerity of a family meal in France. The duck, cod brandade, gently cooked seasonal vegetables in bouillon, and fromage of course! S’il vous plâit! The dishes change regularly according to the availability of the ingredients, and the chefs’ creative muse plays with the plates only to the point when the violin (main ingredient) is in synchrony with the orchestra of natural flavours. 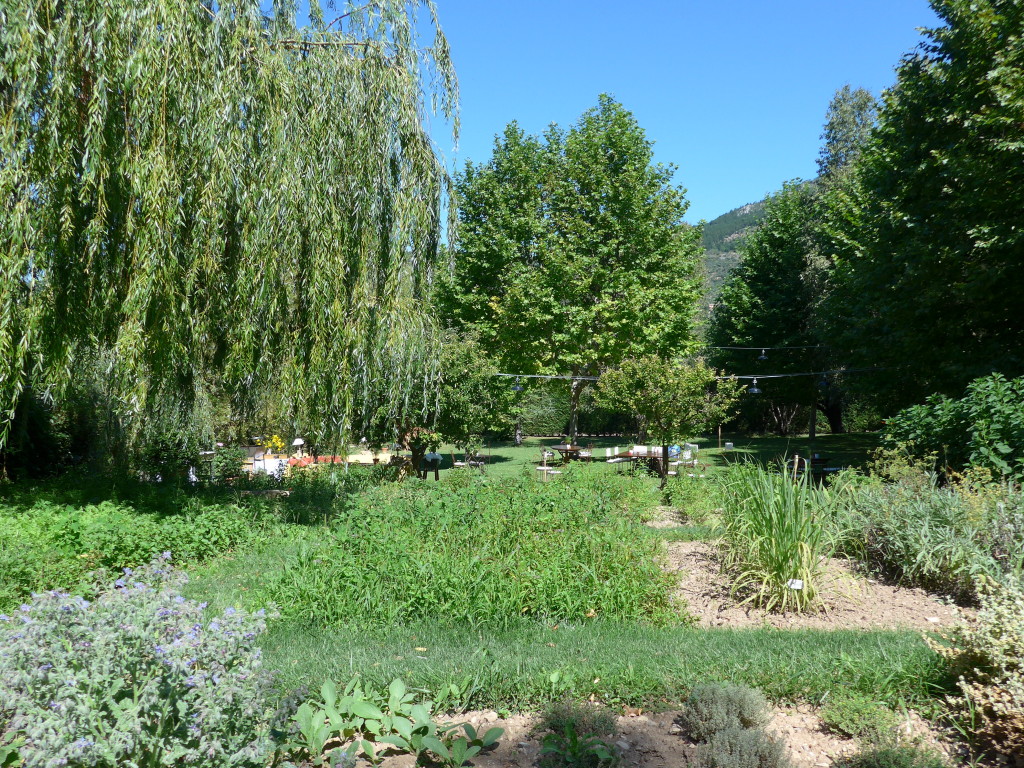 Fertile nature around Moustiers is abundant with truffles (Riez), melons (particularly from Cavaillon), zucchini flowers, and other plants. The animal realm thrives here, like the French queen of lamb from Sisteron grazing the mountainous pastures along with ducks and goats (source of milk for fresh cheese). Olive trees accommodate the higher altitude still influenced by the bordering Mediterranean climate, and you will find the oil poured generously over anything delectable at the restaurant. 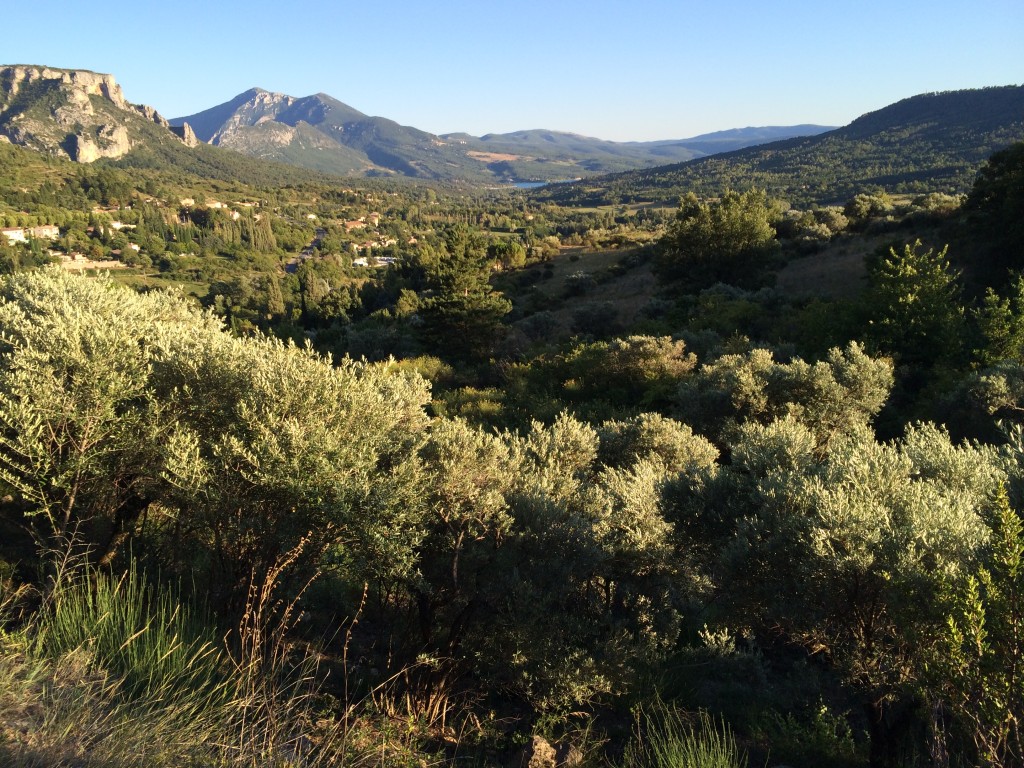 Lush nature around Moustiers La Bastide de Moustiers embodies Ducasse’s love affair with cooking. As he wrote in his book ‘Nature‘: “It’s all about falling in love with your ingredients.” And it is here at his country inn, where he and his dedicated culinary team come the closest to his cherished object – the herbs, vegetables and fruits growing in his sprawling garden right behind the Provençal restaurant.
The two distinct wine lists remain in the locavore sphere. The “Carte de la Bastide de Moustiers” focuses on Southern France (Côte Rôtie by Stéphane Montez is a good bet), while the selections inside the “La Cave d’Alain Ducasse” wine menu offer the crème-de-la-crème of the French vineyards such as La Chapelle single vineyard Hermitage by Paul Jaboulet Aîné and further spanning from the cool North to the South. 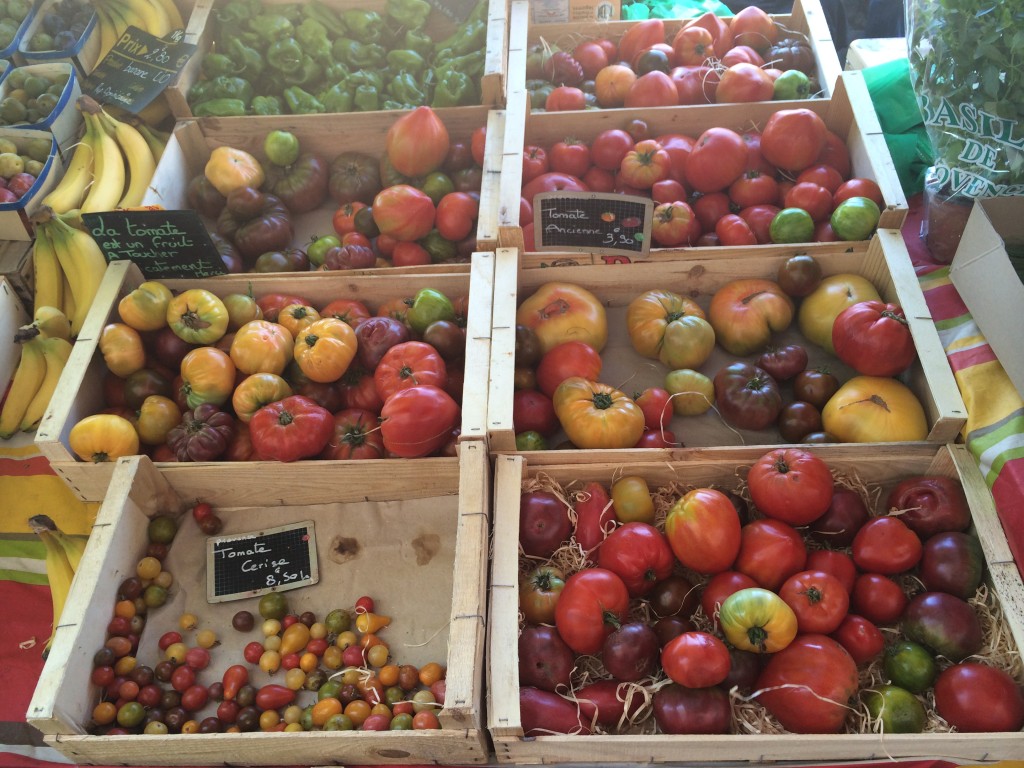 It’s worth the trip (some take a shortcut by a helicopter landing directly on the property’s own helipad) to this remote and gorgeous corner of Northern Provence. If only to savour the purity of the local produce and the culinary skills of the by Ducasse’s carefully selected team of chefs from his luxurious flagship restaurant in Monte-Carlo. The friendly atmosphere is much more casual than at the chef’s glamorous hotel restaurants in their urban surroundings.
Nature seems to inspire simplicity in those willing to go with its smooth flow, rather than against it. Emotions penetrate every detail in the restaurant’s interior but also each of the adjoining 13 rooms of the Châteaux and Hôtels Collection inn, all together creating a worry-free dining experience. Uninterrupted by the human presence, only the crickets will play their songs ceaselessly. 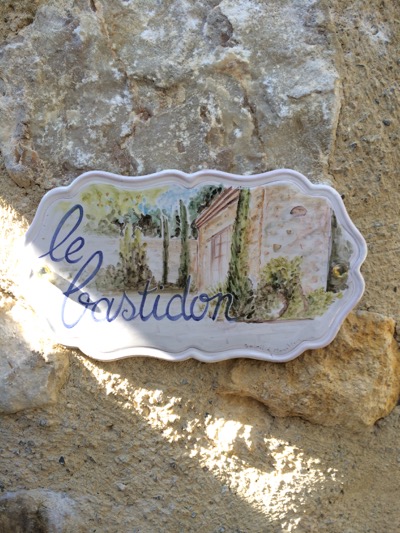 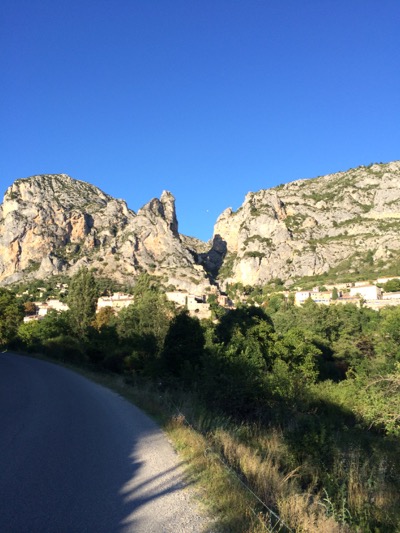 For anyone longing for more privacy, the ‘library’ room or the ‘salon des Amoureux’ (freely translated as the room for lovers) make for the ideal seating. While weddings, anniversaries and other occasions can be accommodated al-fresco in the back garden or front terrace. By his natural and honest cooking at the Bastide, Ducasse sets an example for by novelty obsessed generation of modern chefs. Calling for local and organic ingredients being used at restaurants, and for our health’s sake, hopefully many will follow the combat against highly processed food filled with potentially harmful chemicals.
Chemin de Quinson, Moustiers-Sainte-Marie 04360, France
+33 4 92 70 47 47