Kenney’s groundbreaking haute-cuisine approach to healthful dining is sowing revolutionary ideas in America’s oversized, burger and fast-food fuelled population. In need for a profound change, the American plant-based cuisine comes as a rescue to balance the US diets.

Now trendy the American plant-based cuisine is enjoyed beyond vegans. The chefs Tal Ronen, Matthew Kenney and Tim Andriola showed in Miami its creative appeal.
Kenney’s groundbreaking haute-cuisine approach to healthful dining is sowing revolutionary ideas in America’s oversized, burger and fast-food fuelled population. In need for a profound change, the American plant-based cuisine comes as a rescue to balance the US diets. Unlike the three Michelin stared French chef Michel Guérard, who cleaned up substantially the saturated fat and carb-based traditional French cuisine, Kenney employs raw organic herbivore ingredients in his kitchen and creates delicious, but much smaller plates than is usual in America. His canapés of raw Jicama Tacos, Pistachio Guacamole, Pickled jalapeño, Radish, Caper-Macadamia Butter on a Seaweed Toast were a catwalk of his light-headed edible collection. 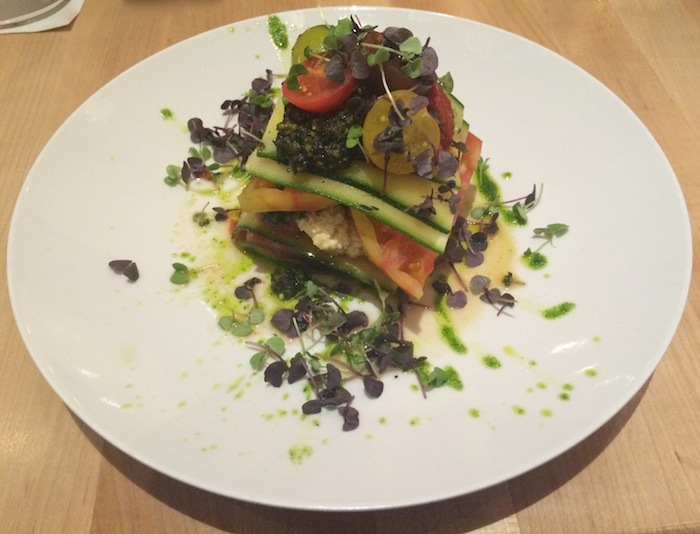 Perhaps the most popular dish on the tasting menu served later, the raw Heirloom Tomato Lasagna layered with Macadamia Ricotta, Pistachio Pesto and Spicy Marinara sauce was much more substantial and satisfying. Still, cholesterol free since nuts were used to make the remarkable “ricotta” and nutrient-dense from all the colourful vegetables used instead of the traditional sheets of pasta. These lasagna are also a permanent feature in his restaurants in LA and Miami. 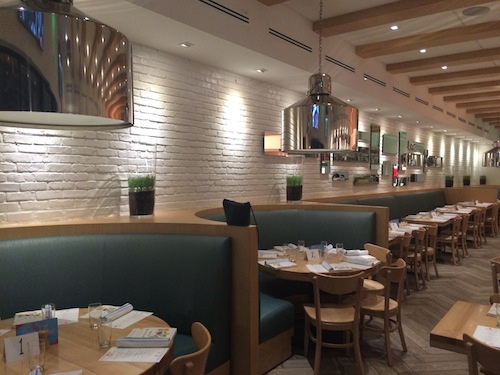 Tal Ronen bridged a gap in the culinary market when he opened the first upscale, smart-casual vegan restaurant on the LA’s trendy Melrose street. Crossroads indeed crossed the zebra between the increasingly popular hippie vegan cafes and the more dressy restaurants. The memories of this journey were merged together in his culinary creations. His vegan cuisine served in the evenings at his Melrose flagship looks and tastes more like the typical omnivore’s, yet he smartly substituted all animal produce with grains, mushrooms, spices and plants with similar taste profiles. He contributed only with one dish to the tasting menu, but the rich Porcini-crusted Eggplant with Caramelised Onions, Celery Salad and deep velvety red Rossini Sauce, represented his bold-flavours-laid approach to vegan cooking. His dishes tend to be more comforting, season-driven and in many you would be fooled into thinking, that there must be some animal or cheese in it. Tal Ronen is the master magician of meatless-eating in the American plant-based cuisine. 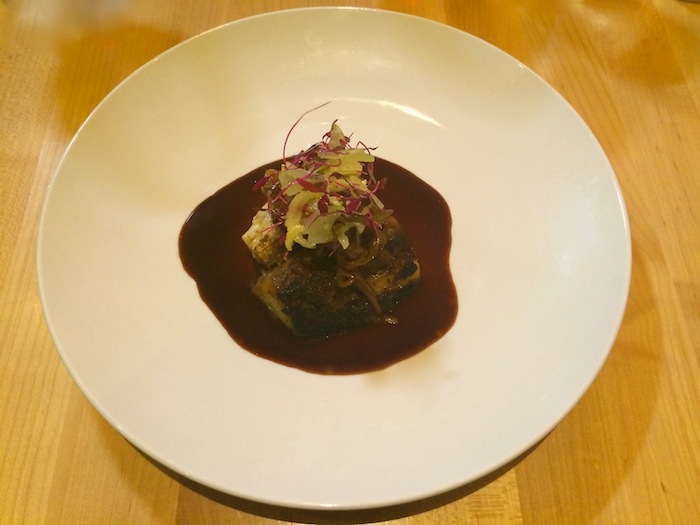 Tim Andriola, has only recently adopted the vegie-centric philosophy into his cooking. The three chefs dinner was organised at his new Basil Park restaurant, neighbour to his classic Italian trattoria, where he uses meat and cheese as is typical for Italian cuisine. He opened this new healthier venture last year after his wife fed him with plant-fuelled inspiration.

The chefs gathered in its high-tech, by dehydrators and powerful blenders equipped open kitchen, creating a four-course vegan dinner accompanied by California wines and tapas. The reception was served outside, which on the unusually windy and for Miami chilly evening was not a happy start, but the gourmet small bites uplifted our cold souls. Andriola’s staff served his Mediterranean Pizzettas with Marinated Mushrooms, Arugula Pesto and Pine Nuts, surely adapted from his original Italian cooking style. 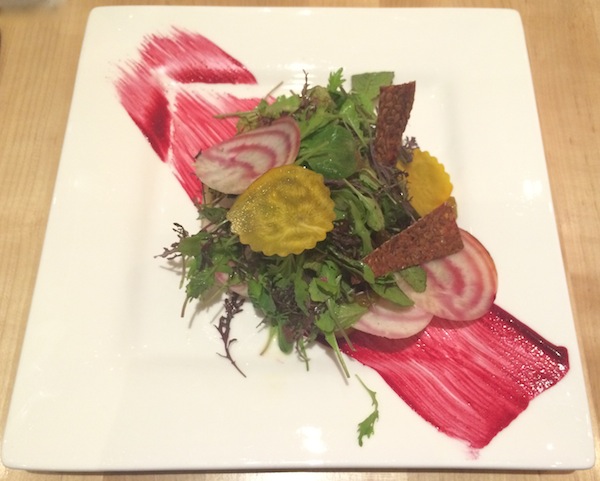 He also masterminded the lightest, first course of Chioggia Beet Carpaccio with Wild Greens, Golden Raisins and Cumin Crisps. The final dessert was also in his hands. In spite of our full bellies, there were not many of us who resisted his addictive sweet treat with an erotic sub tone – the Raw Chocolate Pate with Roasted Marcona Almonds and Pomegranate Sorbet. Chocolate being an aphrodisiac of the Aztecs, while pomegranate is seen as the symbol of fertility in the Mediterranean cultures, we were all seduced.
This good-for-you gastronomic feast respecting nature and your health, was further fuelled with wines to uplift our already angelic spirits. First a crisp and deep white Ferrari Carano Fume Blanc 2013 was poured, and later red Merlot 2011 from Rodney Strong, both from Sonoma, followed. With its fruity character it was a perfect match to the rich chocolate. 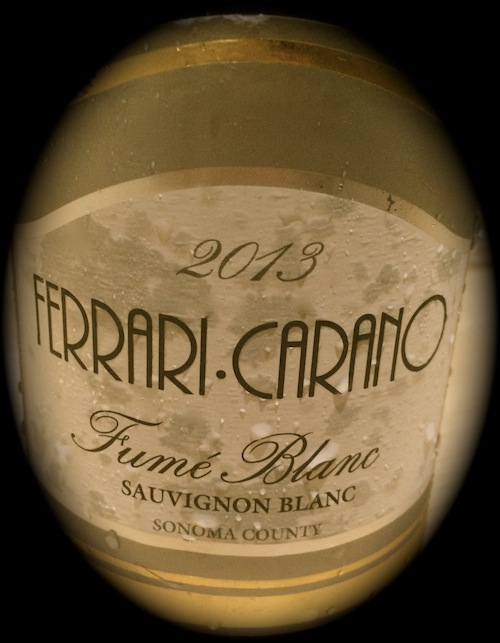 There were plenty of dinners, lunches and other indulgent culinary and wine experiences during the four days of the annual South Beach Wine & Food Festival in Miami. While diversity made it more fun for the attendees, the future of food seemed to point the arrow towards natural influences, with both sustainability and health sawing the most fertile seeds of growth. Gourmet vegan cooking has been polished by decades spanning know-how of combining flavours, that now entice even the non-vegans to eat more heart and animal friendly food when dining out. At the moment, not just in the US, but also plenty of chefs in Europe, South America and slowly in Asia, are being inspired by these revolutionary gourmet thought-leaders bringing taste back close to the nature with their plant-focused restaurants. The American plant-based cuisine is now affirmed its position on the restaurant by cuisine menus of major food guides.