We brought mirrors into our lives for various reasons.

Their reflection is what stirs something inside us. Whether it is the self-judgemental inner critic of our superficial appearance does not matter, but what that train of thought mirrors is that deep inside we want to be assured by something outside of us, that we are real. Reality means change. Mirrors have the innate ability to reflect that change in the fleeting parodies of our momentous life. Can they predict future? 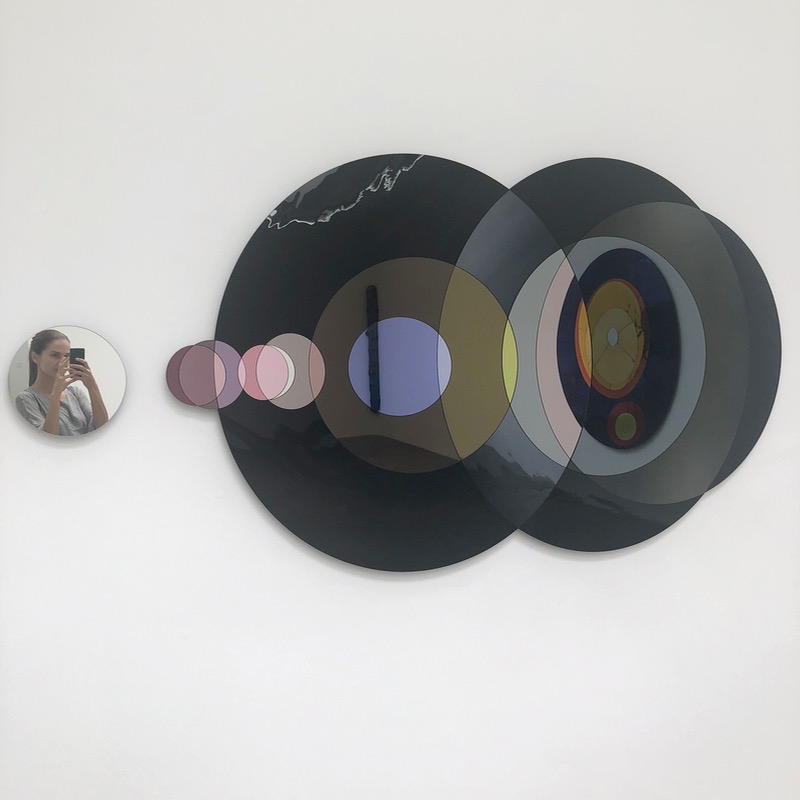 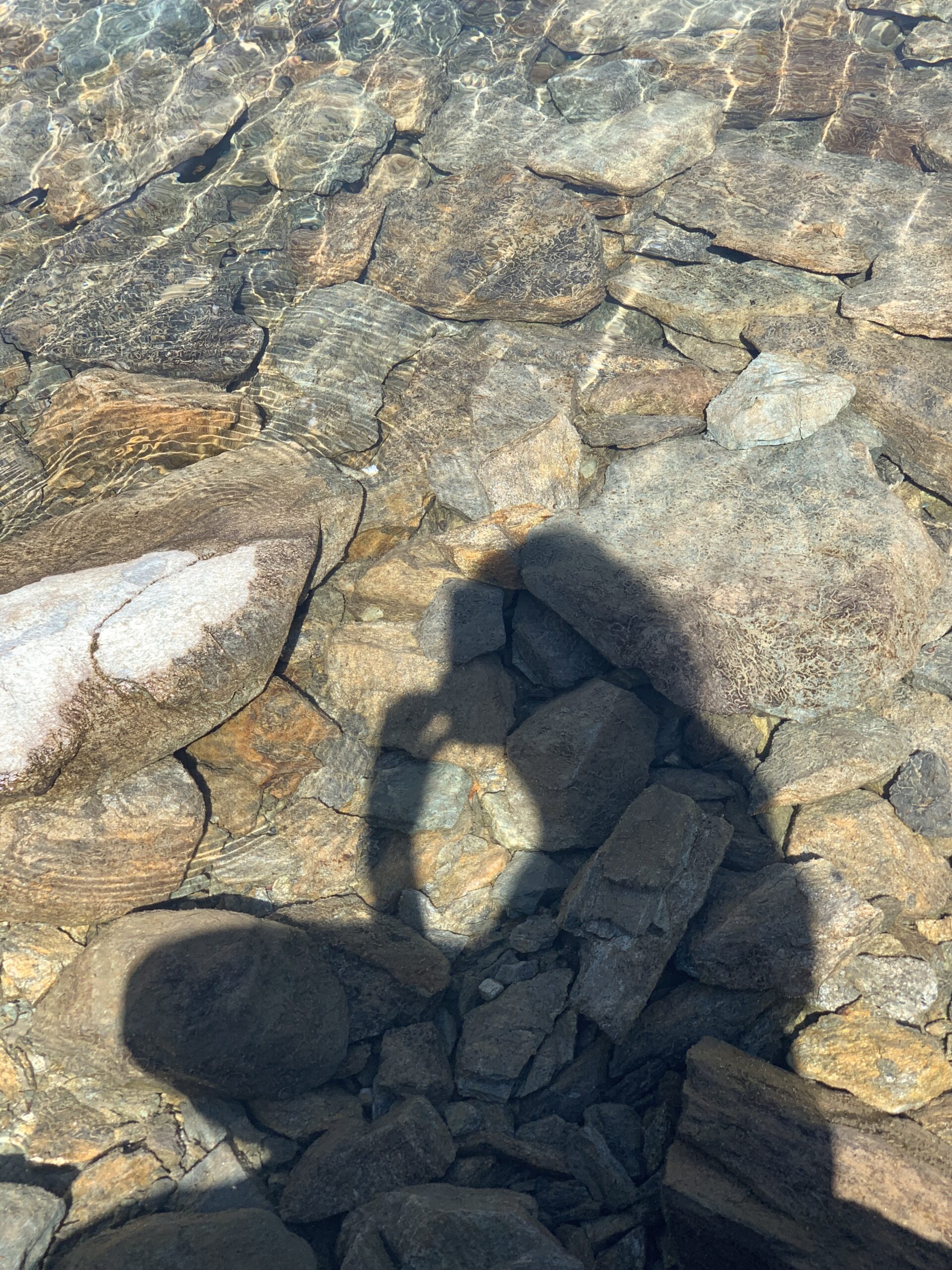 Perhaps. The Maya and the Aztecs believed so. The obsidian, and prior to them the pyrite mirrors were praised possessions by the powerful, who trusted in the magic of these “smoking mirrors”. Obsidian is of volcanic origin. This cooled lava must had wowed the ancient Mesoamericans in the region with extremely high volcanic activity.

Prior to these, a natural mirror, water, was used to divine meaning and fate. One of the greatest Aztec deities was the Lord Smoking Mirror, Tezcatlipoca. He was the patron of sorcerers and magicians, the giver of life and death, of all fates good and bad, that guided the rulers on the right path not just for themselves, but also for the entire civilisation. Belief renders doubt fearless! 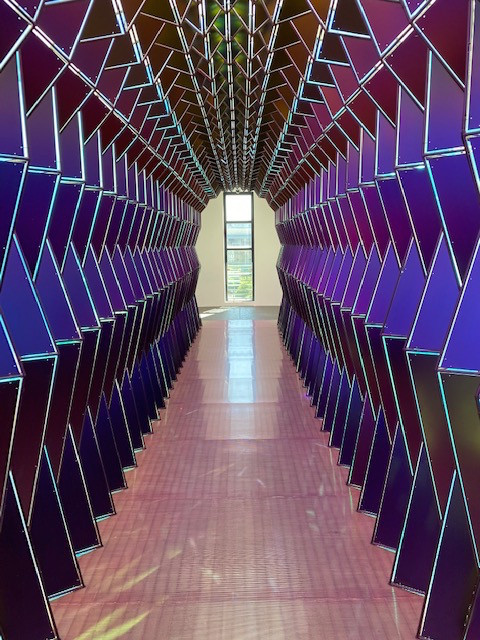 The Mirror of the Irrational Future through Past

Unscheduled will of changing minds —

—The offspring of wishful thinking

Divined through the lips of an oracle

A psychic connected above, beyond and under

Written in bones cast by the Greeks

Rolled through the physical shape of a dice

Revealing knowledge deep within the intuitive self

The future meets the past unclothed

The bones are souls, even when turned into ashes

The mystical is not as shrouded in secrets

Tell me, the obsidian mirror

Of the favours of the Gods

Glued together with a bat’s poo

A cooled lava spurted from the Earth’s womb

A smoky entrance ticket into the underworld

The power over life and death shrouded in desire

A bird flying high or low

The needs of the insecure

While, the astrologers’ planetary

Trysts with the stars

Peering into a box of water

In their own future-bearing banter

Decipher these mirrors reflecting the future 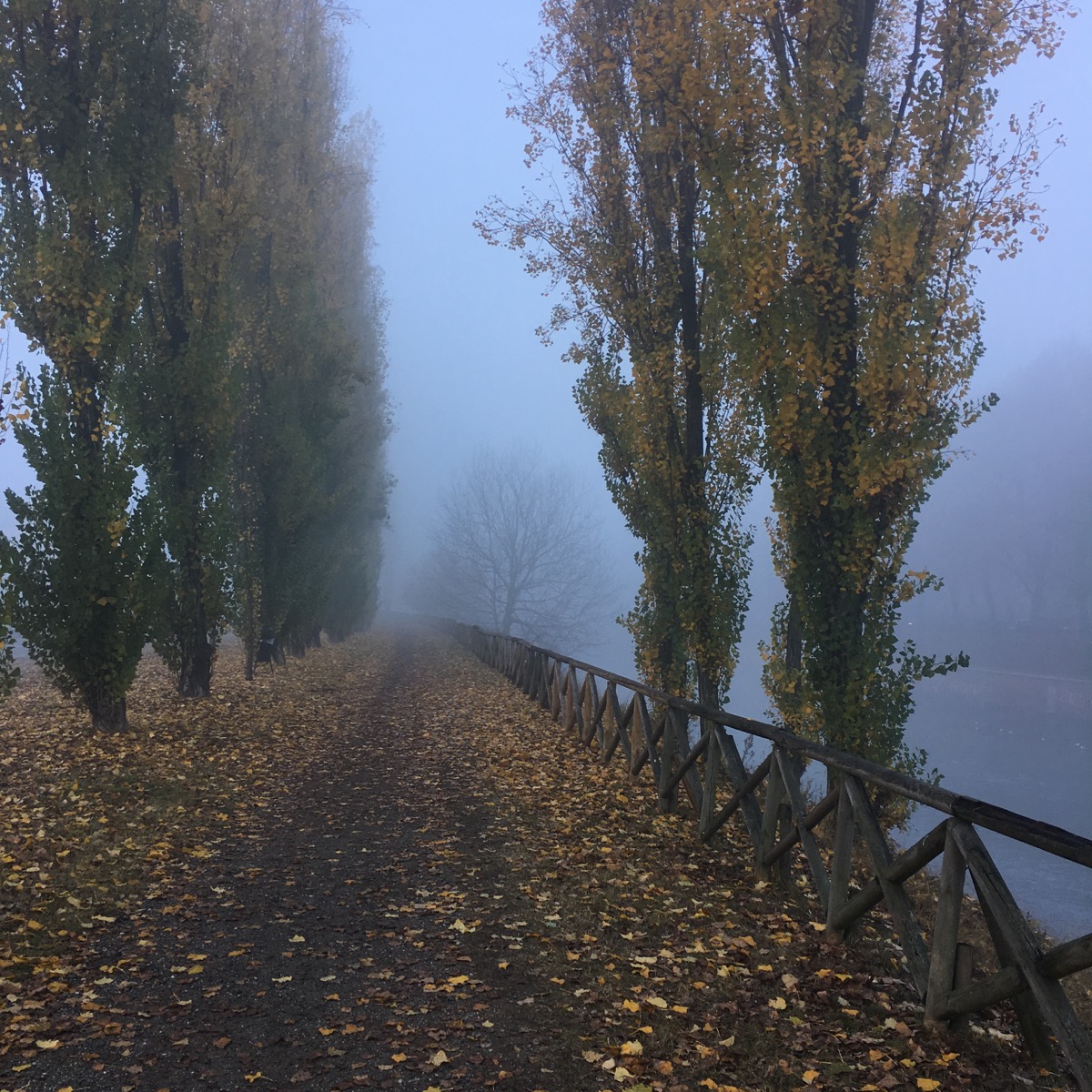 There were and still are in use are many distinct divination methods. I learned during an online course with the Harvard University. The influence of some diminished while others are being revived as trustworthy. The Astragaloi bones were cast by the Greeks in the height of its ancient culture. Now science explained comets, bones are left to the museums and dice is used more as a gambling tool, the Tarot is increasingly sold from East to West at bookstores and hip concept stores next to crystals and palo santo. 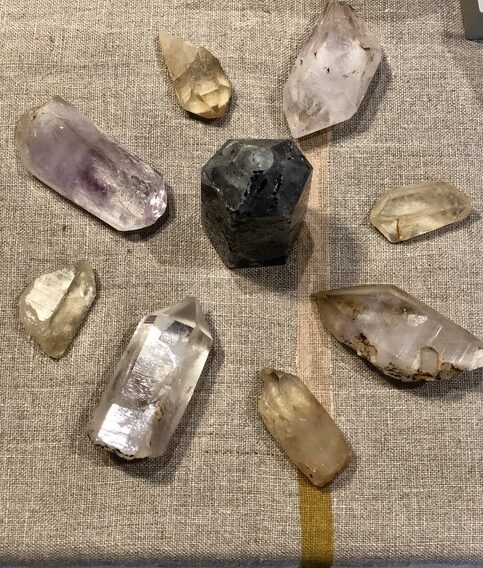 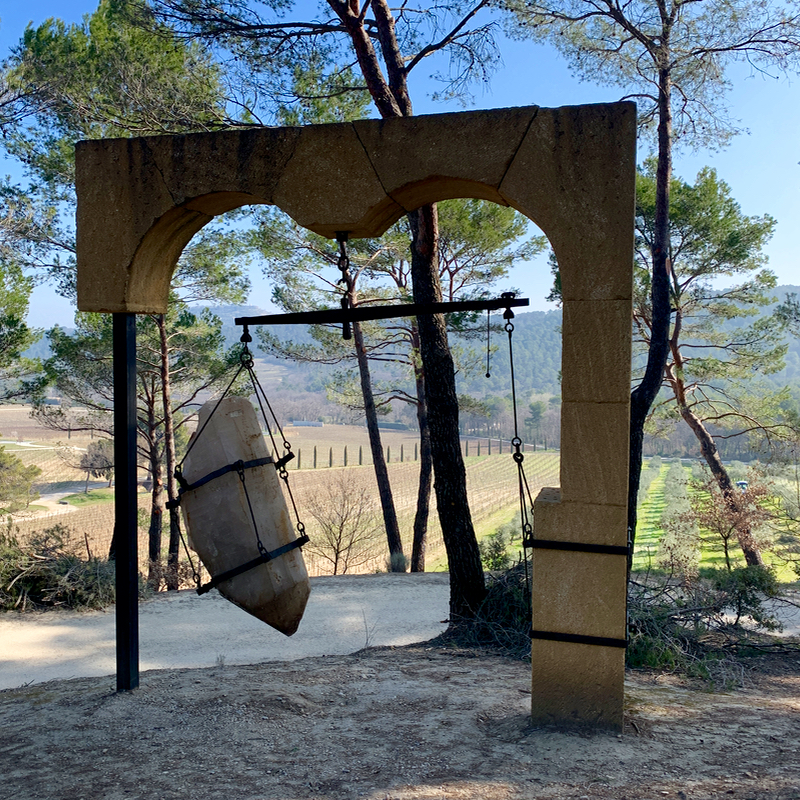 The Mesoamerican use of mirrors to predict future fascinates me most, perhaps because a bit like Tarot, this divination is not based on chance. There, the physical met the psychological character in these reflective objects. Western fairy tales such as the Sleeping Beauty by the Brothers Grimm also used the mirror’s divinatory proves to change the actual storyline.

Although mirrors seem to just reflect what is in front of them, they were viewed more as the windows into the meaning of what is beyond here and now. Some artists play with that idea in intriguing installations. Below, see the mirror of self on an exhibition at a former monastery in Provence. 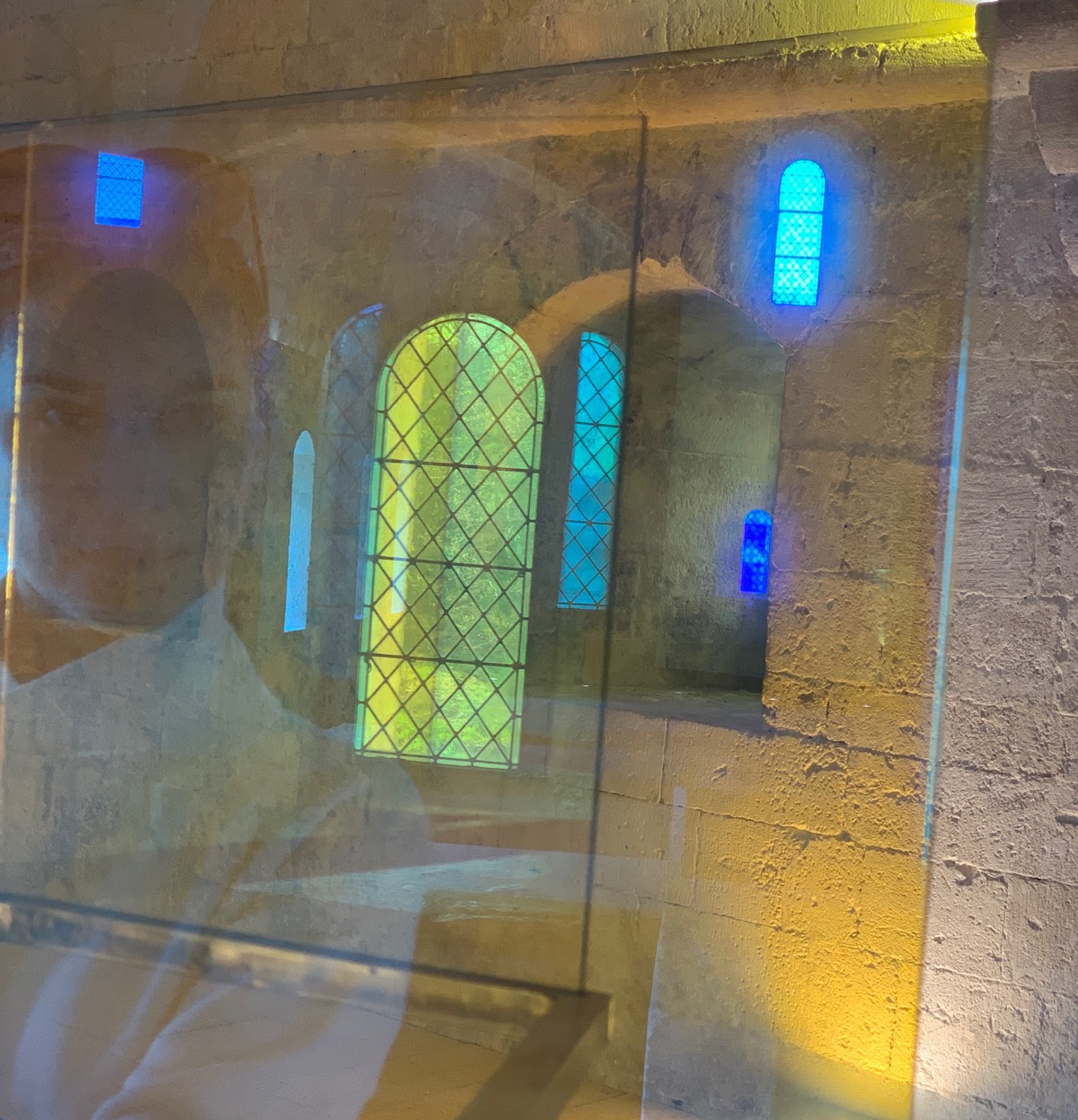 I love the poem Window Forough Farrokhzad in Summer 2020 Issue no. 233 of The Paris Review:

that ends deep in the heart of the earth

and opens out into this expanse of recurring blue kindness

Say something to me

want from you in return but an understanding of what it means to feel alive?

Say something to me

In the sanctuary of my window

I am one with the sun

————————-
Read more about the role of the mirrors in the ancient Mesoamerica: Olivier, G. (2003): Mockeries and Metamorphoses of an Aztec God – Tezcatlipoca, “Lord of the Smoking Mirror”, University Press of Colorado, Boulder, USA. If you want to learn more about the ancient divination that the course Predictive Systems that helps classify and understand similarities and differences amongst predictive methods across time and cultures. It is used throughout PredictionX at Harvard University.