There are famous, rare wines, established wine regions and awarded winemakers in the Old as well as in the New World. Yet, some incredibly passionate wineries took slightly different approach to winemaking in their region or found very unique pieces of land, where the grapes grow into extraordinary crops unlike any other in their vicinity. Some cost a fortune, others are cheaper than a lunch at a European caffetteria.

While Sassicaia made from Tenuta San Guido’s precious crop in Maremma, Tuscany, is an iconic wine and noone (we were told by many local experts) can have their terroir, that holistic combination of farming (viticulture), soil, and winemaking, it is an outlier of the past. Still copied by many local producers, no hands can reach its unique land’s vines.

Many redefined what wine in their region can be. By surpassing all expectations they paved a new way for others. The magnificent outliers I have selected here are not all trailblazing, young, and intrepid winemakers or wineries. Still, they stand out from their class creating rare wines you will hardly find on the supermarket or a typical wine shop shelves. These are mostly unknown to the majority of the rare Burgundy, Lafitte, Penfolds, Screaming Eagle, and similar labels seekers. 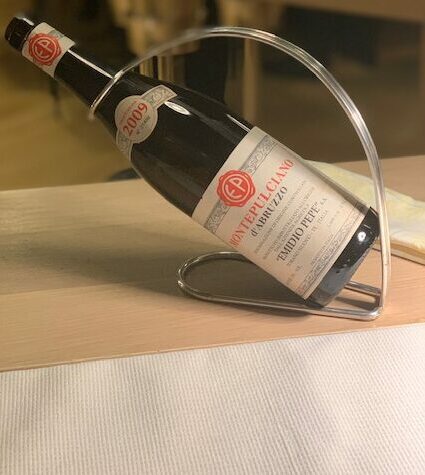 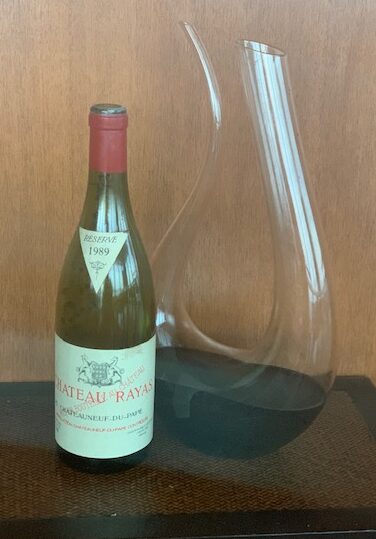 These rare wines redefine their class in Europe:

In France, voices down, gasping for air or oh la la, but this is something else! Château Rayas is the secret word whispered amongst those lucky to get a hand on a bottle or two. You will never see these Châteauneuf du Pape reds (whites are also made, but these are not the cherries on the cake) at wine tastings, fairs and if a restaurant has them on their list, perhaps there is only one, highly cherished bottle left for you. As the few insiders, we were introduced to this magic Jinn in the bottle by a savvy co-owner, wife of the chef and a sommelier at the Hostellerie Jerôme in Côte d’Azur. Ever since, insatiable, we could not stop tracing these bottles. You are taken on an emotional  journey right from the opening of the cork. The extremely low-yielding wine matured in the rare 450 litre “double-piéce” oak casks changes so dramatically from the first sip through few minutes later, an hour, two, even there hours pass, and you still gasp what has just happened. Rayas is a ride, a rollercoaster of what Grenache can be at its very best. Even the popes would approve this dissenter. Not blending like the others traditionally did from the 13 grapes allowed in the appellation. This pure Grenache enchants those refined Burgundy lovers, for whom Pinot is the king. The 1989 vintage a few years ago at a family-run restaurant in Provence was one of these bottles that stay forever coveted in my memory, but there were plenty more I loved. Important advice with Rayas, keep it aging, decant well ahead and sip patiently! The 2005 was an incredible vintage, for three hours since the opening it twirled and transformed enchantingly, then it closed up so I left it in a glass overnight. Voilá! My breakfast treat was well and alive again, pure liquid magic. 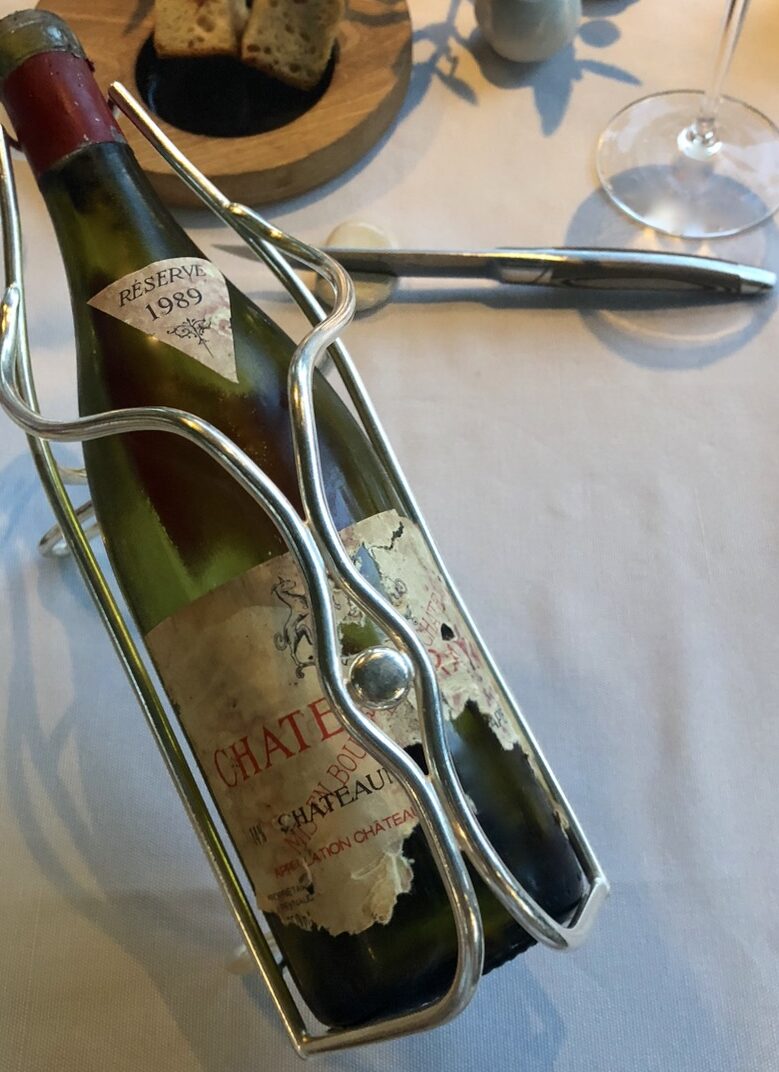 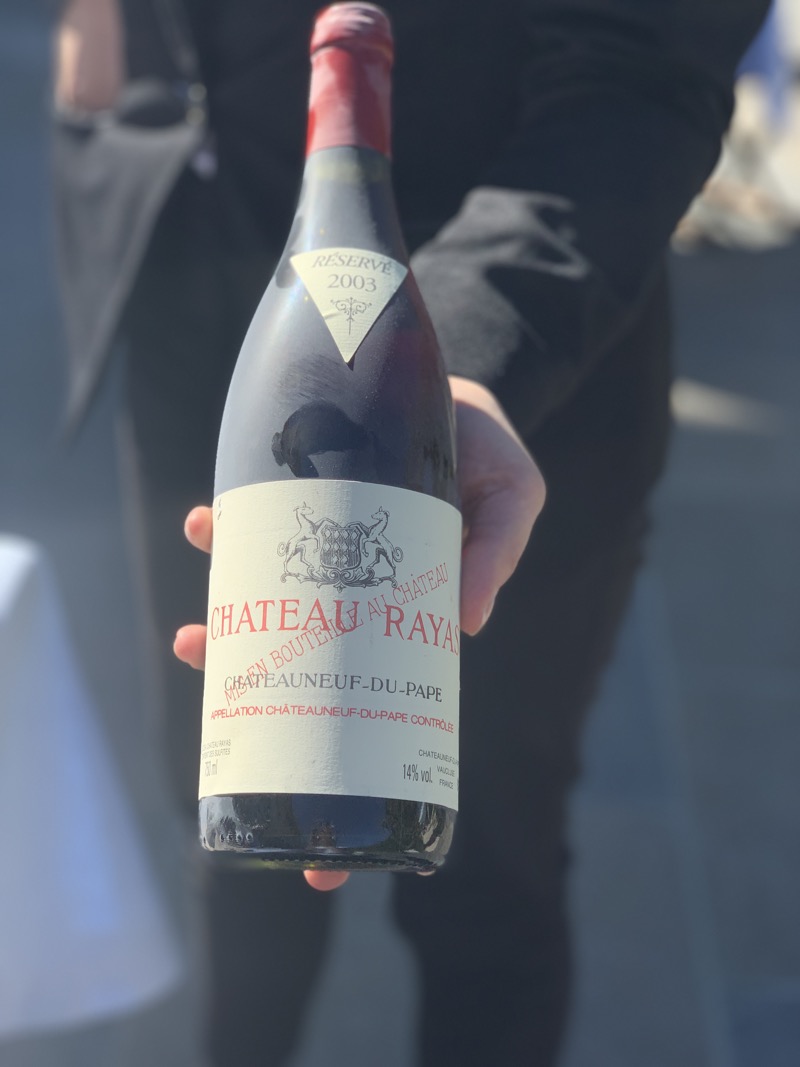 Italy has had a few resurgent regions popping up on the global wine lists. Barolo in Piedmont as well as Sicily were hip a few years ago. There are some outstanding wines made in either, yet none is as fine as Emidio Peppe‘s Montepulciano d’Abruzzo. Nesting in an earthquake prone region tucked Northeast from Rome by the Adriatic coast, Abruzzo is a poor farmers land known for rather tannic table wines. Apart from the saffron-gold-labeled Azienda Agricola Valentini, another outstanding producer there that introduced us to the region. Emidio and now his daughters create something similar to what Mr Jacques Reynaud and his son Francois of Château Rayas did in the Rhone. Biodynamic farming and winemaking goes without labelling it such, the wine speaks dynamically, lively for itself. My favourite vintages were 1997 and the 1983. The later tasting so young on both occasions I savored this 37-years-old vintage in the lockdown of 2020. Approachable right from the start without decanting, juicy and traveling me through earthy groundedness, fragrant gardens to sparks of ripe fruit. Emidio Pepe also has an intriguing cherry red rosato made with shorter skin contact of the Montepulciano grape. It reminds me of Sicilian Frappato, also a light-bodied red wine bordering a rosé. Their white wine made from Pecorino, not the cheese, but indigenous Abruzzo grape varietal, is ideal for a zippy aperitivo. 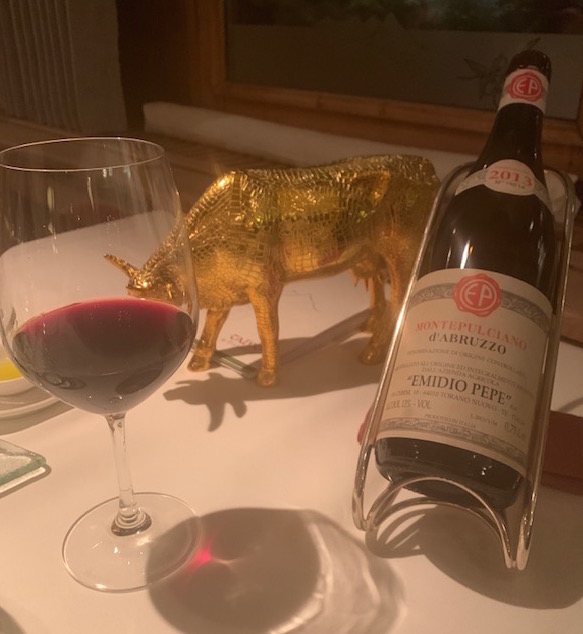 Another ancient wine making country, Greece, has been reborn into an internationally aweing expression of regional diversity. Like Italy, Greece prides itself with a gushing well of indigenous grape varietals honed by centuries of trial and error or stubbornly persevering throughout the ages on their native soils. I asked Lenka Sedlackova, MW and Greek wine expert for her nominations in the outlier category mastered there: Not far from the Gulf of Corinth the Tetramythos Winery‘s entry into natural winemaking may surprise you as something new in a country with vinicultural tradition as old as Greece, yet industrial conventional production has ruled this land of antiquity over the past century. Set in a mountainous Peloponnese peninsula, the altitude weathers off the heat of the summer. Varietals like Agiorgitiko, Kalavryta, Mavrodaphne (today more associated with Georgia), Roditis and muscat. Made into a retsina, blends or dry single varietal wines, these are incredibly affordable mouth-poppers. 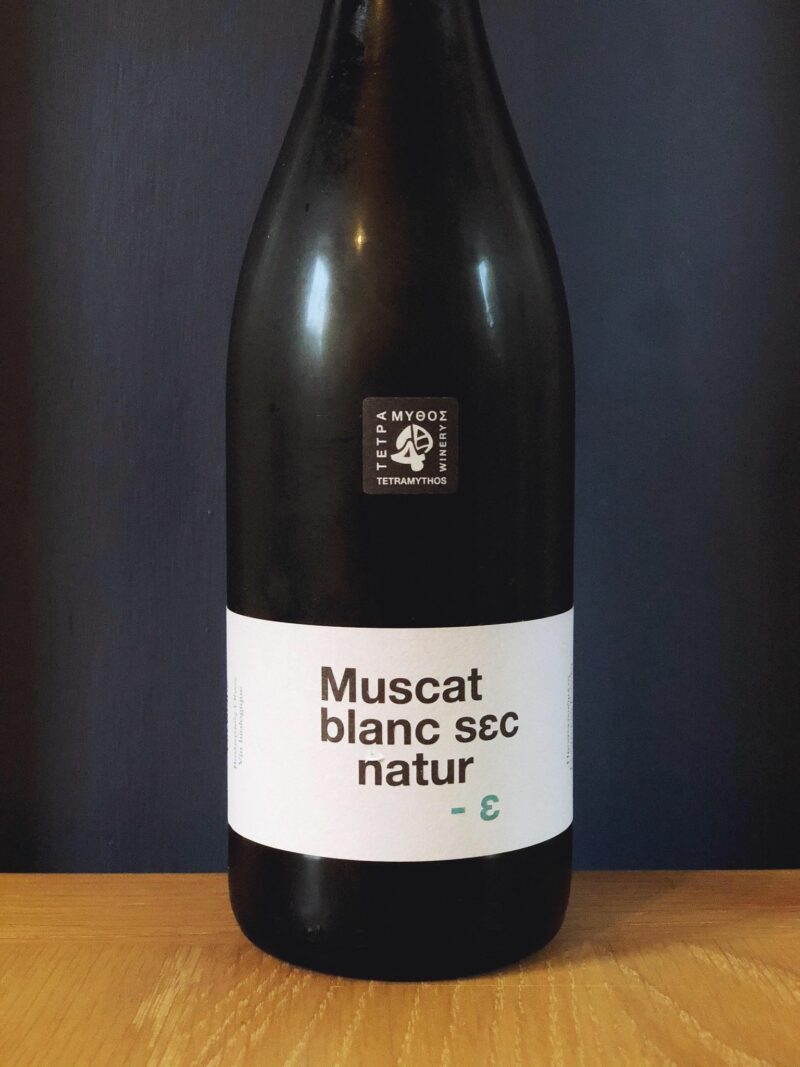 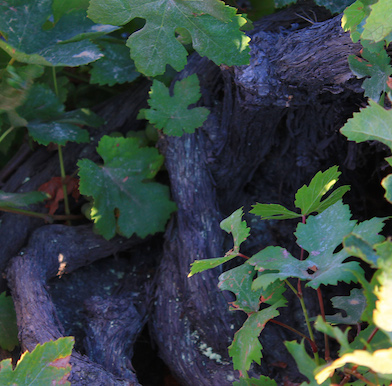 Another, intriguing outlier in Greece, a grape collector I would say, but more commonly today labeled as a flying winemaker, Nikos Karatzas has been touring Greece and looking for interesting projects with local indigenous varietals. His label Oenops means ‘wine face’. Co-creating with growers willing to share his approach open to experiment. He fell for the ancient amphora maturation for some of his creative offshoots. His Xinomavro has no added sulphites, he also works with Limniona and other varietals you will hardly find beyond the Greek borders. 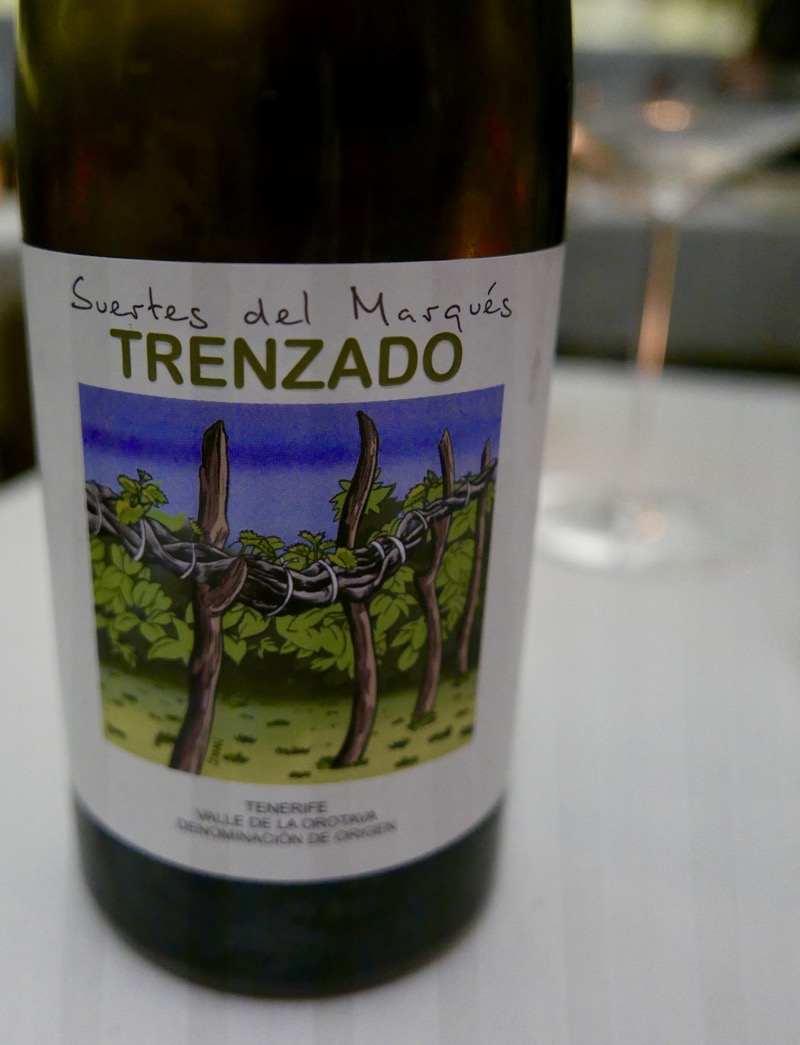 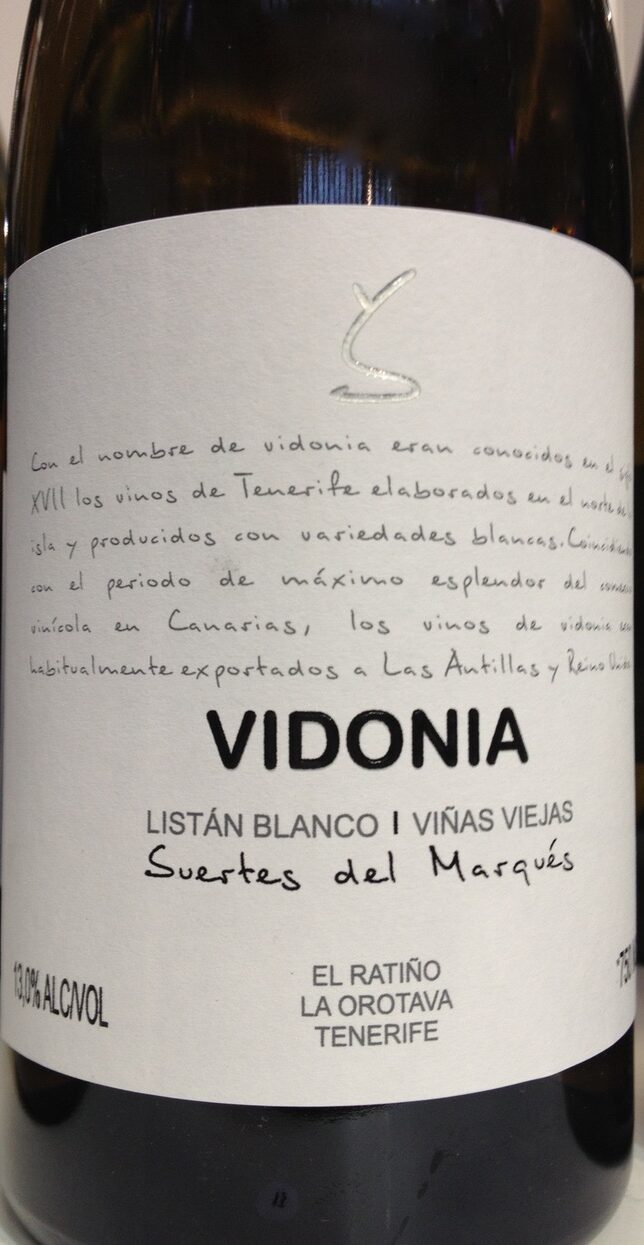 Spain has also shrug off its mass-produced bulk wines and the old-school legacy of Vega Sicilia and Rioja. While the white wine by Marques de Riscal still arouses me, sherries please my cravings for something nutty, Tenerife, a volcanic island in the Canaries, had sparked my eyes as much as Etna did over a decade ago. Here, the ocean wind tunnels help bring salt water, acidity, and balance to the wines on this warm island in the Atlantic. The humble Listan Negro and Bianco varietals lovingly embrace their volcanic home in the sensitive hands of a handful of producers. Suerte del Marquéz makes a supple, juicy and wonderfully long-mouthed red Trenzado that we like to order when available. Is it age-worthy? I do not know as usually you find them just about 3-5 years old on the wine lists.

By no means these wines par with Emidio Pepe and Rayas, but they much easier to get your hand on and aeons cheaper.